The Lessons I Learnt Facing Bells Palsy With My First Born

The Playmat That Doesn’t Look Like a Playmat – jnr.life Is An Interior Designer’s Dream

“My husband got sick of me talking about it and just said ‘shut up about it and do it!’ – Incy Interiors Founder Kristy Withers on Courage, Perseverance, and Her First Big Mistake 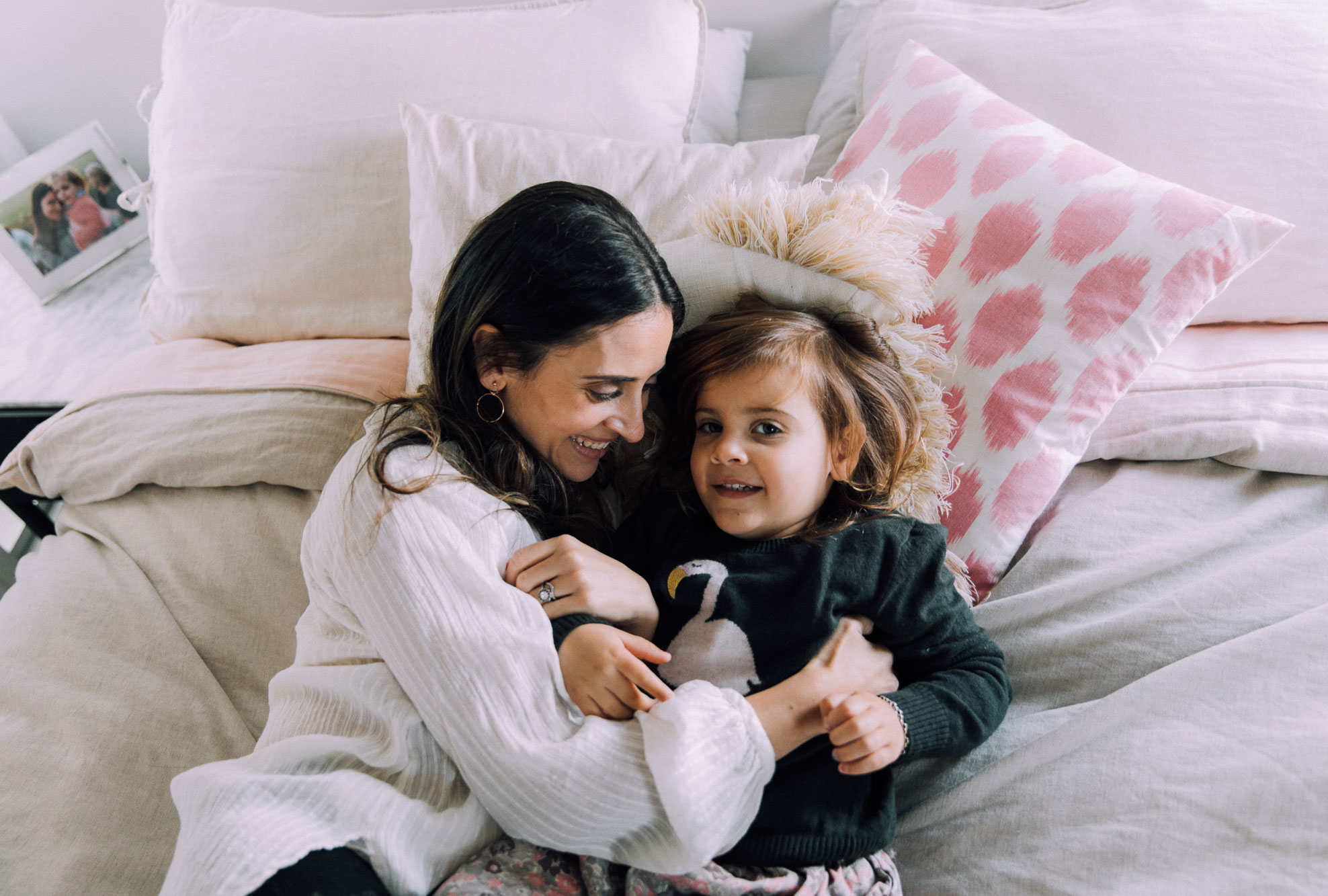 I’m not usually one for New Year resolutions, but this year I’ve been thinking a lot about how I want to make change...

I’m desperate to focus on less clutter, less plastic, less stress, and less stuff, and as I’ve been looking into simplifying most aspects of my life, I came to realise that my wardrobe was in need of a serious overhaul. Although I make a living from telling people what to add to their wardrobe each season, I’ve been in desperate need of a serious shake-up when it comes to getting rid of pieces. To be honest, I do have an excuse. The last few years have been focused on having babies and staying at home to look after them, so my wardrobe was a mismatch of old work attire, pregnancy-staples and breastfeeding-friendly garments that no longer held a place in my current working-mum life. After four years of juggling bellies and babies, it’s time for me to get back on track with my shopping and dressing options. Here’s how I’m going to do it…

1. I Will… Have a Shopping Plan

Yep, my days of mindless purchasing are over. I’m as guilty as the next person of treating myself to a “just because” buy after a particularly trying day with the kids/long day at work/on a Wednesday, but what I’ve come to realise is that it’s often in these on-a-whim shopping moods that I make bad choices which often end up unworn and unloved. This year I’m taking a more considered approach to purchasing and coming up with a shopping plan each season. This means going through my existing wardrobe, identifying the gaps, making a list and adding to cart as necessary. If it’s not on the list, it doesn’t make it home. I’ll bet my life that some of the world’s most stylish women have a less is more approach to buying, and in the current era of excessive spending/gifting being flaunted on social media, having an overflowing wardrobe suddenly feels so, so wrong.

2. I Won’t… Get Unnecessarily Tempted By Sales

In my life pre-kids, I was a champion at attending all the best sample sales. In fact, one of my biggest claims to fame was scoring a Marc Jacobs runway dress for the unbelievable price of $1 in a never-to-be-repeated one-hour sale promotion on a designer website. The thing is, I actually never wore that Marc Jacobs dress. In fact, I rarely wear and love any items of clothing or accessories that I hastily purchase, as they’re often a panic buy I make fuelled by pressure. Now? I get excited by two or three sales each season, and even in those instances, I don’t always make the most considered purchases. In 2018, I want to be less driven by sales and more organised in my approach to buying. With an appropriate shopping plan (see above), I’m hoping that my need to buy up big every time a sale approaches will lessen, and I’ll eventually only treat myself to the occasional sale buy that only adds to my existing wardrobe in the best possible way.

Look, I’m never going to give up on my cheap thrill buys, but I am going to make more of an effort to focus on quality versus quantity when it comes to adding to my wardrobe this year. When it comes down to the crux of it, I rarely hold on to any of my cheaper, chainstore buys longer than a year, and I simply don’t want to be that disposable with my wardrobe anymore. Quick fashion fixes rarely end up as forever pieces so I’ll be holding off on making a mad dash to Zara the next time I feel like I desperately need something new.

Ah yes, this is most certainly part of a bigger picture that involves less time on social media in general and more time in the real world doing real, meaningful things, but a part of that is also being less influenced by what the influencers are wearing. In fact, chances are if there’s an influx of people on social media all wearing the same thing (Hi, Gucci!), it usually means I’ll avoid it with a ten-foot pole, because really, why spend hundreds of dollars on something only to look like a clone of everyone else? Doesn’t make sense. I’ve made a conscious effort to delete half of my following list recently and only be inspired by a group of women that I find stylistically unique, clever, and most importantly, real, and it has done wonders for my personal style as well as mind.

5. I’ll Embrace… My Real Life as a Working Mum

Don’t get me wrong, I’m in no denial about being a mum, but it’s about time I realised that some of my old life’s wardrobe simply doesn’t work for my current life anymore. This was all the more apparent recently as I tried to pick up my 18-month-old son whilst wearing a short floaty dress… Being a mum doesn’t necessarily mean changing your style, but for me, it does mean altering it to suit my days chasing after kids. I’ll be focusing on more hardworking basics this year that combines comfort with style (think Everlane, Bassike and J. Crew), longer hemlines that are still flattering on my petite frame, and shoes that will take me from days at the park to 5pm dinners with ease. Effortless basics mean wardrobe longevity, comfort and style all rolled into one, and if that means that I’m turning a little “mumsy,” well then bring it on. Holding image: Grace Alyssa Kyo | Follow @marisa_remond