Content Warning: This article contains references to pregnancy loss and may be triggering for some readers.

“It’s really important to talk about pregnancy loss and miscarriage. Firstly, to open up the conversation. This is a societal issue it’s not just a medical issue with medical management. We all need to come together to champion the change that’s necessary,” says Samantha Payne, who co-founded The Pink Elephants Support Network to help provide the necessary tools and counselling for those dealing with miscarriage after experiencing the lack of support available for women going through the physical and mental trauma of losing a baby. “Everybody has a role to play in supporting the woman who is grieving the loss of her baby,” she says.

If you’ve ever experienced pregnancy loss – and 1 in 3 women in Australia will experience a miscarriage or 1 in 4 pregnancies will end in loss before 12 weeks – you’ll know it’s an experience, you’ll never forget. You’ll also know that the only way to survive grief and heartache, is with loving support around you. And for some people being open and sharing their story and connecting with other women is another powerful healing tool. Here, five women share their experiences with pregnancy loss…

The former editor of Australian ELLE magazine Justine Cullen published her first book earlier this year, Semi-Gloss, a collection of essays, takes us on a hilariously candid exploration of her life so far – and all the mistakes she’s made along the way. In it, she describes her experience with pregnancy loss and how her husband was her greatest support.

“I wanted to be as upfront as possible about miscarriage because it happens to so many women and we still talk about it with this air of mystery and secrecy as if there’s something to be ashamed of and so in my book, I thought I’m just going to blow-by-blow describe what happened because while it was a really emotional and tragic experience at the time, there was so much beauty that came out of it as well. Doing it together with my husband, I’ve never had such a sense of ‘wow, I could go through anything with this person and it’s going to be ok because of you’. That was my overwhelming feeling and, in some ways, when it was all over, I didn’t want it to end and be back in the real world. I was scared to open the door because I felt so safe and protected. It gave a new air of togetherness and felt so incredibly tethered to a person – I wouldn’t take that experience back as awful it was. I felt love amongst the sadness, and we went onto have a pregnancy that ended up in us having a child.”

Following multiple miscarriages and over seven years of fertility treatments, Philippa Pomeranz and her husband Josh devastatingly lost their twin babies, Ellie and Parker – delivered via surrogacy – after less than an hour following their births. But with the support of their family, friends, surrogate and medical team, they welcomed their third and fourth babies – the beautiful Hunter and Andie.

“My biggest support was my hubby. He’s my biggest cheerleader and still is. If I didn’t have his support, it would have been very different. He just held my hand the whole time. My mum was amazing, and so was my mother-in-law. I also had a handful of girlfriends. But it all just, really just felt out of control. Sometimes I couldn’t speak. Sometimes I would share. Sometimes I would just sit in silence. I’d cry in the bathroom.

There were some really random, beautiful new girlfriends that showed up for me, which was totally unexpected. Those are the girls that came forward and said, ‘Hey, listen, I’ve been through this. I’ve got you.’ And that was really beautiful for me.

My friends that are mothers, wanted me to be a mum so bad, that I felt that every time I had a miscarriage, they would be so upset for me as well. Now I really understand why, but at the time, it was just so beautiful for me to have that support, even though I felt extremely lonely.”

Like so many women, British celebrity nutritional therapist and best-selling author Amelia Freer just assumed she’d one day be a mother. But as she ended her thirties, she suffered a spate of miscarriages – including one that occurred while Freer was appearing on live TV, promoting one of her best-selling books – and doctors told her to prepare for a life without children. She fell pregnant at 41 with her first child. Her beautiful daughter, Willow, is now three and a half.

“I just think it’s so important to tell the truth and talk about these things. I didn’t know anyone that had had a miscarriage, and I don’t think I understood how emotionally crippling it could be. It’s just the shocking naivety, but I did not think for a moment that I would miscarry the first time I fell pregnant. It was just wonderful that I was pregnant.

We went for the first scan at 12 weeks, and the lady just went, ‘Oh, no. No. Sorry. There’s no heartbeat’, I was so shocked. And obviously, because of my age, it was really, really traumatic. And then that kept happening. Every time it was more and more of a panic. I think if you’re younger, you can potentially say, ‘Well, there’s still time,’ and have that hope that it’s going to work out for you.

What I found even more shocking, was again, people are just uncomfortable with you talking about it, and I really needed to talk about it. I couldn’t just zip it all up and go to work the next day and pretend that everything was fine, because my body was going through a hormonal cascade. My mind was in a mess. And I think it’s important that we give ourselves time to heal and recover from that, because it is traumatic.

I was very open. I shared with clients that this is what was going on, and I needed to reschedule some of their appointments, and might not be available for a few days. I shared with friends and family. I have been on a mission to talk openly about my miscarriages because it shouldn’t be this thing that we’re ashamed of. But weirdly, there is this kind of shame. One woman even said to me, “Oh, no. What do you think you did? You’re so healthy. What do you think you did wrong?”. As if it was my fault and I’d eaten the wrong food and that had caused my miscarriage. We still have a long way to go when it comes to how we experience, grieve and recover from miscarriages.” 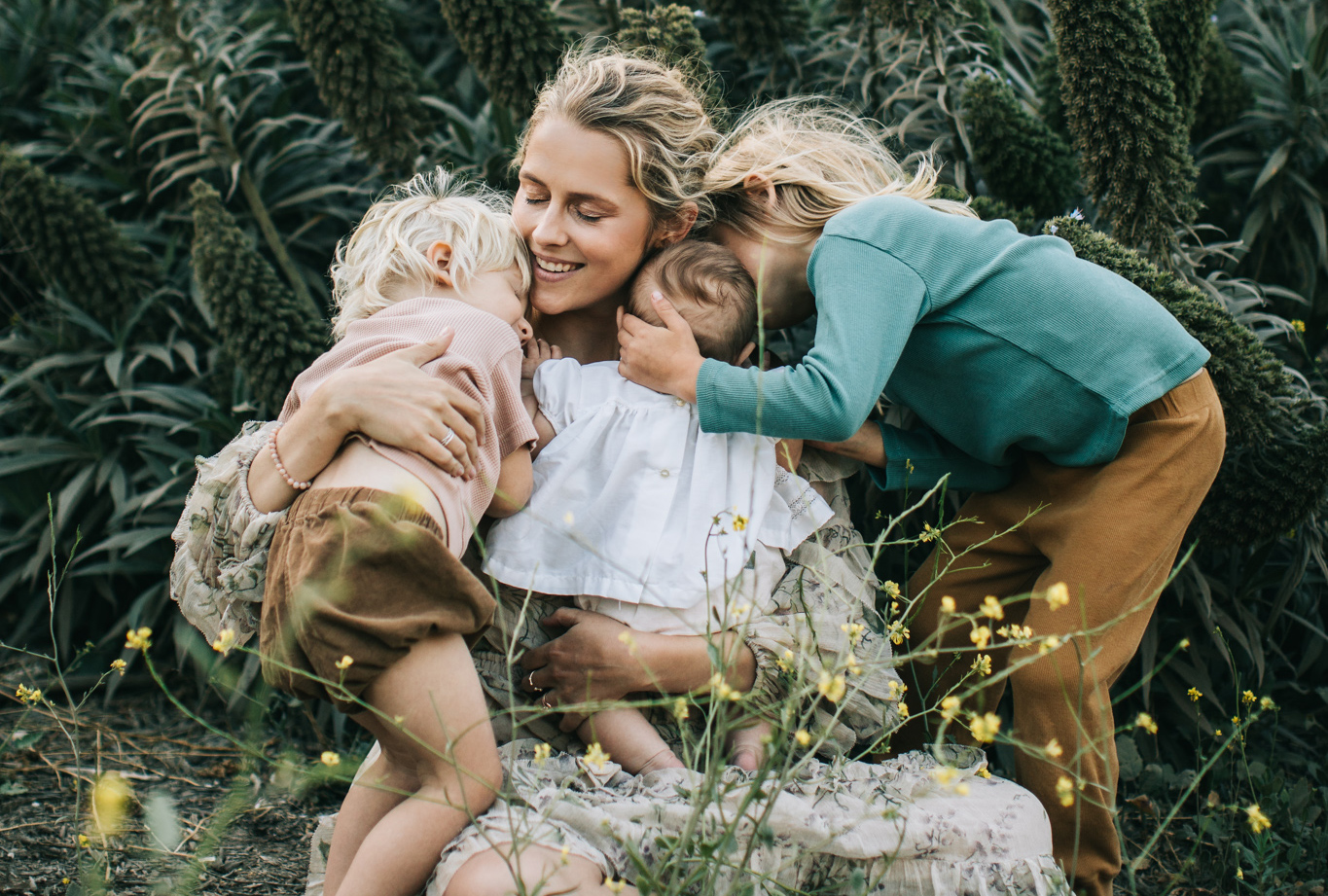 Fittingly for someone who embodies characters for a profession, Australian actor Teresa Palmer slips easily into many titles. Golden girl, Hollywood starlet, Earth Mother – they’ve all been used to describe the warm, open, and unassuming Palmer. From humble beginnings in the Adelaide Hills to the glittering success of Hollywood blockbusters, you can’t help but feel that Teresa Palmer is the same woman she’s always been. She experienced pregnancy loss with her second pregnancy. In her book Zen Mamas, which she co-wrote with her friend Sarah Wright Olsen, she devotes an entire chapter to the important topic.

“I thought I was untouchable. I got pregnant really easily and now I want to have my second baby. I was 29 when I lost my pregnancy. I thought, what, this isn’t supposed to happen. This wasn’t a part of the plan. It had taken us a little while to get pregnant. I just felt like I was hit by a truck going into the first heartbeat scan and being so excited.

I think part of my survival was just to stuff my feelings and my emotions and just get on with things. I was about to go shoot with Kate Shortland in Berlin and, and I just thought, oh well I’ll just move on, and it’ll be fine. I felt ashamed and embarrassed. I’m one of those people that tells everyone that she’s pregnant the moment I get a positive pregnancy test, so I had to go back and tell everyone, oh actually I had this pregnancy loss that no one’s ever heard of before. It was really hard and I think we weren’t in a period of time then where people were so openly sharing their pregnancy loss stories, which is another driving factor as to why we wanted to include it in our book and dedicate an entire chapter to pregnancy loss.”

British VOGUE’s publishing director Vanessa Kingori says the only role she was ever sure she wanted was to be a mother (her own mother is a celebrated midwife). Yet, her journey to motherhood was not without its challenges. She suffered a series of miscarriages, at a time where her career was taking off, and she suffered in silence. It wasn’t until her son Charles, now 14 months, arrived, that the full impact of her grief was felt.

“I was in a really demanding job, working predominantly with men, and so there was not a lot of space to grieve and so being very honest, what I did at that time was just push it down and get on with it and busy myself and of course, you think you’re getting through it really well. It wasn’t until I was pregnant with Charles and the pregnancy was progressing that all of the grief started to slowly surface. After he was born, I processed a lot more of that because I realised that I had so much fear throughout my pregnancy because I just didn’t trust fully that I would make it to full term and I really, really want to encourage women to talk about it more and I was never embarrassed or anything like that. I just was not in a position where I could talk about it outside of my family and I avoided talking too much with my family because I needed to go back to work with a smile on my face.

I was in a maternal, strange role at that time where everyone else was coming to me with their problems and it would almost upset people if I had a problem because it would be like, “Well she’s my rock and she’s not in a good place.” I took on this strange responsibility, which ultimately was not good for me. I really do a lot to try and encourage talking openly and finding safe spaces where you can discuss it in a day-to-day way.”

Genea can help you along your fertility journey. To explore options visit www.genea.com.au