8 Ways Parenting Changes You As A Person | Mom Lifestyle Blogs |

8 Ways Parenting Changes You As A Person

Home » 8 Ways Parenting Changes You As A Person

In fact, it turns you into multiple versions of the same person throughout the day. Here’s what Evelyn Lewin means: Photograph: Julie Adams

1. First Thing In The Morning Me (FTITMM)

FTITMM is concerned with one thing and one thing only: sleep, and the possibility of getting more of it. For that reason, FTITMM will try to ignore any non-urgent sounds. FTITMM is also angry. She regrets having spent the previous night going to bed too late (as usual). While she can’t do anything about that now, FTITMM has only one goal for the day: to ensure the later version of herself goes to bed early for once.

Coffee Zombie kicks into action just as soon as FTITMM has been shed. Like her name suggests, Coffee Zombie is half-asleep and desperately seeking coffee. Word of warning here: If you try to come between Coffee Zombie, and caffeine, there will be blood.

It all starts with the cardinal rule of children in the morning: Anything that can be done quickly will take forever. Enter Mad Dash Mum. Mad Dash Mum has about two seconds in which to get the kids dressed, teeth brushed, hair tamed and bags packed before being late for school. But that doesn’t deter Mad Dash Mum. Oh no, Mad Dash Mum brings a new meaning to the term multitasking. Mind you, once the mad dash is over, it’s time for…

The kids are at school, the house looks like a bomb’s gone off, the baby’s ready for playtime and the female parent has turned into a question machine. How can it only be 9am? Why aren’t I better organised? How can I become better organised? Why don’t I go to bed earlier? And when, oh when, will these questions end?

While she’s not a desperate coffee-seeking zombie, Late Arvo-slump Mombie is tired. Like, so tired she just put her keys in the fridge. Late Arvo-slump Mombie really wants a nap. She’s contemplating doing this but is worried the other mums might not appreciate having to step over her sleeping body at the school gates…

It’s been a long day (again), and Pre-bedtime Mum can practically hear the couch beckoning her, but the kids are still running around like they’ve been drinking red lemonade. Pre-bedtime Mum tries to tap into her inner Zen and breathe through her frustrations. Oh boy, does she breathe. In. Out. In. Out… Grrrrr.

Me Time Mama soon boots Loved Up Mummy to the curb. Me Time Mama wants to watch all the crappy TV, eat all the naughty food and do as much of the nothing as humanly possible. As far as Me Time Mama can see, she’s just a girl, standing in front of a boy, asking for him to shove up so she can sit in her favourite spot on the couch and scoff her salted caramel ice-cream. In other words, Me Time Mama is in her element and she is working it, girl. Besides, Me Time Mama is so blinded by all the flashing lights and pumping music (okay, her iPhone and TV), that there ain’t no way she’s thinking ‘bout nobody else. She’s especially not concerned about how tired she’ll be the next day. The way she sees it, that’s clearly someone else’s problem.

AS WE ALL STAY IN, ERGOPOUCH'S NEW COLLECTION IS JUST WHAT THE DOCTOR ORDERED 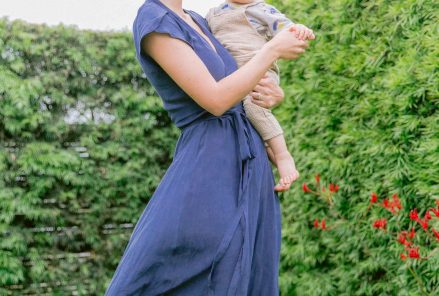 What is Polycystic Ovary Syndrome (PCOS)? Genea Fertility Specialist Dr. Sonal Karia Talks Us Through It

What is Polycystic Ovary Syndrome (PC...

As We All Stay In, ergoPouch’s New Collection Is Just What The Doctor Ordered 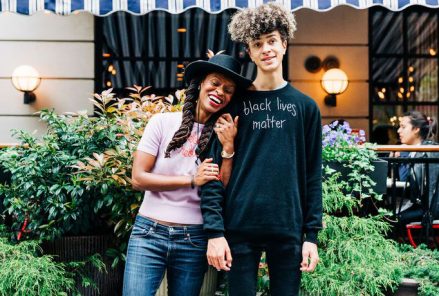 Ten Things We Learned From Our Podcas...