Ainsley Johnstone On How To Navigate Teen Mental Health 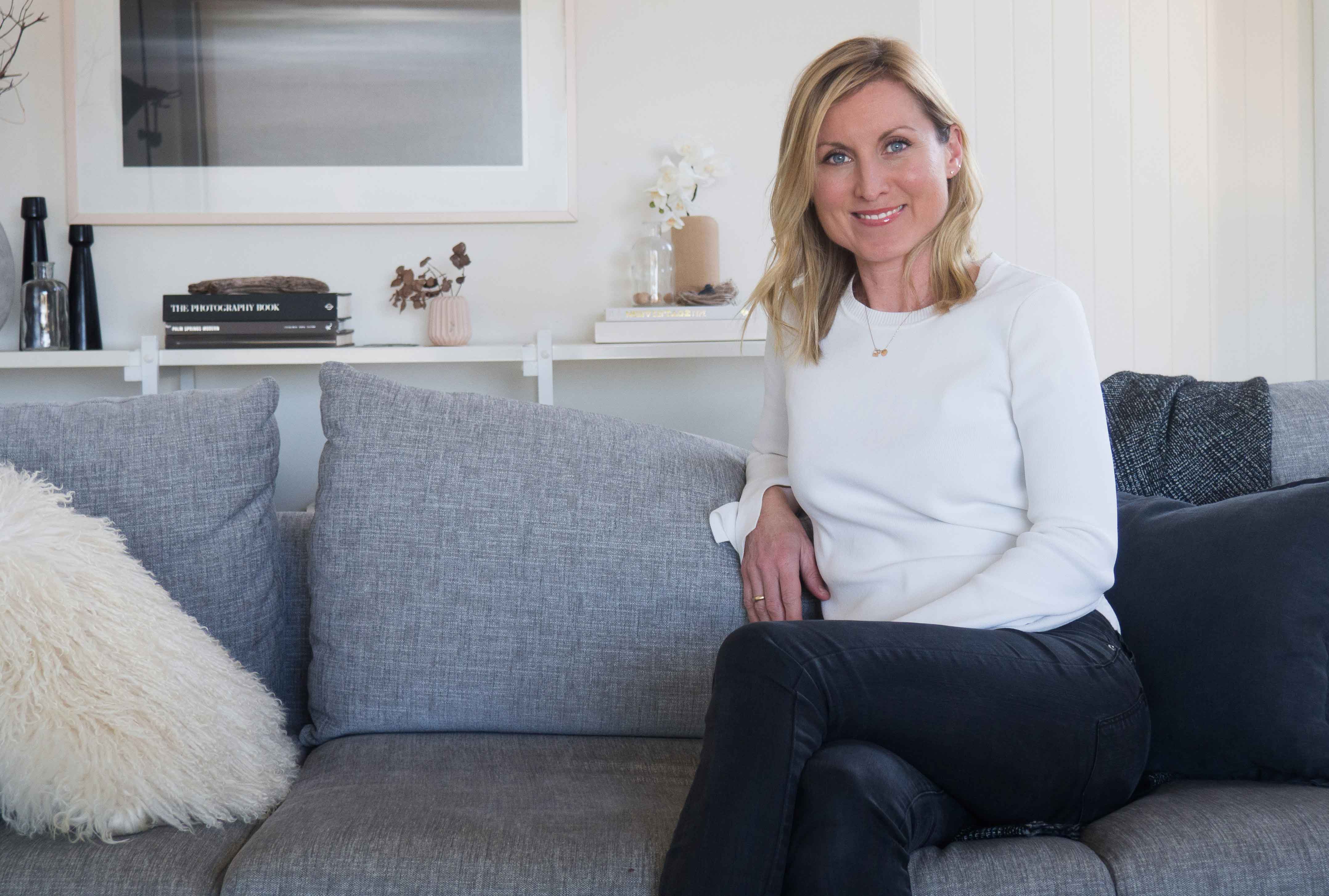 Last summer holidays we spent nearly a month traveling around New Zealand. We told our teen girls they couldn’t use their mobiles while we were there because it was going to cost $5 dollars a day which we weren’t prepared to pay for. They only had the occasional patchy WIFI to dabble in social media FOMO. They were initially a bit miffed but very quickly settled into the old days of only having a phone for music and we soon noticed a shift. They immediately started reading more, played board games, they drew, they played, they helped out and we even noticed them having conversations and laughing. Yep, with each other! It was a revelation. We were all re-connecting and it was bliss. The best part was they actually noticed this delight in themselves...

They genuinely actually seemed happier and more connected to what was around them rather than being connected to their screen. I thought we are on a fabulous holiday, so who wouldn’t be? When we returned I shared this wondrous story with others mums who also shared stories with a similar outcome; a noticeable shift in their teens from phone addiction gloom, boredom, restlessness and obsessiveness to having their pre-phone/social media sunny children back. When we hear that teenage depression, anxiety and other mental health issues are on the rise we all worry if this could happen to our own kids or if it may already be happening to them. The majority of mental illness is exactly that, it’s an illness and it needs to be treated and managed accordingly. This means it can be treated and managed like other illnesses. Going through rough patches in life is a certainty for everyone and our kids need to know that it’s ok. It’s ok to not feel ok and it’s ok to say so. It’s ok to share what’s going on without fear of rebuke, judgement or a ‘pull ya socks up’ comment’, to share the feelings. It’s not only the teens that are in the dark but so are many parents when it comes to dealing with these issues. There are many elements that can contribute to a decline in our teens’ mental health. They have so much thrown at them these days and often before they are maturely ready. Hello, American teen drama web television series 13 Reasons Why! I watched it and although I found some parts of the story shocking and confronting, it was a fantastic door opener to a really interesting conversation I had with my elder daughter. We talked all about the many issues they address in the show and have kept coming back to that conversation. Having said that, I have expressed to my younger daughter I don’t want her watching it yet as I don’t feel she is ready for the range of confronting issues explored. As parents we often find ourselves questioning what the right thing to say is, how strict we should be, what to restrict and when to back off? Should we let them have Snapchat, should we be looking at their Instagram feed? Are they playing too much Fortnight? Are we involved enough in their cyber life? Do we know what’s really going on with them and how are they really feeling? OMG, Are they happy? Holy S*^t what can I do? Am I a good parent? … sheesh! If we think there’s a lot going on, imagine the pressure and stress our teens are under. They are growing up very fast, ‘14 is the new 18.’ Social pressures have always been there but it’s not helped by the digital landmine of social media. Technology is changing, evolving and improving so rapidly that it’s nearly impossible to keep up and none of it has been around long enough to measure the impact on any of us let alone the biggest consumers – our teens. In my mind, social media although here for the long haul and although it has many positive aspects, also has a lot to answer for. For many teens, it’s like being given a car and told ‘good luck!’. They’re overly exposed to too much information. It’s this constant need to be liked, shared, commented on etc. We’re all on show, we’re constantly comparing and it never seems to end. Just look at the number of apps there are for facial retouching for the perfect ‘selfie!’. So when it comes to the mental health and wellbeing of our teens, there are simple things we can do right now. These are things we all know, but often forget how important they are when it comes to our mental health. We once saw Steve Biddulph speak and the quote that has always stayed with me was ‘What’s my greatest advice when it comes to teens – grow a bloody backbone!’. Which is a great place to start – be a parent, not a friend. Be involved but not a ‘helicopter’ or a ‘lawnmower’ parent.

Create strict rules around social media and technology use. Look into apps that can manage usage such as OurPact. Talk about and encourage self-regulation – it’s something they’ll have to learn for themselves, however, starting to make them aware of this now and its benefits will help them long term.

I am constantly shocked and saddened by the amount of processed crap kids are eating every day like it’s completely normal. Their guts and brains need nutrient dense whole food. So much research is out about the importance of good gut health and a recent Australian study has shown that a diet lacking in nutrients can lead to a lower academic performance in the classroom. According to the W.H.O, a diet lacking in nutrients is a major risk factor for many chronic diseases which are developing younger and younger. Now is the time to be setting our kids up for a life of good eating habits, so that eating nutrient dense food is the norm, not grabbing a packet of processed rubbish. They are building the foundations of their bodies, their cells need all these nutrients to maintain every part of the body, most importantly the brain. Simply put food affects mood.

The research out now show that teens need over eight hours of sleep per night to perform and function at their shiniest. Again it’s one of the bodies most basic needs. Smart devices, computers, gaming consoles and TVs should be out of the bedroom. The blue light from screens stuffs up the circadian rhythm for good sleep. Make the bedroom a sanctity for sleep, rest and the occasional good book.

Sometimes this can be a challenge. Talking often, honestly and openly from a young age sets you up with a great foundation to build upon. It can make it much easier to tackle the hard stuff. We love hearing our teens opinions about their life, world topics and most importantly understanding themselves and their emotions. Teens are emotional and reactionary, that’s what’s great about them. It’s important for them to begin to understand their emotions, their strengths, their values, their beliefs and have a dialogue about it. I was lucky enough to see Professor Lea Waters speak recently at a Positive Education conference and she is a bit of a hero of mine. She talked about strength-based parenting. Something she said really struck a cord and helped us make a decision we had struggled with, something that was creating stress and unhappiness. As legend Lea explained through her research, “if we only focus on a child’s weaknesses they will only ever improve marginally. If we focus on their strengths, the sky’s the limit on what they could achieve”! Listening to our teens is as equally important. Just being there to listen, without quickly rushing to fix or judge is powerful. Even when you desperately want to help, it’s best to shut up and let them speak. Never underestimate the power of a question, like ‘What do you think the outcome would be if you did that?’ ‘How would that make you feel?’ – these types of questions get them solving the problem without you being the armchair general. Often they just need to download, to work things out themselves. It’s SO important they work things out themselves. It builds resilience and understanding of self.

This plays a huge role in the mental health of our kids. If we are stressed, chances are our kids will be too and this is a contributing factor to being mentally unhealthy. We must do everything we can to make sure home is a safe, nurturing, fun, happy and calm place for them to land. This is sometimes really hard, I know, I’m really trying hard to pay attention to my reactions and not become the mother dragon that many of us are guilty of. Damn it’s hard! But if we can pay attention to ourselves as parents and be conscious about the way we react to stress, even if we are tired and our teens are still on their phones when you have asked them five times to feed the dog!! If we can, not only will we be helping ourselves, we will be helping our kids learn how to deal with their own stress and reaction to difficult situations. The good news is there are many fantastic organisations and experts who are passionate about not only helping our young people but helping us to parent better and navigate all the scary stuff. We need to be better parents, not friends. Teens still need and appreciate boundaries/rules and strong values. This all contributes to them being mentally healthy. If you are worried about your child or teen whether it’s behaviour, anxiety or anything you suspect is not making them be at their best, seek help straight away. The earlier you start a conversation, the sooner problems become less. In closing, even though teens may roll their eyes and appear not to be listening, they are – so keep up the conversation and always leave the door open.

Words: Ainsley Johnstone Ainsley Johnstone, is a food stylist, recipe developer and occasional photographer and illustrator. Ainsley is a passionate mental health and wellbeing advocate; she has co-authored international bestselling book Living With a Black Dog (a must-have guide for the partners, family, friends and colleagues of depression sufferers. It includes practical advice about recognising the symptoms of depression in a loved one, living with a depressed person and helping them to tame their Black Dog) and has also spoken at the World Health Organisation. When she is not being all foodie she lives in Sydney with her hubby, two lovely girls and dog Cookie.