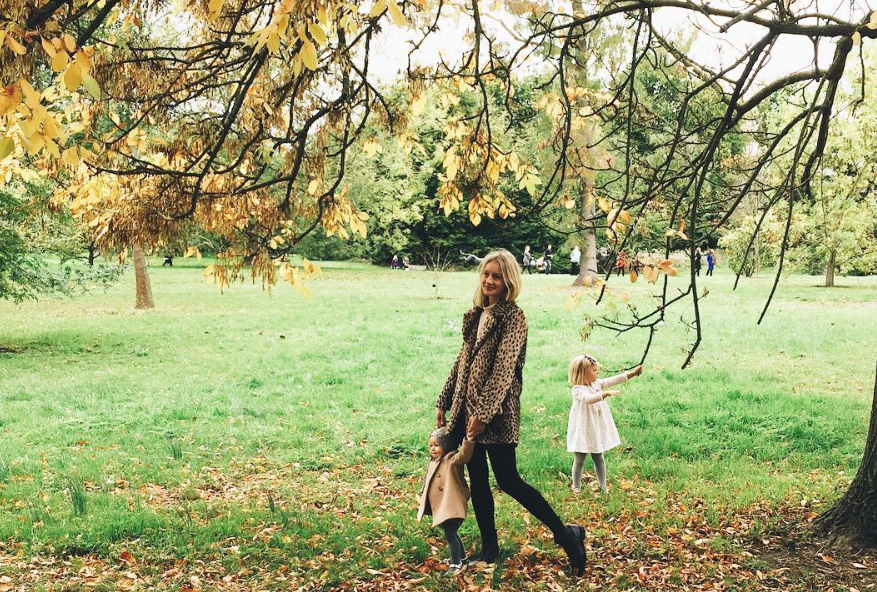 A few years ago, I would be hard pressed to tell you who lived next door, let alone on my street. As I breezed in and out of our place, from work, to drinks with friends, to dinner with my husband, I was always too busy to really notice who resided in the apartments or houses close by. If I did happen to run into neighbours I would exchange a smile, a brief hello and be on my way. Nowadays I know most people on my street well enough to stop and have a conversation, and I catch up with three of the girls who live near me most weeks. The reason I have gone from barely recognising my neighbours to counting them as friends? Motherhood.

The truth is, I didn’t need to be well acquainted with anyone in my area before I had children. The fact that my friends were scattered all over London didn’t matter. We would simply meet in the centre of the city after work or on a weekend, then disperse again to our different neighbourhoods. That all changed after the birth of my first daughter. What once would have been a casual weekend meet-up became a frustrating trip, navigating crowded tubes with an unwieldy pram and unsettled baby. When I went back to work it was the same situation. My nights were no longer free for impromptu drinks like before as I had to make the mad dash back home from the office for nursery pick-up at 6pm. It’s unavoidable fact that becoming a mother has made it much more difficult to catch up with friends. That’s not to say I have lost touch with them, I still adore my old friends and would love to see them more than I do, it’s just that having children has meant that regular catch ups no longer happen. A once spontaneous dinner after work, is now an event that takes weeks to plan, dependent on when my husband can leave the office early to pick up my daughters from nursery. If it happens to be a friend who lives on an opposite side of the city who also has children, it can sometimes be months before we eventually find a date to meet.

It’s for this reason that I feel lucky to have made new friends who live nearby too. My neighbours are girls that I would be friends with regardless of whether they had children, (I instantly knew I would get along with the girl who moved next door when I discovered she too shared an obsession with Charlotte Olympia’s kitty flats), but the fact they are mothers, has meant the path from acquaintance to friendship has been fast-tracked. There is nothing like seeing another woman in their sweatpants with baby sick down their front or dealing with a toddler tantrum to instantly erase any sense of formality. Spending more time at home due to maternity leave and working part-time, also means I happen to meet my neighbours by chance more frequently, so spur-of-the-moment catch ups still occur, only now it is a play date in the park or a Sunday lunch organised on a whim. While I miss the freedom of being able to meet up with friends whenever I like, motherhood has conversely enriched my sense of friendship. Now it is not so easy to meet up with old friends, it makes me value the time we do get to spend together even more. And when it comes to new friends, having children has shown me that if you slow down and take notice of the people around you, you may just find friendship right next door. Words: Amanda Woodward-Brown