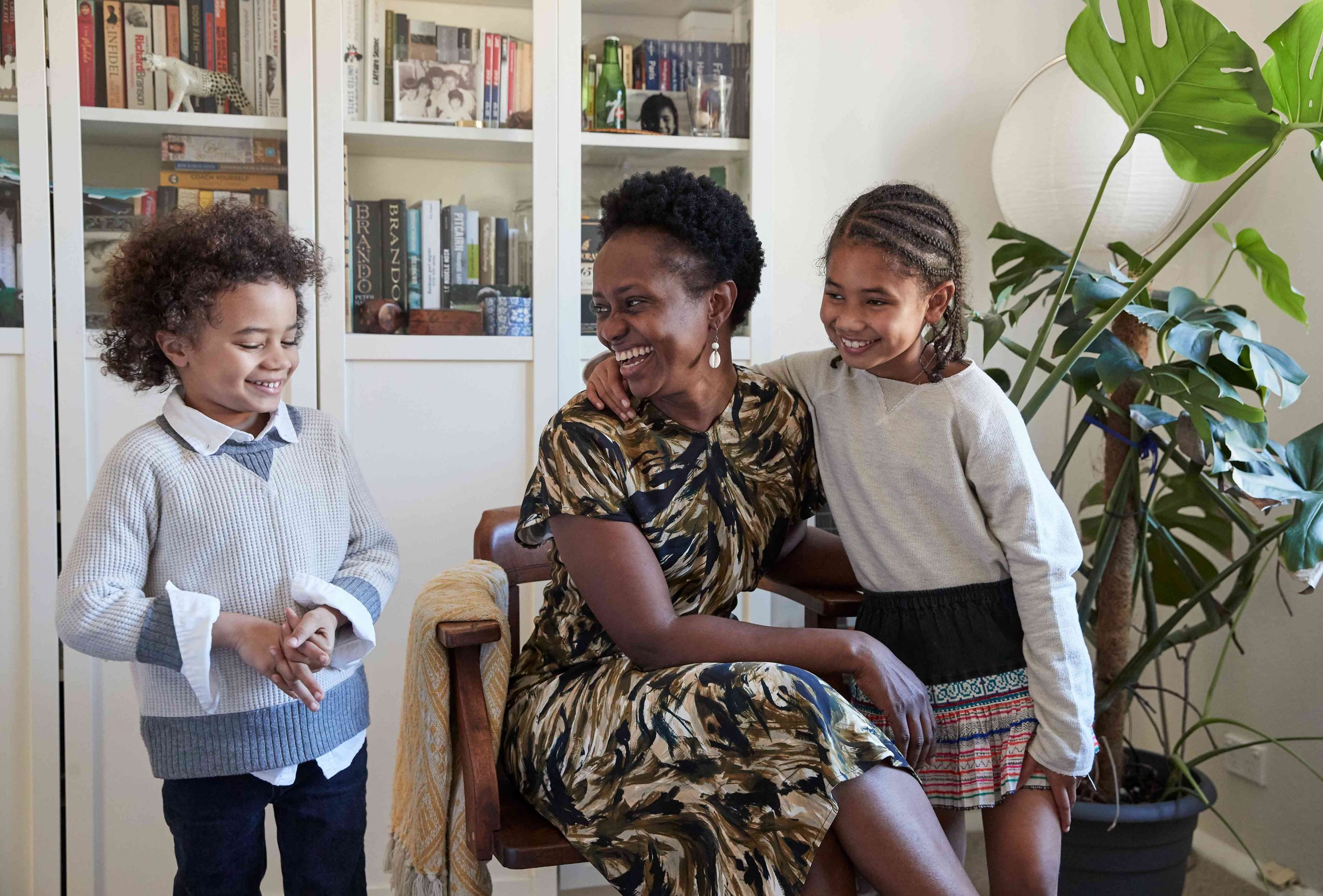 Aminata Conteh-Biger is one of the most joyful people you will ever meet. And if you’ve ever wondered how practising gratitude can change your life, she’s case in point that it’s truly transformative. Yet, behind the warm smile, there’s a story full of heartbreak, but also inspiration, courage and love which she has just turned into a memoir entitled Rising Heart, which launches this week. Her new book tells her life story...

In 1999, Sierra Leone was in the midst of a brutal civil war where mindless violence, vicious amputation and the rape of young enslaved women were the everyday weapons of bloody conflict. It was also where rebel soldiers snatched 18-year-old Aminata Conteh-Biger from her father’s arms, then held her captive for months. After she was released, the UNHCR recognised that her captors still posed a serious threat to her safety. So, still in her teens, she was put on a plane and flown to Australia to start afresh as a refugee in a land she knew nothing about.

It is here that she has proudly built a life, while never allowing her trauma to define her. Yet it was a near-death experience she suffered during the birth of her child that turned her attention to the women of Sierra Leone – where they are 200 times more likely to die while having a baby than in Australia. So she set up the Aminata Maternal Foundation, then returned to the land of her birth to help. In this week’s episode of The Grace Tales Podcast, she shares her life story, which she has written a book about, entitled Rising Heart, which launches today. Aminata is now an author, inspirational speaker, performer, mother and wife, and former refugee turned Founder and CEO of the Aminata Maternal Foundation.

It is a privilege and honour to have Aminata as our guest on The Grace Tales Podcast, where she shares her story with our host Georgie Abay. Here’s a peek of their conversation. 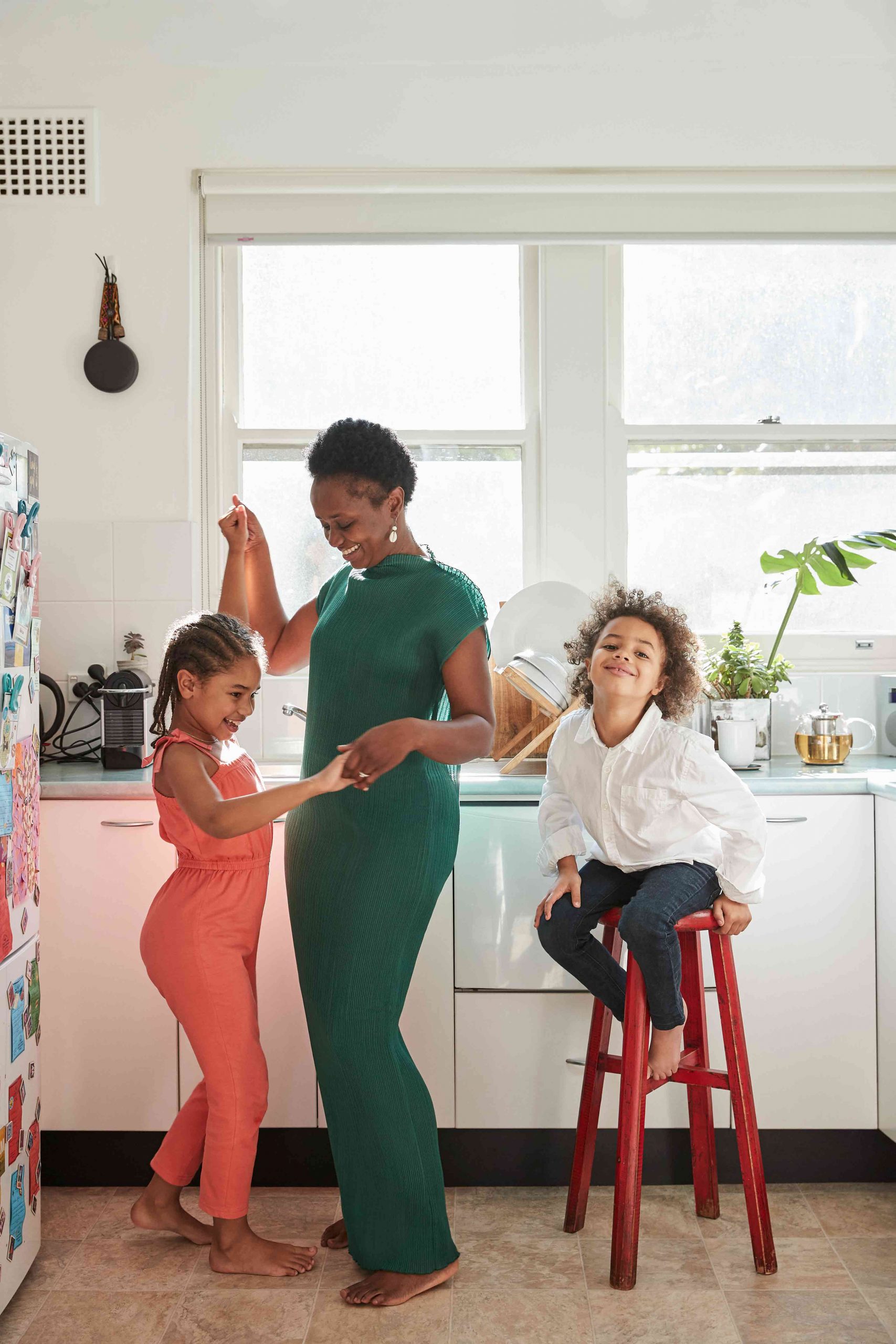 Tell me about your childhood…

My parents separated when I was three and I grew up with my father and with three other siblings. Education was very important. He believed that through education, we can achieve whatever we want to achieve. He put us in one of the best boarding schools. I never heard my dad say that he loves me, but I have never doubted how loved we were and how he protected us.

On the 6th January, 1999, when you were 18 years old, soldiers from the Revolutionary United Front swept into Freetown, the West African countries capital, part of the brutal rebel force responsible for an 11 year civil war that would end up claiming more than 50,000 lives by the time it ended in 2002. And on this day, you were captured by rebel soldiers during Sierra Leone's civil war. Take me back to the events of this day…

I remember this day so clearly. We went to bed and it was a normal school day. We just heard a voice screaming and we started seeing smoke from the window side. We knew straight away finally after 10 years or so, the rebels have come to the capital city, Freetown, where I grew up. So, we knew straight away they entered finally. It was almost like when you’re in a desert or in an animal safari and you hear all the lions or elephants running towards you. People started banging on our gate because our house was so big. There were so many people, I think over 1,000 of people because our house was big. We locked the gate. From inside, we could see the horror of what was happening. Houses and people were being burned… you could see the horror, but you can’t do anything about it. After a while, you start to smell burning flesh. It’s always difficult as I talk about this – I’m back in that space right now. It was a nightmare.

Tell me about the moment you were captured?

I was holding my father’s hand and it was shaking because he had Parkinson’s Disease. The rebels asked everybody in my house to come out. We were standing in a small field, and I just saw one of the rebels look at me. I just knew he was coming for me. I also knew that if he comes for me, my dad will fight, so the moment he walked towards me, as soon as he said to me, “You come here”, I let go of my father’s hands. I didn’t look back because I knew how protective my dad was of his girls. And I didn’t want to see his face. So, I just walked towards this person, who took me away. My dad was never the same person again, ever.

In your new memoir, Rising Heart, when you talk about rape, you explore how shame is what isolates victims and prevents them from speaking out. How have you dealt with this shame over the years?

Even when people didn’t know I’d been raped, I felt like they would know by looking at me because I knew something had been taken away from me. The shame takes your self-confidence away. In the book, I talk about how I thought not sleeping with a man for years will make me a virgin again. I wanted to be pure again. Then you have the guilt too – you think you’ve done something for that to happen to you. It took me years for me to start dating because I just didn’t want any attention. Also, if I dated you and you find out that I’ve been raped, has that diminished the value that a man has for me? For somebody coming from African heritage, we don’t really know anything about body trauma. 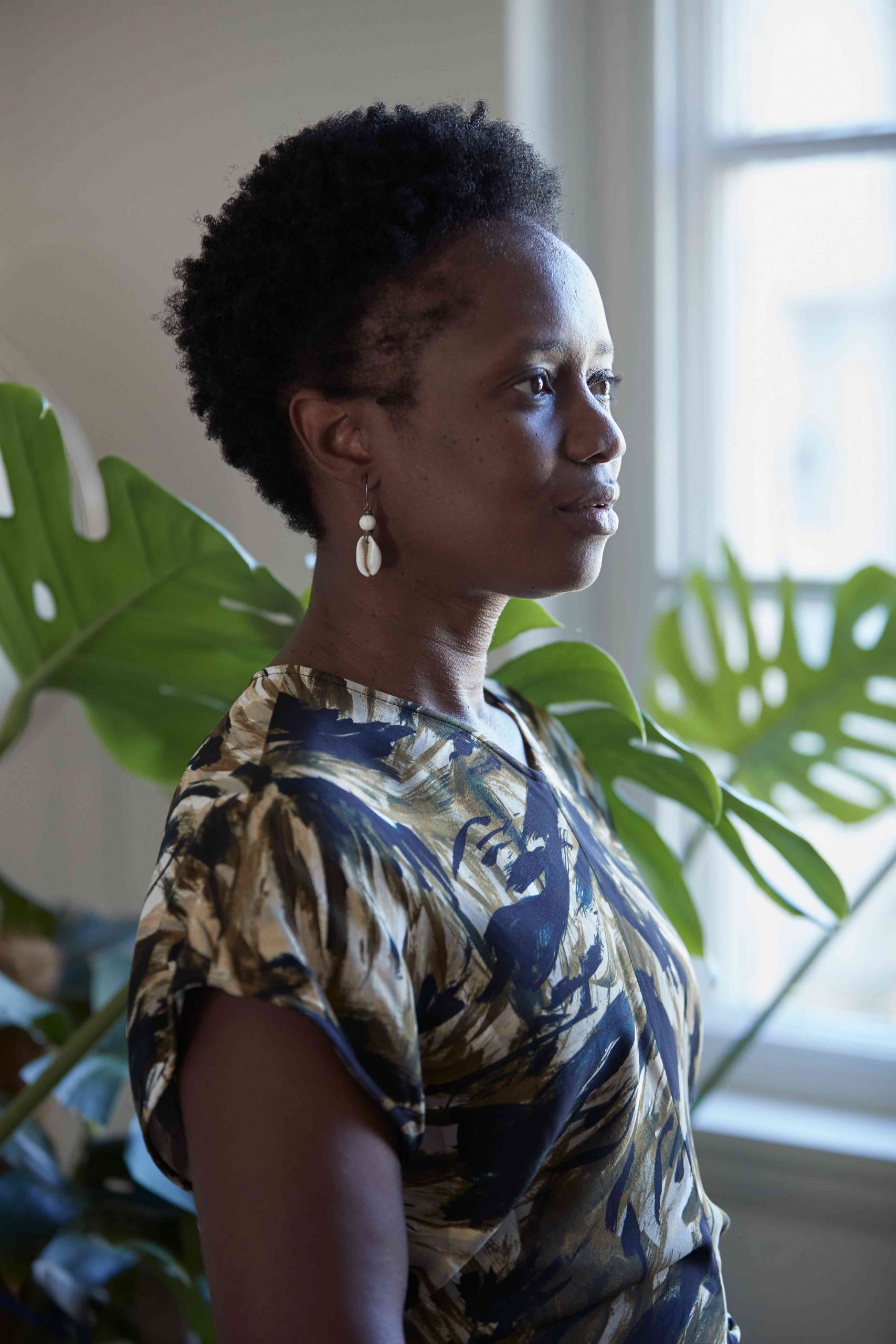 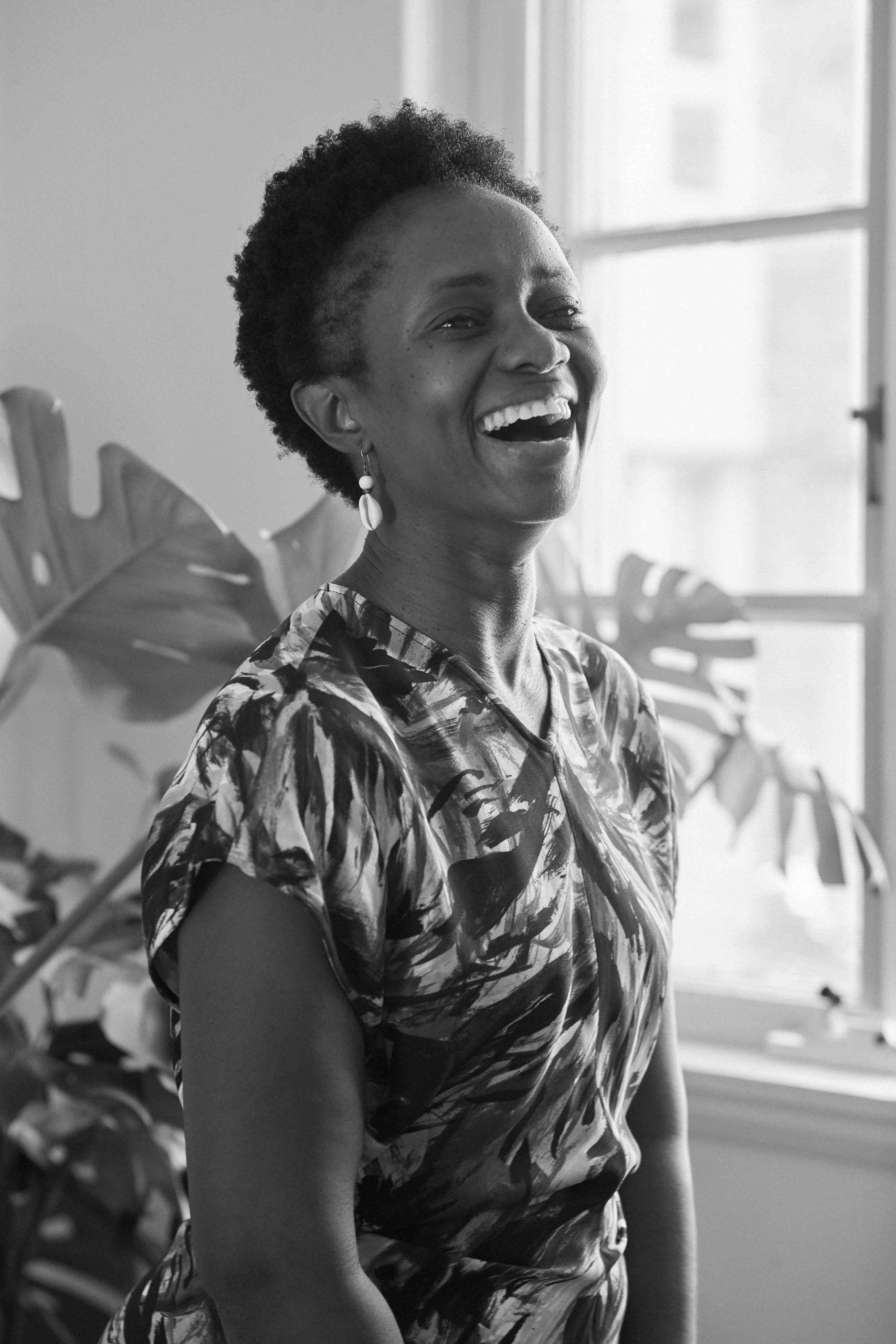 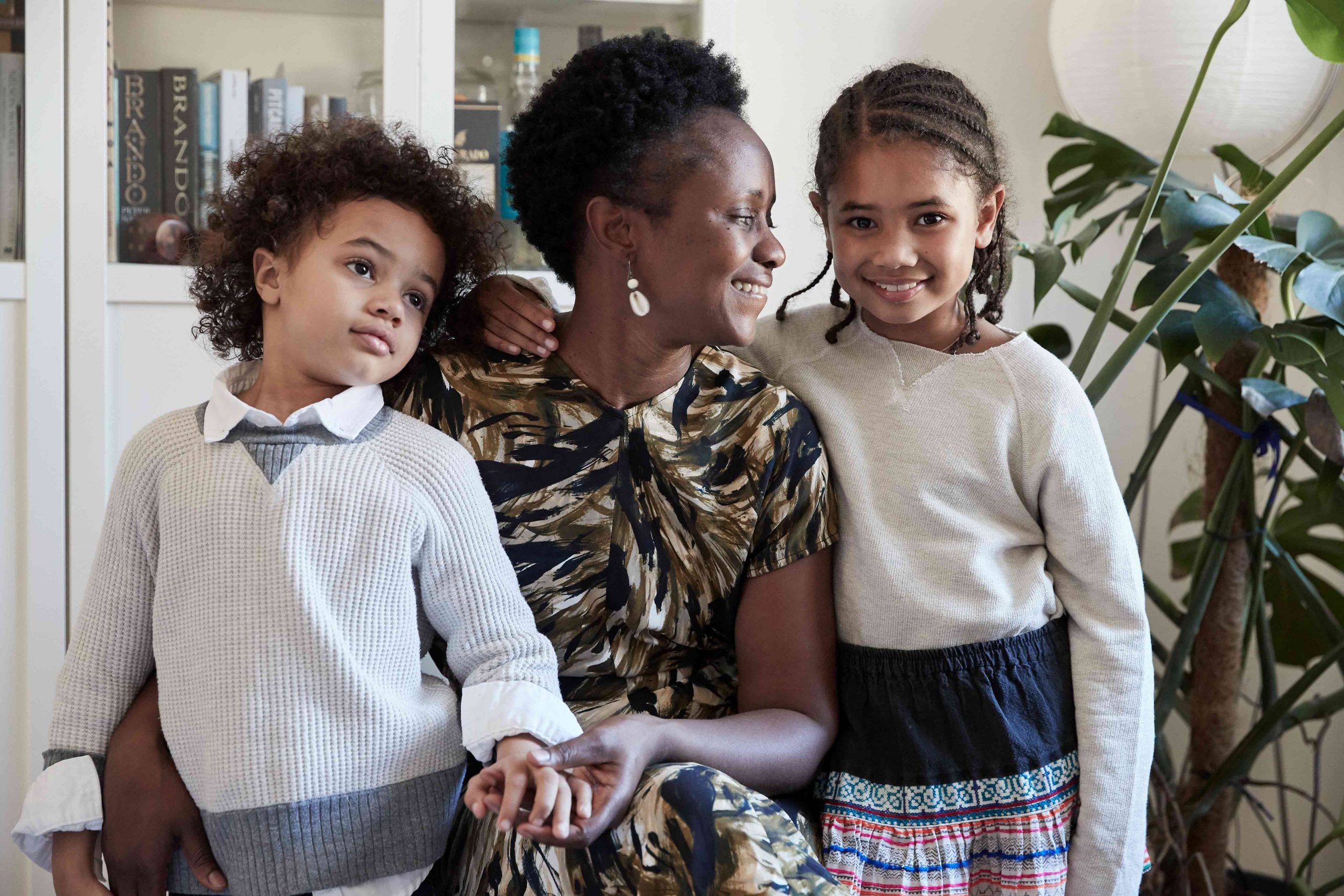 You were finally freed as part of a negotiated prisoner exchange where rebel held child prisoners were released in return for food and medicine. Tell me about the day you were released…

I call my release a pure miracle. I’ve looked at my life as a miracle since then. We’re in a big army truck and as we entered the capital city, Freetown, people were standing in the street, thousands of people, hoping that one of the 17 people would be their child or a loved one. You could see the desperation. I remember opening the gate and my dad was standing there. I could see the joy in his eyes, but he knew something had been taken away and he started to cry quietly, but then he started screaming. You could see him shaking and not breathing. He didn’t sleep the whole time I spent with him for three days. I could hear my dad crying every night, he didn’t sleep. Even though we were home, it was just not the same.

In 2012, the year that your daughter was born, you had a near-death experience that inspired you to embark on a new mission to help provide support for maternal health in Sierra Leone, where mothers are 200 times more likely to die having a baby than in Australia…

I had seven doctors in the room. Now you have to imagine in Sierra Leone, it’s a country of seven million people, and there are only six obstetricians in Sierra Leone. I had seven doctors to save my life, to save my baby’s life. The doctors knew that I was going to die if nothing happened. I was in Sierra Leone, she would have died, because I’m in Australia, that didn’t happen. I had people that fought for me to survive. I came home and I start researching about maternal health. I just start seeing the horror of videos in my country Sierra Leone where one in eight women dies through childbirth. And for me, I’ve experienced something that is preventable. They can prevent it. I just had this light in me that I needed to do something and be part of something. For me, it was a why. Why should a mother and a child die in Sierra Leone just by coming into this world?

How have your experiences when you were 18 change your perspective on life and how you live each day?

I live each day. I know each day is a blessing. It’s a miracle. So every day for me, the things that I have practised most of all my life and with my story is the power of forgiveness. I choose to forgive because I wanted to be free from the people that have done what they’ve done to me. And I choose to forgive because I want to dance with life. I love life. I know how much I fought to survive every single time when I was kidnapped, every single minute. So coming here or being here, even if it was not Australia, I do not want to waste it. But I also know life happens. There are tough times and I’m not in denial of that. So when they come, I embrace it. But forgiveness is one thing for me. I practice gratitude every single day.