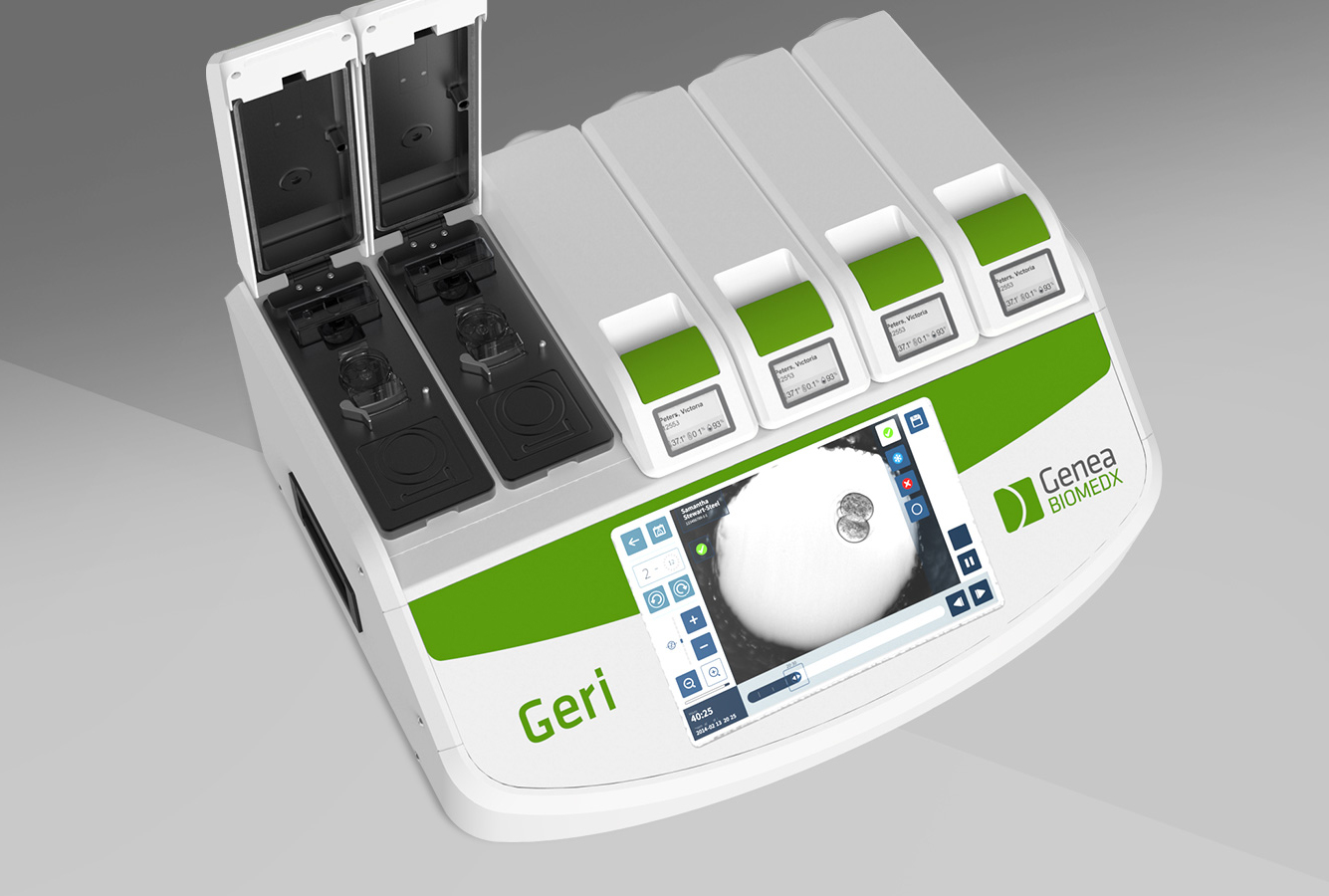 Research announced at the Asia Pacific Initiative on Reproduction in Hong Kong and featured in Saturday's The Daily Telegraph gave further proof to the improved outcomes which flow from Genea's world leading fertility lab technology.

Genea’s Geri incubation system has seen a 24.3% increase in the number of pregnancies when compared to the traditional incubator and culture medium system.*

Genea’s Medical Director Associate Professor Mark Bowman said the results were a remarkable improvement for those struggling to conceive. “To see an increase in pregnancy rates supports what Genea has known for decades – leading technology in the lab improves outcomes for patients.”

Geri, Genea’s inhouse designed incubator with time lapse cameras significantly reduces the need for disturbance during the vital stages of an embryo’s development. In addition to an increase in pregnancy rates, the uninterrupted culture system presents another benefit, more high-grade embryos per cycle. On average, patients now have 26.9% more embryos which can be transferred or frozen for future use.#

Associate Professor Bowman explains that not only is Genea creating better quality embryos for patients but we are also producing more of them.

“The more viable embryos a patient has, the more likely they are to create their whole family from one stimulated egg collection cycle,” he said. A stimulated cycle with its injections, day surgery procedure and cost is more emotionally, financially and physically exhausting for patients. In contrast, the subsequent use of frozen embryos is less invasive, often drug free and not so expensive.

Genea’s commitment to maximising the chance couples have of fulfilling their dream of becoming parents, means constant innovation and improvement. Genea Scientific Director Steven McArthur said the Geri incubation system is the closest we have come to mimicking the natural environment of a woman’s body.  He added that these pregnancy results are further evidence that Genea’s science, technology and processes do make a difference and are the key to success.

As you’ve probably read here before, culture medium is the vital solution that supports embryo development outside the body. Traditionally it has needed to be replaced on different days of embryo development. Firstly, one formulation to support fertilisation, then a change when there is division of cells in the early embryo. Finally, it would be replaced again when used for the blastocyst, the ball of cells developed by day five when the embryo is ready for transfer into the uterus. Additionally, at each point of development scientists spent time reviewing the embryos out of the incubator, exposing them to unfavourable elements.

In contrast, Genea’s continuous culture Geri medium is a universal liquid that is suitable for every stage of embryo development, eliminating the need to change the solution and enabling undisturbed embryo growth.

Traditionally, IVF clinics have used incubators that have more than one patients’ embryos in a single chamber with no time lapse camera, meaning the incubator had to be opened every time one patient’s embryo needed checking and/or when the medium needed to be changed.

These figures have undergone a peer review process and were presented at the Asia Pacific Initiative on Reproduction in Hong Kong.