As editor-in-chief of the UK edition of Cosmopolitan, and one of the 1000 Most Powerful People in the United Kingdom in 2017, it would be easy to assume that Farrah Storr has it all figured out...

And in many ways, she does. However, in her newly released book, The Discomfort Zone, Farrah reveals that it’s only the moments of failure – those periods of discomfort – that allow us to grow. Whether it’s putting ourselves forward for a new challenge, asking for difficult feedback, or getting a dream job, Farrah says we need to break through these small moments of discomfort in order to get to where we need to be. With a refreshing take on “having it all,” Farrah is the first to admit that this ubiquitous goal is not for everyone. Making sacrifices and choosing the path that serves us best, while pushing outside of our comfort zones, is where the magic happens. She says, “We can’t change the things that scare us but what we can do is make ourselves braver so that they become less scary… It’s what all successful people know.” We asked Farrah to share her wisdom, and we weren’t disappointed. Follow @farrahstorr

What are your thoughts on having it all?

For me personally having it all was too big an ask. I struggled to have children and the moment it came for my husband and I to go down the IVF path I had just become editor-in-chief of Cosmo. When I looked long and hard at the sacrifices I believed I had to make in order to have a brilliant marriage, career and family I just didn’t think I could do it at that time. Having it all is a noble goal- and some women do genuinely manage to achieve it, but I’m not sure it’s a realistic one for everyone. I tend to think ‘having it all-ish’ is a more realistic one.

Can introverts be brilliant public speakers?

When you strip me back to my core, I am an introvert. But I realised quite early on in my career that being quiet wasn’t always perceived as being advantageous in the workplace. Books like Susan Cain’s Quiet have done much to alert leaders to the benefits of having introverts on their teams but there’s still much work to do. I knew that in order to succeed in the job that I do I would need to be able to present to rooms and public speak, and that’s not always a natural setting for introverts. With public speaking I broke down what was really scaring me, because the truth is no one situation is deeply uncomfortable from beginning to end. But what is true is that the things we fear the most do have within them brief moments of discomfort (what I call BMDs and which I have written about in my new book to help people just like me twenty years ago) that can pollute the whole experience. What you have to do is figure out what these are. With public speaking I realised that it wasn’t public speaking per se that frightened me, after all, it’s just a conversation. What really scared me was that moment when you walk on stage and the audience are talking and you have to get their attention, because I wasn’t sure that I had ‘the presence’ to do that. So I came up with a strategy (largely from watching lots of brilliant public speakers) and they all started in a similar way- by asking a question or instructing the audience to do something. I realised that by doing this the speaker takes the attention away from themselves and forces the audience to think about their favourite topic: themselves. It’s a great way to take the pressure off.

Social media makes people feel uncomfortable- why do you think this is?

It depends how you employ social media. If like most people you block those whom you disagree with, only choose to follow those whose lives and aspirations are similar to your own and only engage with those whose views of the world chime with your views of the world then social media can be a very comfortable place. Which arguably is not a good thing by the way because I believe that we should all be exposed to the widest range of viewpoints possible in order to make informed decisions. Where social media becomes uncomfortable is when we allow those with the loudest voices to hijack conversations with dangerous words. Because of the anonymity of social media people are far more careless with language today. Calling people misogynists, victim-shamers, racists – we see these words being used with impunity when the user is masked behind the shield of the internet. And that is problematic because A; it stifles conversation because people worry about being mislabelled for having a different point of view not necessarily an ideologically pernicious point of view. B: It takes away the power of those words which should be used for those who genuinely embody those terrible viewpoints.

How do you handle criticism without taking it personally?

It depends on how the criticism is given and how it is received. Criticism backed up with certifiable facts should be treated like any other part of your job. You take the fact on board, you examine it and you work on it. You have to see criticism as a vital part of your job and as an indispensable learning tool. That means you have to take the emotion out of it. If you’re boss says you’re unreliable at work- and gives examples of why and how they have reached this conclusion, then you have to treat it as a puzzle to be solved. I should also point out that no one likes giving criticism so when someone is giving you feedback it’s important to smile, say thank you and maybe a line like: ‘I appreciate you taking the time to give me this feedback’ will greatly aid the situation. 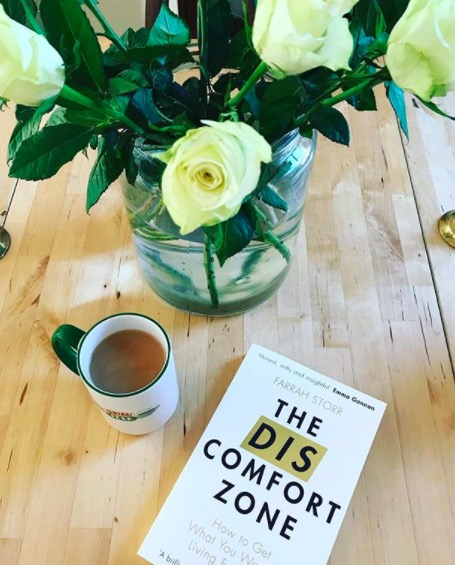 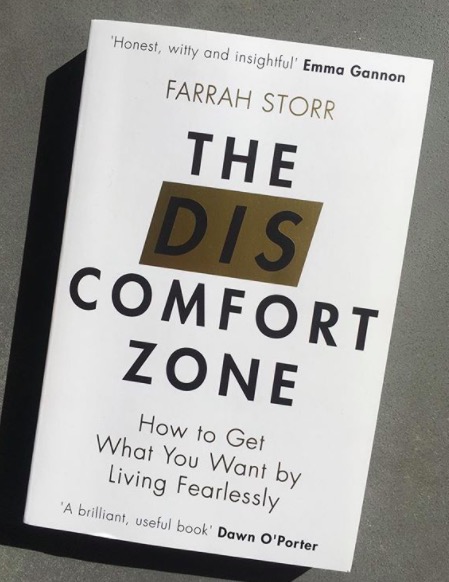 The Discomfort Zone by Farrah Storr

Can failure be the making of us?

Only if you are brave enough to look back and examine why something went wrong in the first place. Failure as a consequence of carelessness is not good failure. Failure as a consequence of trying something new where there is no information is admirable. But the only way failure becomes useful is if you comb through it. The key is to ask yourself why exactly you failed again and again until you can pick apart what exactly went wrong. Once you have the answer that’s a vital piece of information that no one else has.

What is the one thing you want people to take away from The Discomfort Zone?

We can’t change the things that scare us but what we can do is make ourselves braver so that they become less scary. The answer then is not to hide away but to expose ourselves, in a controlled manner, to the very things that make us uncomfortable. And in doing so you will, in time, become comfortable with the uncomfortable. It’s what all successful people know.