Dear Thomas & Friends, thanks for the memories 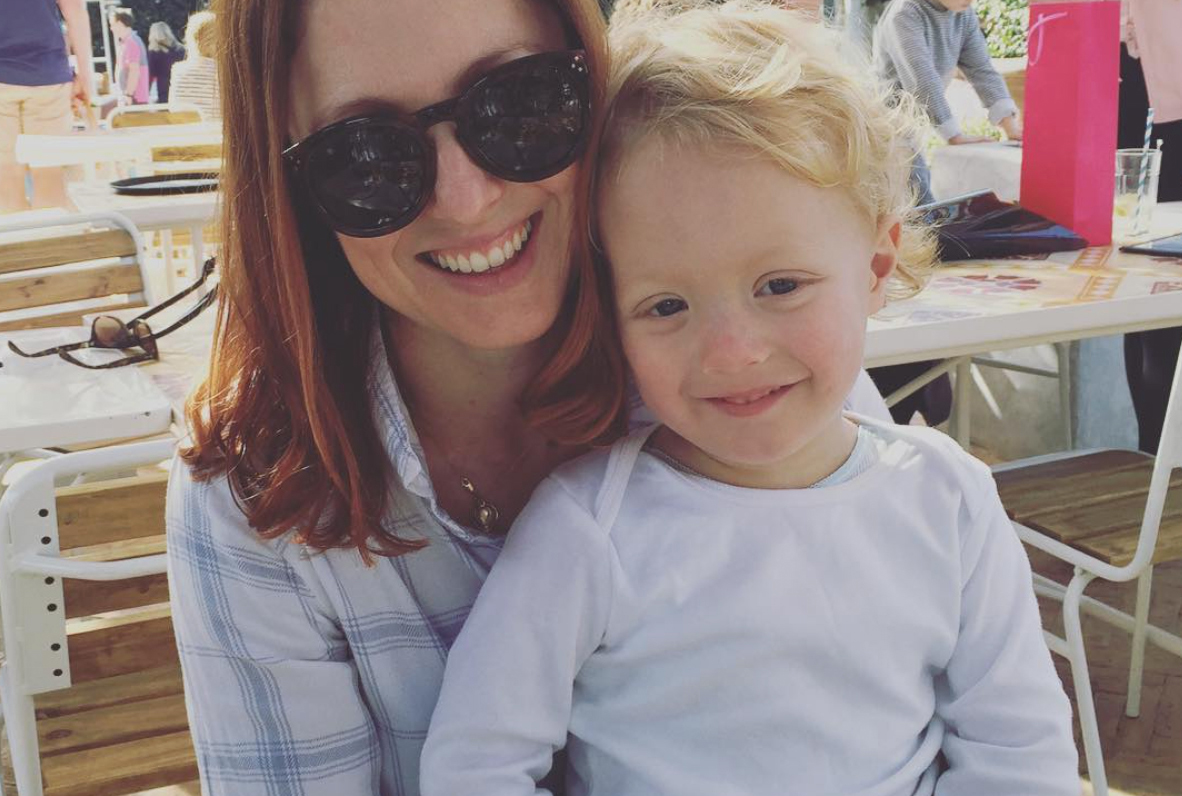 The end was sudden. It came without warning. After two intense years of unwavering love for Thomas and Friends, my 3.5 year old son Otis was over it...

Done. Finished. Kaput. The trains (the wooden ones, the pack-and-play metal ones, the minis) all stood dead and dusty in their tracks from their last journey around the island of Sodor (aka the train table in our living room). Instead of relief I felt a wave of sadness come over me. Was the affair really over? And, of course, mother guilt: why didn’t I “play trains” more often instead of putting on yet another load of washing?

The obsession started smack bang on 20 months, which seems to be the prime Thomas time if my Insta feed is anything to go by. Toddler boys on the cusp of 2-years are clutching Really Useful Engines everywhere you look. We were in hospital for the trifecta of surgery – tonsils, adenoids and grommets – and I came armed with a bag of tricks (including a few trains) that would hopefully get us through the heinous ‘nil by mouth’ hours before Otis went under. I’d noticed him stop and take notice whenever Thomas came on TV over the last few weeks – it held his attention more than other shows (respect to all the #childhoodunplugged mothers out there who don’t even own a television – I could not survive this gig without it). Anyway, it was 10am and we were still in the hospital waiting room. Otis was hangry and things were getting tense. Out came Thomas and his mate – his face lit up in a combination of excitement and disbelief. He couldn’t believe they existed in 3D form.  We got through the next hour without any meltdowns and surgery ensued.

Otis quickly became fanatical about his Choo Choos – they went everywhere with him, even to bed. Most nights would see a line up of at least ten trains beside him in his cot. He’s never been a great sleeper but now we had rogue engines to deal with, smacking him in the face and falling through the cot rails in the wee small hours. “My son is more obsessed with Thomas than any kid I’ve seen,” I’d tell anyone who cared to listen. Wise Mothers of Older Kids would smile and nod politely, with that been-there, done-that look of “this too shall pass”.  I thought it never would. 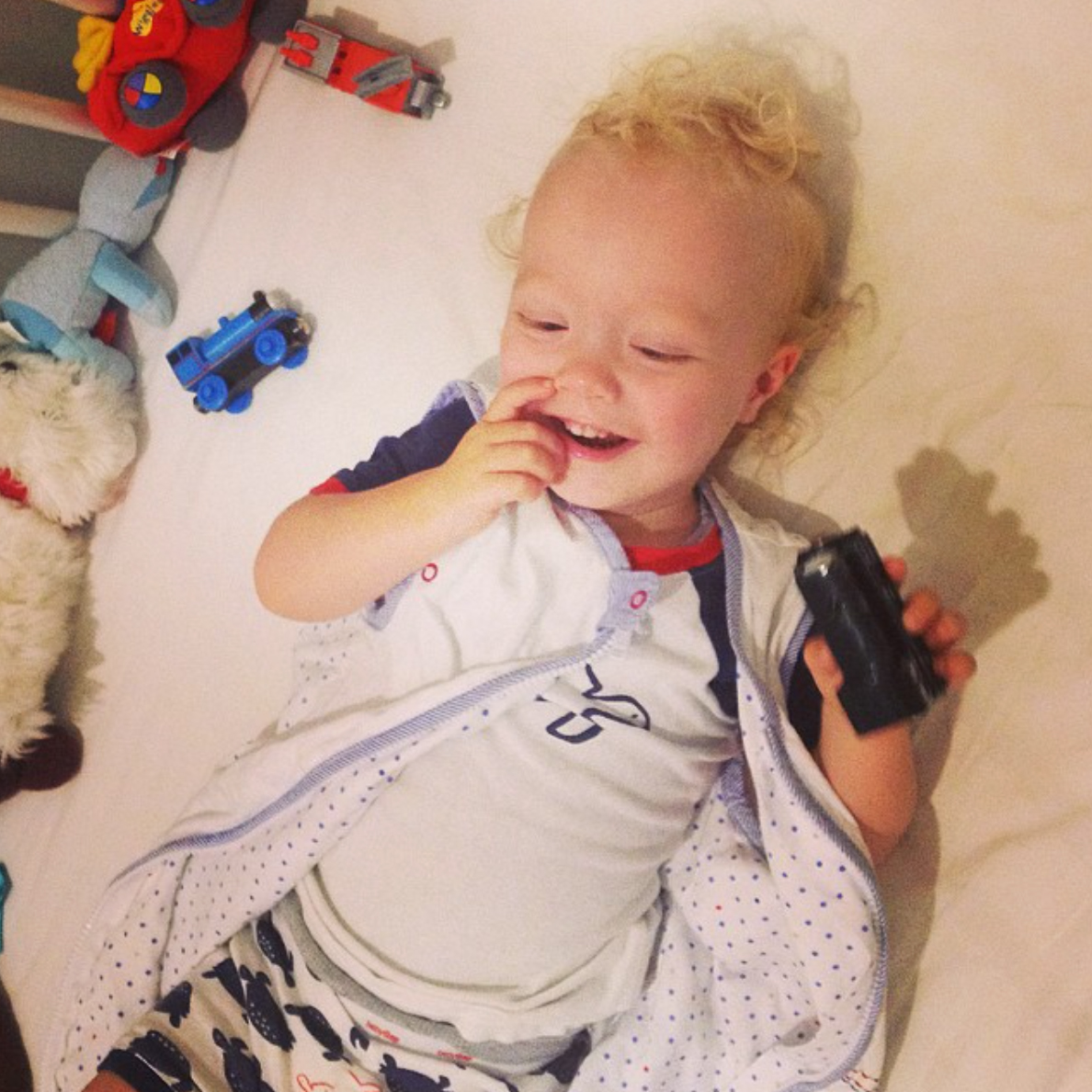 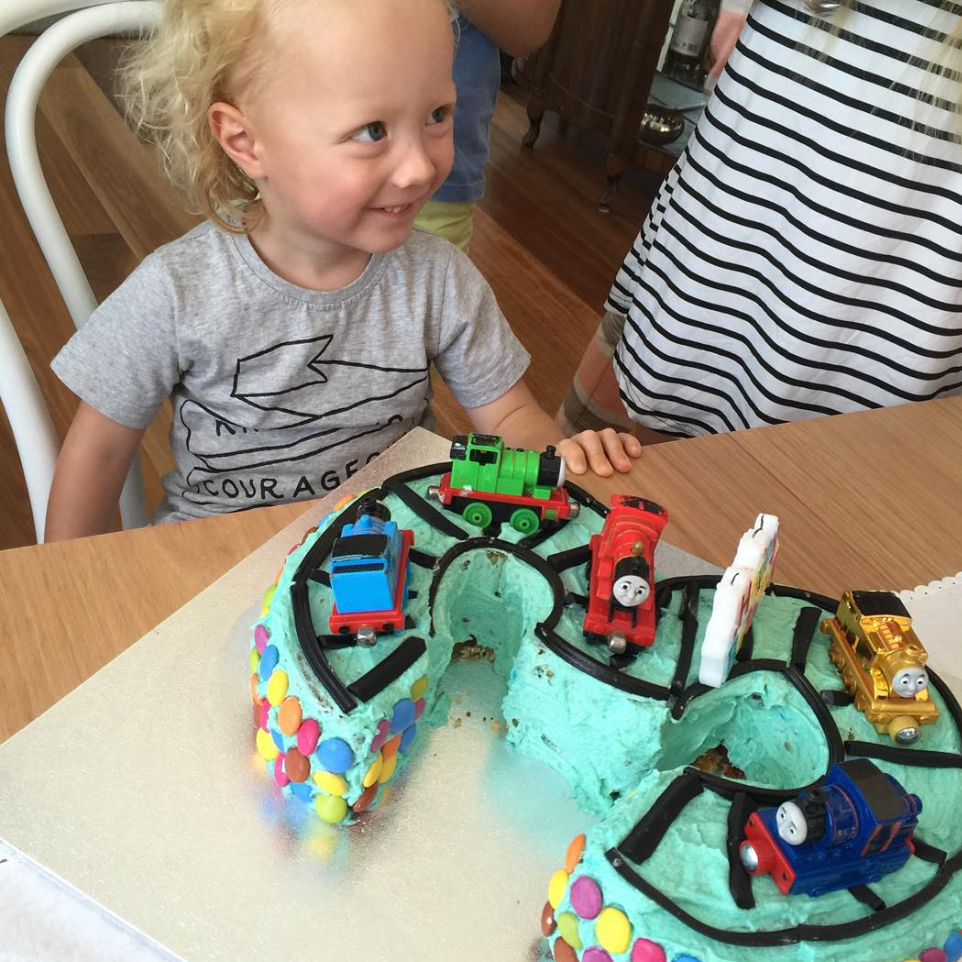 We collected (some bought, some borrowed, some given as hand-me-downs) everything Thomas – the train table, excessive amounts of wooden track I was completely useless at putting together (“Daddy will fix that when he gets home”), every train imaginable (even the obscure ones like Mavis and Hiro from Japan), landmarks and important side-characters like Cranky the Crane. We even succumbed to some truly ugly “merch” that I swore My Child Would Never Own back when I was a naïve, childless editor of a kids’ fashion mag – we drew the line at Thomas clothing but gave in to PJs, undies (a toilet training win), drink bottles, an outdoor setting, books, a hooded towel and a seriously repulsive Thomas pillow pet that I stupidly thought would make Otis sleep through the night (sleep training fail). This railway world had well and truly infiltrated our lives. Otis’s second and third birthdays passed us by with Thomas cakes at both. We booked a trip to the Thomas Day Out in Thirlmere in Sydney’s southwest one weekend so Otis could see his favourite engines in life size and meet the Fat Controller in the flesh. I even bought my husband a card that said “I Choo Choo Choose You” for our wedding anniversary! Who had we become?

What was it about these trains, I would ponder…was I feeding the obsession, did I create it? I’m not alone, of course. My kid is not the first to fall hard and fast for Thomas or any other toy/brand, for that matter. Little girls everywhere are still getting around in blue Elsa dresses on every corner and the popularity doesn’t look to be waning anytime soon (I’m sure this is all ahead of me with my 16-month-old, Stella). Kids are as fickle as they are fanatical and some temperaments are more obsessive than others. Perhaps he gets it from me. Confession: I did start a NKOTB fan club in the early ‘90s due to my deep passion for the boy band.

So, at the risk of sounding melodramatic, I have to admit I’m quietly grieving the end of Thomas and Co. There was something comforting and innocent about the monotony. Some days I wonder where my little train-loving boy has gone and who this superhero-crazed, almost 4-year-old boy is who’s taken his place.

We’ve moved out of that phase and onto the next. It’s the first of the many changing seasons of motherhood, I’m sure. And a reminder to slow down and enjoy each stage as much as possible – the passion of a child is pure and palpable. And when it’s over, it’s over. They can’t fake it. No more wooden tracks to build? I can’t deny this is a sweet relief.

Hahah Maia has just gotten her first thomas trains and she loves them too!!