As Duchess Kate brings home her third baby, here are some truths about what life is like with three kids 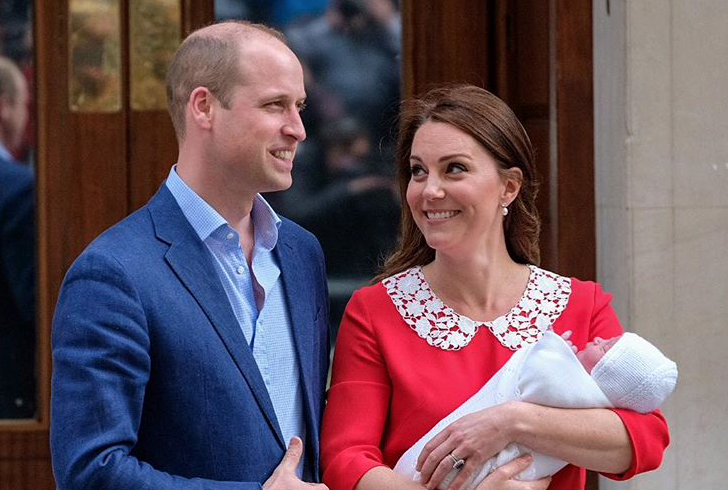 By no means do I think my life is similar to that of Duchess Kate and Prince William...

Today of all days has proved that. While the Duchess gave birth to her son less than 12 hours ago, today she faced the world with her hair looking immaculate, her face lovely and fresh (and made up), and a gorgeous dress hugging her body. Let’s just say that less than 12 hours after giving birth, my hair was scraped off my face in a messy ponytail, makeup wasn’t even on my radar, and I would have considered it lucky to be wearing clean trackie dacks. But regardless of how you look, the truth is it can often feel overwhelming when you welcome a third baby into your lives. Prince William alluded to that today when he joked that having three children means “thrice the worry”. While he’s onto something – you do tend to worry more about each child, simply because there’s more to worry about – there are other things that happen when you have three children. I thought now would be an apt time to share some of these truths:

Time flies when it’s your third

When I had my first baby, time slowed down ridiculously and my baby stayed a baby for the longest time imaginable. I don’t know what kind of magic was involved, but I was all for it. But when I had my third baby, I pretty much sneezed and she turned one. Then I blinked and bam, she was two. Something about life with so many little ones just makes time go so much faster with your third. I could feel it happening, mind you, so I tried my hardest to soak up all the loveliness I could. I held those times tight, I tell ya, but still, they slipped through my fingers like sand.

New dynamics form – and change – and re-form all the time

When I had my second child I watched a beautiful bond form between my two children. And then along came my third, and a whole new set of dynamics formed. There are days when my eldest and youngest are BFFs, or when my youngest two trot off together, or the older take time to talk about ‘important’ info, like video games and poems using the word ‘poo’. There are also times when the three of them play together, or when they all want to do something different from each other. As they say, variety is the spice of life and with three children in the one house, the potential for ways to play sometimes seems endless.

The love, the joy and the laughter is amplified

You didn’t think I’d talk about what it’s like to have three kids and not mention this stuff? While it sounds cliché, this stuff is everything. Because the truth is, having three kids isn’t always a picnic. And Prince William is right, there is more worry. It may be more stressful, too. Articles like this one are flying around today, reminding people of a survey that showed that having three children is the most stressful number of offspring. (Apparently, two or less children is easier; while the article says once you reach four you’ve reached a “critical mass” where life then seems to get easier.) In many ways, it makes sense. When you have three kids, there are more tears, more tantrums, more sleepless nights, more fights than when you had two kids. But that’s obvious, right? The more eggs you break, the bigger the omelette. But there’s more of all the good stuff, too. And that’s the stuff that makes life worth living. The joy, the love, the laughter, the moments when you look at your babies and your eyes well up with tears of adoration. So Duchess Kate, as you swoop back into your royal abode today, try not to listen to those who say life is about to become more stressful now that you’re a mother of three, or dwell on the fact there’s now “thrice the worry”. Because I bet your royal socks that, once you’ve settled into this new reality, you wouldn’t want to change it for the world.