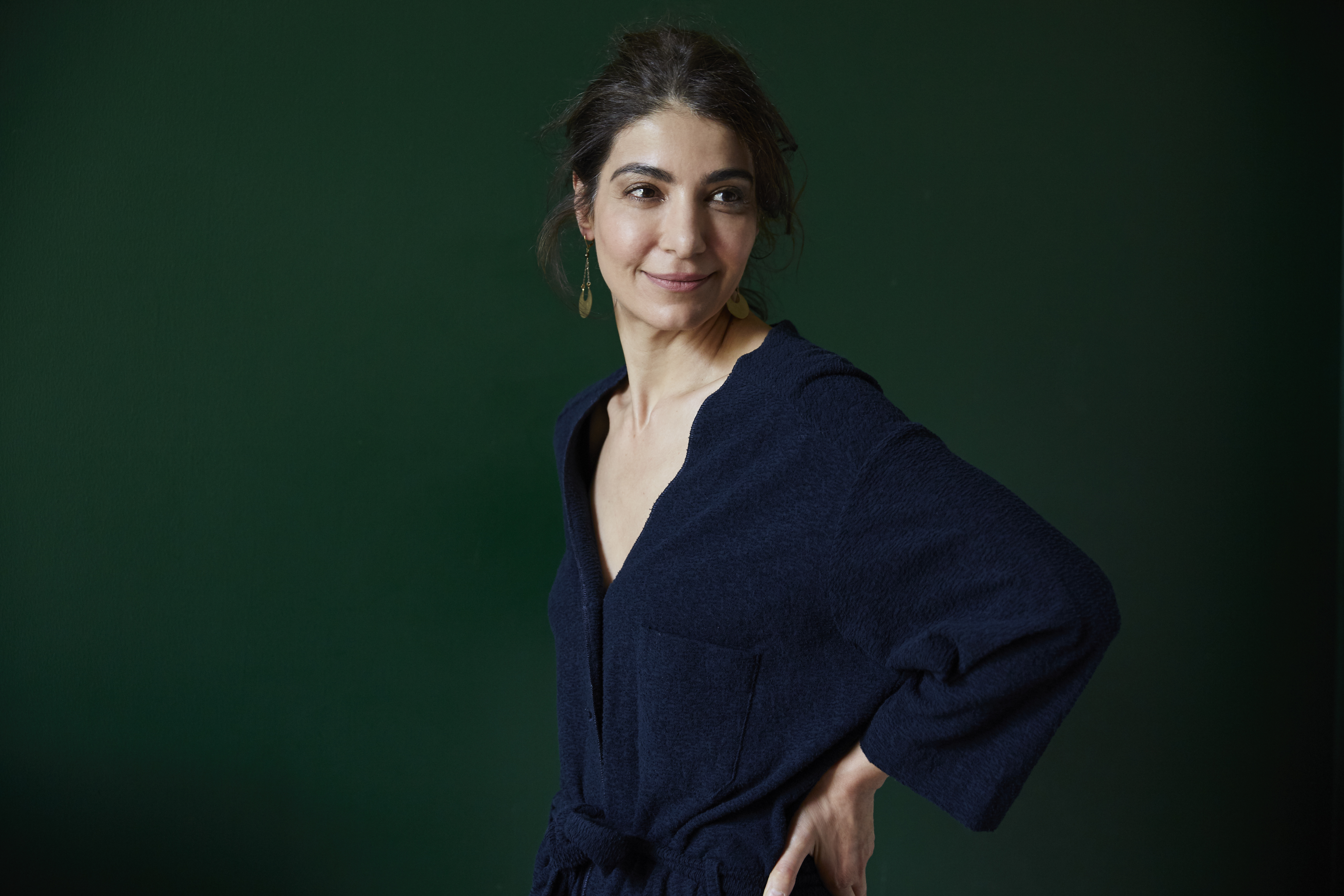 In a world filled with trends, Eva Karayiannis, the striking dark haired Grecian founder of luxury womenswear, childrenswear and homewares brand Caramel, has always remained classic. And we all know that taking a more refined, timeless approach to style is far more enduring than getting caught up in fickle trends. Almost 20 years later and her steadfast, unwavering approach to business has meant that Caramel is more relevant than ever...

Born in Cyprus and brought up in Athens, Karayiannis grew up by the seaside with a twin brother. As a family, they would gather on the beach at dusk and play hide and seek as the sun set. She later moved to London, where she worked as a lawyer before embarking on the next stage of her life: motherhood. It was while she was shopping for her own children that Karayiannis discovered a gap in the market. She followed her creative instincts and began designing from the kitchen table with the simple aim of changing people’s minds about childrenswear. Karayiannis spent the next two years tracking down handcrafted knitwear from Peru and artisan clothes from small designers in London. Her first shop was opened in Brompton Cross, West London, almost two decades ago. Since its beginnings, Caramel has expanded into homewares and more recently womenswear. Over the English summer, they also launched their first capsule custom-made collection, which features limited-edition pieces, all made hand by Caramel’s London atelier. Caramel pieces often reference the charm of vintage pieces and Karayiannis has an exquisite way with colour and print. Perhaps it was her grounded childhood spent by the sea that has led to her no-fuss, matter of fact approach to life. “I’m not sure if I would describe myself as being ambitious,” says Karayiannis. She’s remarkably humble for someone at the helm of one of the world’s most adored fashion brands. Caramel currently has four standalone stores in London, concessions in Harrods and Selfridges and stores in the US and Japan. “I like the process of creating and that’s why I never stop because it’s never good enough. I don’t care about plaudits, but I’m committed to improving what I do every season. I’m toughest on myself. Although in the global picture, I’m not changing the world.” She might not be changing the world, but there’s no denying she has changed the childrenswear market forever.

Karayiannis can still vividly remember the days she spent at her kitchen table launching the business from scratch. “It was fun. It was in my kitchen where we would do homework, cook and design clothes all under one roof. They were good times with a lot of energy.” And she’s also open about the challenges she faced launching a new brand. “The biggest challenge is that no one wants to work with you. No one wants small quantities for production, no one wants small orders. They find you a nuisance, you have to try hard, you need to be convincing, as well as patient.” Why does she think Caramel has been so successful? “Being unfazed by setbacks and having the tenacity to continue has contributed to any success we have enjoyed as a brand.” A mother of three – two grown-up daughters, Chloe, 22, and Kiki, 21, and a son Ari who is eight – Karayiannis offers great reflections on motherhood. “I’m good at time management: I stick to the working hours set and still feel I’m home and around for my children when I need to be,” she says. “Despite a preset idea of what a successful childhood looks like, the important thing is just to make sure that you raise someone who is compassionate and kind. All the pressure we put on ourselves – the academia, schooling, which friendships to have – they don’t matter in the end.” Karayiannis describes growing up in Greece as a huge privilege. “I enjoyed a childhood in a country that allows a lot of freedom and I have vivid memories of growing up by the sea. Every weekend you could jump on a ferry for not very much and visit an island and return rejuvenated,” she says. They now have a holiday house in Kea, a family island close to Athens, where they visit when they’re looking to unwind.

“ I enjoyed a childhood in a country that allows a lot of freedom and I have vivid memories of growing up by the sea. ”

Unlike many founders who step away from their business over time, Karayiannis is as hands-on as ever and involved with all aspects of Caramel from the design of the clothes to overseeing expansion overseas. “The best part is when you are putting your collections together, that’s exciting. And the hardest thing is that this is a very fast industry and we move from one season to another without a real break, which is very challenging to keep creative standards high,” she says. The decision to launch womenswear was an easy one. “I don’t like the ethics of cheap, throwaway fashion and felt there was a gap between high street and expensive high-end fashion. No one needs hundreds of clothes in their wardrobe, yet I felt that many women were looking for easy-to-wear pieces that could be styled up or down, that fit different body shapes and which would appeal to all ages.” Karayiannis is undeniably one of the most polished women in London. Naturally, she wears a lot of Caramel. What else? T-shirts from Dries van Noten, knitwear and coats from Prada and Marni for trousers. “I also love BSBEE for shirts, Jess Kamm for trousers and Maria La Rosa for bags. Motherhood hasn’t changed the way I approach fashion; I’ve always dressed in an easy way that translates well from the studio to the park.” And so too, have the stylish women and children she dresses. Go to www.caramel-shop.co.uk