Everlane’s Perform Legging Is Here To Disrupt The Activewear Game


When it comes to your wardrobe, leggings have to be the number one piece that work as hard as you do. And if you’re wearing them to brunch, well, let’s be honest – they’re probably working harder than you.

The ultimate slashie item, leggings are as ubiquitous on the street as they are in the gym, thanks to the rise of the athleisure trend. And for mothers, they’ve become something of a uniform (just me?) – maybe I’m on my way to yoga, maybe this is all that fits me over two years since giving birth. You’ll never know!

For such a staple, then, it’s surprising that it’s taken this long for someone to disrupt the industry. But ethical, luxe basics brand Everlane has done just that with the launch of their Perform Legging.

The design is simple and sleek – an Everlane trademark – but the revolution lies not in the garment but in its production and pricing. “Averaging A$150, high-quality leggings are sold for an exorbitant 6–7 times their cost”, Everlane say. “What’s worse? Those same leggings are made entirely of virgin plastic.”

In contrast, Everlane ‘s Perform Leggings retail at AUD $85, are comprised of 58% recycled Nylon, and dyed at a Bluesign®-certified facility which minimises harmful chemicals.

And while Everlane’s founder Michael Preysman told The New Yorker that “We’re not a fashion company”, the premium technical Italian fabrication, rich colourways and beautiful, minimal design don’t give the game away.

If there was ever a better excuse to give up pants, I want to hear it.

The Perform Legging is available at everlane.com

PREGNANT IN LOCKDOWN? HERE’S OUR EDIT OF WHERE TO SHOP, WORKOUT, AND PREPARE FOR BIRTH (FROM HOME!)

From Oroton to a Tumour: Ana Maria Es... 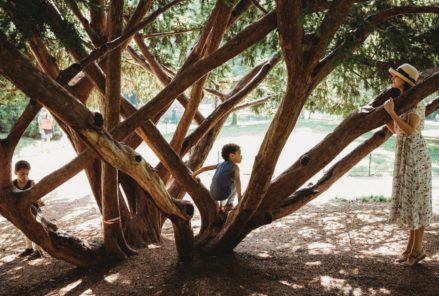 “You must have been hoping for a girl...

Cheers to Collagen, The (Ingestible) Glow We’ve Been Searching For

Cheers to Collagen, The (Ingestible) ...