“Everyone Else Must Be Feeling Like This”: Why It Took 8 Years For Megan To Be Diagnosed With Postnatal Depression

When Megan Blandford had her first baby, she was consumed with love for her newborn daughter. She also took to her new role with an ease that surprised her. Her baby breastfed well, slept like a baby (in a good way), and all seemed to be clicking in place nicely. To an outsider, Megan also looked like the picture of happiness...

Her house was always immaculate, her daughter fed and clean, and Megan knew she looked “together”.

But internally, the new mum was drowning in a sea of negative thinking.

There’s no doubt you’re going to stuff this up, she’d tell herself. You’re bloody hopeless. This baby deserves so much better than you.

Concerned about such thoughts, Megan tried to raise her worries with those around her: her maternal child health nurse, her sister and a friend who were mums.

Though she continued to function highly on the outside, internally Megan was suffering.

It got to the point where she began having thoughts of harming her baby.

“You know that you’re not supposed to think those kinds of things… and that’s terrifying.”

She even entertained thoughts of ending her own life.

But Megan had read enough about postnatal depression to have a clear picture of what she thought the illness looked like.

And it sat in such stark opposition to her reality – as a woman who looked together, loved her baby and was highly functioning – that she didn’t think that could be the cause of her concerns.

Four years after the birth of her first baby, Megan welcomed her second daughter.

It wasn’t until her oldest daughter was eight years old that she finally reached breaking point. One day, she lay down on her bed, trying hard to convince herself not to commit suicide.

“It became really clear to me in that moment that I’d been fighting a battle for that many years, and that it would continue if I didn’t do something about it.

“Thankfully I was able to get through those terrifying minutes and reach out for help.”

When her doctor told her she had postnatal depression – that she’d, in fact, had it for eight years – Megan was flooded with emotions.

In some ways, she found it confronting to be told she had a mental illness.

“But there was also partly a relief as well, to say, ‘Yeah, okay, there’s a reason that life has felt so hard for so long and now I can move forward from that’.”

It was around this time that Megan felt an overwhelming desire to write her story down.

At first, Megan simply found the experience cathartic, spending months writing at night in the dark, crying as she jotted it all down.

But then she thought about all the other women who may be suffering in silence, trying to push through because they also assumed they couldn’t have postnatal depression.

The thought of laying herself bare was “absolutely terrifying”.

But Megan knew she wanted to share her story with others, to help others understand that postnatal depression isn’t “black and white”; that it can affect people in different ways.

That you can look together on the outside, and be crying out for help on the inside.

That you can love your baby with all your heart, and still have thoughts of harming them.

That you can seem so well to everyone else, and be suffering so deeply on the inside.

Since seeking help, Megan is doing well. While it wasn’t easy getting there, she wants to spread the message that there’s light on the other side of the tunnel.

“… If we can hold on through the lowest times, we can make it through and find hope again.

“There’s a whole lot of good life waiting for us.” 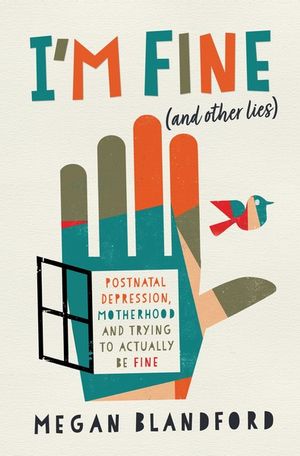