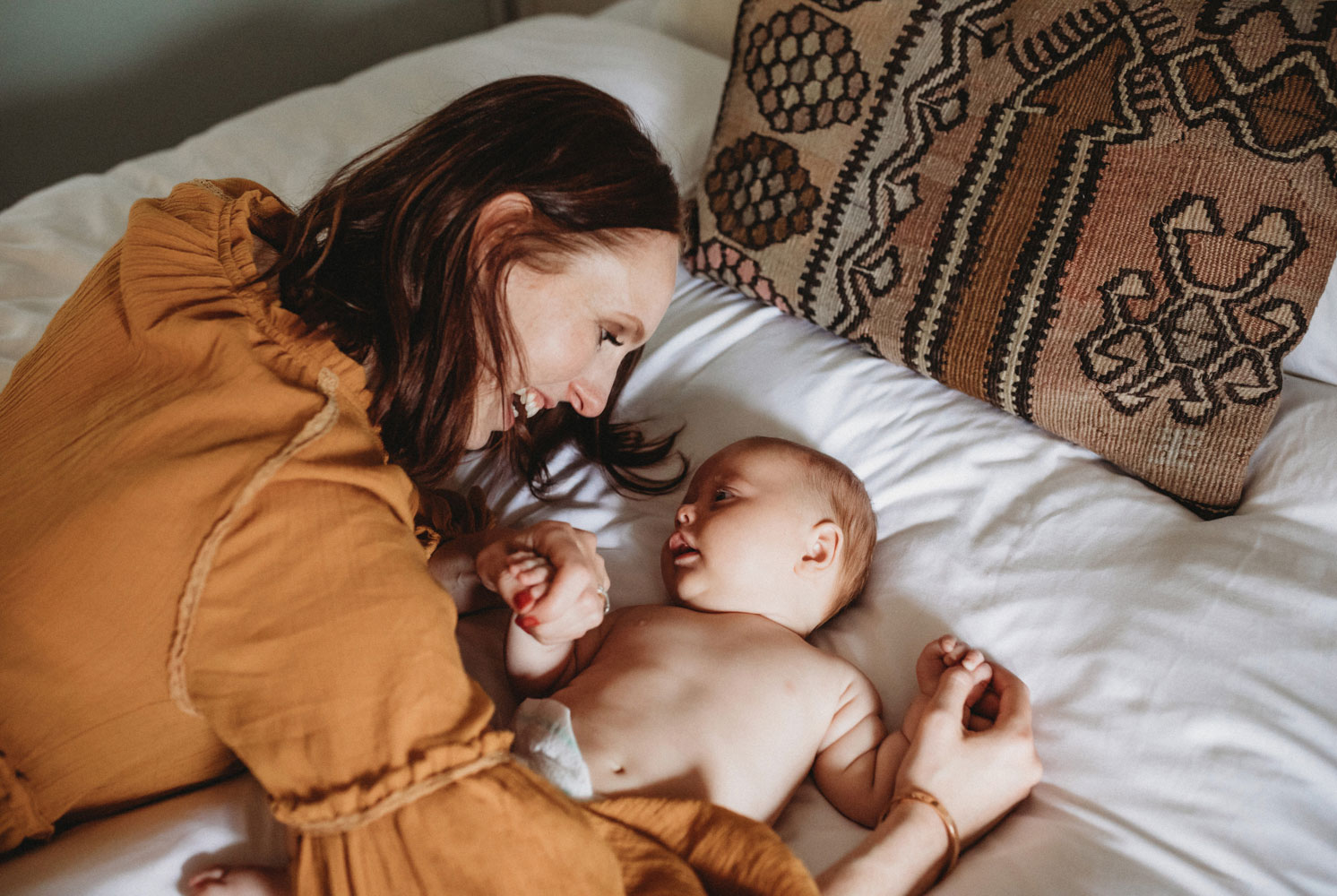 I don’t mean to brag, but about an hour after giving birth, I walked out of the birthing suite to make myself a cup of tea. (That’s not the brag, but very well could be for anyone who knows the reality of life post-delivery.)

As I stood waiting for my teabag to drain, a midwife who had just started her shift asked me who I was visiting. If she’d glanced down at my stomach or had seen the tape still attached to various limbs, she would have known I was not a visitor. I was the one being visited. But I know what threw her off her game.  It was the fact that, despite having just endured 8 hours of induced labour and not yet having showered, I looked “done”.

And that aesthetic can be attributed to one thing and one thing only … My eyelash extensions.

Prior to having my third baby boy, my beauty maintenance rituals consisted of periodic hair colour and sporadic Shellac. But after hearing friends and colleagues wax lyrical about the life-changing benefits of eyelash extensions, I determined that an impending newborn was as good excuse as any to sign right up to the extensions club.

Because having eyelash extensions is like applying a real-life Instagram filter. It feigns a full night’s sleep when all you’ve been offered is a 2-hour stint of broken shut eye. It leaves you looking like you’ve made an effort when, well, you haven’t.

Do I sound obsessed? I am.

With a history of intense allergies, I researched heavily and determined that Love Those Lashes in Sydney’s Paddington (they also have an outpost in Melbourne) was my best option. With rave reviews from regular clients and beauty influencers alike, I knew I’d be in good hands.

I chose to have my first set of lashes applied a month before my baby was due, and in a stroke of luck by the lash gods, my first set of infills were applied two days prior to Henry making his arrival.

Since his birth, I’ve travelled from the inner-west to the east every three weeks (mainly) like clockwork, because these lashes have become my new-mother crack.

I opted for the natural look, which means they don’t look dramatic or remotely caterpillar-like. In fact, only a handful of my friends have noticed. Everyone else has simply commented that I look “so rested!” or “so pulled together!” (when these two statements couldn’t be further from the truth).

For those uninitiated – like me a mere few months ago – the process is predictably labour-intensive. The lash extensions take approximately an hour to be applied, which means 60 minutes of lying still with your eyes closed. As a self-confessed activity-addict, this scared me significantly, until I gave into the process. It turns out that an hour of forced relaxation is quite therapeutic to a new or expecting mother (who knew!) and yes, I soon caught spent much of the appointment embarrassingly waking up mid-snore.

The appointment involves individual lashes being glued to your original lashes, and depending on the effect you’re after, can be between 40 and 200 lashes per eye. Delicately and painstakingly applied by expert hands with tiny tweezers, this is no slap-dash task. Which is why the results speak for themselves.

Before I had my first set applied, I was mainly concerned with how they would look a few weeks in, and perhaps most scarily, what state they would leave my natural lashes in.

I’d read a sufficient number of horror stories to be petrified, but thanks to the stars at Love Those Lashes, I need not have worried. While I didn’t make it back to the salon until five weeks after my son was born, the lashes looked anything but dodgy. My real lashes remained completely intact (if a little sad-looking … were they always that short? Yes, looking back at photos, it turns out they were) and the false lashes fell out gradually, leaving me with a few pieces that simply looked like a good coat of mascara.

My only concern with these lash extensions is that I have become certifiably addicted.

With infills costing $97 every three weeks, it is not an insignificant cost, but – in my new motherhood opinion – it’s an invaluable investment. I’ve forgone mascara, eyeliner and eyeshadow, my morning routine consists barely of blush, and when I glance in the mirror each morning (after a night of eight feeds), I’m pleasantly surprised. That’s not something I could put a price tag on.

Eyelash extensions are the new-mama must-have that I won’t be letting go of until a full night’s sleep is achieved. Oh, let’s be honest. Probably not even then.

See Love Those Lashes in Sydney and Melbourne.