FaceTime beneficial for toddlers as young as 17 months 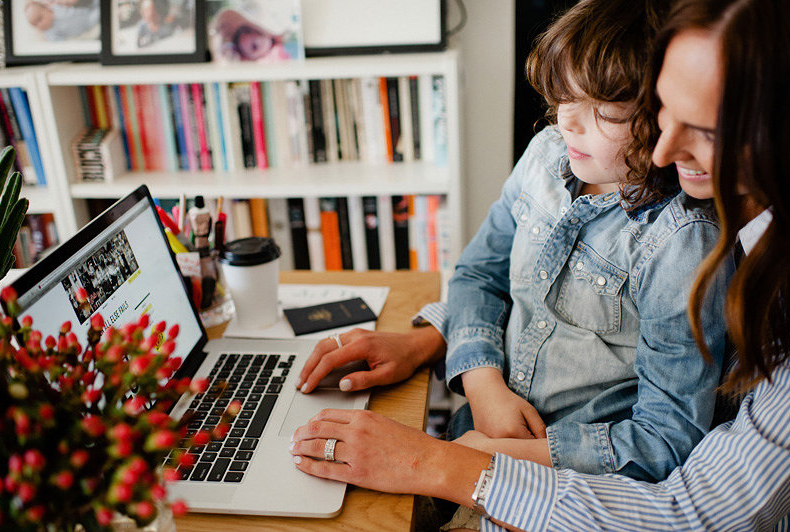 One of the hardest things about living halfway across the world from family is knowing that my children don’t get to spend much precious time with their grandparents. To try and compensate, we FaceTime my parents and in-laws regularly...

My older children love it. My seven-year-old sets up the phone on the couch and shows her grandparents her latest gymnastic moves. Meanwhile, my five-year-old son can chatter endlessly about either Star Wars or Lego (or his favourite subject: Star Wars Lego).

But things used to be different for my youngest, who was only four months old when she began living apart from her grandparents. When she used to see her grandparents on FaceTime, she only seemed mildly interested. It was like watching TV – there were people on the screen – but she didn’t seem to really know who they were or what it meant. But now that she’s getting older (she recently turned two), she loves FaceTime.

Whenever my dad – her papa – hops on, he starts pulling silly faces and making funny sounds. My little girl laughs and tries to copy him, clapping her hands in appreciation of his antics. Whenever my mum – her nanna – comes on, the conversation turns lovey-dovey, with my mum saying to my daughter “I love you”, again and again. My little girl then reaches out her chubby hands, grabs the phone, and plants a big kiss on the screen, followed by a massive hug. Her other grandmother – who she calls ‘Bobbi’ – teaches her nursery rhymes and the two twinkle away with their little stars together, while her other grandfather plays peekaboo with her.

However, the fact that FaceTime is an electronic form of communication makes many consider it ‘screen time’. And, according to the Raising Children Network, children under the age of two should “steer clear of the screen altogether”. But now new research suggests something I’ve thought all along – that FaceTime shouldn’t just be considered passive ‘screen time’. The research, published online in the journal Developmental Science in July this year, showed that young children can gain meaningful interactions from FaceTime.

The study involved 60 children aged one to two years. The toddlers were split into two groups. One group watched one week of real time FaceTime chats, while the others watched pre-recorded videos. Both groups responded to the person on the screen, but only those who watched FaceTime responded in time by imitating things like clapping. Those who interacted via FaceTime also learned new words and patterns, while the other group didn’t. The researchers noted that children as young as 17 months could interact and respond via FaceTime.

“They start to understand who that person is on the screen, and they’re able to get something meaningful out of the live video interaction with them,” explains Professor Lauren J. Myers, Ph.D., a developmental psychologist at the Lafayette Kids Lab at Lafayette College in Easton. We experienced that first-hand when my parents came to visit recently. My little girl, who was then almost two, went running straight to my mum, called her ‘nanna’ immediately and began hugging her. Then, when she saw her papa, she made funny faces and waited for him to do the same. It was fascinating to see her interact with her grandparents in the same way she had when they communicated through the phone.

While I wish my kids could spend more face-to-face time with their grandparents, I take comfort in knowing that tools like FaceTime help us bridge that gap a little.

word! having my son’s grandparents living in russia and argentina (while we live in new york) we are grateful for the way technology helps us to stay connected.