Fiona Jolly On: Life With Twins, Her Career Transition & Life in England’s Wiltshire

Fiona Jolly is standing in the sunshine in her blossoming garden at Ogbury House with her seven-year-old twin daughters Poppy and Harryo. The whole scene is so serene, it’s hard to know where to start. They’ve just finished cutting fresh peonies straight from the glorious garden and are now playing with their pet ponies, which are roaming around the backyard. Idyllic. Magical. Delightful. We could go on. The Wiltshire country home is, actually, just really dreamy. Jolly was introduced to her husband Jamie through a friend who thought he was just right for Jolly. “We were engaged in a year. He lived in LA, but moved to London once he realised I was not moving to LA,” she says. The pair fell in love with Ogbury House almost 20 years ago when they were invited over to the home for an early evening drink. “It was a beautiful summer evening and I looked out across the valley from the terrace and decided that one day I would live there,” Jolly recalls. 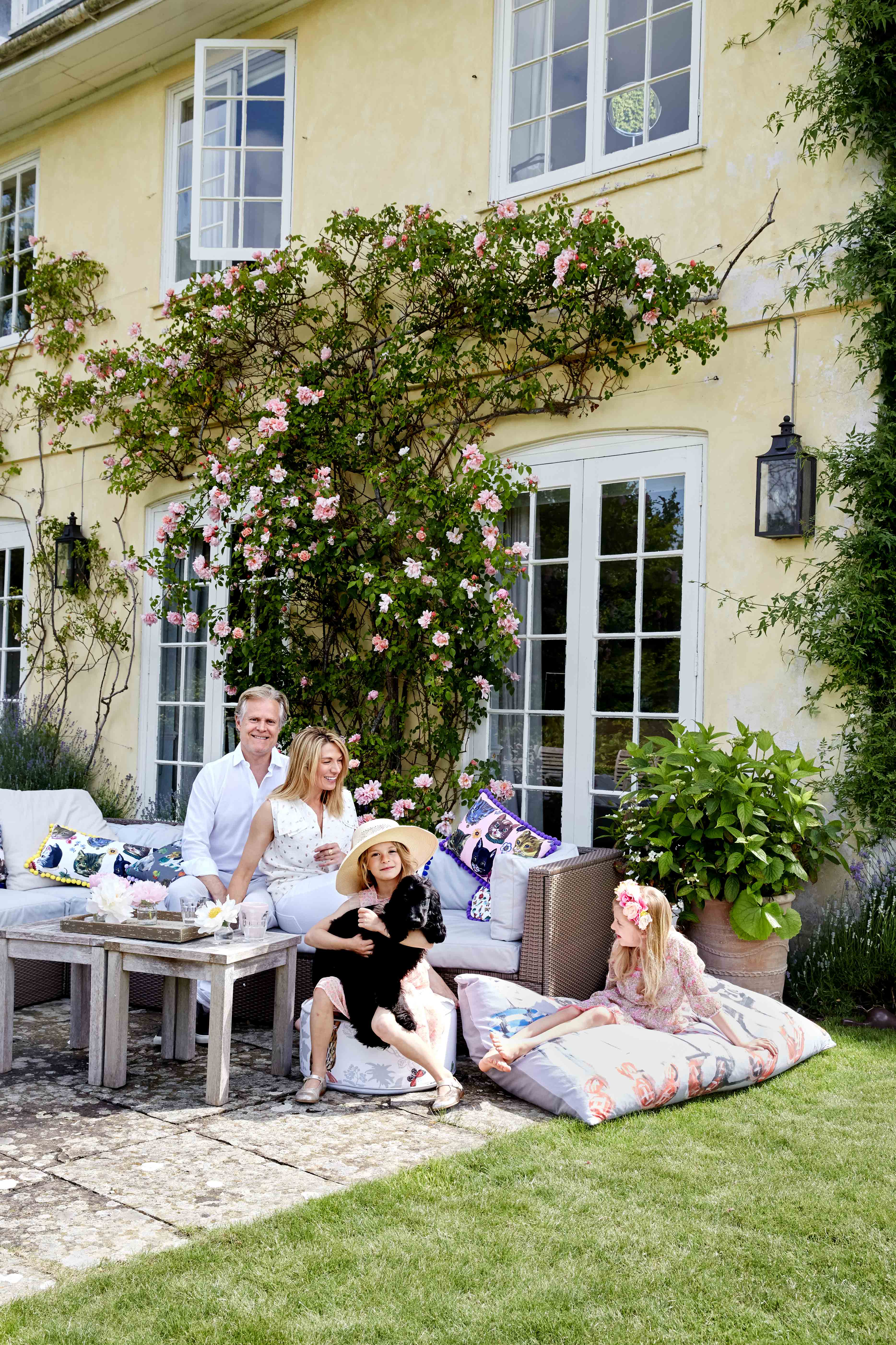 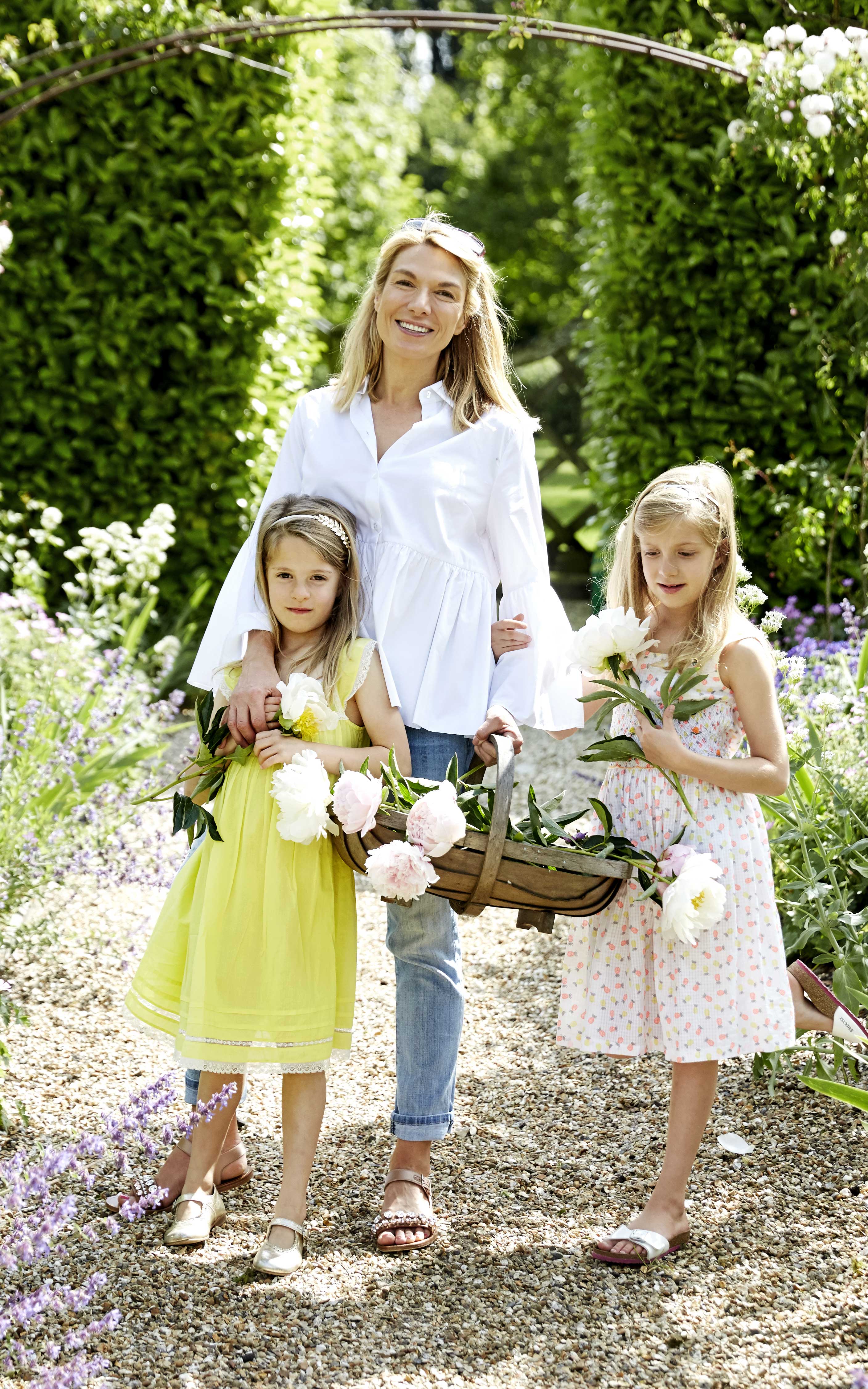 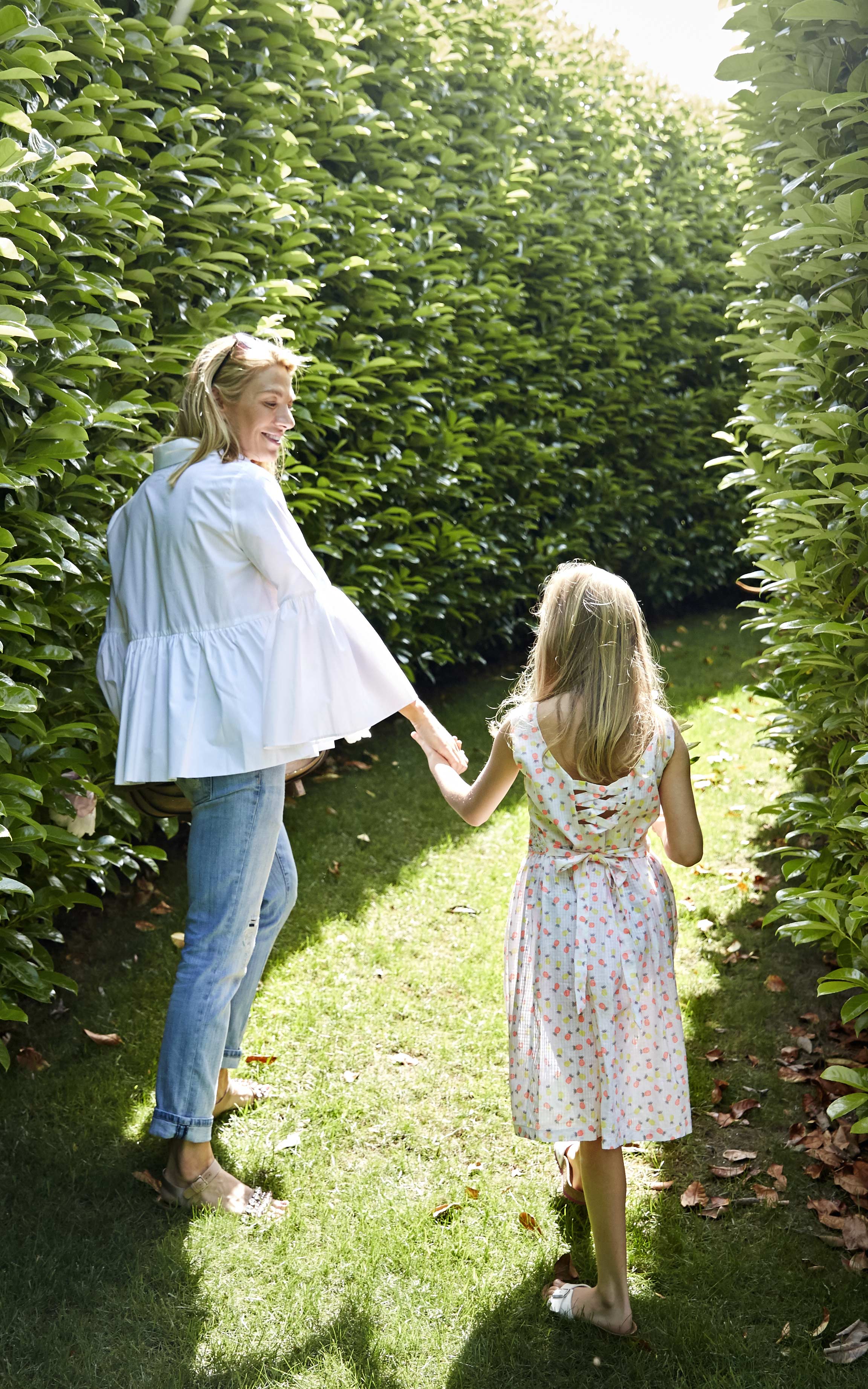 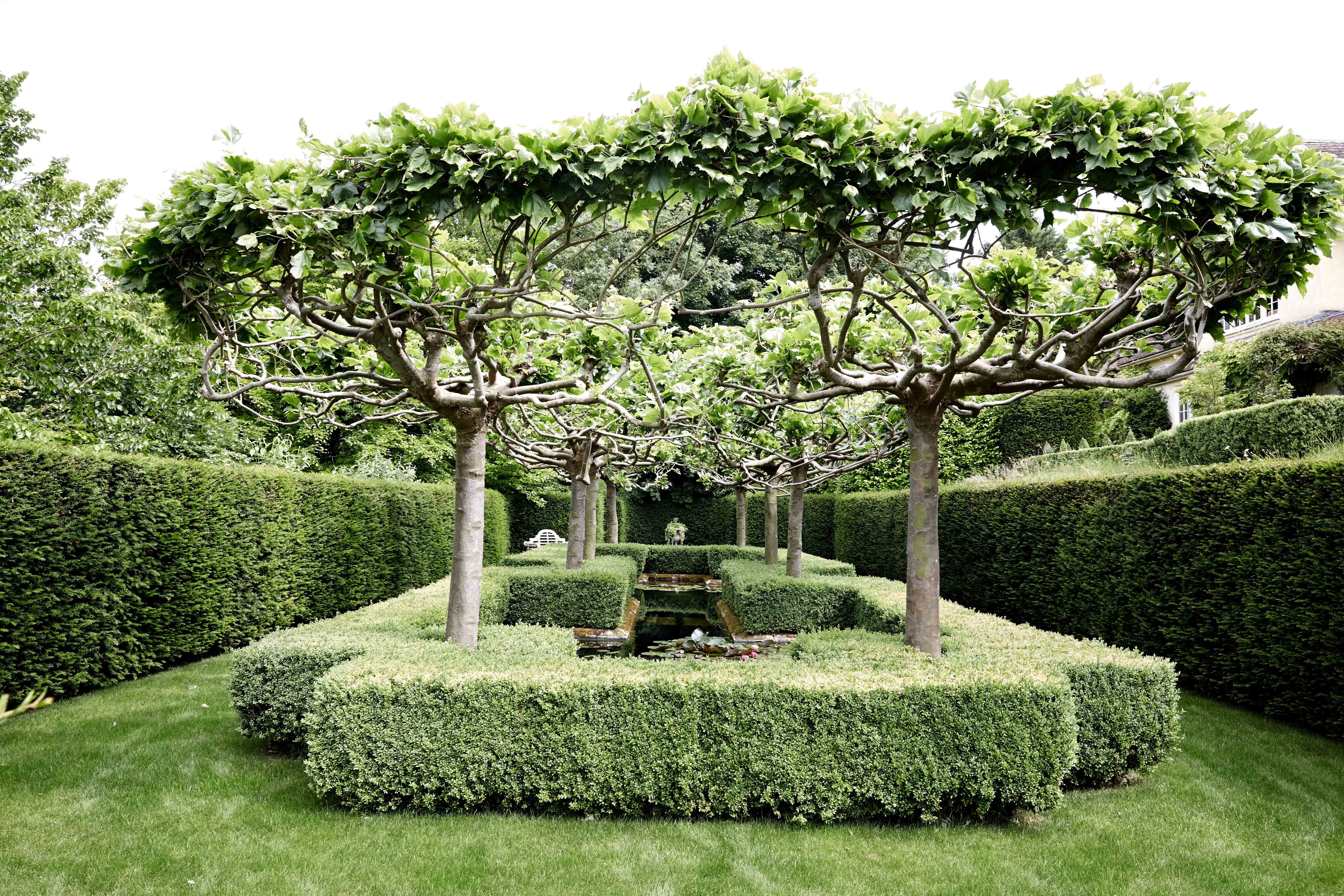 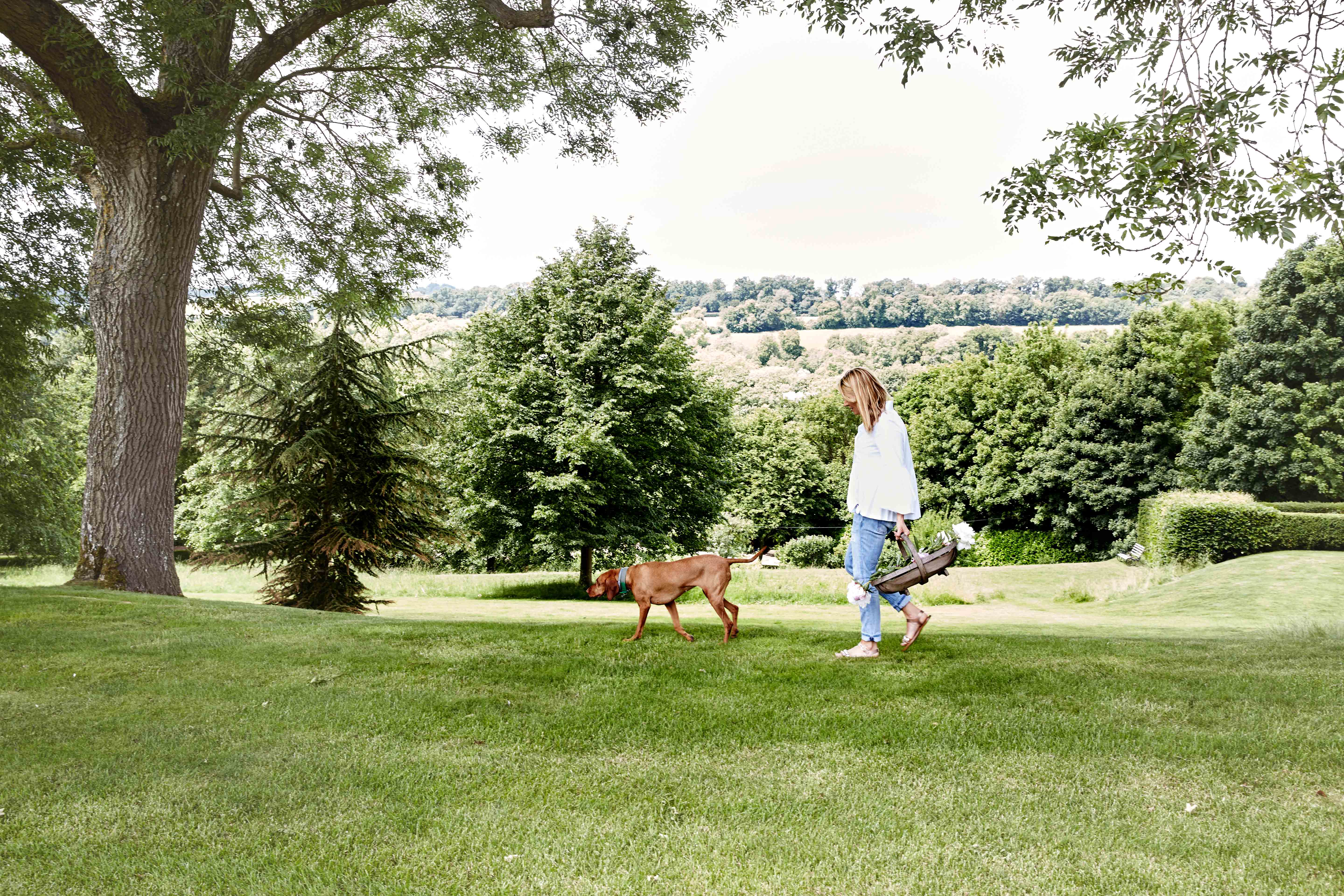 Life at Ogbury House is as idyllic as you’d imagine. “My favourite Wiltshire day is waking early and taking the dogs, horses, children and husband to Salisbury Plain for a ride. You can ride for hours without any roads or gates. Then back for a late brunch and play in the garden, ending with a movie curled up on the sofa,” she says. It’s clear that animals are a big part of their life in Wiltshire. “I am mad about animals; we have a cat, two dogs, two horses, two ponies and lots of fish. I would have many more, but I have been told to stop,” she says, laughing. “The children spend most of their day outside with their ponies and animals. I had them on a pony at the age of three and they are pretty good riders now. They love animals and nature. We will go for walks before school and look at flowers and discuss what they are and how they smell. Summers are the best in the country, but they love Christmas the most,” says Jolly, describing their life in the country. We told you: really dreamy.

Jolly grew up in the country and wanted her children to have a similar upbringing. She was raised in Lincolnshire and later went to school in Harrogate. “I went at the age of 10 and only came home in the holidays and half terms. It did teach me the art of writing a letter, but being dyslexic no one could understand my letters anyway!” she says, with a laugh. She would often sit in class, looking out the window and dreaming of moving to London and becoming a makeup artist. “I wanted to be on fashion shoots, it all seemed hugely glamourous. I would do makeup for all the school plays and in the holidays, I started doing work experience at various magazines.” At the age of 15, she left school and moved to London. 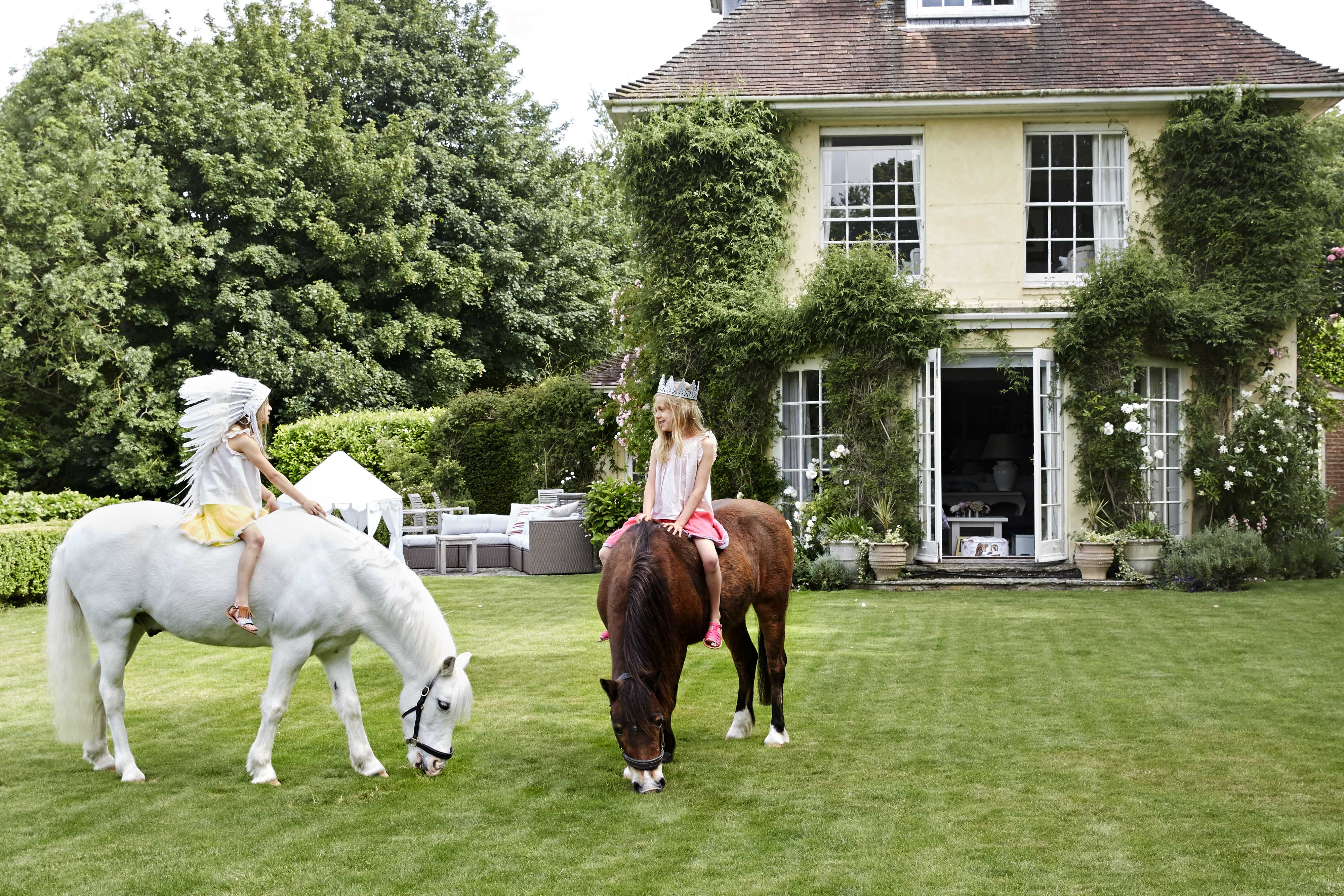 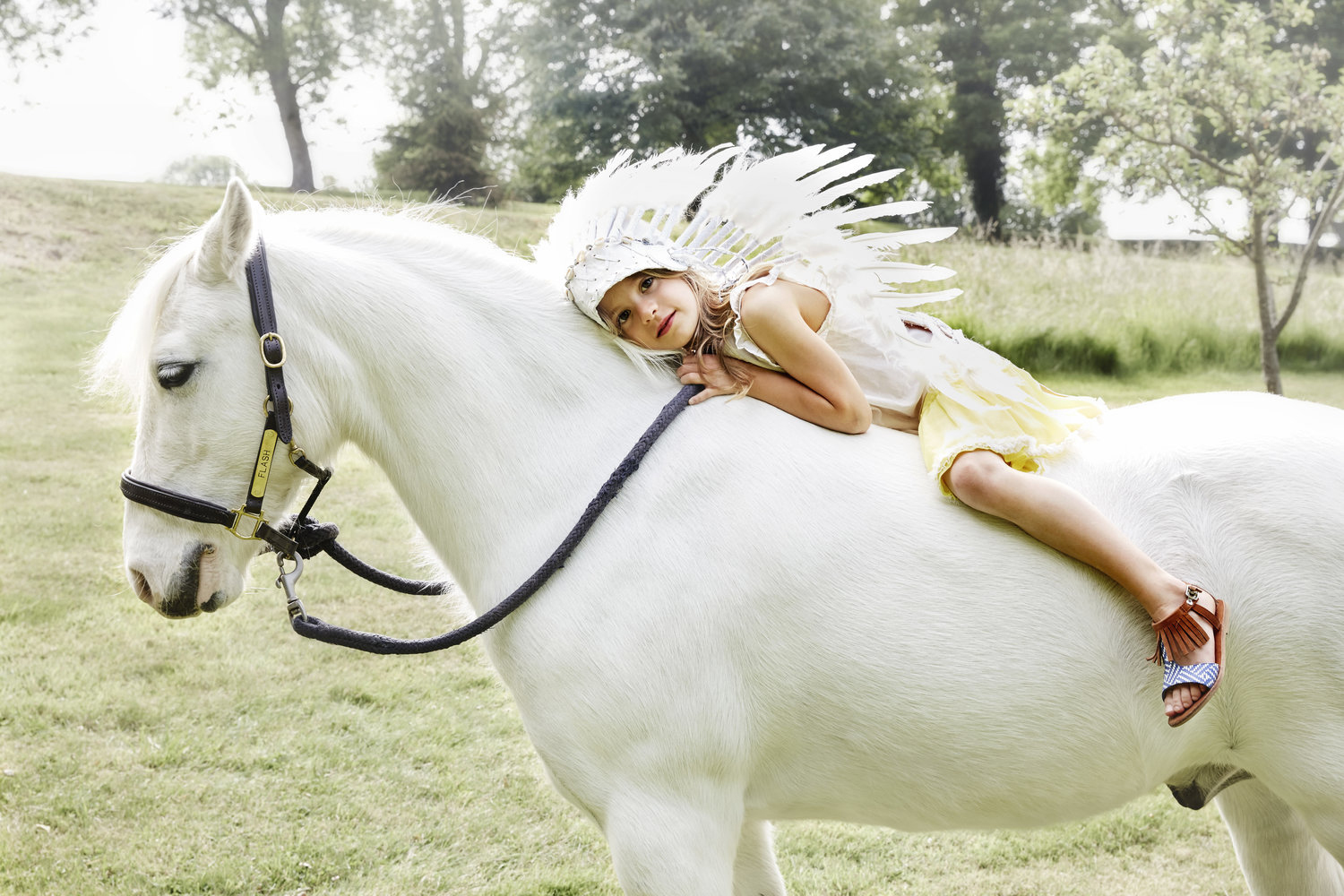 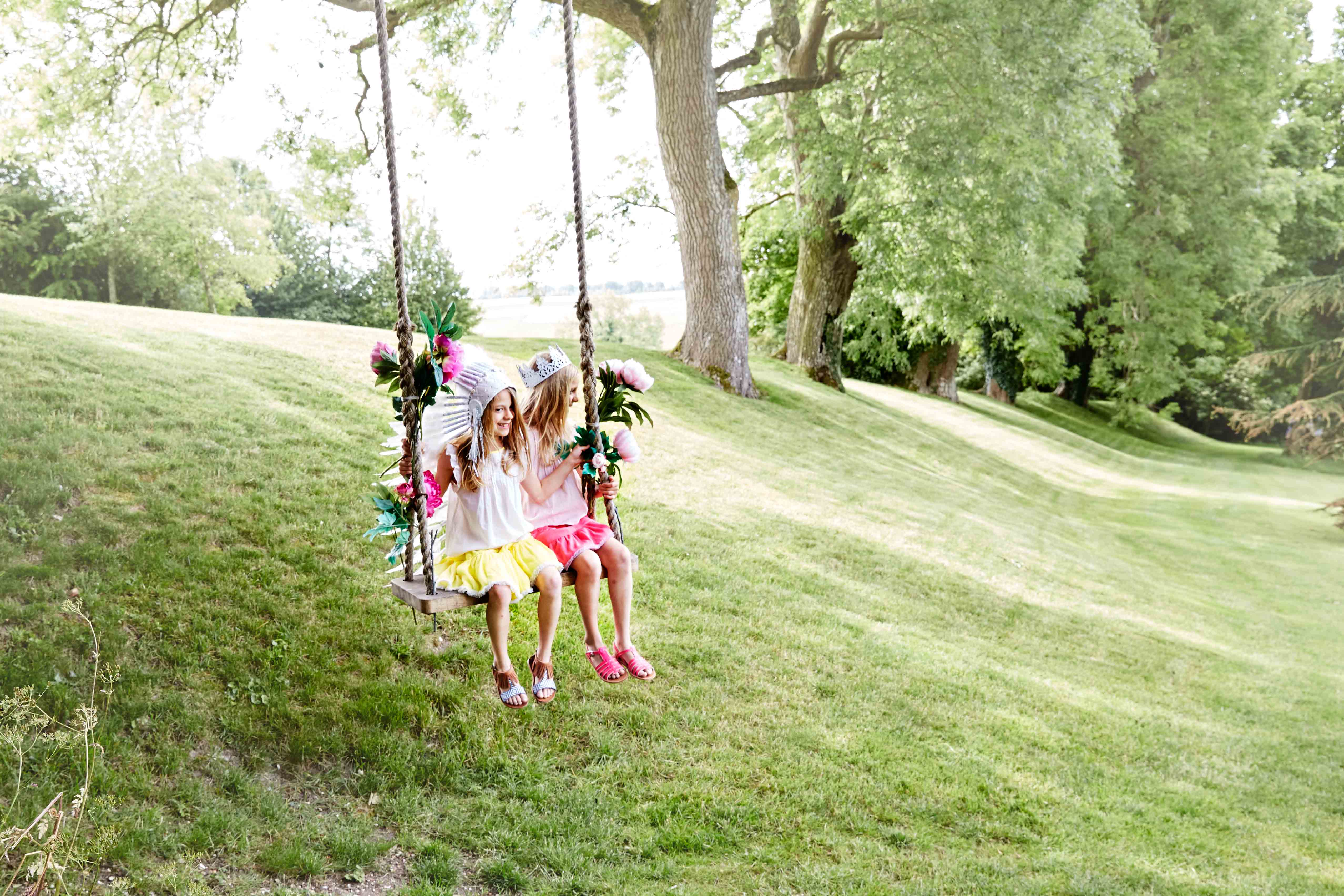 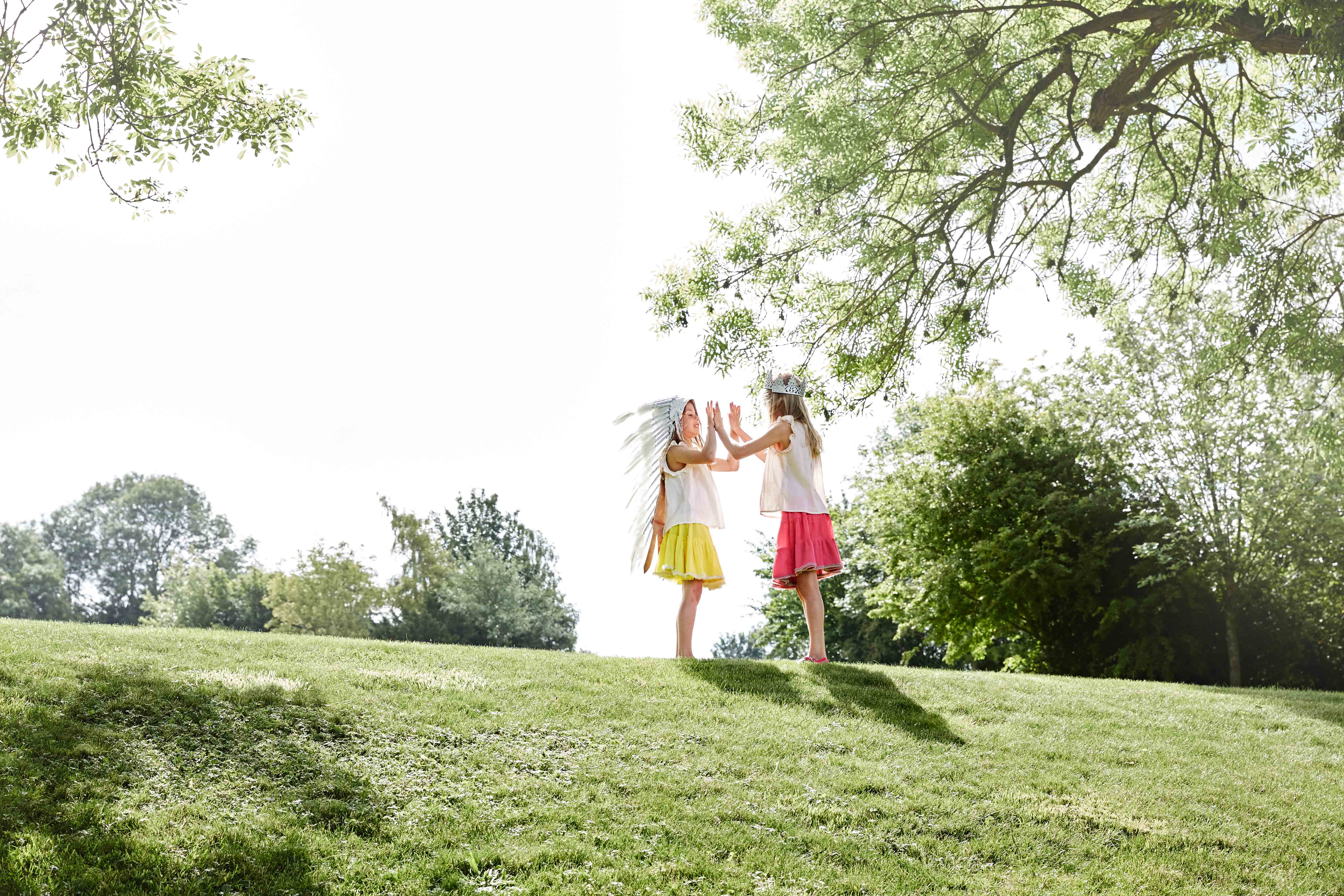 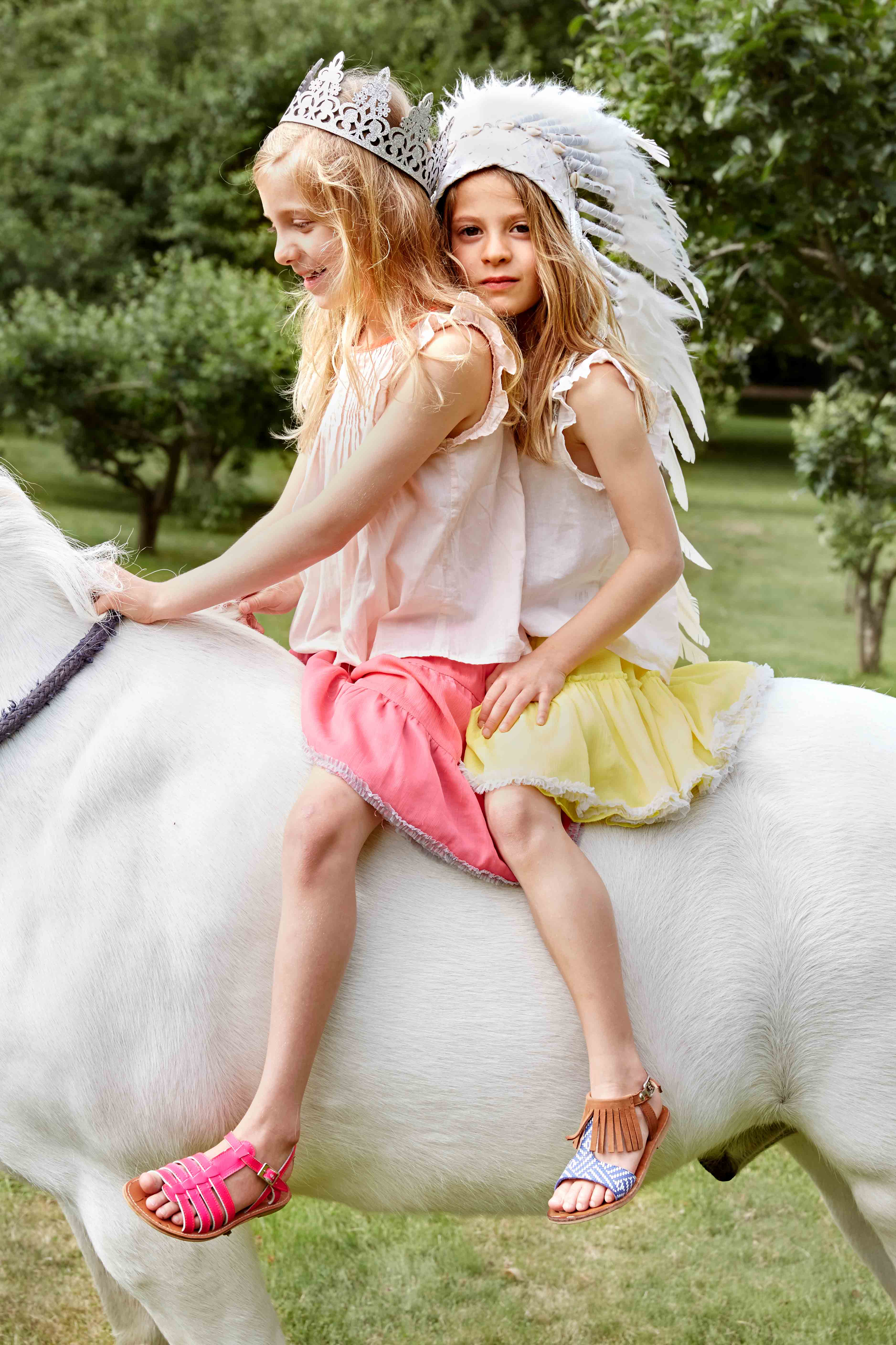 “I loved everything about the job,” she reflects on her days as a makeup artist (celebrities such as Kylie Minogue and Goldie Hawn were clients). “It’s more than a job, it’s a lifestyle. It’s a job that works best if you do not have a husband or children as you’re flying between jobs in different countries. Weekends do not exist and you never go on holiday as you are shooting in amazing places and your friends – stylists, models or photographers – are normally on the jobs with you.” When her twins were born, she was the spokesperson for Maybelline NY and continued to work for the first year of their life. “I realised I could not stay being a makeup artist and be a mother. It was hard and I hated being away from the girls.” She put down her makeup brushes in the second year. “It was a hard thing to do. I used to feel lost when people would ask what I did. For 24 years, makeup had been my life. I did start writing for magazines about beauty from home, but it wasn’t the same. In the end, I wrote a letter to makeup, “Dear Makeup, thank you for giving me my independence, money, friends, travel, act. Then I burnt it, after that I never felt sad about leaving it behind,” she says. During her time as a makeup artist, she studied shamanic healing in her spare time. “I studied for nine years and worked with shamans all around the world. This work gave me a wonderful framework for becoming a mother and raising children. The shamanic work is about intention and connection. It’s wordless so perfect for young children. A child needs to feel your full attention eye to eye and feel that they are being heard and loved.” 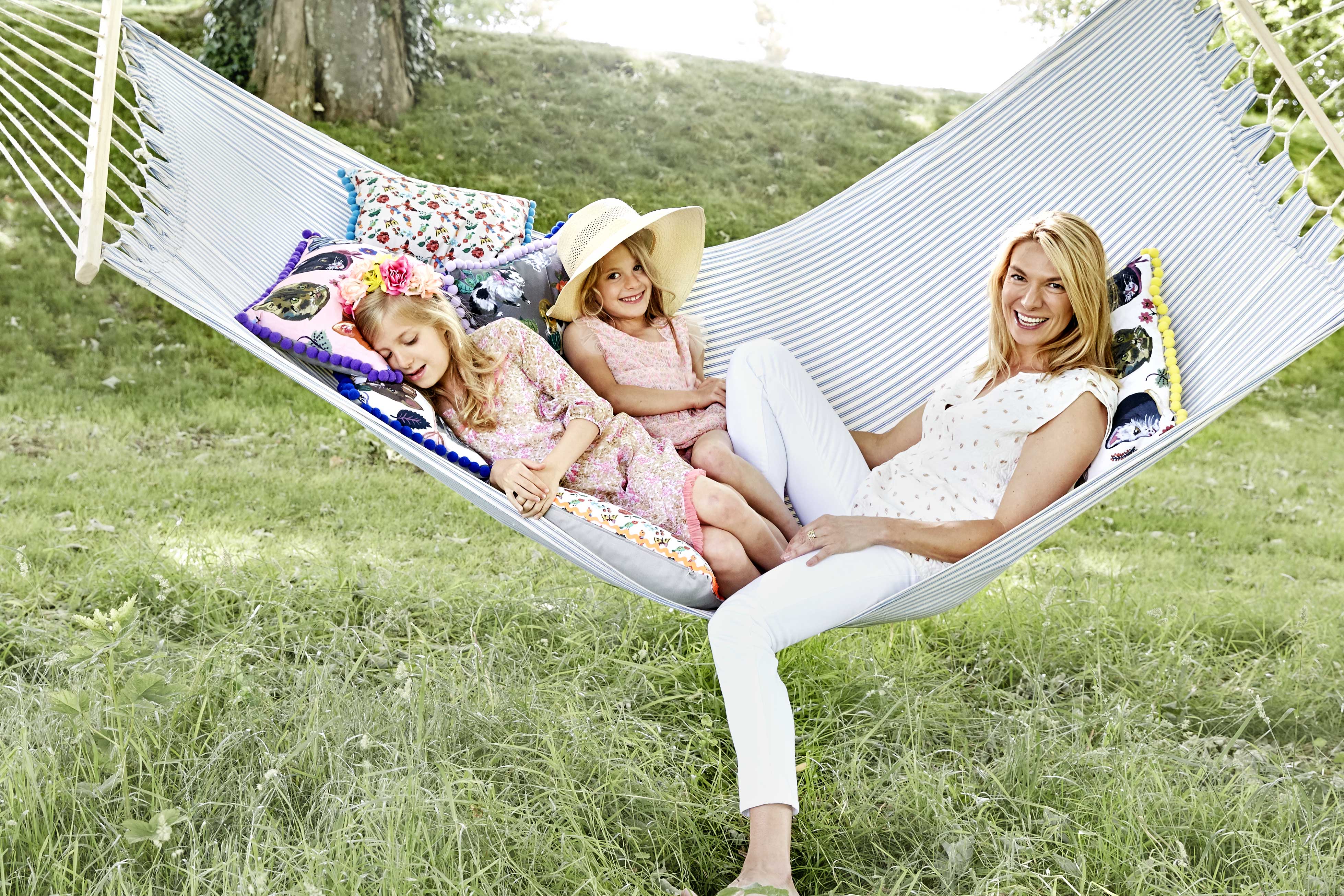 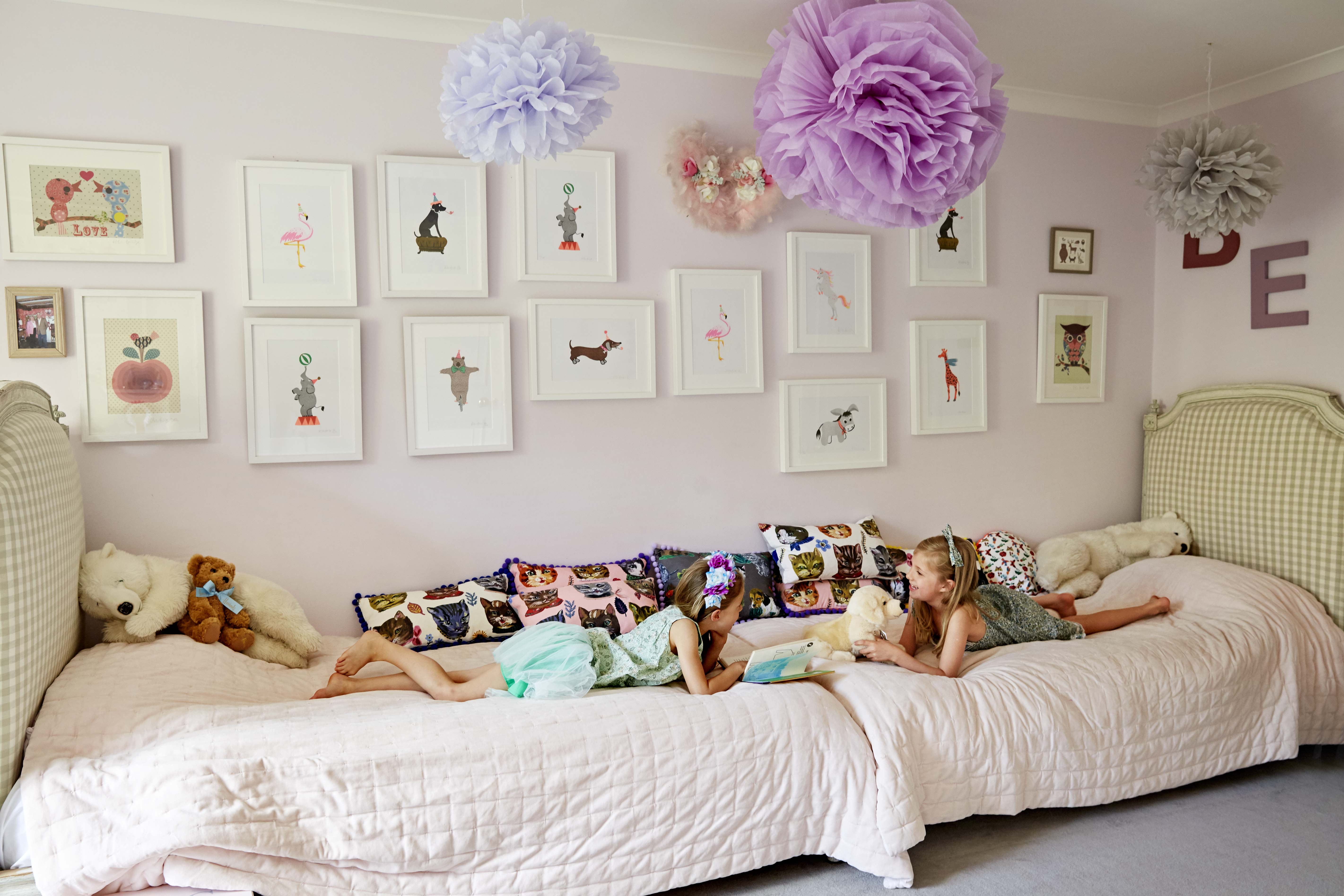 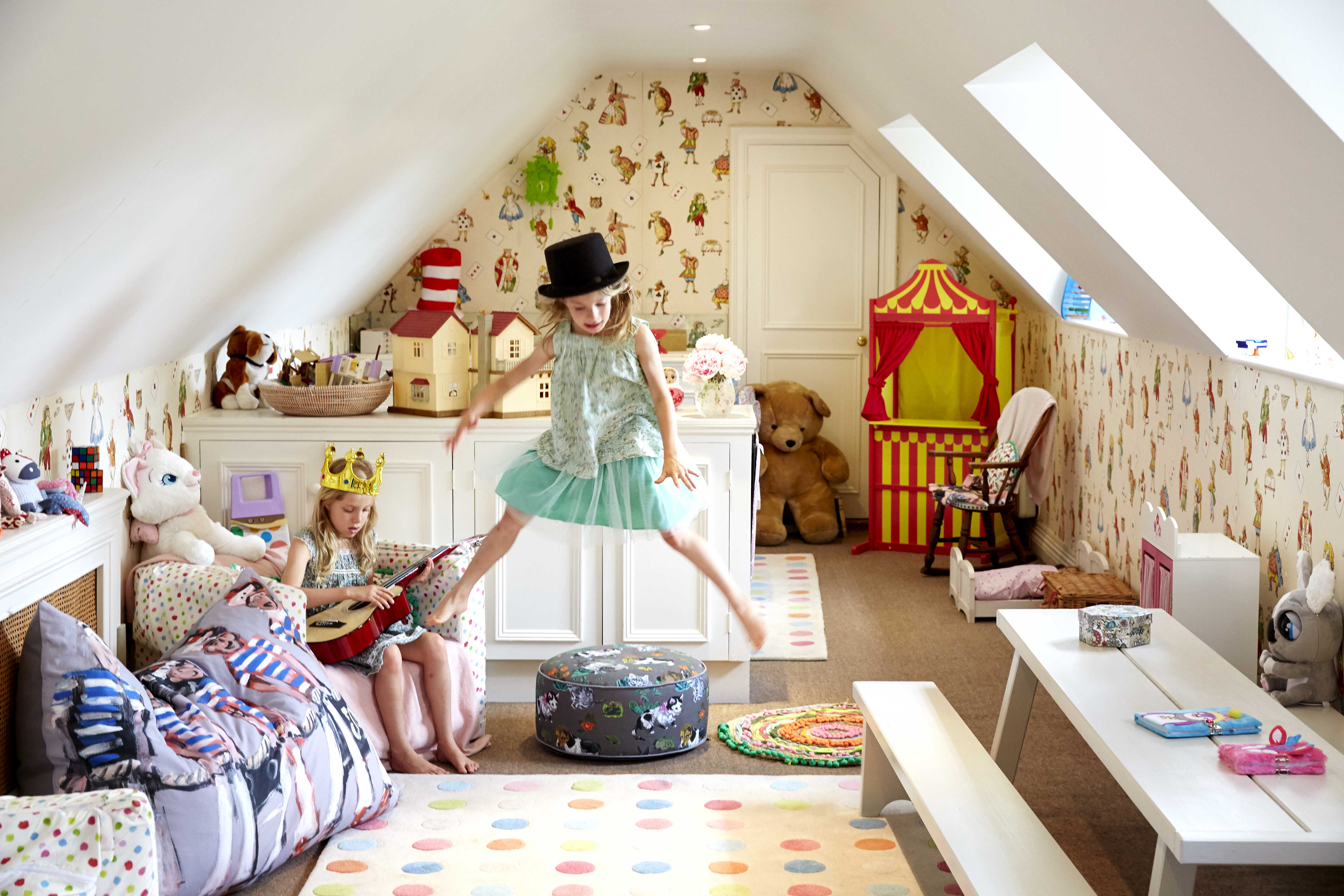 Life with twins in a word? “Amazing”. “They are the best of friends one moment yet can rip each other’s heads off in a blink of an eye. They are constantly checking out what the other is doing, getting or watching. It’s like being a peace ambassador most of the time. They have got to an age where they play well together, which makes life a little easier.” Initially, the sleep deprivation was challenging. “The big thing for Jamie and I when the twins arrived was the shock of saying goodbye to ever sleeping properly again. I remember asking a friend who has five children, ‘When will it get easier?’ I thought she was going to say six months and she said six years!” When the girls first arrived, they both took turns at night. “I did shift work for the first two years at nights with Jamie. I would knock on at 9 pm and start back on at 3:30 am. When one woke up she would set the other one off. Great fun! I found keeping a good sense of humour helped. My husband’s pretty funny and the children made us laugh a lot too,” she says. These days, life is busier than ever but life in the country keeps things grounded. Jolly travels to London on a Wednesday and Thursday to her showroom and house. “I am normally busy meeting people about work and showing people the furniture and cushions,” she says. It’s also a chance for her to catch up with friends, usually over sushi. “You can’t find any delicious sushi in Salisbury!” Jolly also keeps a close eye on her schedule. “I keep a tight diary; every half hour is worked out the day before. I seem to be constantly on the move. With fitting my hobbies in as well as my work, I’m always busy, but it’s mainly fun things so I’m happy. I try to slow down once the girls get back from school and give them time. As long as I don’t do many evenings out, I am pretty unstressed and a nicer mother and wife,” she says. 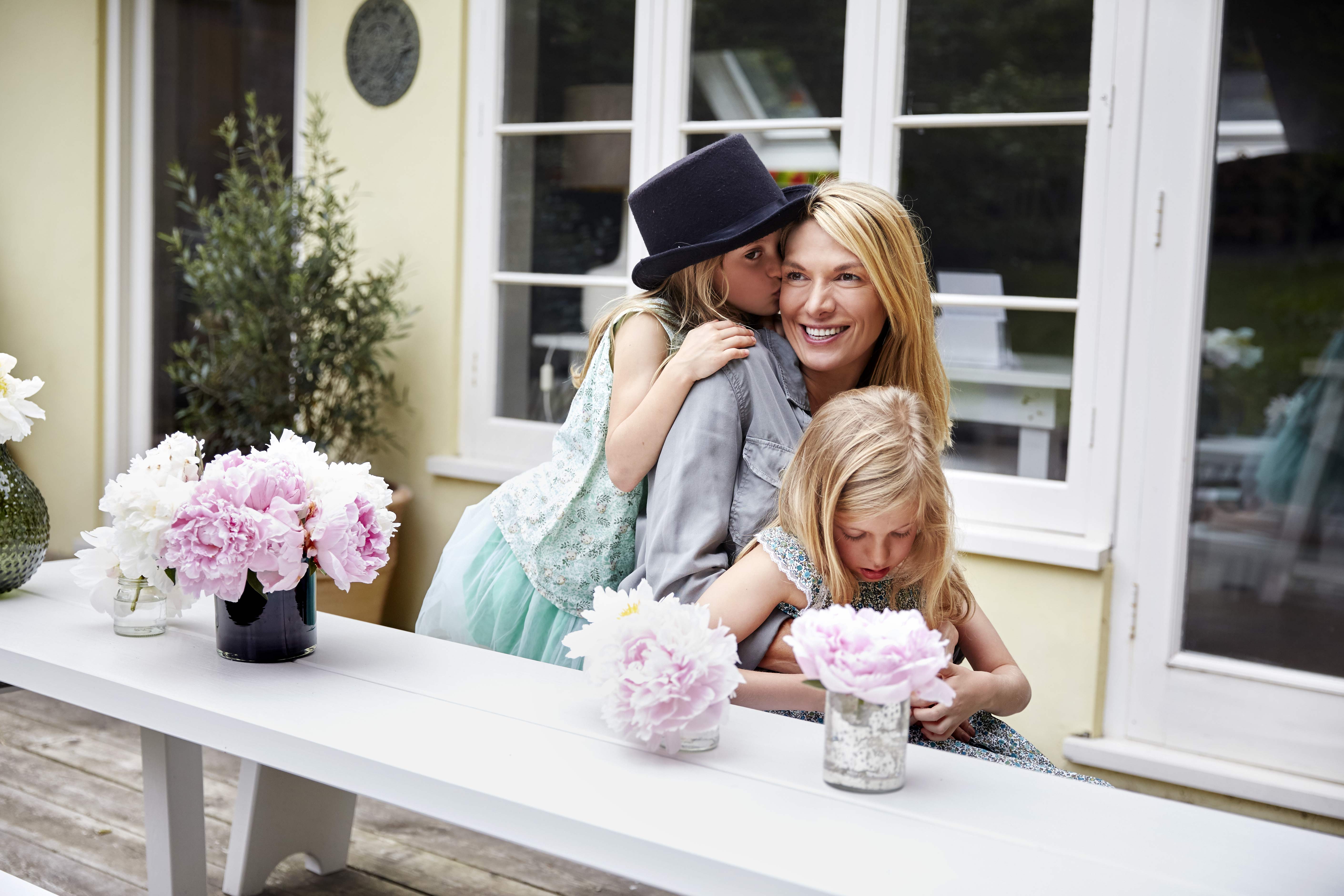 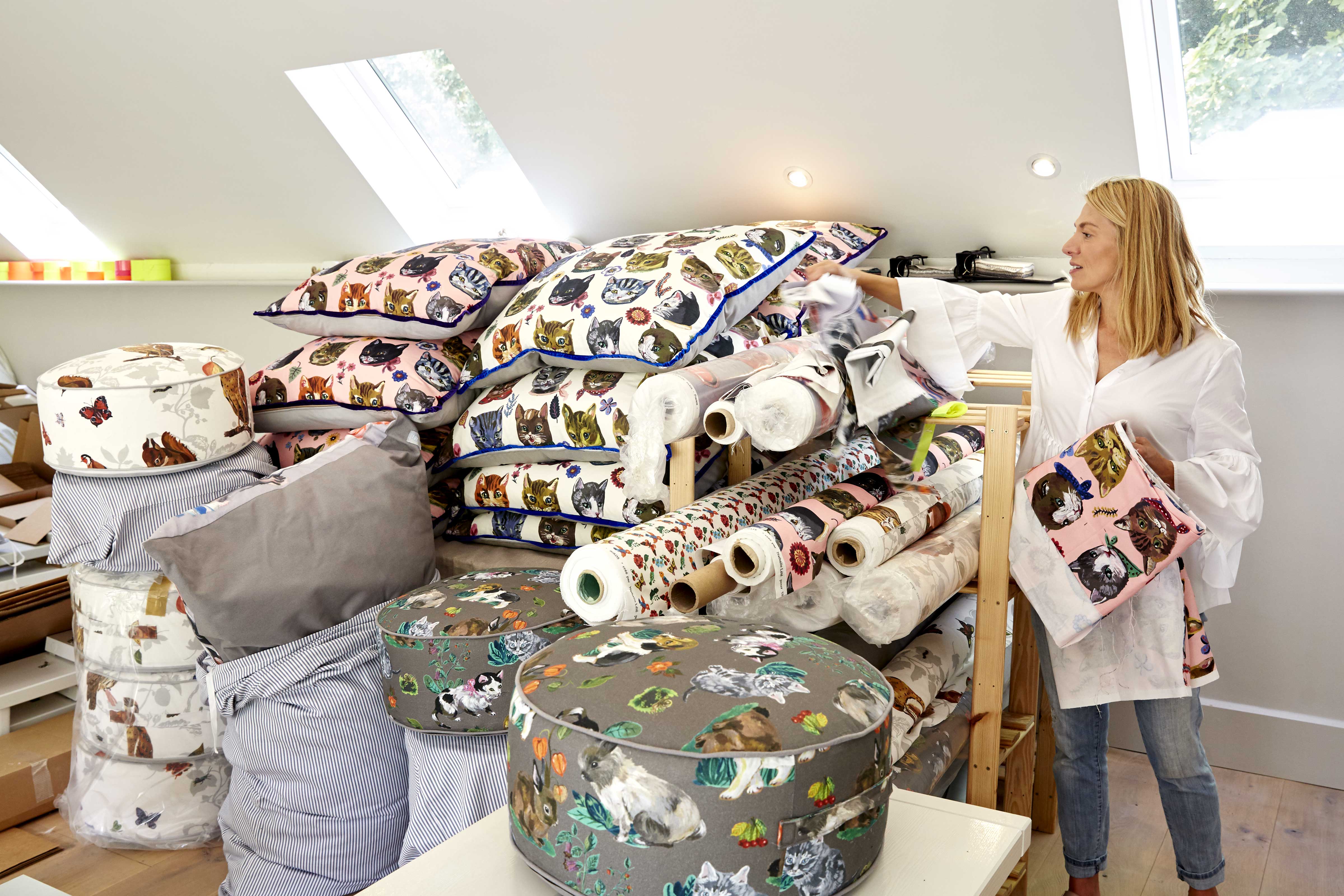 Launching her furniture business, Reasons To Be Jolly, was never the plan, but motherhood often inspires the greatest ideas. It was when her children turned two that she started searching for a beautiful long white table to sit on the lawn, with matching stools. She had the perfect height in mind: it would let children have their feet on the ground and get up and help themselves. A little like a mini dinner party. “I had been at lots of birthdays where the children were either on the floor like dogs or perched high up on cushions with mothers holding them. I looked on the Internet and in shops and there was nothing that looked attractive or could seat more than six,” she explains. So Jolly got to work and made her first 7ft long table. “I could fit over 20 children around it. It was amazing watching the twins hosting their own party. They offered the cupcakes around and made sure everyone was ok. After four years of using my table for parties and family gatherings, I decided to start making them in my garage for friends.” Jolly hand-makes everything using sustainable hardwood which can live inside and out. There is no self-assembly and the tables have safety catches. They are also weighted, which means that even if an adult were to stand on one end of the bench, it wouldn’t tip. “From there I designed my London play tables aimed at interior design-conscious parents. Those parents who don’t want Peppa Pig, or flimsy fake wood in their kitchen or living room. I designed my own paints, in seven beautiful pastel shades. My Ogbury stools are made to the right height for a seat at the tables, to stand at a sink or to double as a bedside table. I hand paint everything in my garage in Wiltshire,” she says. What does success mean to Jolly? “Being successful would have to be doing what you love and making it a business. Also having time for your interests and spending time with the people you love. It’s also important to appreciate your surroundings and being able to laugh as much as you can,” she says. And laughter, we suspect is something which happens a lot at Ogbury House. Photography: Helene Sandberg | Go to www.reasonstobejolly.com 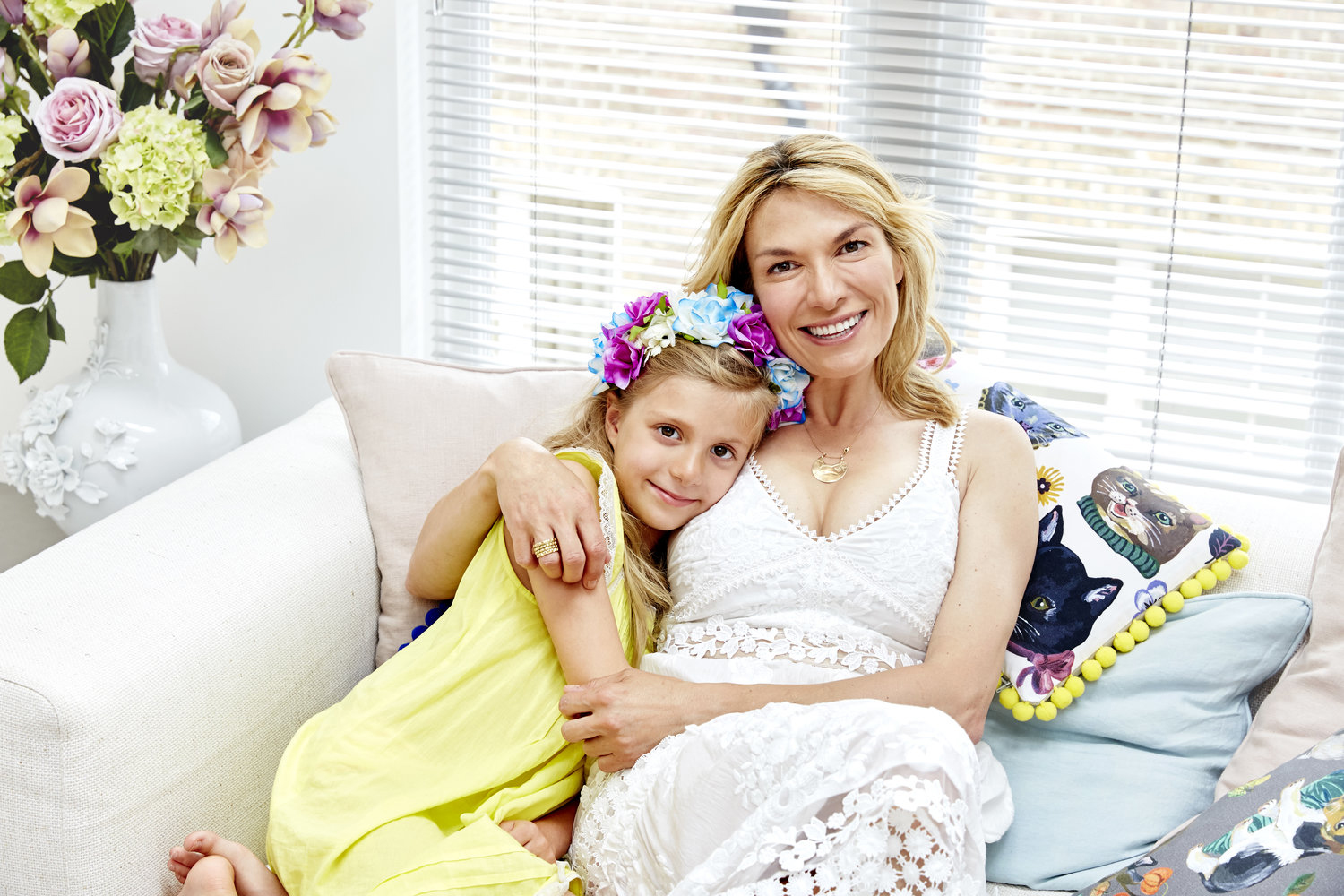