FRANKIE4 Has Done The Impossible. Introduced Fashion-Forward, Style-Focused Shoes … That Are Actually Good For Your Feet.

Hands up if you've ever taken your shoes off at the end of the day and breathed an enormous sigh of relief? Two hands up if this is a daily occurrence?

As women, this feeling is all too familiar. But when we’re focused on style and refuse to let a little pain get in the way of a good outfit … What’s the alternative? Well, up until very recently, there hasn’t been such an alternative, and so suffer in silence we did. But that all changed with the launch of FRANKIE4. If you’ve seen them pop up in your Instagram feed (and you probably have, with a legion of influencers as advocates), you’d be forgiven for thinking this was just another great new footwear label. As it turns out, you couldn’t be more wrong. In fact, FRANKIE4 is a label that has been developed by podiatrist and physiotherapist Caroline McCullouch … In a category that, yes – encompasses the words “orthotics.” Their shoes have been designed painstakingly to support our feet, with arch and heel support that will make your mother proud. We spoke to Caroline about the genesis of FRANKIE4, why looking after our feet is so important (particularly after pregnancy) and how she makes the juggle work. With FRANKIE4 completely revolutionising footwear, we can all now breathe a collective sigh of relief … Before we even kick off our shoes.

Tell us a little about FRANKIE4.

We’re an Australian footwear label saving soles. In 2011 I launched My own footwear label so women wouldn’t have to compromise on style for comfort, we are providing a healthier option for fashion footwear.

What inspired the launch of FRANKIE4?

It was out of sheer frustration! Years before I even started FRANKiE4, my husband (who is also a podiatrist) and I owned and operated podiatry clinics that stock footwear. We were the first in Australia to introduce retail footwear into a podiatry clinic setting. Footwear is critical for good podiatric treatment and we wanted it on-hand to prescribe the best footwear for our patients’ individual needs. But over the years it was evident there was a gap in the market. Despite having footwear stores I still struggled to be able to offer my female patients fashionable and comfortable options they actually wanted to buy. It was the day a patient was in tears I decided to take the plunge and develop my own range.

You’ve brought style to a category of footwear that has previously not been thought of in a stylish way. Why did you feel this was so important?

I had too many female patients frustrated and upset by the lack of footwear options they had that ticked both fashion and comfort. I could see a gap in the market, and I felt a real responsibility to fill this gap. Footwear is so important, feet are so important; my passion is foot health, footwear and fashion. FRANKiE4 is simply a combination of my passions and is why it is so important to me. 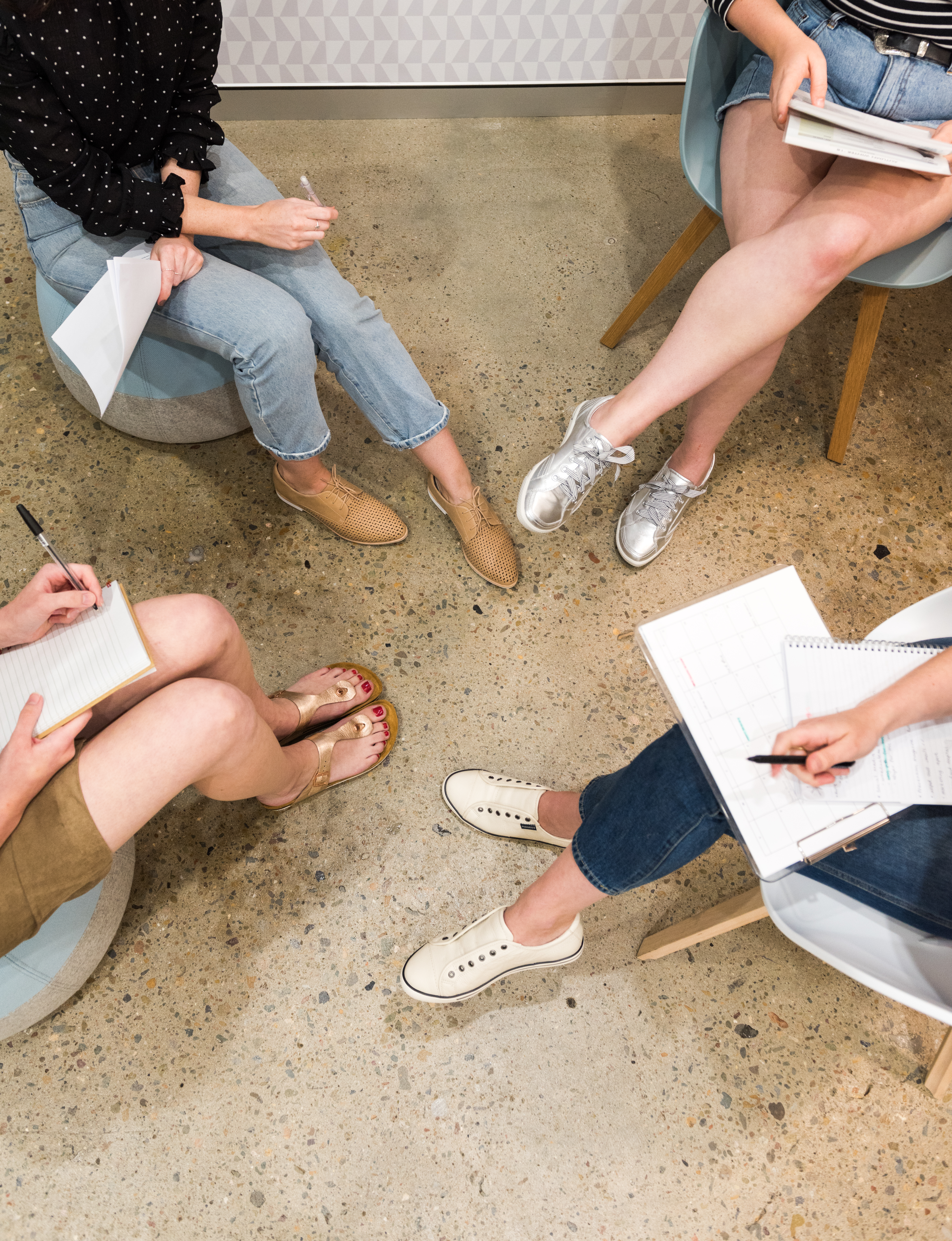 Talk to us about feet. What are some of the common complaints and issues women face (particularly after experiencing pregnancy)?

I’ll happily talk feet! I love feet and I’m not ashamed to admit it!  My friends still tease me that I married Al (who is a podiatrist) to feed my foot obsession! Pregnancy is certainly not a friend to feet. I’ve heard many times from patients or customers the issues they’ve faced with their feet after pregnancy.  I started developing my range when I was pregnant with my first child so it was perfect timing for me to wear-test features that would support the foot during and after pregnancy. Studies show about 60-70% of women experience permanent change to length and/or width of their feet after their first pregnancy. On average, women gained 2-10mm in length. This is equivalent to going up a whole shoe size or more. The problem I would see, and studies support, is that women often don’t change their shoes to accommodate the change in width or length.  Women are often wearing shoes too short or narrow, which can cause a myriad of long-term foot problems.  My husband and I developed the perfect solution for this with our patented ‘Custom Fit’ assembly. It’s all included in the box and enables the wearer to adjust the fitting of the shoes to a wider fit (without having to buy chunky wide fitting shoes!). Drop in arch height is also common, and as a podiatrist and physio, this makes my eyebrow twitch! Studies have shown that a reduction in arch height during pregnancy can have a direct correlation with the fact that women experience higher rates of arthritis in their feet, knees, hips and spines later in life. This is one of the reasons I ensure all our styles have arch support!

Does wearing the right shoes help?

YES! Footwear is critical. After years of treating patients, I could see first hand what help or hindrance footwear could be on foot symptoms.

What has the process been like launching your business?

It was a natural progression really. As a podiatrist and physiotherapist, owning my own footwear stores, it made sense to start to develop a range I was truly passionate about prescribing. My first styles were developed and made in a small footwear factory in Sydney. My initial order with them was only 200 pairs, at it felt so huge. I moved offshore not long after that and have been with the same supplier since. Our footwear is all made in Vietnam. Initially, we just sold our footwear in our own Podiatry Clinics. It was the perfect way to gauge feedback from our patients and customers. It gave me an opportunity to listen and tweak the styles until I felt I was hitting the mark. Since launch, our company has seen good growth, but it is sustainable. Just this past 14 months we’ve ordered over 230 000 pairs of shoes and have still struggled to keep up with demand. It’s such a balance; ordering an amount of stock that doesn’t feel too scary, but not too little that you worry customers will be disappointed. Ohhhhh to have a crystal ball when we place our orders would be handy!

What have been some of the greatest challenges so far?

Cashflow was a massive challenge in the first few years… that used to keep me up at night. The growth wasn’t exciting because I was so worried we couldn’t afford it. It’s a relief to be out of those woods now.

What about the biggest joys?

On a business level, my team brings me the most joy. It’s a humbling feeling to look at staff whilst they are saying clever things, seeing them fitting customers, taking customer calls, building marketing materials, giving me reports, basically constantly catching balls around me… and I think in my mind, ‘Wow… You chose my FRANKIE4 as your career path’. Because I have a competent crew, it affords me the ability to work from home and work flexibly around family needs. That is joy to me, to not feel trapped by work, and that’s a credit to my team I have that.

How do you make the balance work with business and family?

With the right staff, I can make the balance between business and family. It used to feel really hard, and at ‘weak moments’ I would question if it was all worth it.  But the past few of years have been great. The team is crucial, having staff that are a good fit, is critical.

What’s next for FRANKIE4?

We are releasing something that will be a something different and new for FRANKiE4 in July/August this year, and I’m confident our customers will love it. So many soles to save… Watch this space!