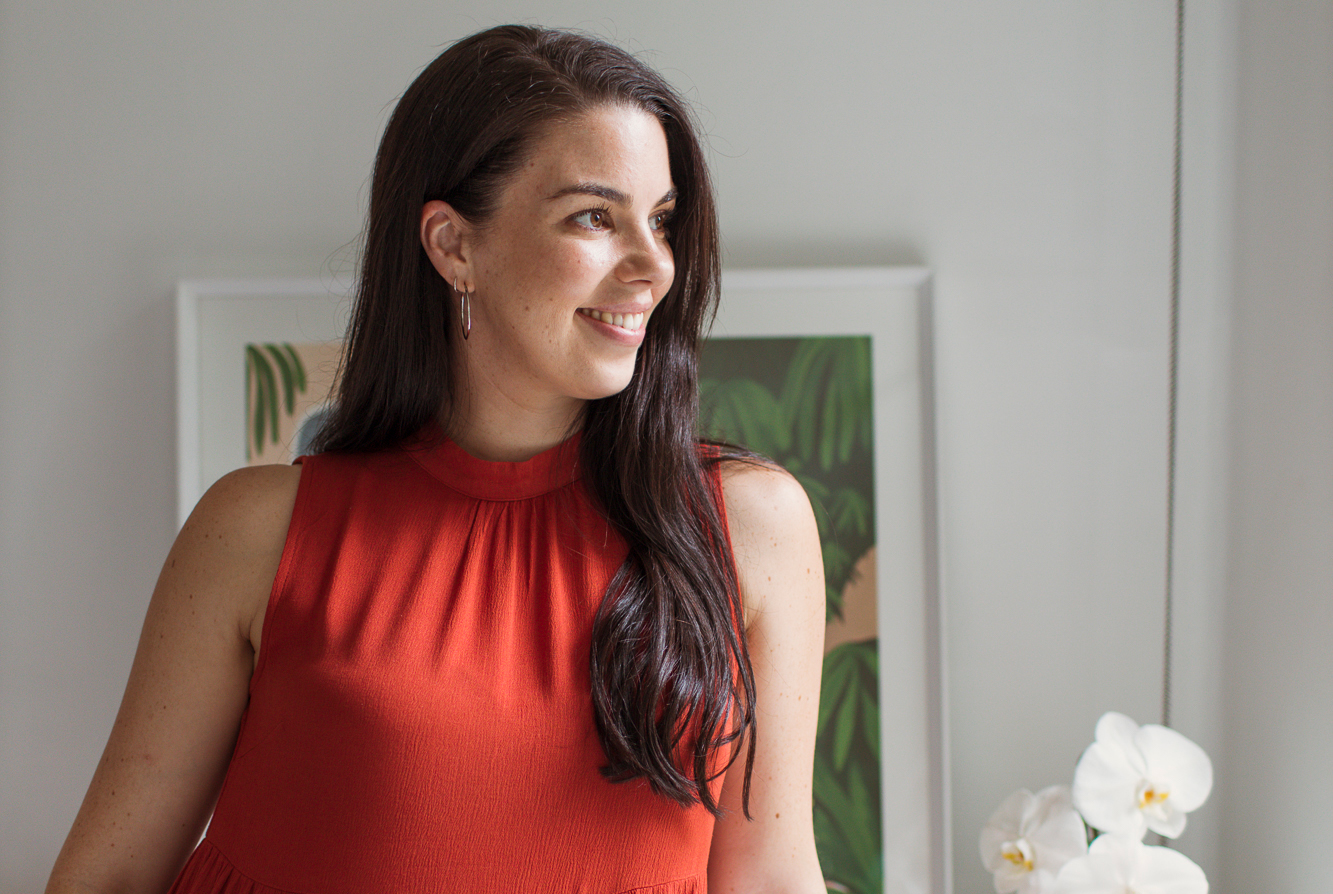 They say timing is everything. A few days before I received an official invitation to come and work at The Grace Tales, I found myself lying on the couch at 2pm on a weekday. This is not normal – my daughter was at daycare, my inbox was at disaster-level, and my to-do list was, to put it lightly, alarming. But there I was, having just eaten a sandwich and finding the effort had rendered me unable to make the 10-step journey from couch back to my desk.

“I haven’t been this tired since…”

I didn’t even need to finish the thought – I could practically hear the cartoon lightbulb pinging above my head.

45 minutes later I was in the doctors office confirming that baby number two was indeed imminent.

I felt all the things at once: elation (of course), terror (will I ever sleep again?), and, strangely, even guilt that we’d fallen pregnant so easily. A rational woman, I do not claim to be. And then there was the small matter of my dream job, hanging in the balance.

Thankfully, if there was ever a place where motherhood is celebrated, and not ‘managed’, it’s a company built by mothers, for mothers. And so I signed my contract with The Grace Tales with baby on board, a truckload of gratitude, and another reminder of the privilege I have to live in this time and place (send my regards to the Suffragettes).

I often think my career is like a story told in reverse. You know the one about the career woman who quits her 9-5 to become a Pilates instructor? I’ve done it backwards, with my fair share of detours. After a year in law school (plenty, thanks), a backpacking jaunt around Europe and a degree in Dance, I spent most of my twenties as a freelancer. I worked as a dancer/choreographer before picking up a few gigs teaching barre and Pilates. Before long, teaching became my passion and I lived in activewear. Despite this, I’ve always described myself as a writer, and words somehow became a part of the fabric of whatever I was doing – from writing programme notes for shows, to blogging about fitness and eventually, a stint in Marketing that reminded me just how much I love words. 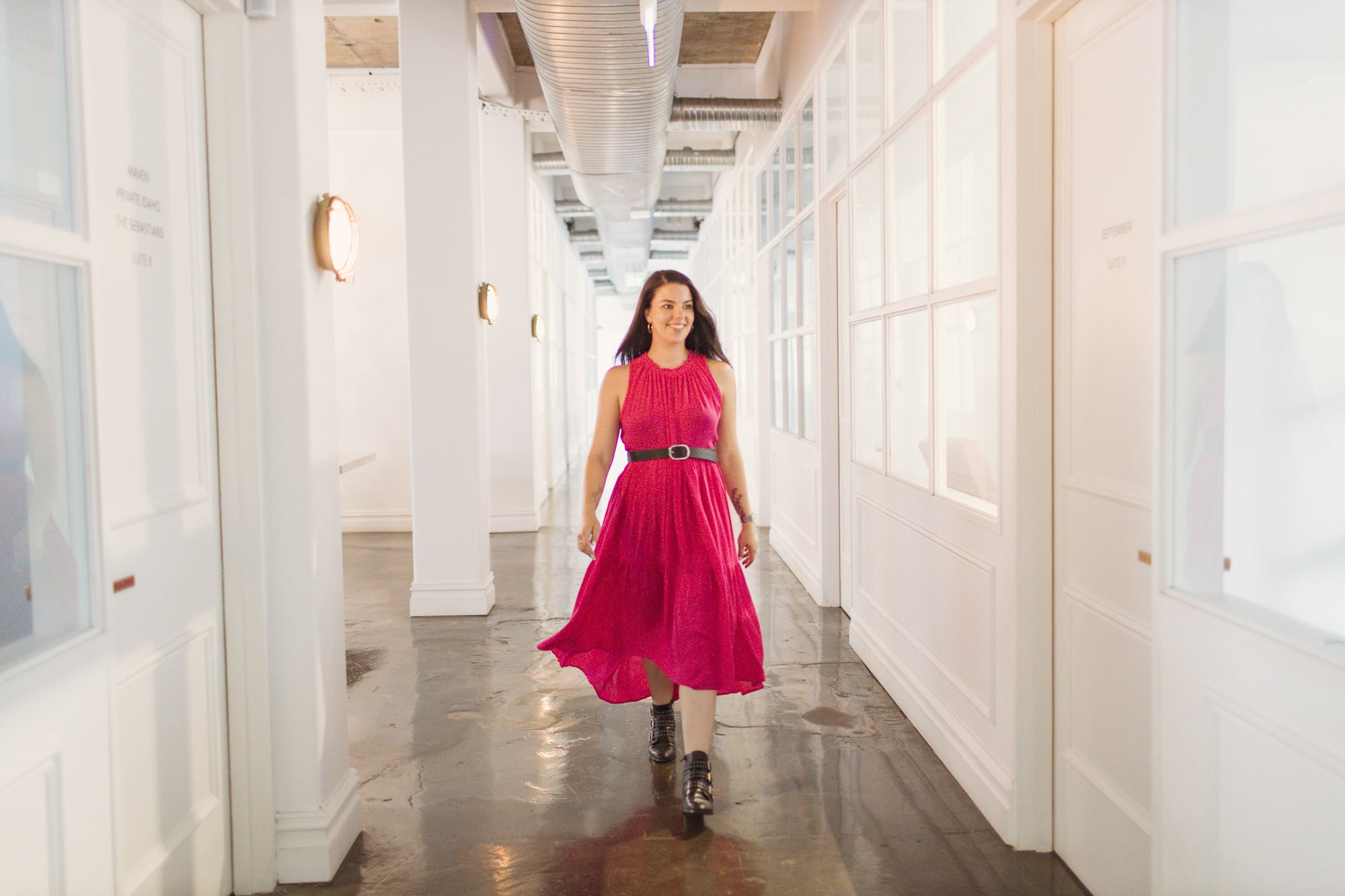 When I fell pregnant with my daughter India in 2017, my teaching naturally scaled back (although I was still waddling through classes at 32 weeks pregnant). When she arrived, my entire world blurred out of focus for while – all I could see was her perfect face. When it eventually shifted back, everything looked different. And so did I. There’s nothing quite like motherhood to send a tsunami through your life and leave it like a blank slate.

I knew what I wanted to do with my blank slate: write.

And so my first desk job, at 33, is as liberating and thrilling to me as the call of the freelance life must be to anyone who does a mid-career pivot.

And what do I want to do with it?

Well, diversity and representation are really important to me.

Diversity because parenting is universal – though it’s often portrayed as the domain of upper middle class, white, stay at home (or harried working) mums. We know this isn’t the case at all. And we know it’s far more rich and complex than just ticking off developmental milestones or planning crafternoons. Raising children forces us to confront and embrace our deepest values, to be more vulnerable than any relationship has ever demanded, to face our biases and our assumptions and our shortcomings head on. It asks us to think about issues that may never have blipped on our radar, and to boil them down to a sentence digestible to a toddler (why do they always save those big questions for when you’re in public and mortified?)

And representation matters because being – and feeling- seen is powerful and vital. The Grace Tales is here for you no matter your cultural background, gender, fertility story, or pathway to parenthood.

They say it takes a village, but since we’re not in Kansas anymore, that village might just have a URL these days. If there’s one thing The Grace Tales has proven, it’s that as a parent, you are never truly alone. Seriously, just try going to the toilet in peace to prove it.

I hope The Grace Tales can be a part of your village.