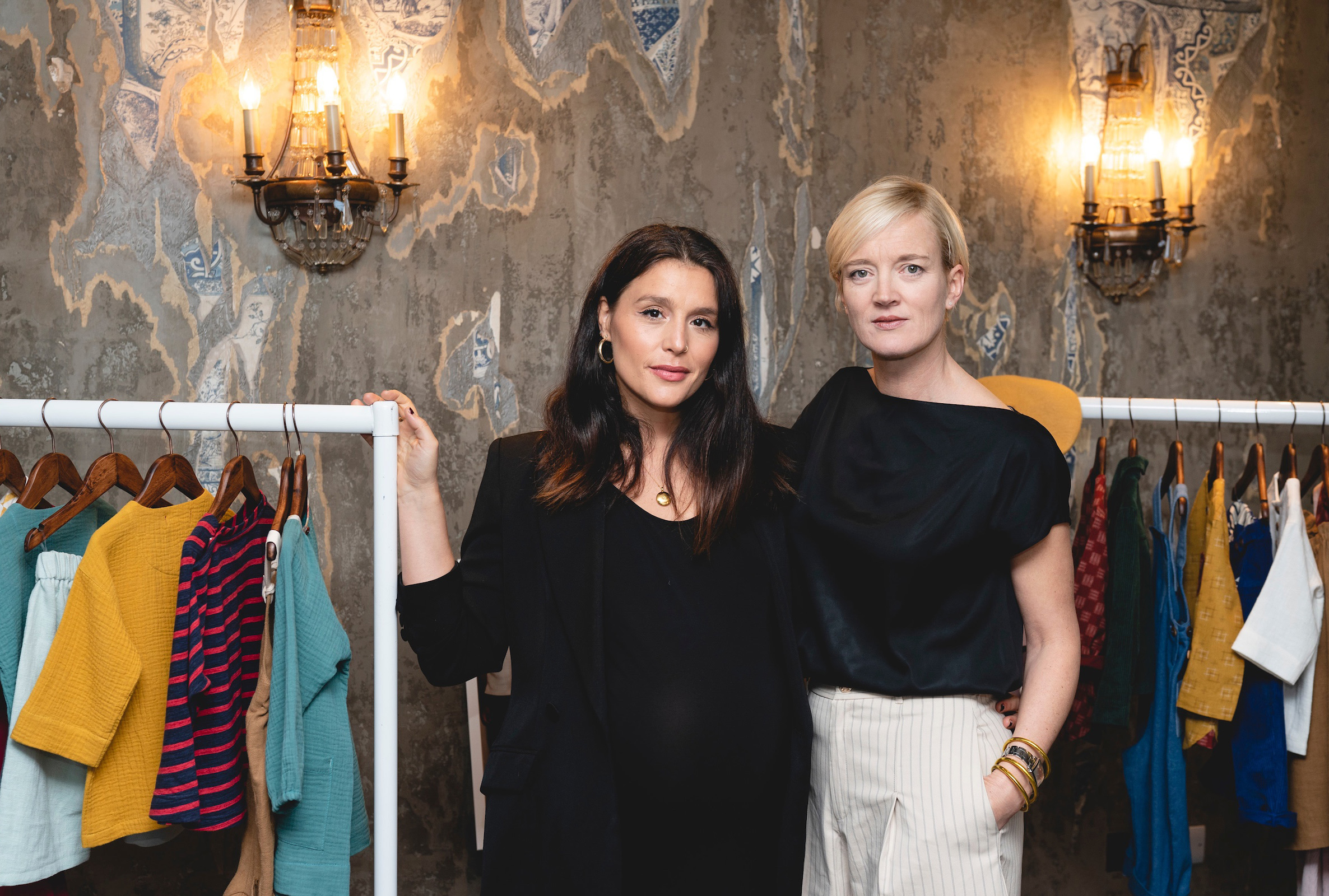 If you’re ever worried about underachieving, you would be forgiven for not rushing to learn more about singer/songwriter, podcaster, budding-author, UNICEF UK ambassador, mother-of-two and now childrenswear-designer, Jessie Ware...

But there is something about her relationship with the biggest influence in her life, her mum Lennie (they co-host their hit podcast, Table Manners together), her love of food, her down-to-earth attitude and honesty about her own struggles that leaves you feeling uplifted and inspired rather than resting your head on the kitchen table.

In January this year she revealed her latest venture, a new colourful and sustainable children’s fashion collection called Anyware, which she created with design partner George Reddings.

It is cool and practical – it was created without seasons and genders in mind, so it is filled with timeless treasures to be handed down for years to come.

“We wanted something that children could wear for longer,” Jessie says of the collection she hopes will challenge how we shop for our little ones. “People are over-buying and we have to change the way we think. We wanted better designs, better fabrics – something that would wear well and also be gender-equal as children should be free from stereotypes and wear whatever style and colour they like.”

When she is not designing, she is touring the world with her music – her last album Glasshouse, which focused on motherhood, peaked at number three in the album charts – and it has long been her passion.

“My mum always loved watching me sing but I was painfully uncomfortable on stage, I still think I am to be honest,” she says. “It’s not my natural habitat at all, the kitchen is. I was always in the school musicals but would always get a cold the night before the show out of sheer nerves.”

Before joining the music world, the south Londoner dabbled in journalism at The Jewish Chronicle and The Daily Mirror newspapers, but it is her ability to talk with ease that is drawing guests as varied as Kiefer Sutherland and Noomi Rapace from the world of music, culture and politics, to her podcast with her mum, who she describes as “my hero”.

“She single-handedly brought up three very strong-willed kids and never made it look that hard,” she says.

We loved discovering her view on homebirths, being a supermum and making a mess in the kitchen. 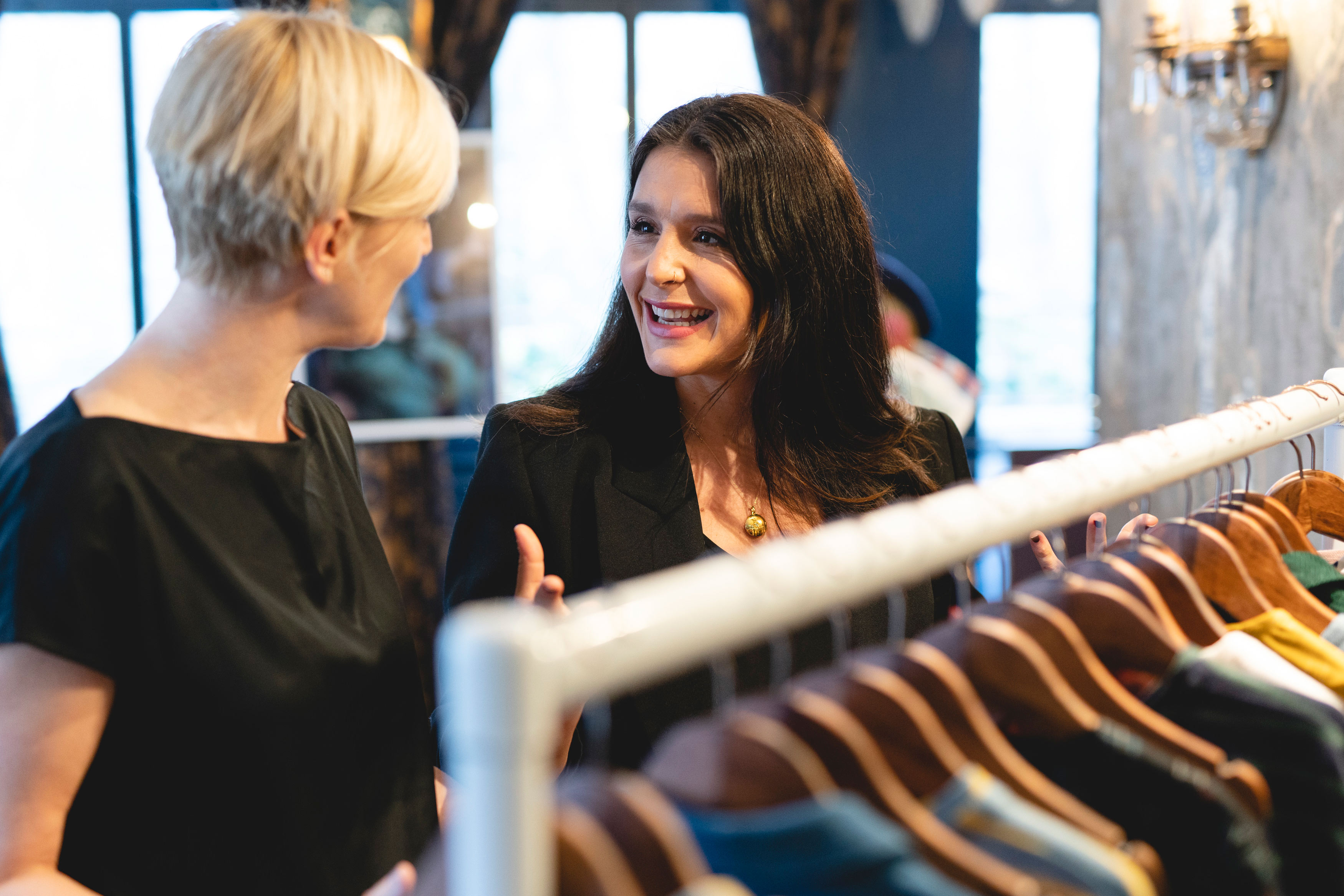 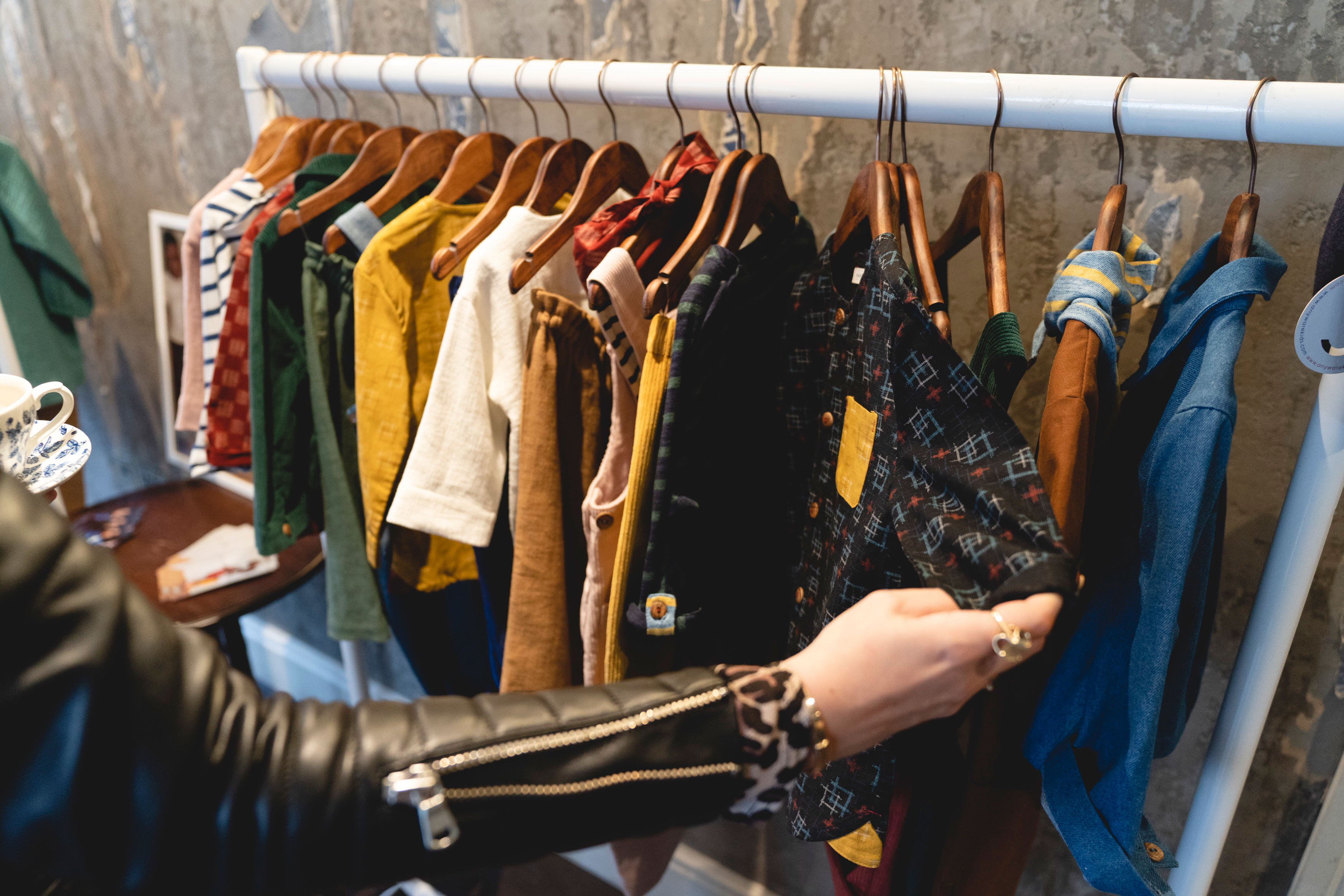 Why did you decide to launch Anyware?

I’ve always loved clothes and it just became far more fun as a mum. But over time, I noticed how much I had bought for my daughter that she had already grown out of and I wanted to build a collection that would challenge the over-buying we all do. Then I met George and it all fell into place. Between us, I think we’ve come up with something really special. It’s amazing to see friends and strangers in our brand. We can’t wait for the

Is your little girl fussy about what she wears?

I like to dress my daughter in simple shapes, soft fabrics, comfy and easy. And I like to buy things that she can wear for any occasion. Not too smart and not too casual, that she can feel like a kid in and be able to move freely. In terms of the Anyware collection, my daughter is loving the striped tops and bandana neck ties with the linen playsuit.

You have talked to some amazing people on your podcasts – who have you most enjoyed meeting?

Stacey Dooley was one of my favourite surprises. We didn’t stop laughing with Alan Carr and I felt utterly inspired by Sandi Toksvig.

Tell us about your mum, and working together on Table Manners.

It’s been amazing and hysterical. It’s also kind of mad to accidentally go into business with your mum. I still can’t believe people bother to listen to us bickering over recipes to be honest but wow, we have met some brilliant people. 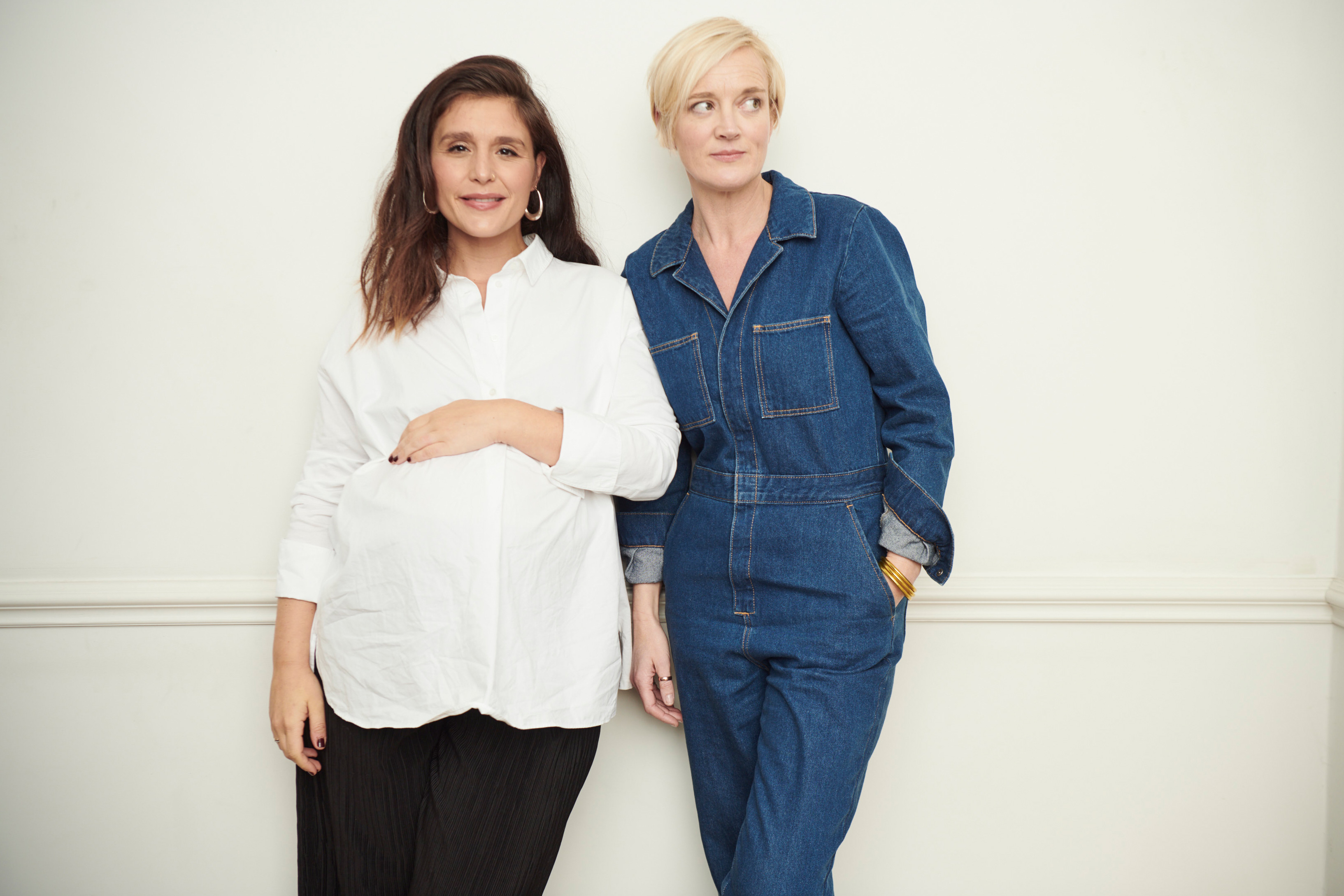 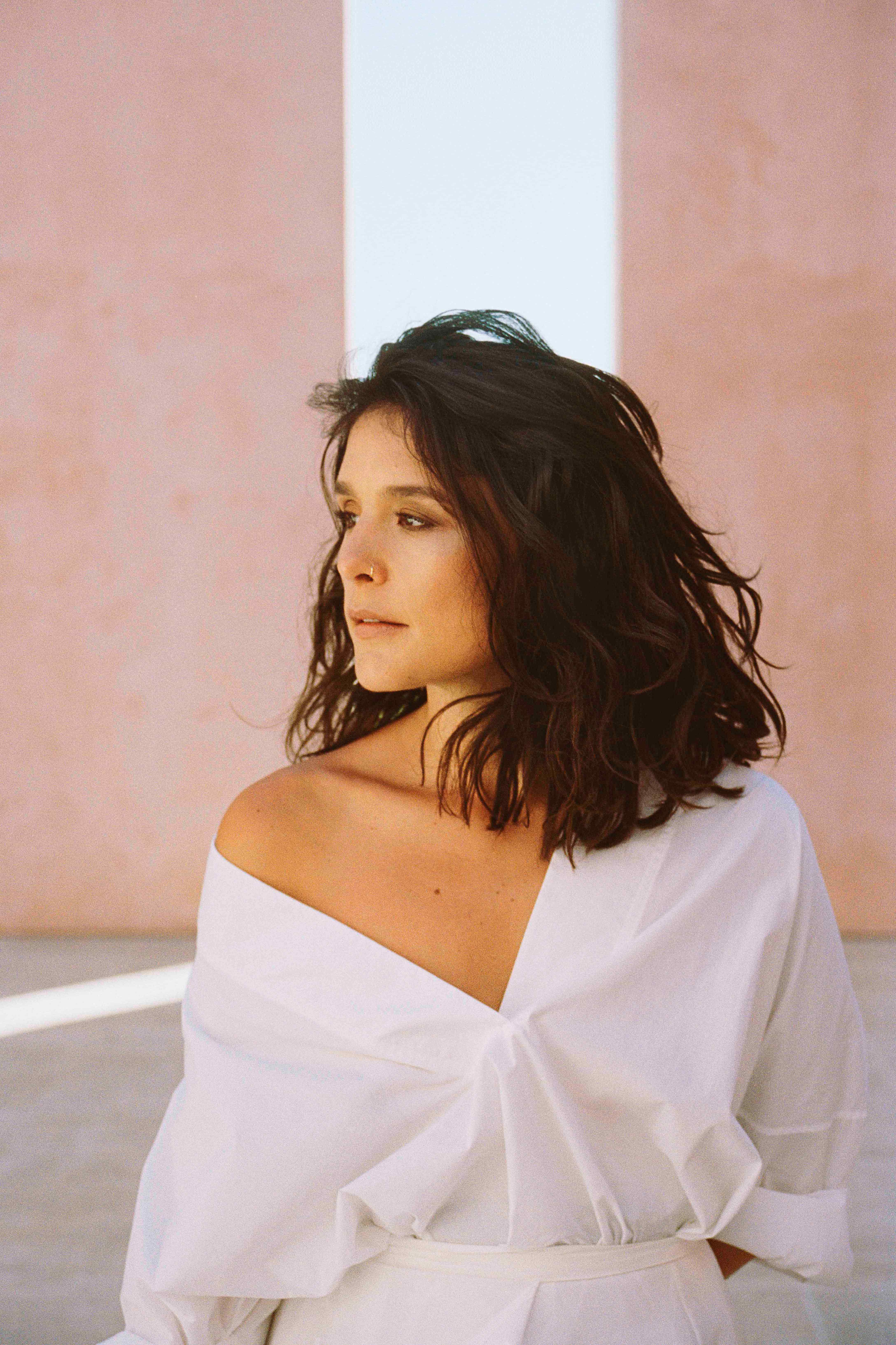 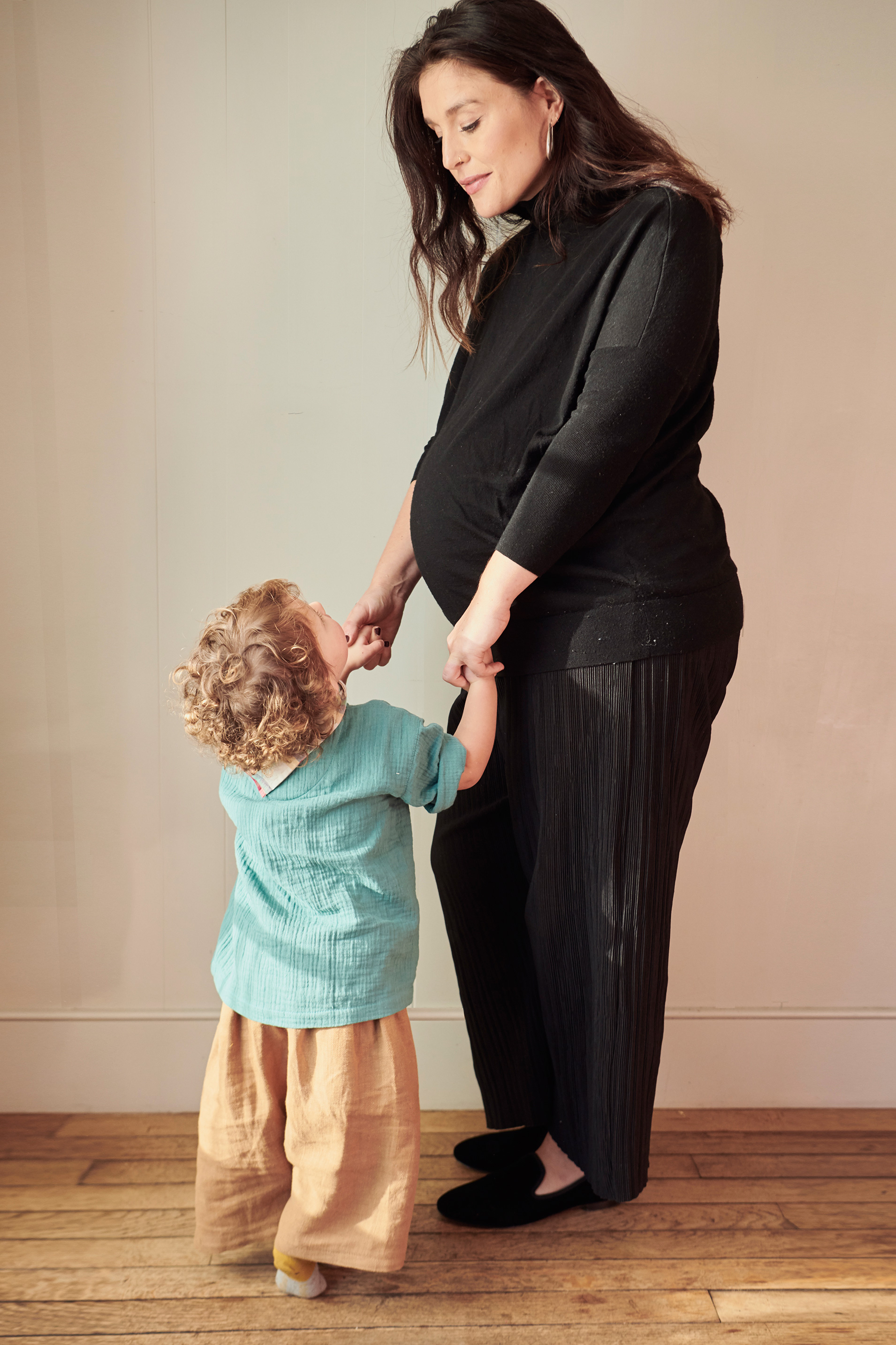 Was food a big deal in your house?

I guess mealtimes always were important. We sat together as a family for dinner every evening. Even if there was a blazing row at the table, mum always gave us a home cooked meal and I’m still so impressed by that. She always had people over too, so I was often looking at what people were going to eat. I love cooking. It’s the only time when I fully switch off. I make a massive mess, but it makes me really happy.

You juggle a lot of different roles which do you find the most rewarding?

Being a mum I think. When I see my daughter in action I have such pride.  She is a little star and my little boy is a total charmer already at three months!

And how do you find the time for everything?

With help from my family and the brilliant people I work with. It takes a village.  I definitely bite off more than I can chew and it’s a constant juggling act. 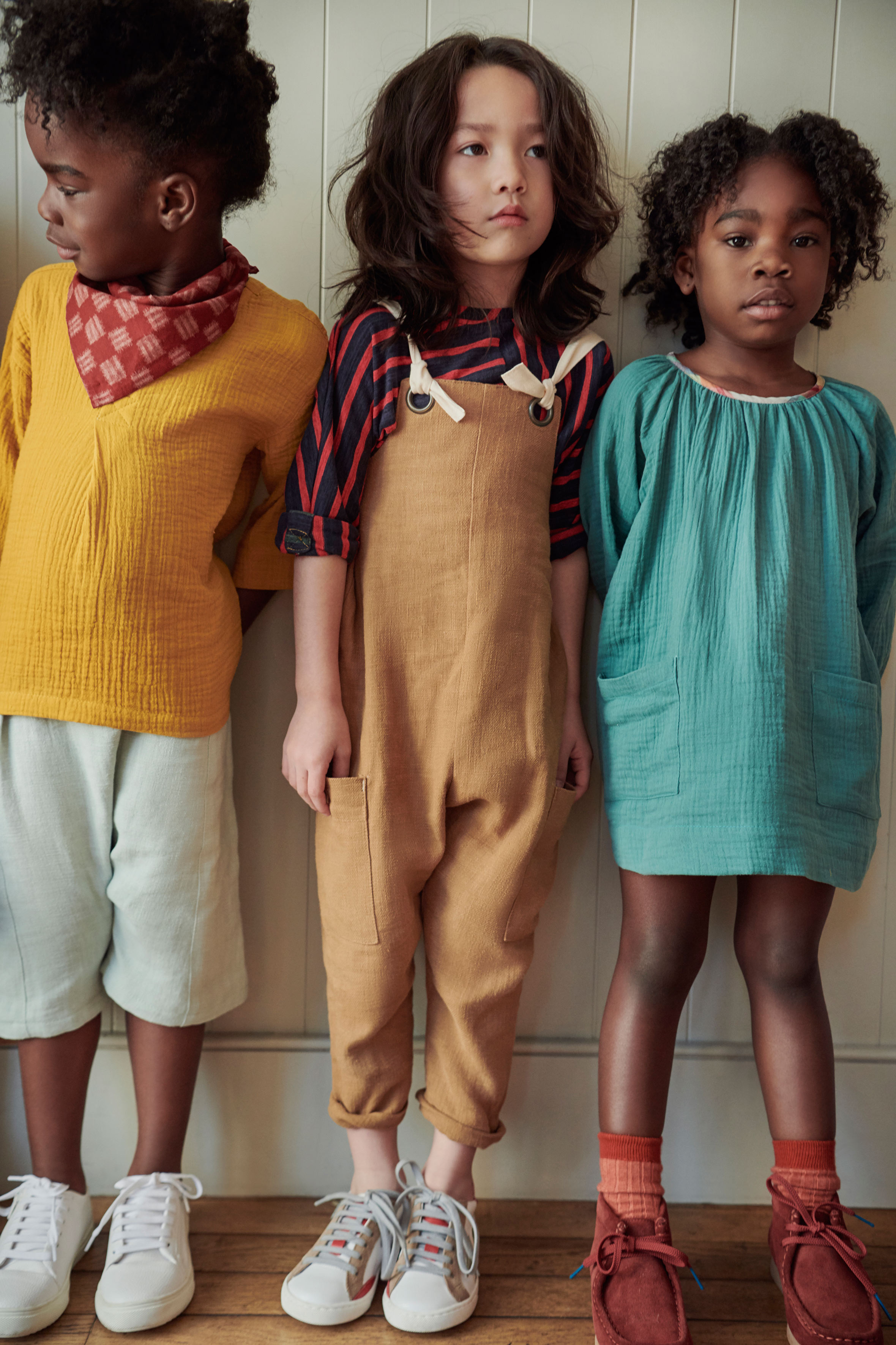 Do you think there is more pressure on mothers today to be supermums?

Yes absolutely. I feel constant guilt and pressure. And I’ve fallen victim to feeling completely inadequate. Instagram doesn’t help always! I’ve really struggled with breastfeeding and have felt embarrassed and low about this natural thing just feeling so impossible and a daily struggle. It was making me so blue, but I’ve made my peace with it. My husband, mum and brother saw me completely drained, stressed and sobbing and my little boy stuck to me 24/7, and they just handed me a bottle of formula to give him. I can’t tell you the huge sense of relief it was.

What do you remember about growing up?

So many of my childhood memories are based around clothes. I used to love wearing my red Kickers boots and Osh Kosh dungarees but I was also a massive fan of my Blossom style crushed velvet hat. Mum used to dress me in blue as my sister always bagsied the pink outfit, and I believe I wore a LOT of Minnie Mouse outfits.

Do you enjoy being in the spotlight?

I love my job and all the things I get to do. Being in the spotlight has never really been an ambition. I think I’m still rather private – although now the world knows how my mum and I talk to each other because of our podcast.

What inspired you to train as a journalist?

Probably my father [Panorama’s John Ware]. His job seemed so exciting and varied and I love talking to people and hearing their stories. That is what has been fun about doing a podcast. 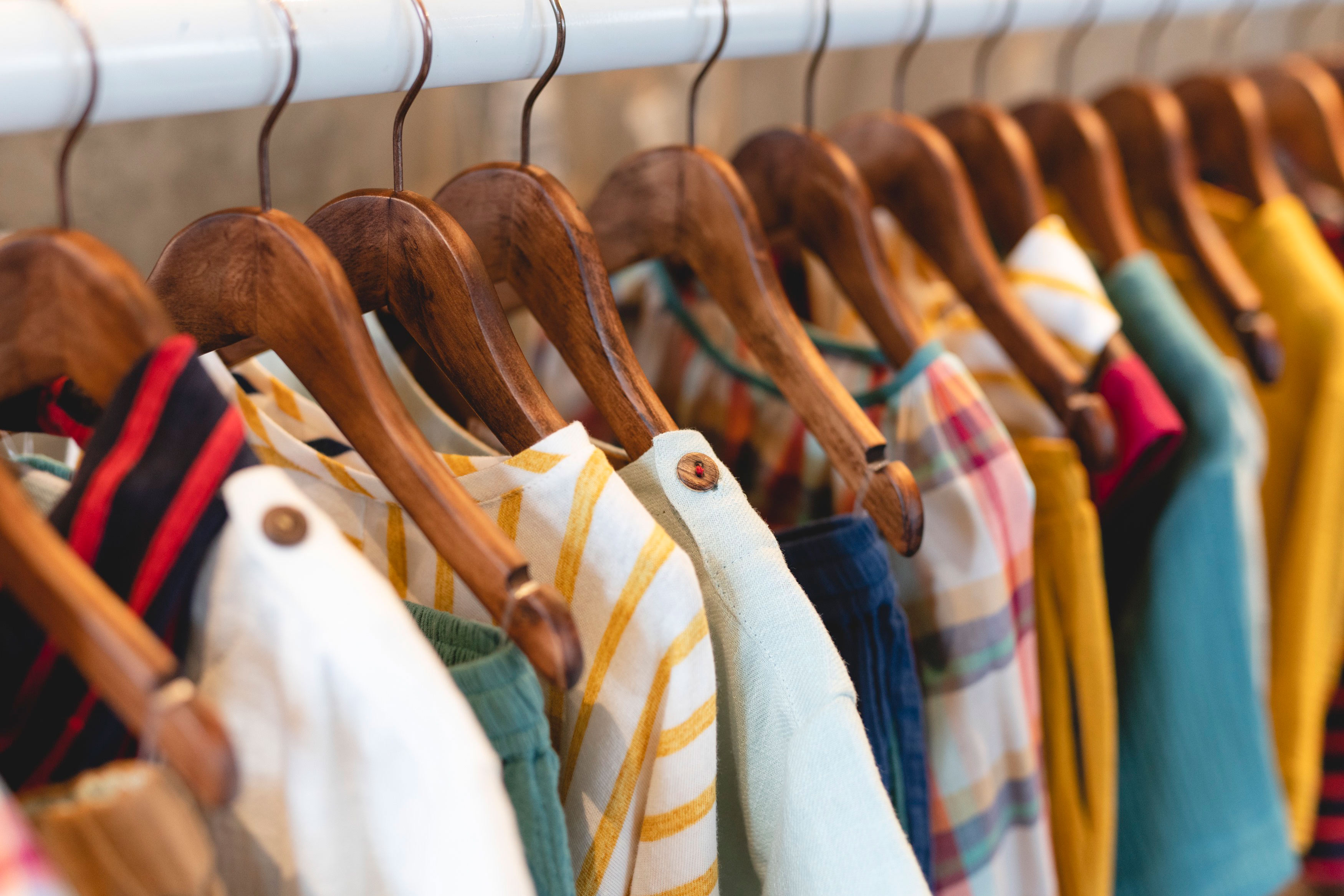 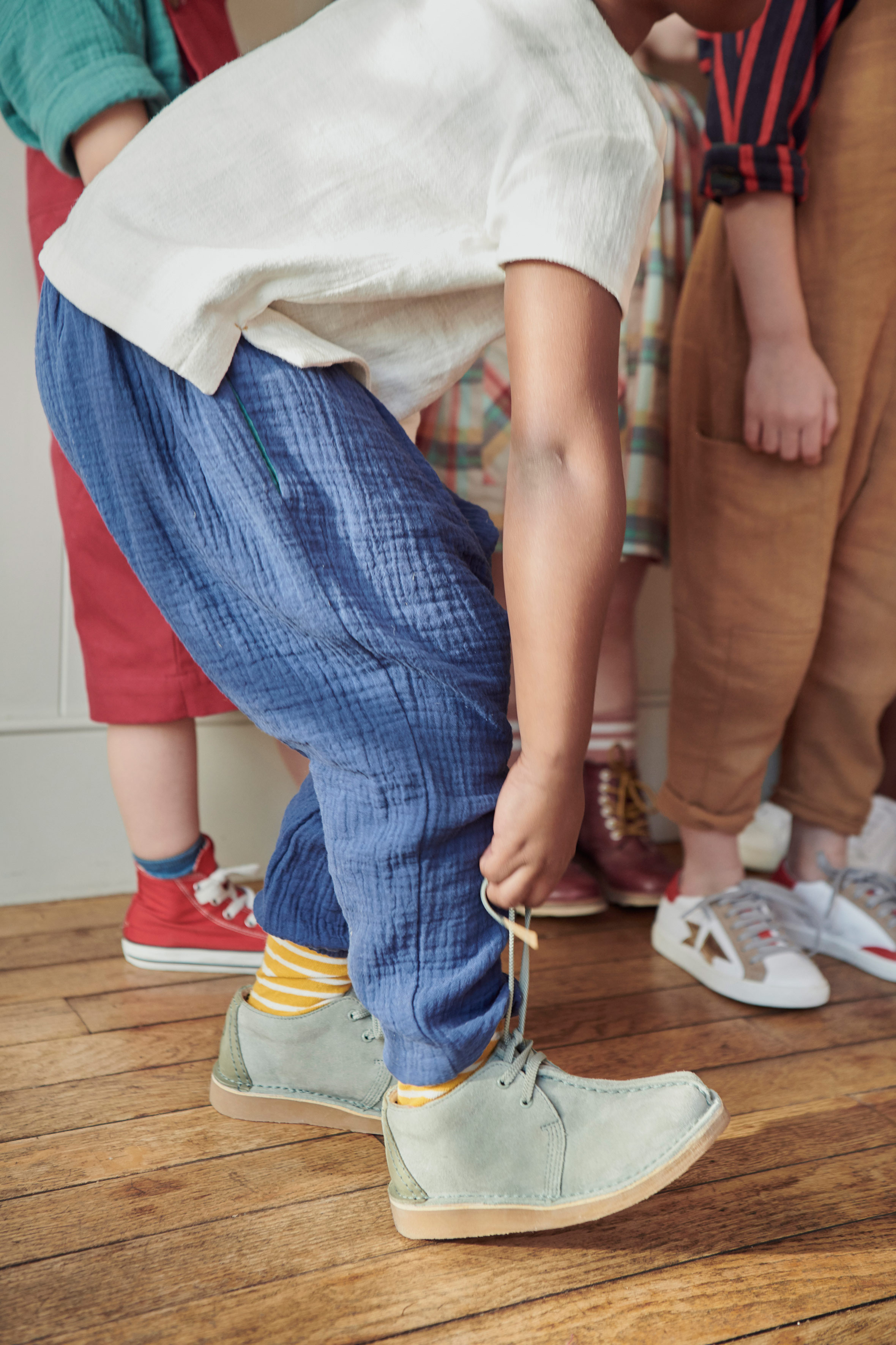 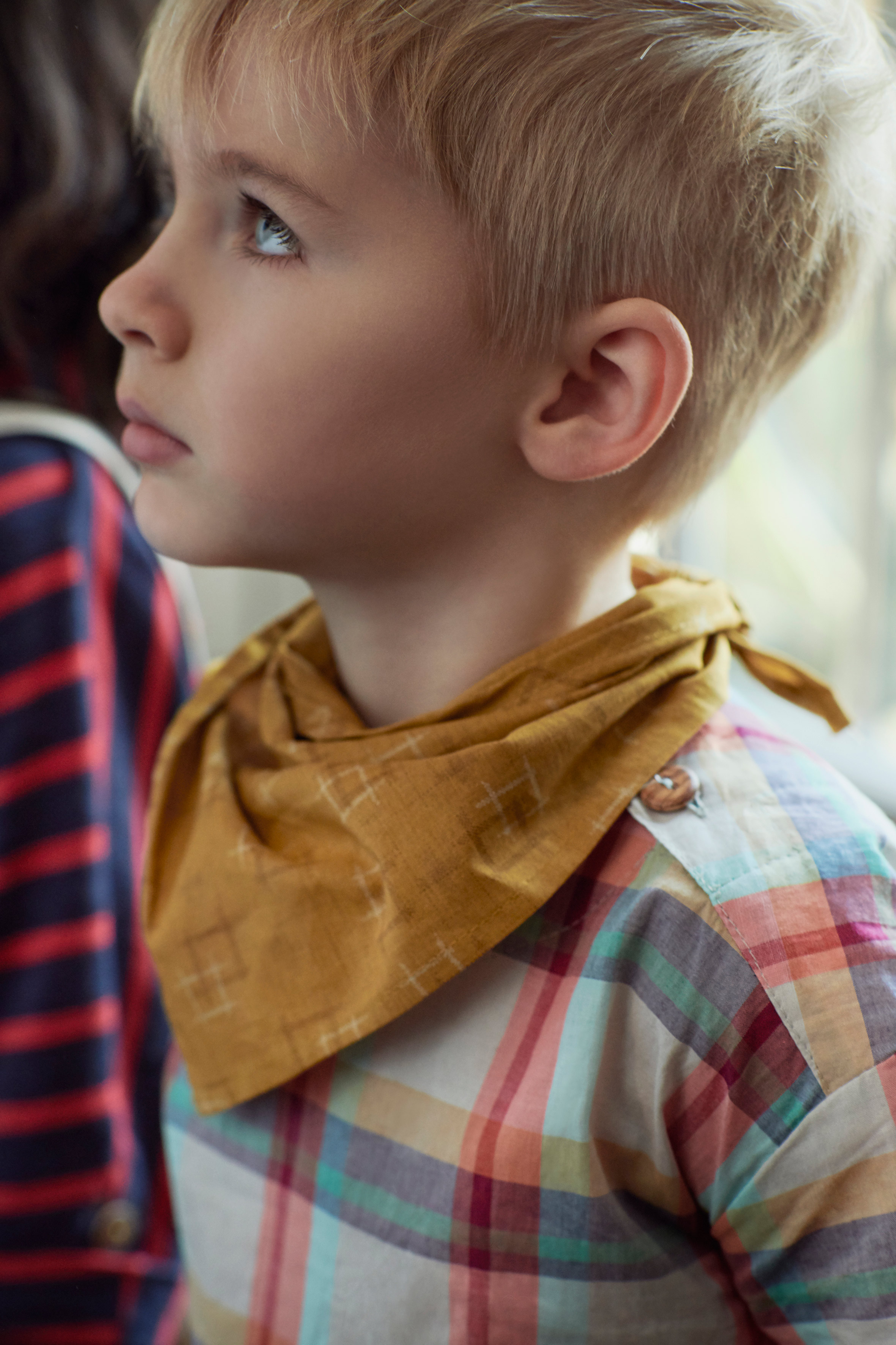 Is music still your greatest passion?

It still feels like a mad dream that I do that as a profession. It’s scary and amazing, and emotional but addictive. I do adore my job.

Did you always want to be a singer/songwriter? Was it hard to make the transition into music?

I never thought it was really possible to have that dream come true. I’ve really relied on other people, friends, to push me into music. It was hard but that’s why you have to work with people who care about the music you make. I had that with Dave Okumu who produced and wrote my first record with me. We had such fun.

How did motherhood inspire your latest album?

Glasshouse was totally about becoming a mother. It was the craziest, most overwhelming thing to happen to me. And it was incredibly inspiring and helped the songwriting flow. The new one I’m making now is complete fantasy, voyeurism and me longing for a taste of late-night dancing. Although knowing me I would still want to be in bed by 9pm.

Congratulations on the birth of your little boy – how are you finding being a mum of two? Why did you decide to have him at home?

Thank you. It’s certainly a juggling act! Most importantly my daughter loves my son. Except she isn’t so keen on me at the moment, I’m hoping that passes. Currently if I kiss her she says ‘that’s enough kisses’, which breaks my heart.  My husband was born at home and my mother-in-law had always spoken so fondly of it. I had heard wonderful things about the Homerton homebirth team and it couldn’t have been truer. They were incredible and I felt so supported throughout my pregnancy.

The best thing about having my son at home was how quick it was. And getting into bed surrounded by the midwives, my husband and doula with our beautiful boy having a glass of champers and chocolate. 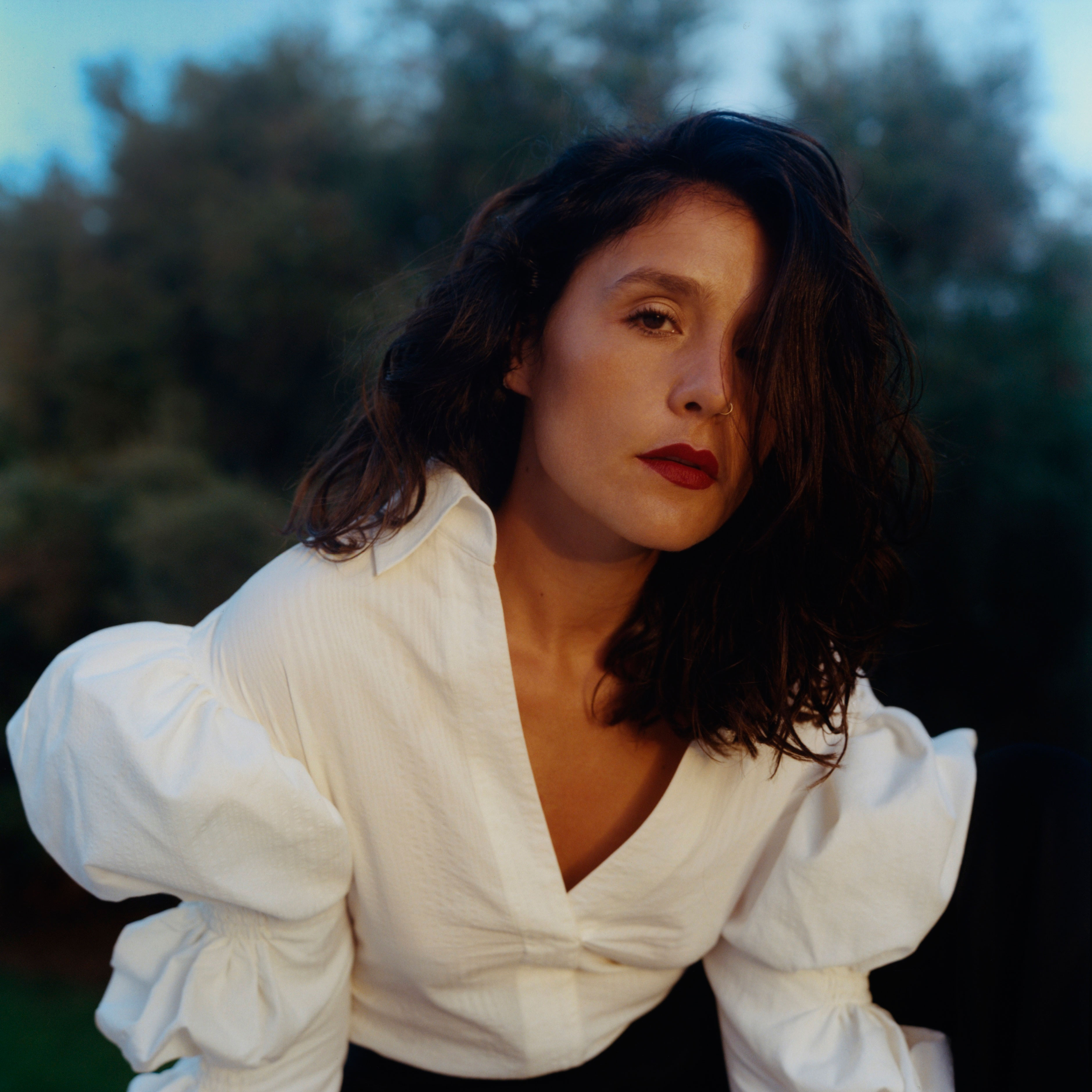 Describe the early days of motherhood – what are some of your most vivid memories?

That insane euphoria that keeps you up all night the first night just looking in awe at this new little person in your bed. Being so thirsty.

The spicy newborn head smell that is pure heaven. Being petrified at putting a nappy on in case you break this tiny human, so much cake, after pains, waiting for that first poo in fear…I could go on and on.

Hormones get you through the sleep deprivation the first time, and the second time round, I think you are so used to having rubbish sleep it seems much easier.

Tell us about when you left your daughter to go back to work – how did you cope with the guilt?

I just hoped that in the future she would be inspired by the fact that her mum has a job she loves and works hard at it. And I’ve also been able to include her in my world a lot, touring and travelling, and now my son sits in every podcast recording.

What kind of mother do you try to be?

Every kind, which is completely impossible.

Do you feel motherhood has changed you?

Yes, it’s made me more focused work-wise, but has made me also know to slow down and live a little more in the present, which I have found difficult in the past. Everyone says it, but they grow up so, so fast, and change from one day to the next. I don’t want to miss out on any of it.

And tell us about your work for UNICEF? Were there any people you have met whose story resonated with you?

I will never forget a Rohingya mother I met who watched her husband and son die by the same bullet as they ran with their other two children to escape the military into the forest to hide. She couldn’t hold her baby again, she couldn’t say goodbye, she had to keep running for survival with her other children.

Finally, what is next for Jessie Ware?

I’m spending as much time as I can on Anyware and sharing the exciting news that we’ve launched the brand. We also have lots of family trips planned for the holidays. Oh…and recording the podcast, writing a book and finishing off the new record! So quite a lot is on the cards.