Justine Cullen on Magazines, Motherhood & Not Having It All – Episode​ 52 of The Grace Tales Podcast

This cult eye cream sold out globally in 2020. Now it’s back in stock in Australia – Here’s why it’s an essential part of your skincare regime.

How To Get Your Child To Wear What You Want 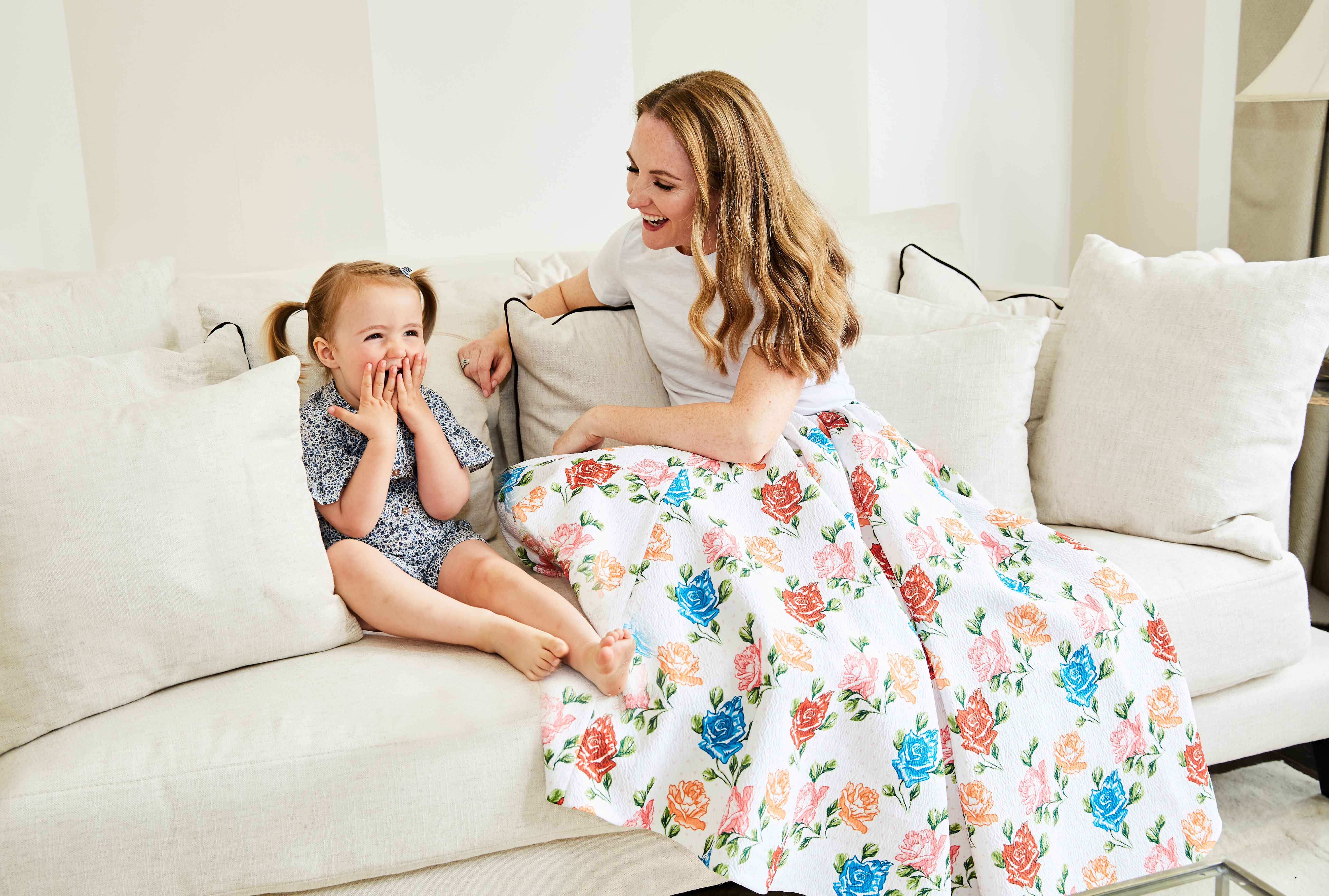 Gloria Steinem once said: “A feminist can wear anything they f**king want.” I was reminded of this quote while trying to cajole my two-year-old into various outfits for a recent photo shoot...

My eldest has such a long list of off-limits garments – jeans, trousers, dungarees, shorts even pyjamas – I have given up trying to persuade her into them but I hadn’t realised my two-year-old had picked up on this battleground. She mostly trots around in her favourite tutu and wellies with that nonchalant air that you only see at fashion week, but the struggle came flooding back as I tried to wrangle her into all of the beautiful clothes I had requested. I told myself that the sense of empowerment you get from being in control of how you look is more important, but boy it took all of my willpower to stay calm. Whenever I say: “My children are so opinionated about what they wear,” people always smile and reply: “I wonder why that might be.” So I decided to talk to Dr Elizabeth Kilbey, consultant clinical psychologist and star of the Channel 4 hit The Secret Lives of 4 and 5-Year-Olds, on the art of dressing little ones.

Here are some of her tips:

Let Them Be True To Themselves

Diana Vreeland said: “Style – all who have it share one thing: originality.” Allowing young children to have a choice and helping them to make decisions is a fundamental part of their development – it is the foundation of their own identity and the beginnings of self-expression. “Children become acutely aware of gender and gender difference from a very young age,” explains Dr Kilbey. “They begin to understand the difference between themselves and the other gender and of the concept of gender association – pink is for girls, blue is for boys. What they choose to wear is one of the clearest ways that they can convey that. So, however your child chooses to dress – whether it’s a girl in a princess dress or a baseball cap and shorts – it should be encouraged, it’s really important. And rather than thinking of it as a phase that is going to pass – it is part of the formation of them as a person. They really want to assert their own power and they do that by trying to wrestle control over some of the smaller decisions – like what they can wear.”

Getting dressed with my eldest has all the tactics of a game of chess. I begin by presenting the clothes I don’t want her to wear, knowing that she will say ‘no’, moving onto those I do want her in when she feels like she has asserted herself. This doesn’t even begin to work on my two-year-old who is always ten moves ahead of me. The game I never play is testing if a child will outwait you – a friend of mine tried that and her five-year-old went to school in her pyjamas. “Often children who are assertive about what they want to wear are assertive in other areas such as mealtimes,” says Dr Kilbey. “Decide how many running battles you’ve got going on – which are vital, and which you can let go. Ask yourself, ‘What is the worst that can happen? Will it be ok?’ And the answer is – probably. There are times when they’ll have to wear a certain outfit – school uniform or if you are going to an event and they need something smart – but be pragmatic. If you have a strong-willed young person find areas you can reach a compromise on. Nightclothes for example – if they choose to wear a leotard and tutu to bed, who will see them? You can also scale down the problem. If they can’t choose the whole outfit, allow them to choose the socks or underwear and have a constellation of wacky designs for them to select from.”

Don't Rescue Them From Their Decisions

Decision-making is a skill that little ones need to practice. “We often rescue children from the consequences of their choices but we need to teach them to make decisions, and see them through,” Dr Kilbey explains. “Making choices is about weighing things up but it is important to learn from an early age that there are no perfect decisions – one choice will open up these options and close these others. We need to say: ‘Why don’t you have a look at the weather, stand outside and decide whether you still want to wear that T-shirt’ (you can always carry a coat for them just in case). Allow them to work out for themselves that if they wear just a T-shirt, their arms will get cold. It’s not just a parent being arbitrary and saying ‘you need a jumper’, they need real world rather than abstract reasoning. The sun went in and now they feel cold – that they will learn. And it is so much more effective than telling them 100 times.”

Dr Elizabeth Kilbey, consultant clinical psychologist and star of the Channel 4 hit The Secret Lives of 4 and 5-Year-Olds

Encourage Them To Dress Themselves

Trying to maneuver my reluctant two-year-old into dungarees is a lot like wrestling an octopus into a string bag. But children can begin to learn to dress themselves as soon as they are toilet trained and pulling their undergarments up and down. “If you battle over what they wear, why not allow them to put the item on rather than to choose it,” says Dr Kilbey. “It comes back to what they’re craving, which is a sense of control. Learning to dress themselves is so important for gross motor skills, fine motor skills, sequencing – pants come before putting on trousers – and promoting independence. It encourages independent school readiness too. You should encourage children to dress themselves as soon as you can.”

I never forget when my then two-year-old insisted on wearing woolly gloves out in the height of summer. I desperately tried to get her to take them off but once we were out, the lovely banter that we encountered – “Feeling chilly love?” – really made my day. I try to tell myself, does it really matter what they wear so long as they are happy? “If children have strong opinions on their clothes, embrace it, see it as a positive,” says Dr Kilbey. “After all it is knowing who you are, it’s passion, it’s drive and wanting to express yourself – these are such admirable qualities that can be channelled in a positive way – more psychological problems come from not knowing who you are.”

And Finally, If You Don't Love It - Don't Buy It

If you don’t want them to wear a football strip to your friend’s wedding, there are two solutions – one, shop alone and two, do not to buy it.

Justine Cullen on Magazines, Motherhood & Not Having It All – Episode​ 52 of The Grace Tales Podcast