Going Mental Dealing With Kids Fighting in The Car? You Might Want to Know About The Backseat Carma 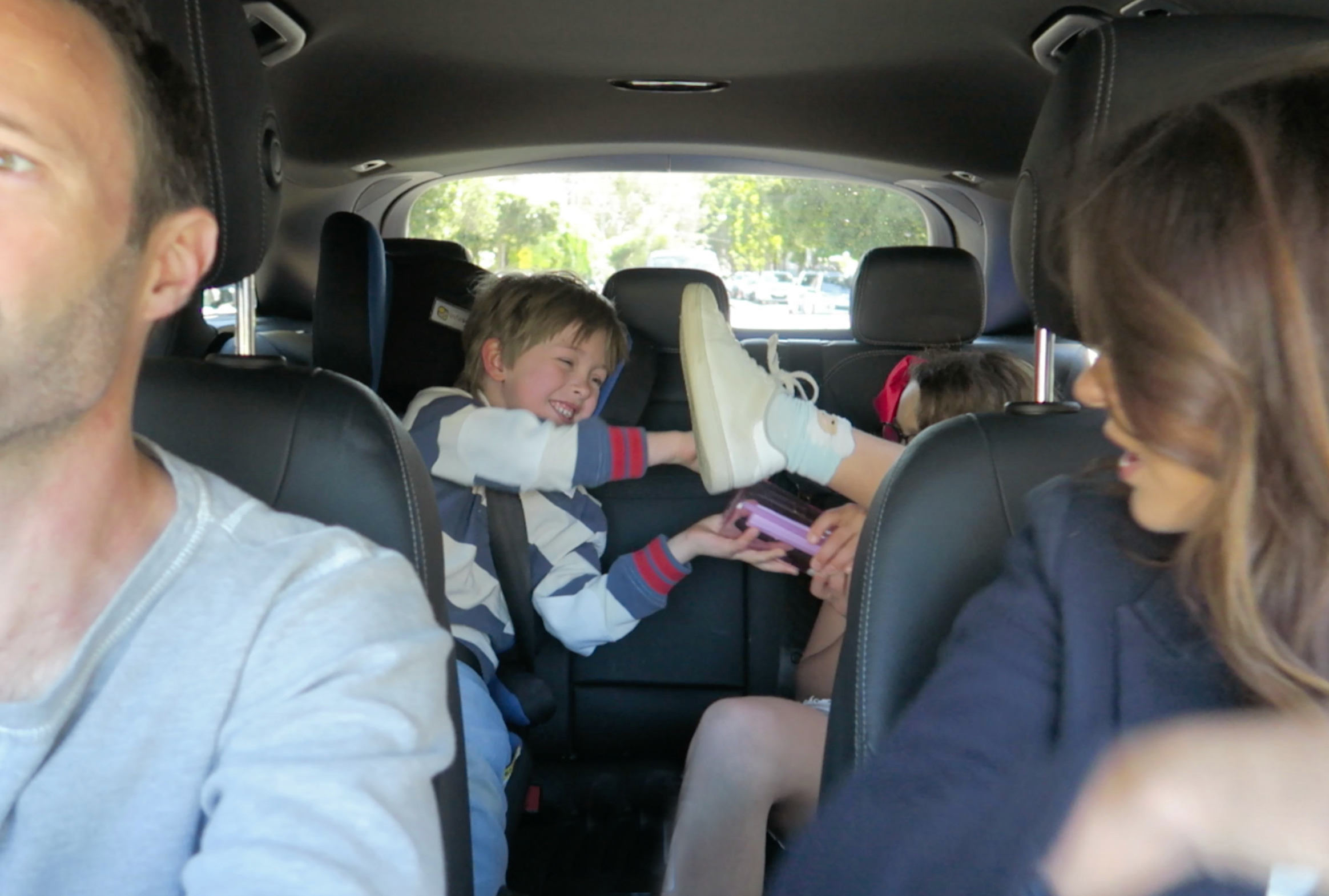 When it comes to motherhood, one thing I’ve heard over and over is ‘it’s just a stage, it’ll pass’. As a mother, you get told this all the time. And as my girls have gotten older, I know people keep telling you this, because it’s true...

When Arabella, my eldest, was a baby, she’d cry constantly every time I put her in the car. Given how stressful it was hearing her scream so badly I thought she would throw up, I ended up avoiding the car as much as I could. It was just a stage. It passed. Just like her reflux passed. And then her toddler tantrums. And her biting (yep, that was fun). Right now, I’m in stage kids-won’t-stop-fighting-in-the-car-and-it’s-driving-me-crazy. I’ve been here a while. Like, over two years. It doesn’t matter how far we’re travelling – five minutes or five hours, a fight will erupt the minute we hit the road. They’ll fight over everything from toys to who is looking out who’s window (Really guys?!). Trying to mediate sibling fighting while keeping your eyes on the road isn’t fun – it’s dangerous. I’ve tried keeping them busy with snacks, toys and so on. I’ve avoided the iPad in the car as I know it’ll become a habit hard to break. Meanwhile, I felt like I was at breaking point and came to dread getting in the car.

So what’s the point of my rant? To share with you the solution I’ve recently found: the Backseat Carma. Invented in Sydney, as the name suggests, it’s there to calm your kids in the backseat. It’s a back seat divider which will separate your kids and, basically, give them a little personal space (I did wonder if you could get one for the front seat for when you need a little time out from your partner but sadly it’s not on the market yet). So here are six things you need to know about this nifty invention: -It’ll work in all cars and SUVs of all shapes and sizes. -It utilises the seatbelt so it’s securely fastened in place. -It’s made from safe soft core PU foam, which is more than likely the same material you sleep on each night as most mattresses are made from PU foam. -It’s covered in high-quality PU leather. PU leather was created to look and feel like leather but without having to use real animal skin, it’s also eco-friendly and easy to wipe clean.

It comes in three colours – blue, grey and black. -It works. I have one in our car and it’s had a significant impact on how much our girls fight. It won’t stop them fighting entirely – but it makes a HUGE difference in the number of fights and also the intensity. The fact that they can’t see each other (or what one another is doing or what toy they have in their hands) instantly means they fight less. They can of course still talk to each other and play ‘I spy’ which is important. So the aforementioned stage (the one sending me mental) has passed. Phew. I find it most useful for the short trips we do, like school drop off but if you’re off on a road trip over the holidays, you might want to put this on your packing list. 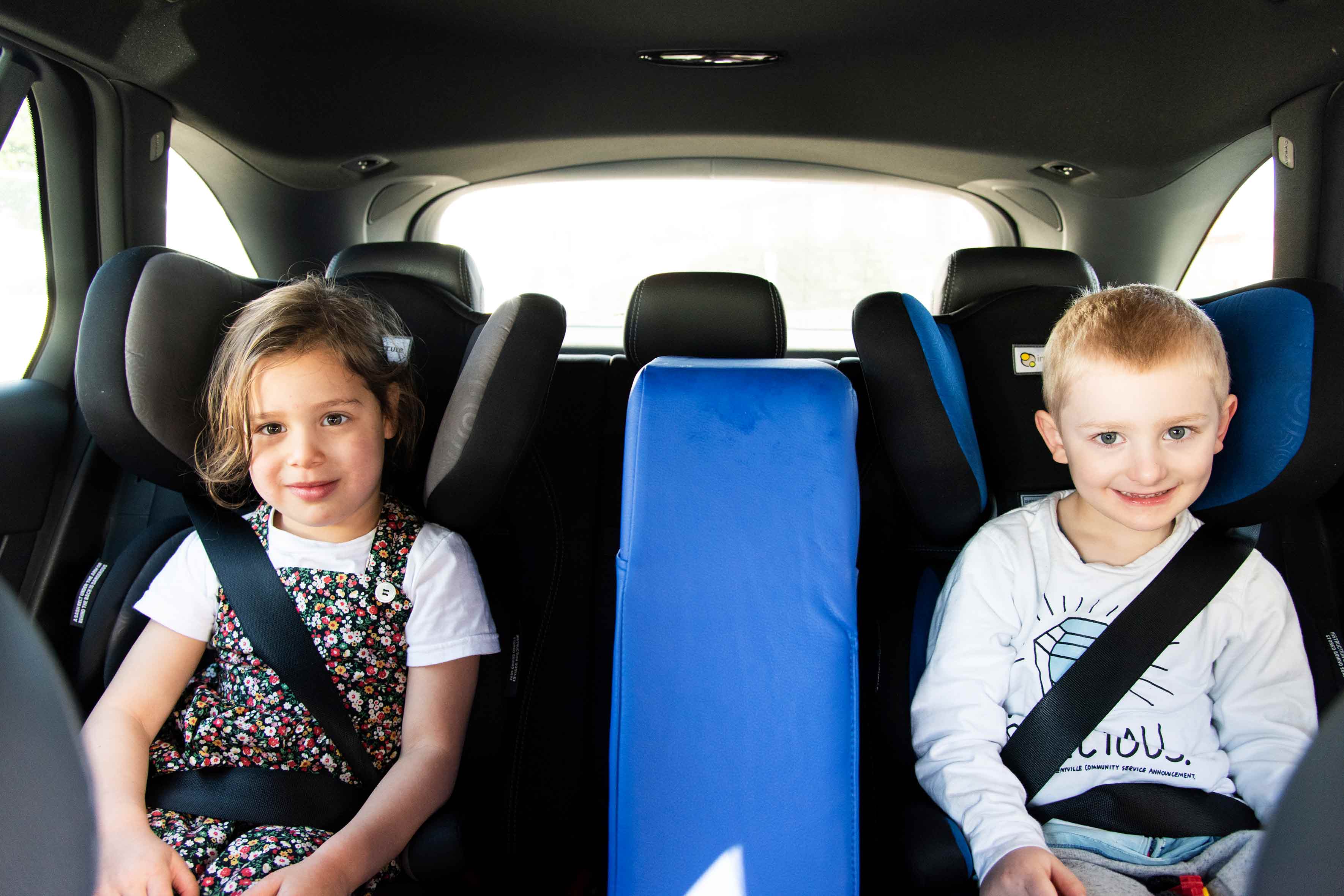