GRACE DADS: What 6 Fathers Would Tell Themselves Before They Had Kids

GRACE DADS: What 6 Fathers Would Tell Themselves Before They Had Kids

Home » GRACE DADS: What 6 Fathers Would Tell Themselves Before They Had Kids


What would you tell yourself before you had kids? To be kinder to yourself? To worry less?

We asked some of our favourite mums to answer this very question a couple of years ago, and in honour of Father’s Day this weekend, we thought we’d get some insight into a few Grace Dads’ thoughts on the same question. From not taking everyday things for granted (watching a movie, going to the toilet solo…) to preparing for the ultimate life lesson in love, the general feeling with this amazing selection of dads is that fatherhood is the hardest but best thing they’ll ever do. Happy Father’s Day!

“Holy moly are you in for a shock! Go for plenty of swims guy, take your time doing everything, absolutely everything. Watch every emotional movie under the sun because you’ll never be able to watch them again or at least not in the same light as previously… Travel, rest and generally speaking live your best life as all things are about to be compromised. Most importantly be ready for the most enriching, enjoyable, and loving time of your life. Yes, that last statement seems in complete contrast to my opening rant but that’s parenthood, right?”

“Ok so you might not like holding other people’s babies but believe me, when you pick up your newborn baby girl for the first time, nothing will have felt more right.  You’ll realise you’re meant for this.  You’re stronger and more equipped to be a Dad than you believe. You’re up for the challenge and you’ll make mistakes, but she will love you regardless. You’ll be the most important man in her life, and that feeling comes with equal parts pressure and privilege. You’ll never know a love like this.”

Matterson Rabbidge, Founder of Dead East Bar Co. Father to Delilah Bee, 3, and one on the way

“Enjoy every step. As coined as the saying is, they grow up too fast. Prepare yourself to feel a love you never before felt possible. Not only for your partner but also for this new little human you have brought into the world. It’s an instant understanding as soon as you see your newborn child. There isn’t a love greater. I think my biggest learning was to trust my gut. You get a lot of outside advice. But it’s about knowing what’s right for you and every child is completely unique.”

Matthew Baseley, Stay at home dad and presenter for Sydney Weekender. Father to Billie, 3, Ziggy, 1, and one on the way

“Enjoy sleeping, eating, listening to your music in the car, going to the toilet in peace, using your golf clubs, and not having the faintest idea who Shimmer & Shine are because all that is about to change forever. But ultimately I’d tell myself, don’t be scared because it’s the best thing you’ll ever do, so much so you’ll do it three times over.”

“I would tell myself that being a father is by far the hardest thing you will ever do, but at the same time it will exceed your wildest expectations and be the most rewarding. I would say, stay calm and be aware that most mornings before school & daycare and the nights after are going to be crazy and exhausting. That you will love the crazy and be grateful for it because these times will also be your favourite times of the day. Having two sons will make you feel more responsible than ever to ‘lead by example’ and will challenge you constantly. Oh and don’t worry buddy in case you have forgotten, your Lego skills are still awesome!” 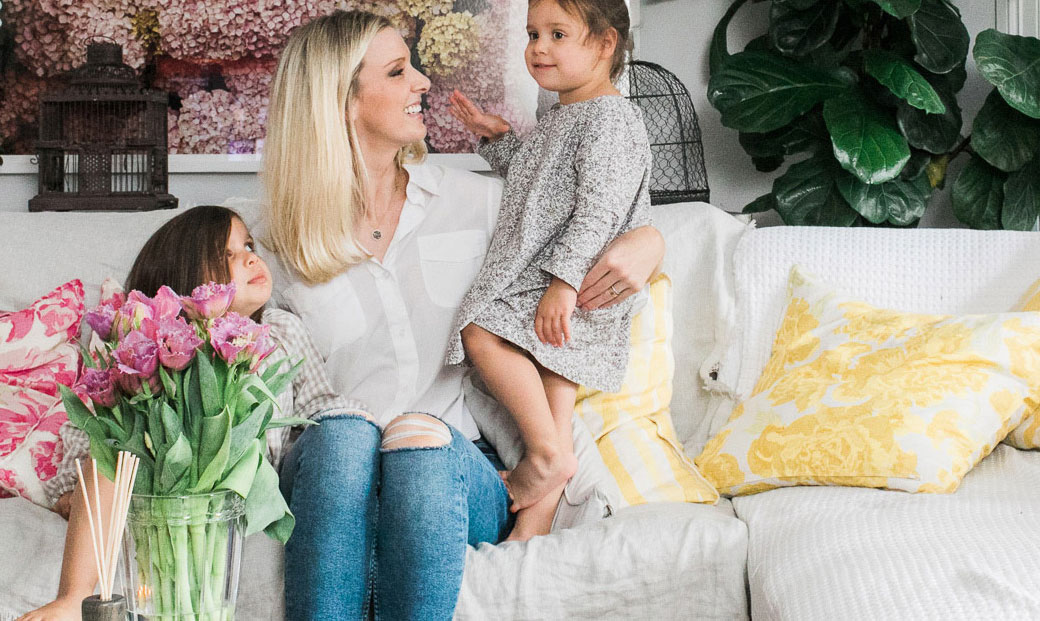 “Don’t do the stupid birthing classes where you massage your partner in front of strangers.”

WHAT TWO EMERGENCY CAESAREANS HAVE TAUGHT ME ABOUT BIRTH