How Sharon Lee Weaned Me Off Eyelash Extensions 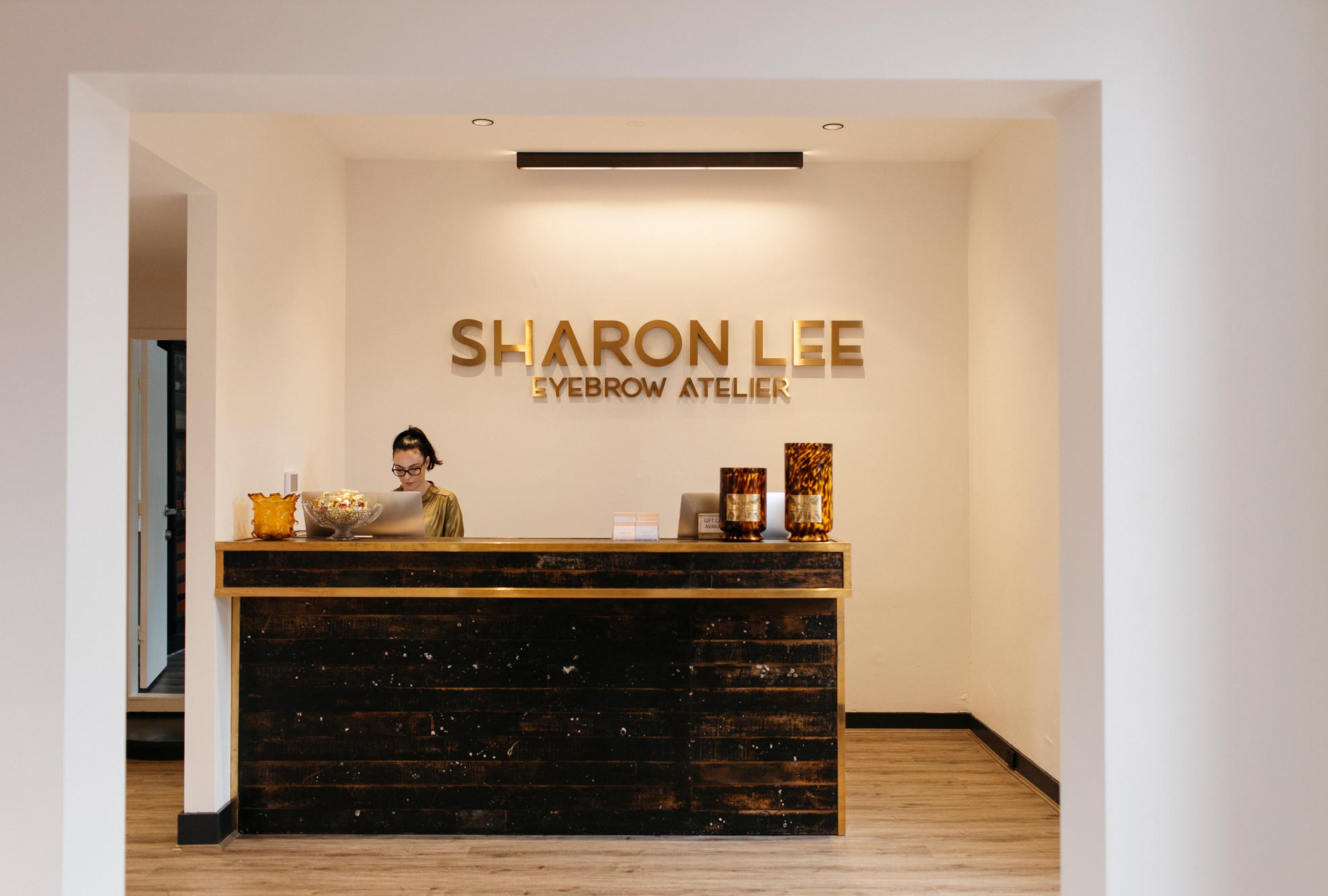 For the last five years, I’ve been an eyelash extension junkie. I don’t like wearing much mascara as it tends to end up everywhere but my lashes, and I loved waking up and feeling done with minimal effort. Mothers reading this will appreciate you have around 20 seconds to put your face on in the morning before a little human starts barking orders at you...

Only, as I quickly learnt, maintaining my eyelash extensions required a little more than minimal effort. Eyelash extensions are high maintenance and require regular trips to the salon to get them refilled. And looking back, I realised I looked a tad ridiculous with such long lashes.

When they’d all fall off, and pull half of my natural lashes off with them, I’d look at what was left and feel a like a hairless dog. Add a face that was desperate for some beauty sleep, and it wasn’t quite the look I was going for. Yet everywhere I looked, on the street, on Instagram, in magazines, there were long lashes (most of them fake). So, I kept going back for more, but the end result (damaged, weak natural lashes) wasn’t exactly worth the expense (it generally costs over $150 per full set of lashes and two weeks later you needed a refill, which was $65).

Experts will tell you that if applied correctly and properly, eyelash extensions are safe and do not ruin the health of your natural lashes – and in some cases, that might be true. But that’s if you don’t rub your eyes (impossible) or start fiddling with them when they start to get all tangled, which they inevitably do if you’re not strict with your regular fortnightly refills (again, expensive). I found they often got itchy and it was hard not to itch my eyelids.

So, I decided the day had come to take my lash extensions off for good and went to see the only woman I trust with my brows and lashes, Sharon Lee. “I’m simply not a fan of extensions. I don’t love anything high maintenance or damaging or unnatural looking. Extensions are all three,” says Lee, the ‘eyebrow scientist’ who has been at the forefront of brow artistry for over twenty years. “Often formaldehyde-based glues are used. They require frequent infills that take time and are pricey. I’ve yet to see any that don’t look blatantly obvious and if you sleep face down (like a starfish) like I do, they very quickly look ridiculous. They’re the equivalent of a comb-over… you’re not fooling anyone,” she says.

Here I am before the treatments!

So, what was the solution? How could I get off lash extensions for good? Enter the two treatments that require zero fake lashes, and work to enhance your natural lashes. A Lash Lift followed by Ombré Eyeliner. Never heard of them? Read on.

“Lash Lifts are a Godsend. They are actually healthy, last around eight weeks, don’t require in-between maintenance and they are YOUR LASHES,” says Lee. A Luxe Lash Lift at Sharon Lee involves lifting and separating your lashes, enabling you to see more of them. “Your eyes appear larger and more vibrant with lashes longer and fuller. Lash Lifts are perfect for even the shortest lashes and have virtually no aftercare,” she says. The treatment was painless and involved my lying there (I actually think I fell asleep) while a chemical solution was applied to my lashes. When I opened my eyes, I had lashes that were beautifully curled and looked so much longer and fuller. And they were all mine! Essentially, a lash lift is a little like a perm for your lashes. At Sharon Lee, all of their lash lifts include a lash tint as well as a glycolic under-eye buff and gold pure collagen eye mask. The effect will last for 6-8 weeks.

Once my lashes were lifted, came Nano Ombré Eyeliner. If you had told me a year ago that I’d be game enough to get my eyeliner tattooed on I’d have laughed in your face. Firstly, how tacky. And secondly, no one is going near my eyelid with a needle. As I discovered, there’s nothing tacky about Ombré Eyeliner and while it’s uncomfortable having a needle so close to your eyelid, it’s over before you know it and I’ve had far more painful treatments. Numbing cream is also applied before the treatment.

Ombré Eyeliner is a semi-permanent treatment which lasts up to three years. The semi-permanent tattoo procedure uses a very precise tattooing machine, not unlike one that a tattoo artist would use. The work is created in the upper lash line only and in amongst the lashes, rather than on the lid itself, meaning it looks super subtle (almost as if you’ve just had a really beautiful eyelash tint). Colours are customised to match your own individual colouring making the effect natural. Two sessions are required approximately 4-6 weeks apart. After the treatment, it is recommended that no eye cream, lash serum or mascara be used 48 hours post-treatment.

“Nano Ombré Eyeliner is nothing short of miraculous. I would recommend for 99.9% of the female population over 20 years old. It’s subtle but has an impact. Instant pretty and lasts up to three years. It’s done digitally it’s very quick and rather than being painful it’s ‘vibration’ that just feels odd,” says Lee.

I was quite nervous before the treatment, but it was more uncomfortable than painful. It just felt a little weird, but the pain was far from unbearable and Lee works quickly. It was over before I knew it. And the numbing cream works wonders.

Months later, I haven’t touched last extensions and I’ve fallen back in love with my natural lashes (with a little help and love from Sharon Lee).