How To Write A Good Book 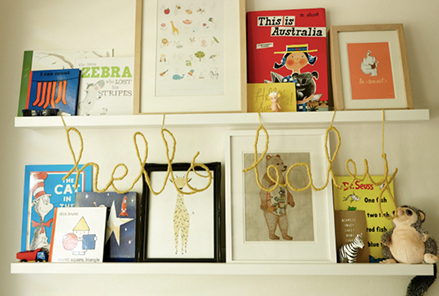 If you have always longed to dig deep, tackle the terror of the blank page and enjoy the healing powers of writing, then take some tips from former journalist turned mummy blogger, Louise Emma Clarke...

The mother of three and founder of award-winning lifestyle and parenting blog Mum of Boys & Mabel decided to write her first novel – armed with just her laptop and a glass of wine – after she moved back with her family from a nine-year hiatus to Dubai. From Mum With Love (out February) follows the adventures of a mummy blogger called Jessica – and explores the delicate balance of relationships and friendships motherhood throws up. “Jessica – the main character – goes through some quite difficult moments in her quest to become a blogger, and each of those incidences is inspired by something that has happened to me (some more closely than others). Let’s just say that by reading this book, you are getting a real insight into the highs and lows of mummy blogging,” says Louise. The Grace Tales loves to support talented mothers managing the juggle (Louise’s highly distracting Instagram feed is filled with good tips and quotes to make you smile) and aside from being a great read, the book may inspire you to discover your inner author. Go to www.mumofboys.co.uk 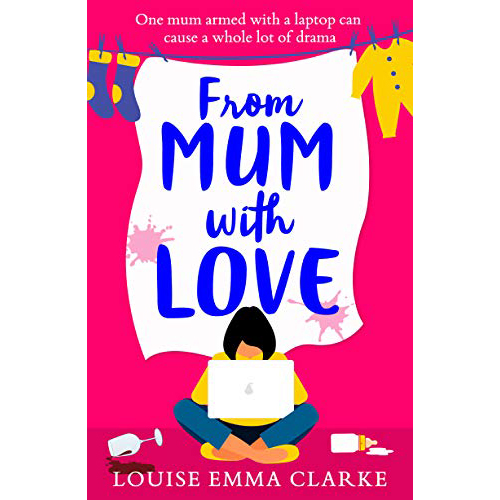 Many people would love to write a book, but how on earth do you do it?

It sounds obvious, but I think the most important thing is having the idea. Once you have that, you are over the biggest stumbling block. You have to sell that idea to yourself and be totally convinced it’s going to make a good read, before you can sell that idea to an agent, a publishing house, and ultimately the general public.

Where did you begin?

I had the idea for this novel while chatting to a friend on holiday in the summer of 2017. We were in the swimming pool together, outside a gorgeous villa in Umbria, brainstorming ideas for a novel. She loves reading books – and I wanted to write one. As soon as we came up with the idea of a first-time mother that decides to start a mummy blog, I knew it was ‘the one’. I started writing the novel that same evening, with a glass of a Prosecco and a backdrop of Umbrian countryside. It seems like a long time ago now.

Have you always wanted to be an author?

I always wanted to write, but being a fiction author wasn’t necessarily a burning ambition. I actually wanted to write a non-fiction book about motherhood and was signed with a brilliant agent already, but after a lot of discussion, we decided the market for that genre was already quite saturated. She suggested I tried my hand at fiction, which got me thinking.

How did you feel when you first started?

I found the first few chapters pretty easy to write; it just seemed to flow. I knew there was a long road ahead and that was overwhelming at times, but seeing the word-count jump up every day kept me motivated.

How long did it take?

In terms of writing it took me six months to finish the novel (20 chapters and 80,000 words), then another couple of months to edit it. I was writing it around my nearly full-time job as a blogger and freelance journalist, plus being mum to my three children, so I imagine some authors can do it a lot, lot quicker. Sometimes I fantasise about booking a month-long trip to somewhere secluded to just be able to write without distraction, but with my littlest being only two years old, there’s a long way to go before that will be possible! In total, it took a year from typing the first word to signing a three-book publishing deal – but there were long chunks of time waiting on feedback, doing nothing, within that.

Did any of your followers on Instagram have any advice?

I can count on one hand how many people knew I was writing this novel (my own parents didn’t even know until I got the publishing deal) – so asking Instagram wasn’t something I did. I took a bit of a gamble writing this novel as it swallowed up time I could have been putting to paid endeavours and I was always a bit nervous it wouldn’t pay off, so I just wanted to keep it to myself for a while.

Who has given you the best advice?

Having my agent on board since the beginning was the most useful thing; she taught me so many things – from the structure of a novel, to the way to lay it out on the page, to honing my writing. But really, I just started writing in a word document and kept going, knowing roughly how I wanted the novel to end. I was pretty much winging it!

What were some of the low points?

There were moments where I got really bad writer’s block – most notably after I had sent the first five chapters to my agent to read when I finished them. She came back with really constructive advice on how to improve what I’d written and tips for taking it forward – but somehow, I just couldn’t write after that. I stopped for about a month, really not knowing how I was going to start again. I woke up one day and thought ‘what am I doing?’ and managed to get back into it.

Very much my own experiences as both a blogger and a mother. I had been a blogger for three years when I started writing this novel – and I had children aged five, three and nine months. I guess I had quite a unique glimpse in how the two things could work simultaneously.

How do you find the time to concentrate with three children?

It’s all thanks to childcare! There is no way I could write otherwise. I work four days a week (short days, until I have to get in the car at 3pm to pick them up) thanks to a combination of school, a childminder, and grandparents. I probably work six nights out of seven too – but from the sofa, with my laptop on my knee. I find it easiest to write late at night, with a glass of wine next to me, which is quite frustrating as my daughter wakes up by 5.30am every day, so I am permanently exhausted.

How has motherhood helped/hindered you in your career?

I was in fashion and beauty journalism before I had children – and when they arrived, the features I was commissioned to write slowly shifted towards parenting and lifestyle. By the time I started my blog in 2014, it was definitely my speciality – so I guess you could say that I owe everything to my children.

Was the story rejected many times before you had a publishing deal?

I forget the exact number, but I think my agent sent the manuscript out to eight publishing houses as a first attempt. The idea was that if they all rejected it, we would move onto the next list. She chose publishers she thought especially suited the book for that first round – and sure enough, we found our publisher. I only read a couple of rejections; it was a much kinder process that I imagined.

What did you want to achieve with the first book?

I really want other mothers to read this book and recognise the motherhood I describe – right from creeping out of a nursery to avoid waking a sleeping baby, to the arguments with husbands late home from work, to the joy of discovering a group of mum friends that totally understand how you are feeling. The blogging storyline adds interest and fun to the book – but the novel is ultimately about motherhood, relationships, and friendship.

How did it feel when you received the first copy?

I still haven’t seen the paperback! I’ll get it in the next few weeks. I think that’s going to be a surreal moment. Aria is a digital-first publishing house, which means they focus on digital copies (for Kindle or the Kindle app on other devices), but paperbacks will be available on launch day too (5th February).

What response been so far?

We’ve only seen reviews from book bloggers / media so far – and it’s been good! Surprisingly good. The reviews have mostly been four and five stars, I’m told that there has been a huge number of pre-orders and Amazon have named it as ‘One to Watch in 2019’. It all seems quite surreal. But the real test for me will be when it’s available to the public to read. I can’t wait for mothers to start reading it during nap times, while feeding babies, and when they finally flop on the sofa at the end of the day – and if they like it, that’s when it will be a success.

And tell us about the sequel?

“From Mum With Love” is the first in a trilogy – so this second novel is all about what happens next for Jessica, her family and her friends. I don’t want to spoil the first book by giving too much away, but I’m really enjoying revisiting it. The characters are so familiar to me now that they feel like real friends… I hope that comes across when people read it too.