I became a single mum and here’s how I felt 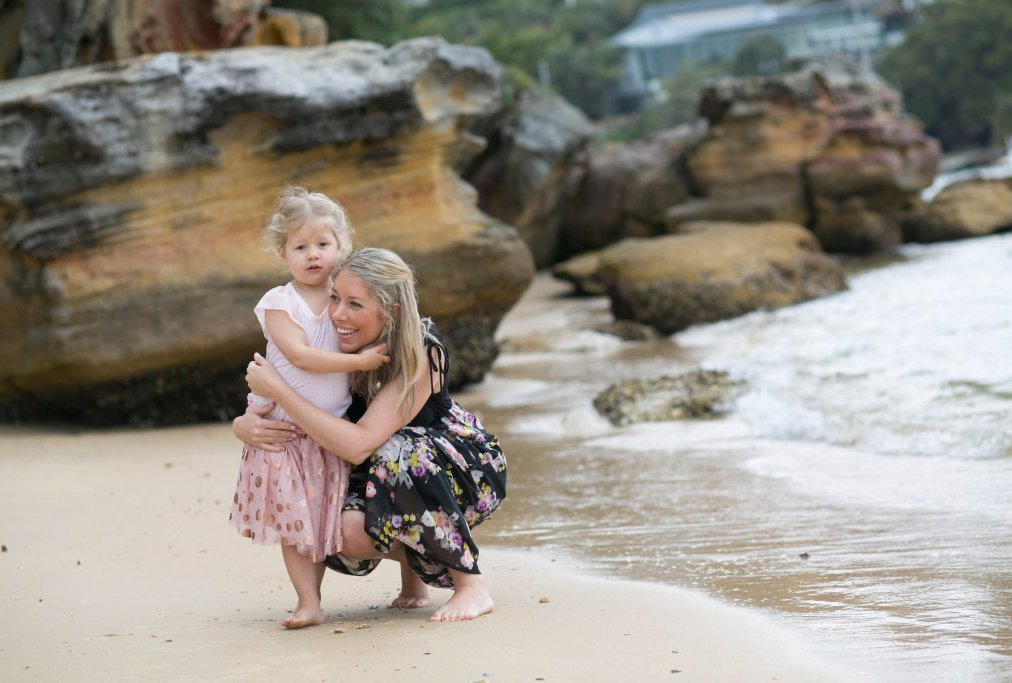 When I first became a single parent, I felt totally alone in the world. While I felt so supported by my friends and family, it also felt like I was the only one going through a separation and no one would EVER really understand what my life was like now. Some of my friends had kids, but none of them were separated or divorced. Honestly, I felt like the biggest failure in the world...

When my daughter was just five months old, I moved to Sydney to be closer to my support network. The local community nurse gave me contact details for a mothers’ group who had babies around my daughter’s age. I hesitantly went along to one of their meet ups down by the beach. As I made my way there, I felt nervous and started worrying about what I would say if they asked me what my husband did. It was the question I dreaded more than anything. To be honest, I would have rather told people my husband had died, than admit I was a single mum. I have thought long and hard about my embarrassment over this. I’m a strong and independent woman, why did I feel like such a failure? It partly had to do with the fact that my daughter was just a baby, and so far strangers’ reactions were mostly that of pity. I’ll never forget the time I went to buy a fridge for our new life back in Sydney. The sales assistant was trying to pressure me into purchasing a fridge bigger than I needed. I tried to explain that I didn’t need such a large fridge, but he was rather persistent and continued to tell me how much my husband would eat and how we would have a growing family. When I broke the news to him that the fridge was just for my daughter and I, for our new apartment that only my daughter and I would live in, his jaw dropped to the floor and his eyes welled up with tears. “Oh I feel so sad for your daughter” he cried, “your poor, poor daughter”. My thoughts to this were: Firstly, why does he feel so sorry for her? Secondly, will life be that bad for her having two parents that are no longer together? And thirdly, what exactly did he know about my situation? But it did hit a nerve, because I felt sad for her too, and I felt sad for me, too. Life didn’t turn into my dream like it was supposed to (happily married with four kids and a dog, living in a big house overlooking the water and doing my dream job). Apart from not wanting people to pity us, I personally felt like a failure. Should I have stayed in an unhappy relationship for the sake of my daughter? Would life have been better for her if I did? Would she turn out happier if her dad and I had stayed together? These are questions I asked myself time and again before the separation and they’re to be answered on another day, but regardless, I still felt like a failure. Now, let’s talk about the social stigma of being a single mum. I never thought much about single mums before becoming one, but when I did become one, I didn’t think negatively of single mums at all. I thought they were exceptionally brave women – because they are. But I did still think there was a social stigma surrounding the ‘single mum’ and I didn’t want to be put in that category. I thought that instantly people would think that I was stupid, uneducated, and a drain on the economy. I imagined they’d think that I should never have had a child, that my daughter would grow up disadvantaged and that I was scraping by and barely keeping it together. I never did get asked about my husband that day at mothers’ group, but I never went back. I didn’t feel like I belonged there and my challenges were on a different scale to the other mums from the group. And I still dreaded the thought of my relationship status eventually coming up and not being able to hide it. That was three years ago. Since then, I have learned to love the term “single mum”. To me, it represents strength, courage, and resourcefulness. I have surrounded myself with single mums, and they are all intelligent, educated, loving, confident and independent women. I am a single mum. I am also a strong, smart and independent woman, and most importantly, a loving mum who would do anything for her child. I am not a failure at all. I got myself out of a toxic relationship and am doing what’s best for my child. To me, that is success.

Julia Hasche is the founder of Single Mother Survival Guide. As well as providing a community for single mothers and informative, honest and inspirational content, Julie is launching an online course for single mothers. For more information, go to www.singlemothersurvivalguide.com