I Didn’t Think Taking a Mum-Break Was Possible, Until I Visited The Datai Langkawi… 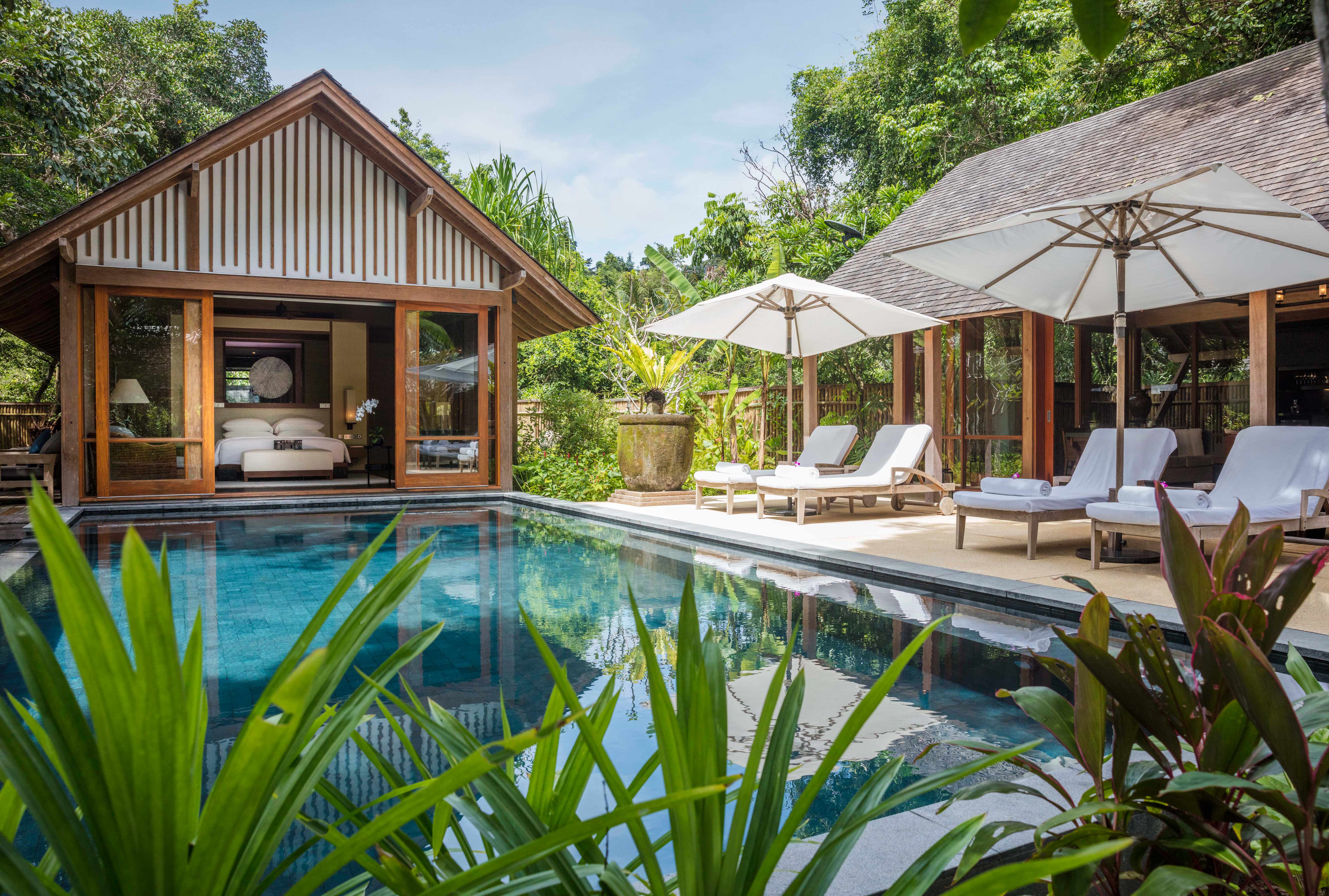 There is no doubt every mum needs a break, but actually finding the people/places/tools/time to have one is a different story altogether…

This travel story wouldn’t make much sense if I didn’t give you the context surrounding it, so I’ll start by saying I’ve had, quite simply, the worst year of my life. On the same week my daughter started kindergarten, my dear father was diagnosed with pancreatic cancer. Two days before my 38th birthday, he died. Although life goes on, particularly with small needy children, putting one foot in front of the other on days where all I wanted to do was cry has been particularly tough. So when my boss and friend Georgie initially suggested I might like to have a break, I dismissed it as I have done countless times before…

To be honest, friends, family and even my husband have hinted that I might like to go on a break a few times before, but really, the mere thought left me feeling pretty annoyed. How flippant of people to suggest that a mum – the primary carer of two small children – could just up and leave from, well, everything for a few days? While the notion seemed appealing, the reality always seemed way too tricky to put into practice, but it seems, I’ve been wrong all along.

When The Datai Langkawi, a 5 star luxury resort in Malaysia, approached The Grace Tales about a trip, Georgie knew I needed to go more than ever, but it took a bit of convincing to make it happen. My initial dismissive attitude became more and more accustomed to the idea as days and weeks passed, and with some careful planning and discussions with my husband, we worked out that taking 5 days out from my usual home routine with the kids was actually possible with thanks to friends and family (and a very thorough Google Doc printed on the fridge!). Along with my sister, who also has two small children, we made it happen and embarked on a much-needed trip of a lifetime. 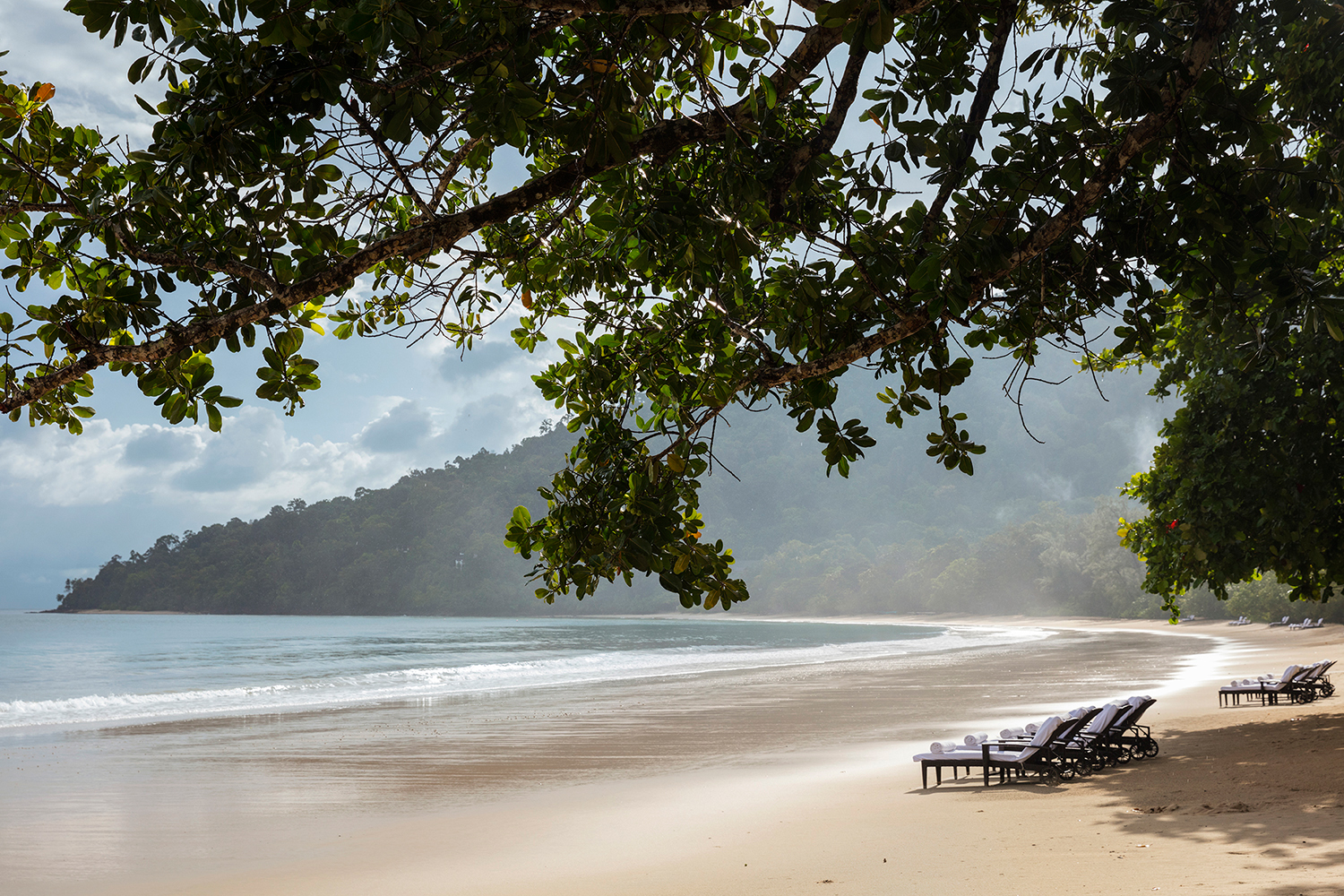 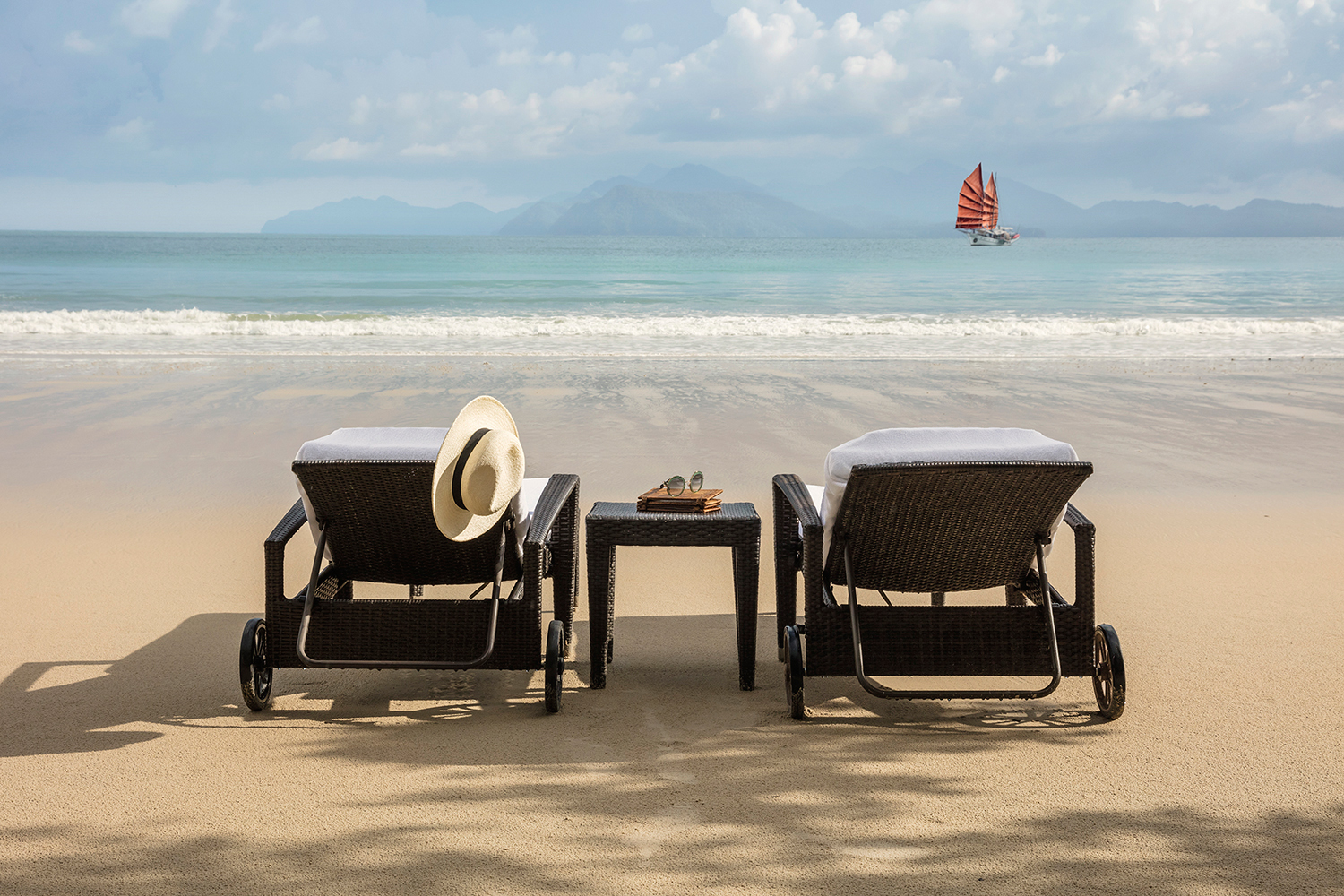 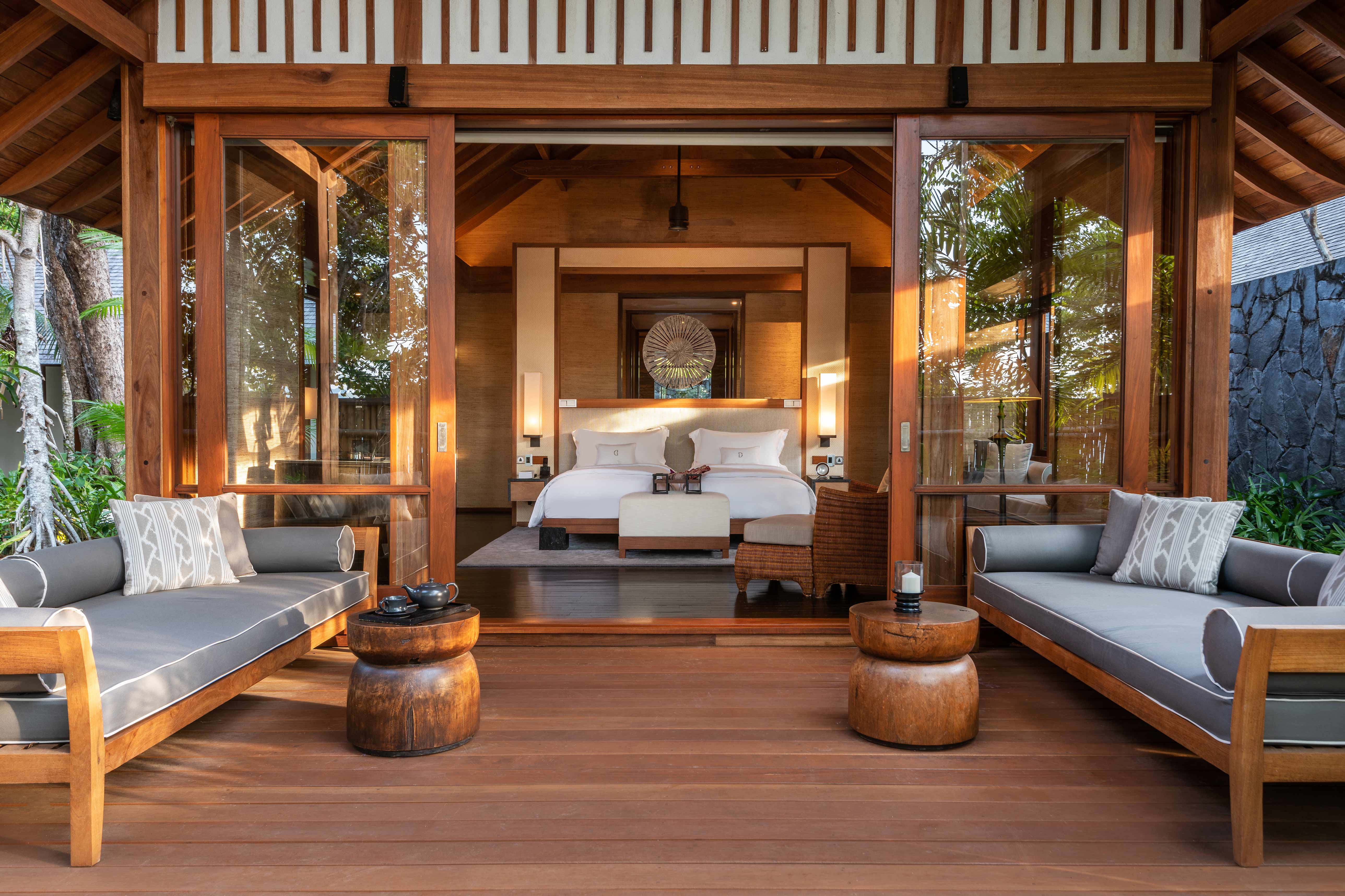 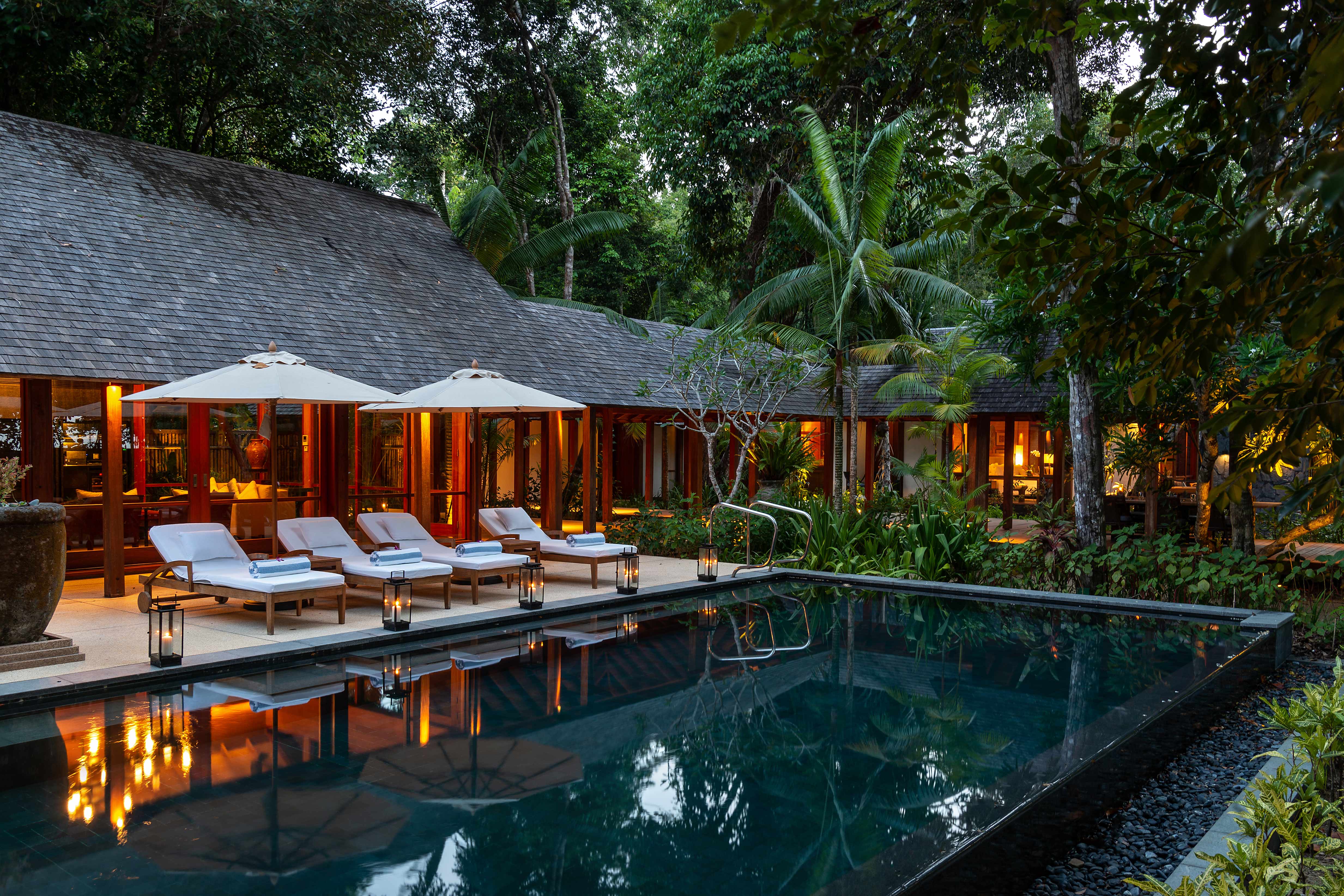 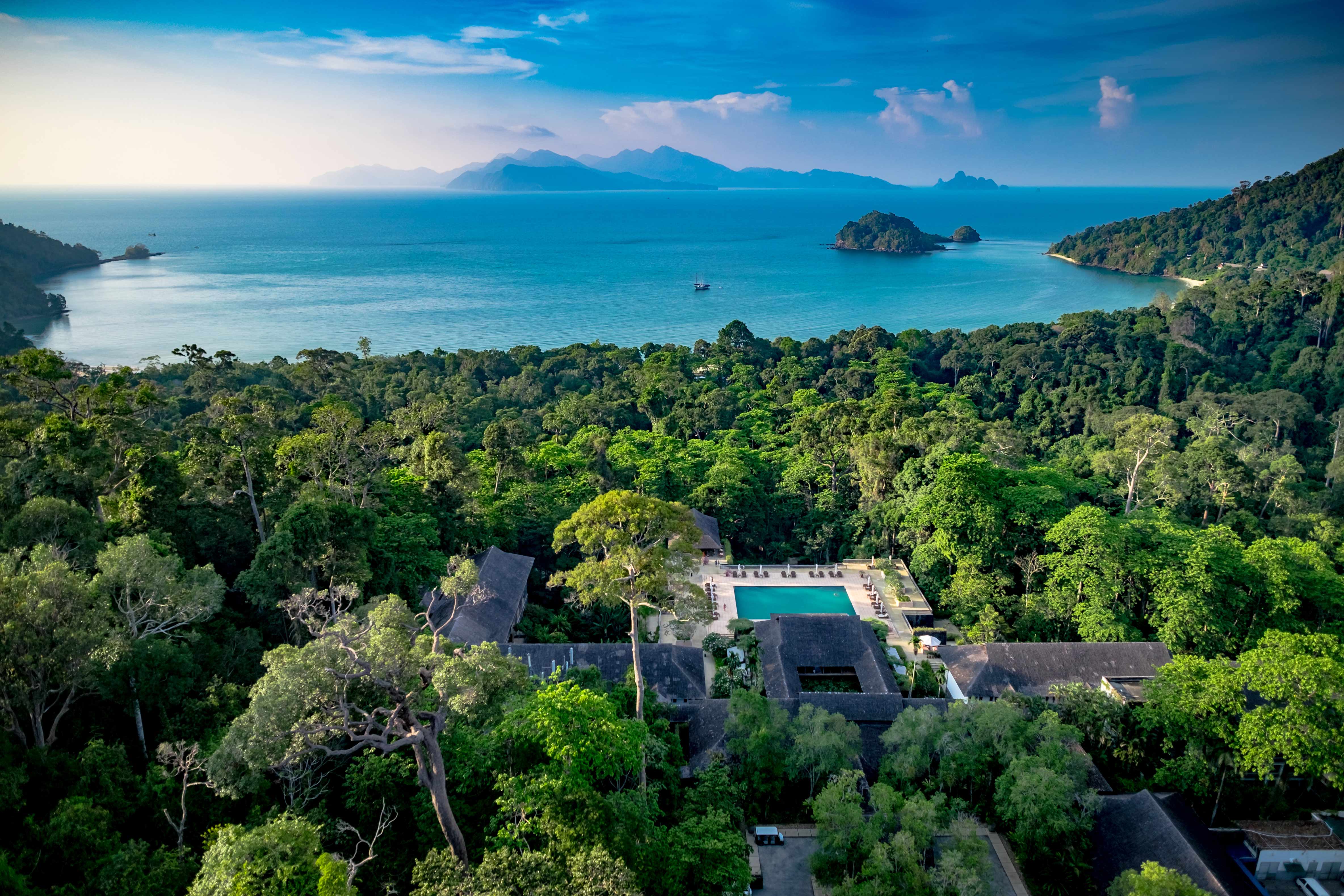 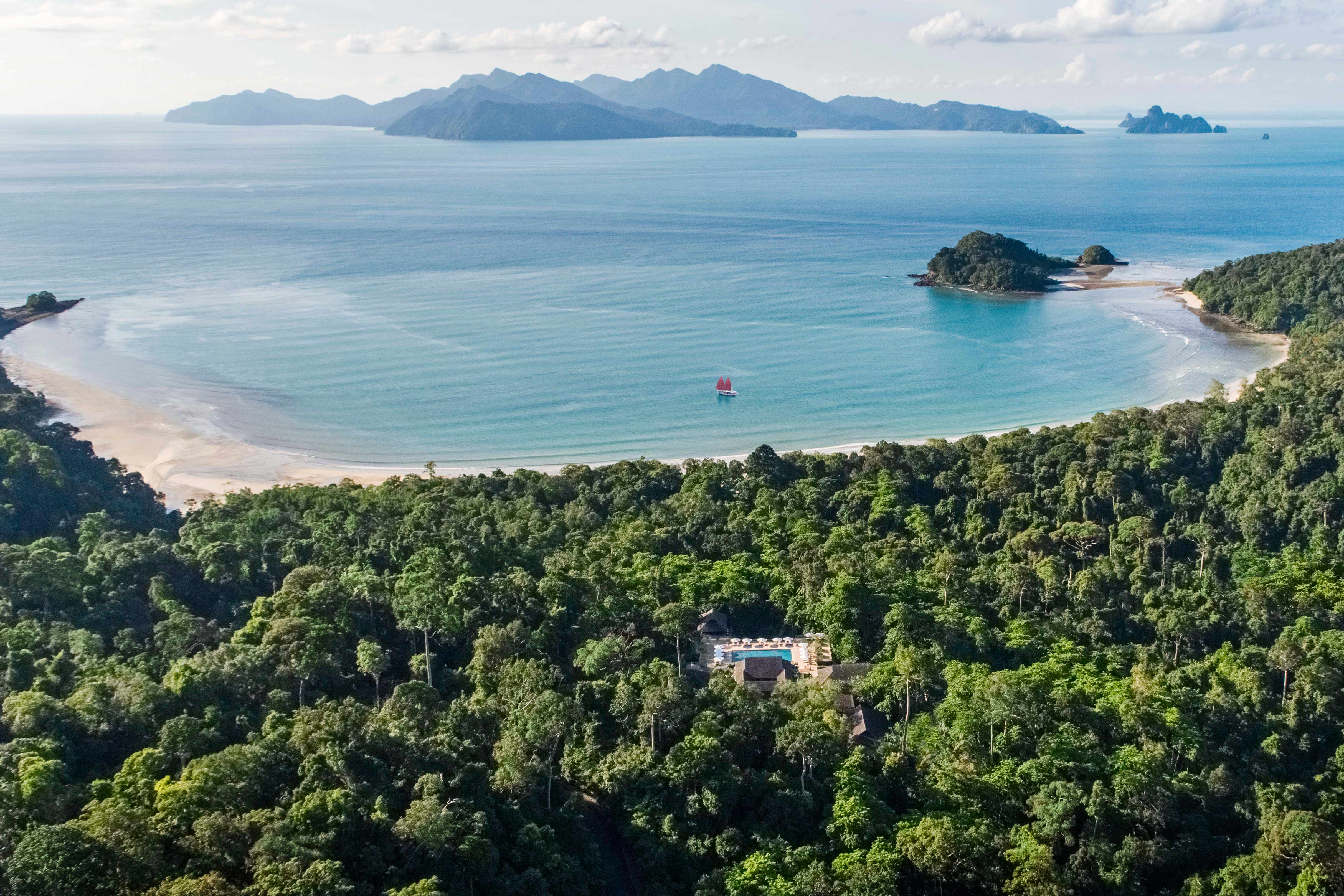 Langkawi is a lush tropical island off the coast of West Malaysia. We took a Malaysia Airlines flight from Sydney to Kuala Lumpur, followed by a short 60 minute plane ride to Langkawi, and a 40 minute drive to The Datai from the airport. The flight itself provided some much-needed downtime and the novelty of flying without an influx of kids paraphernalia was almost too good to be true! We’d heard about Langkawi’s famous monkeys, and on our scenic route to The Datai we spotted quite a few along the roads, up in trees and saying hello from the sidelines. Cute, but also very cheeky (just don’t look in their eyes, rustle any food packaging or try to be too friendly)…

The Datai is nestled amongst a 10-million-year-old-rainforest (yes, I said 10 million), so the lush greenery surrounding the resort is almost overwhelmingly jaw-dropping. We were placed in a rainforest villa which was right in the heart of all the natural beauty with pathways leading to the nearby main pool, spa, butterfly walk and beach club. To head to the other areas of the resort including the restaurants and lobby, buggies were always nearby for convenience and comfort.

Travelling to Langkawi in September is off-season, but the weather couldn’t have been more perfect at a balmy 29-30 degrees most days. Interestingly, when we spoke to the Director of Sales and Marketing at the resort, she mentioned that there really isn’t ever a bad time to visit despite smartphone apps scaring away potential tourists with storm and rain predictions. Truth is, if it does rain, it’s only ever brief, so capitalising on cheaper rates and less tourists in the off-season months is actually a really smart idea. 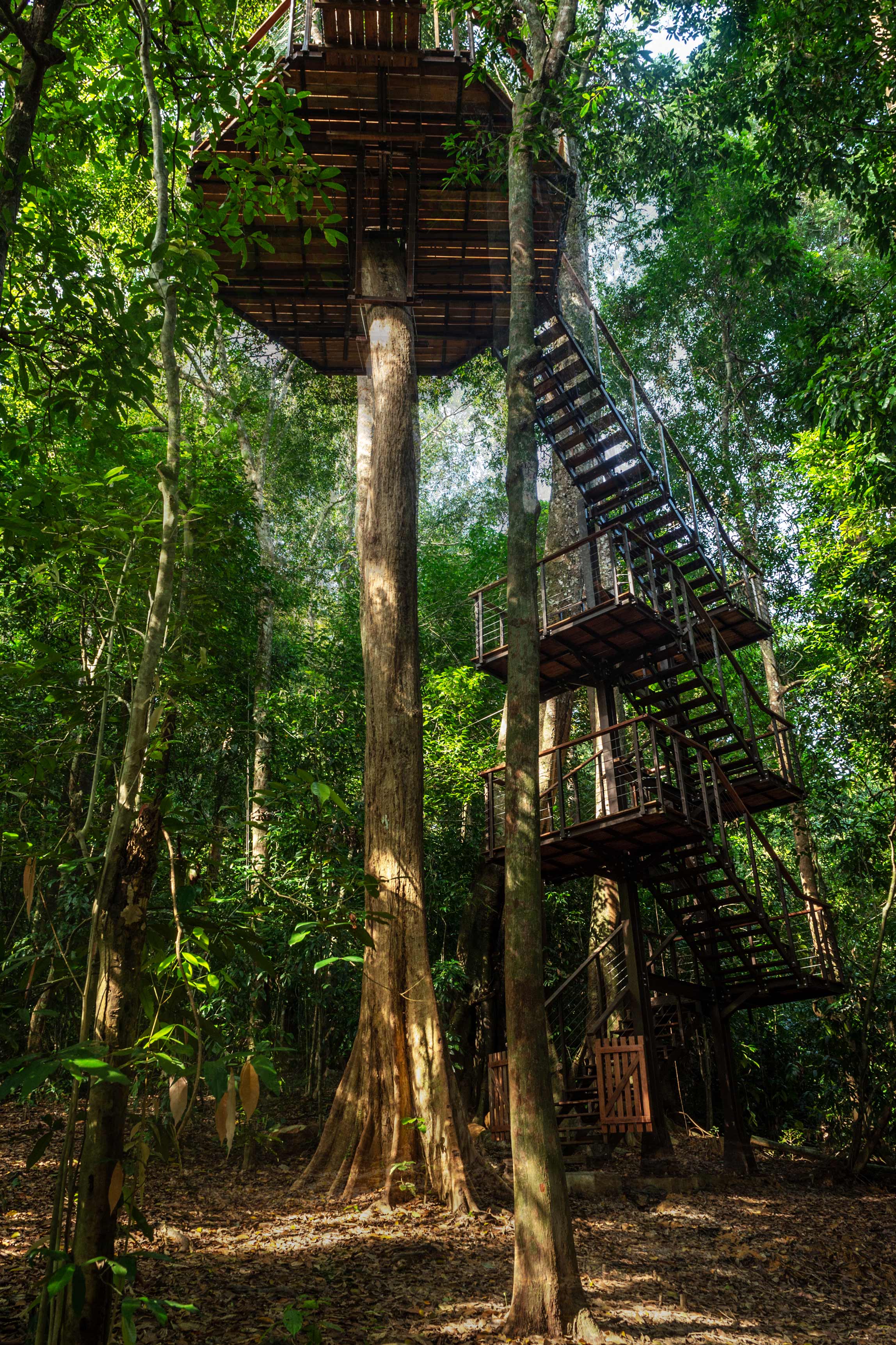 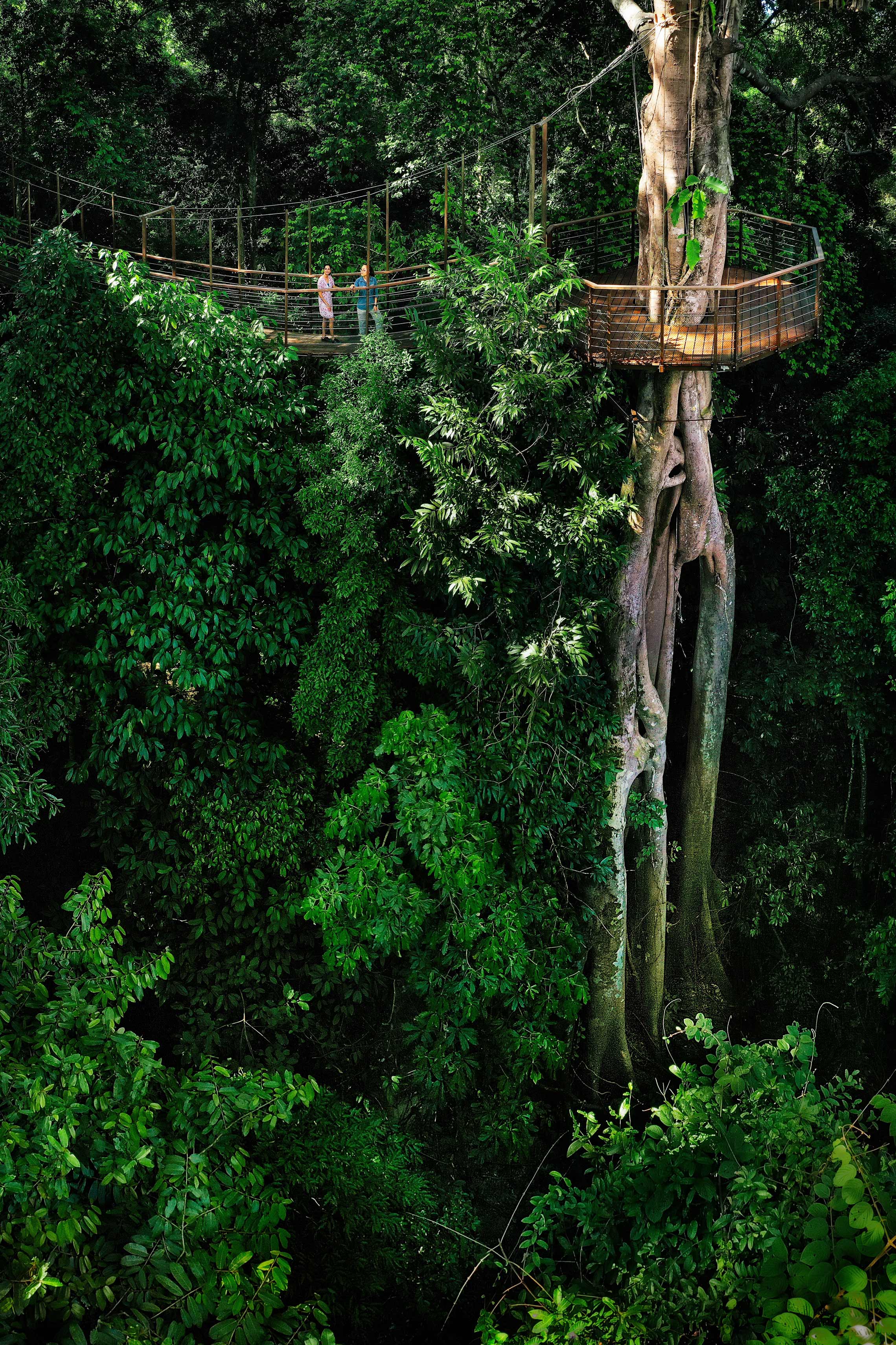 The Datai is undoubtedly a nature lover’s delight, with over 500 bird species situated on the island (each room is equipped with binoculars and a bird watching book, and don’t forget to look out for the resident Great Hornbill pair who fly over the lobby at any given time), monkeys, tree frogs, squirrels and geckos, to name a few. A team of passionate naturalists and marine biologists are always on hand at the nature centre to answer your curiosities or accompany you on any of the available rainforest walks. We did the forest walk which took us through a mangrove stream and finished with a 20 metre long, 15 metre high canopy walk situated on top of an established Strangling Fig Tree, giving us a spectacular view of the surrounding area. There are also rainforest walks in the morning and after dark to see the landscape and wildlife at their optimum. 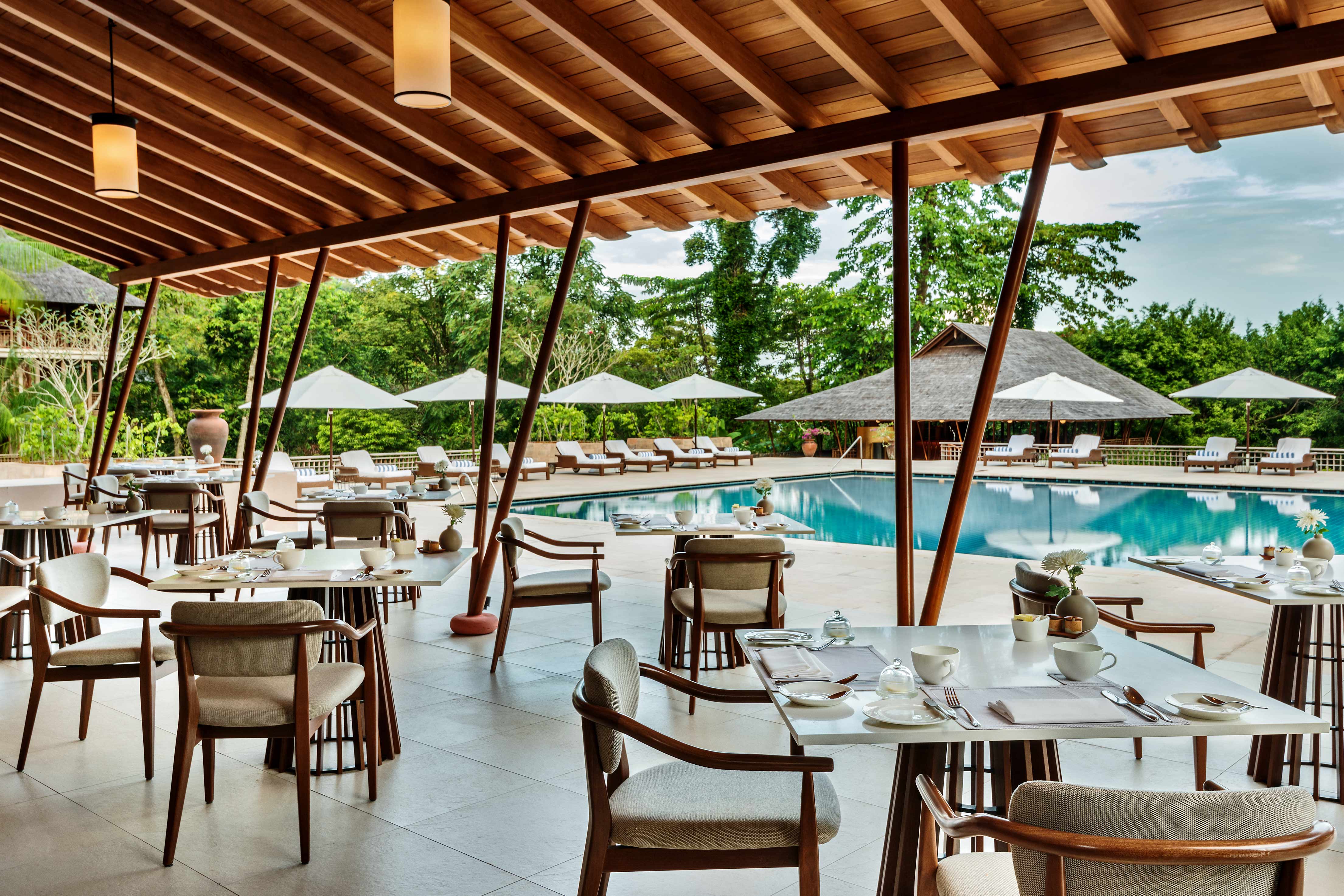 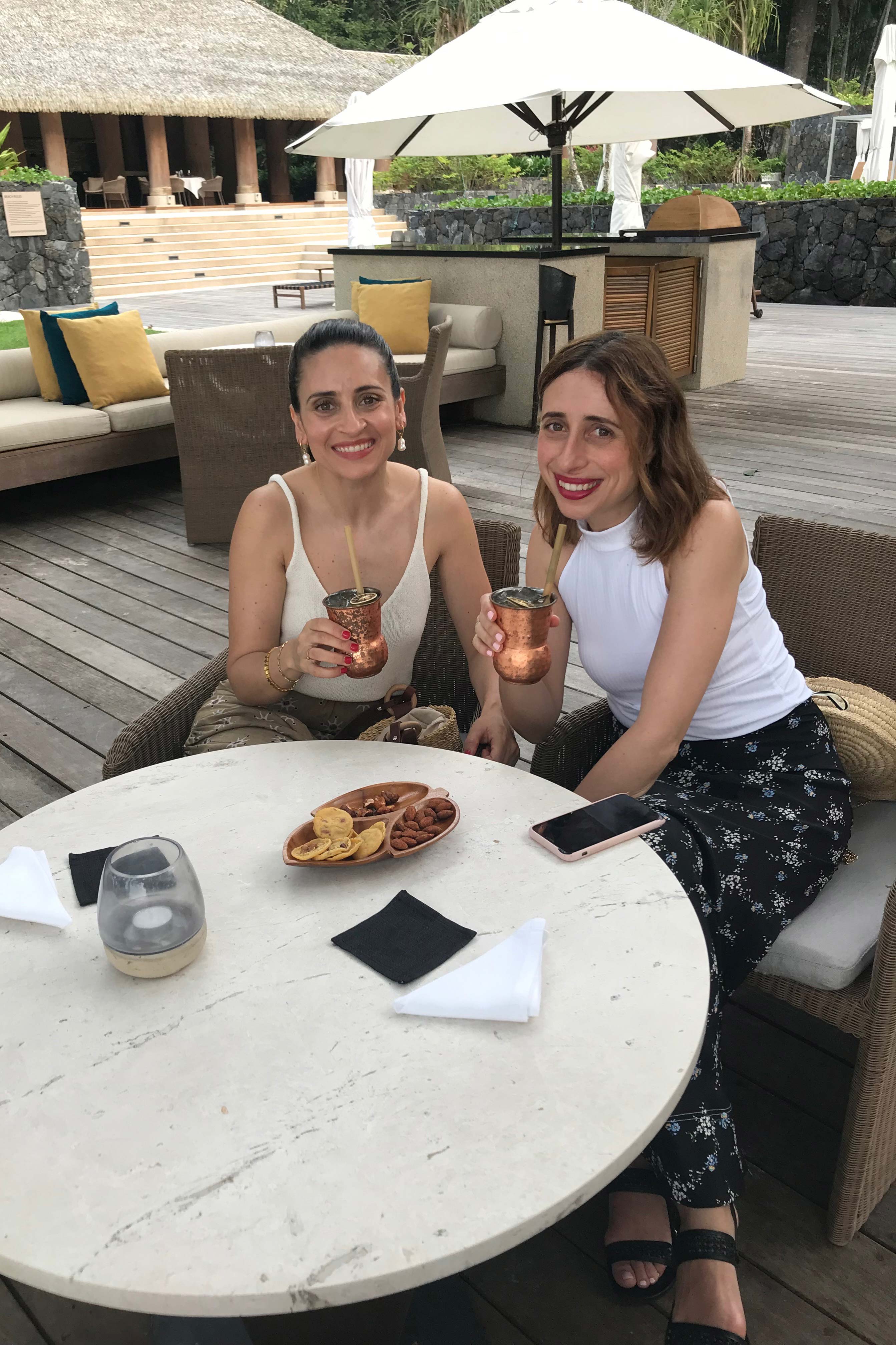 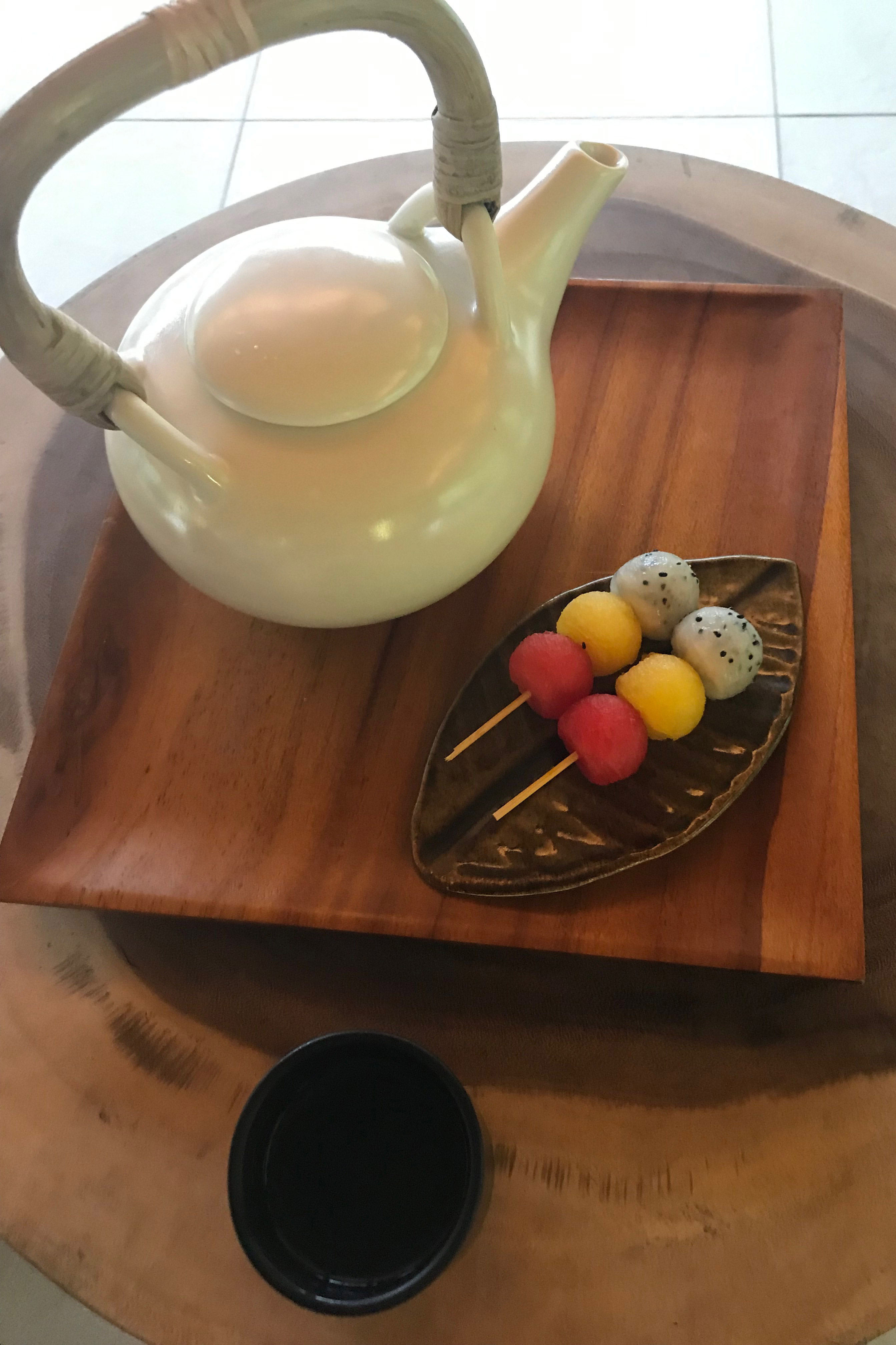 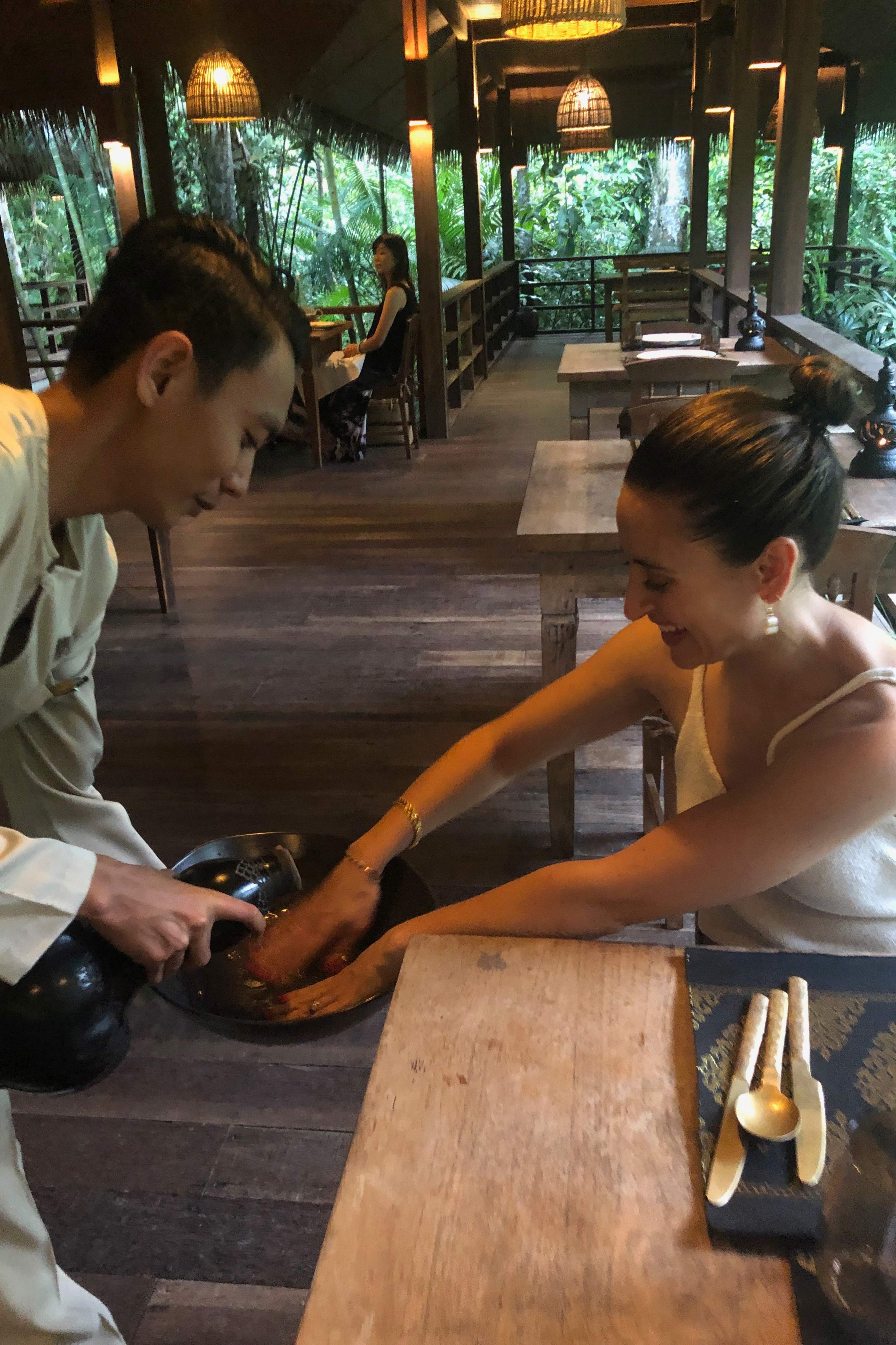 If you’re into food, you’ve come to the right place. At The Datai, you’re spoilt for choice when it comes to dining options. For casual and poolside dining, The Beach House and Beach Club provide endless options that cater for all appetites. I had a great Club Sandwich here (am I the only one who always orders Club Sandwiches when on holiday?), as well as the most mouth watering Malaysian noodles and Nasi Goreng I’ve ever tasted. Seriously yum and on a much more sophisticated level than your stock-standard resort-style food. I would have happily eaten all meals here if it weren’t for the other mouthwatering restaurants on offer. The Gulai House is an award winning Malaysian restaurant tucked deep into the rainforest. Order the satay and roti canai and wash them back with a delicious wine from the abundant and expertly curated drinks menu. We also did a cooking class here and I’m desperate to recreate some of the authentic dishes we cooked at home.

If Thai is more your thing, The Pavillion offers traditional Thai cuisine in a heavenly open-air setting (you can actually spot the rural Thai island of Tarutao from the beach, it’s that close). For a more fancy (and romantic) option, The Dining Room converts to a fine dining restaurant by night offering signature dishes with a distinct Mediterranean twist, complete with a walk-in cellar. If you haven’t caught on yet, The Datai takes its drinks selection very seriously and we had some of the best wine we’ve ever tasted on the trip. It’s no surprise to learn that 40-50% of guests choose to return to The Datai regularly, given the food and drinks on offer are a cut above the rest.

The Datai Langkawi embarked on an extensive renovation recently, with a firm emphasis on sustainability. It’s hard not to notice the resort’s commitment to its natural surroundings with its own bottling plant providing reusable glass water bottles inside the rooms, insulated water bottles for use around the pools, along with stainless steel and bamboo straws. Come to think of it, I don’t think we noticed any rubbish or unnecessary packaging throughout our entire stay. Another noteworthy point is to focus on the noise, or lack thereof. You won’t find any tunes at breakfast or blaring house music by the pool – The Datai uses its own soundtrack of animals, trees and water throughout the entire resort, leaving you with an undeniable sense of calm wherever you go. 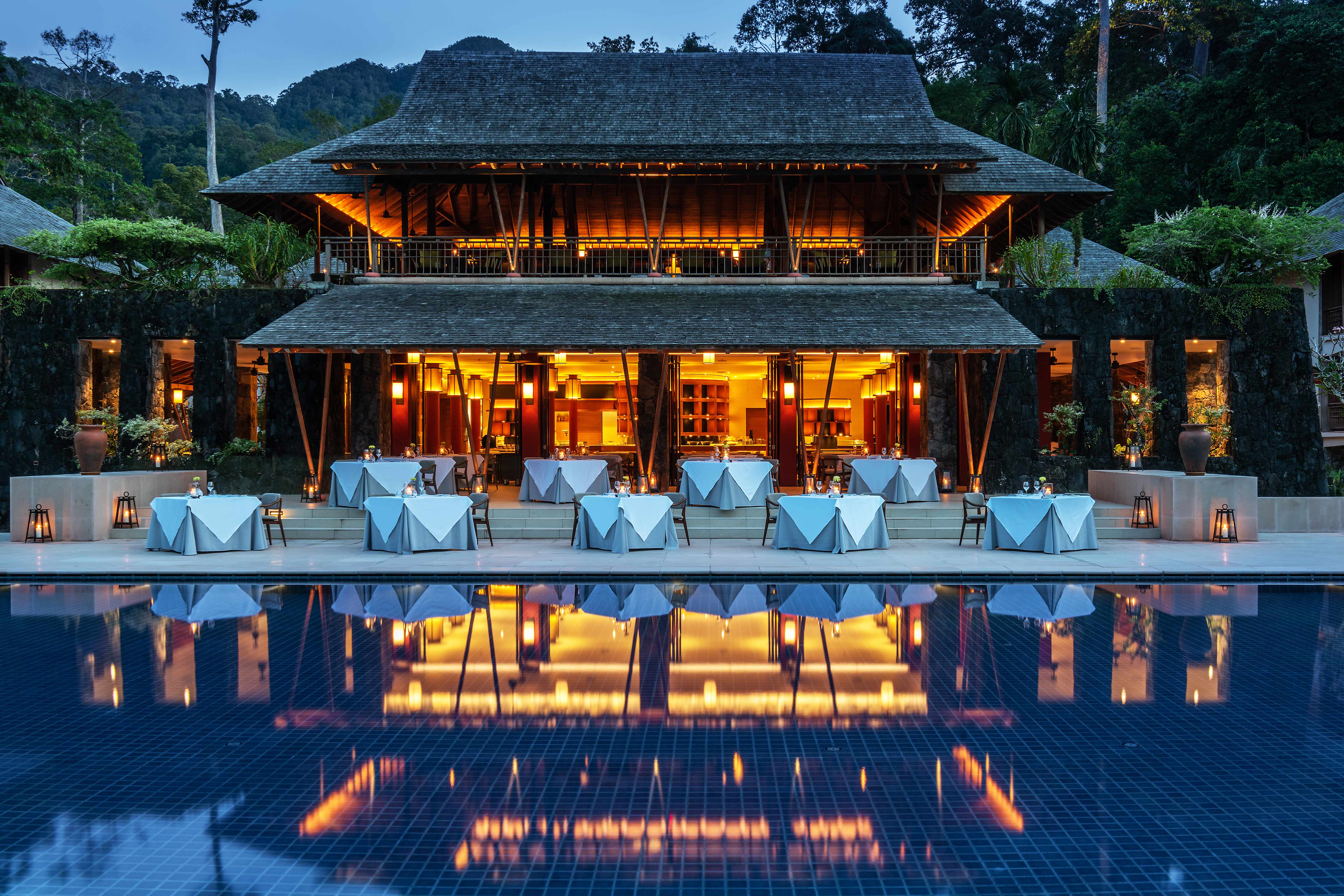 Speaking of calm, The Spa at The Datai was quite possibly the most rejuvenating and refreshing sensory experience I could have ever given myself during our stay. Beautifully integrated into the background of an ancient rainforest with the meditative sounds of a winding stream, my facial and massage will be forever etched in my memory thanks to the traditional Malay rituals (foot baths and calming tea and fruit to start and end treatments) and heavenly staff that made those two hours of my life seem like an internal reboot. I’ve never been one to see self-care as indulgent beauty treatments, but my word, the holistic combination of nature and beauty at The Datai Spa was a truly transformative experience. 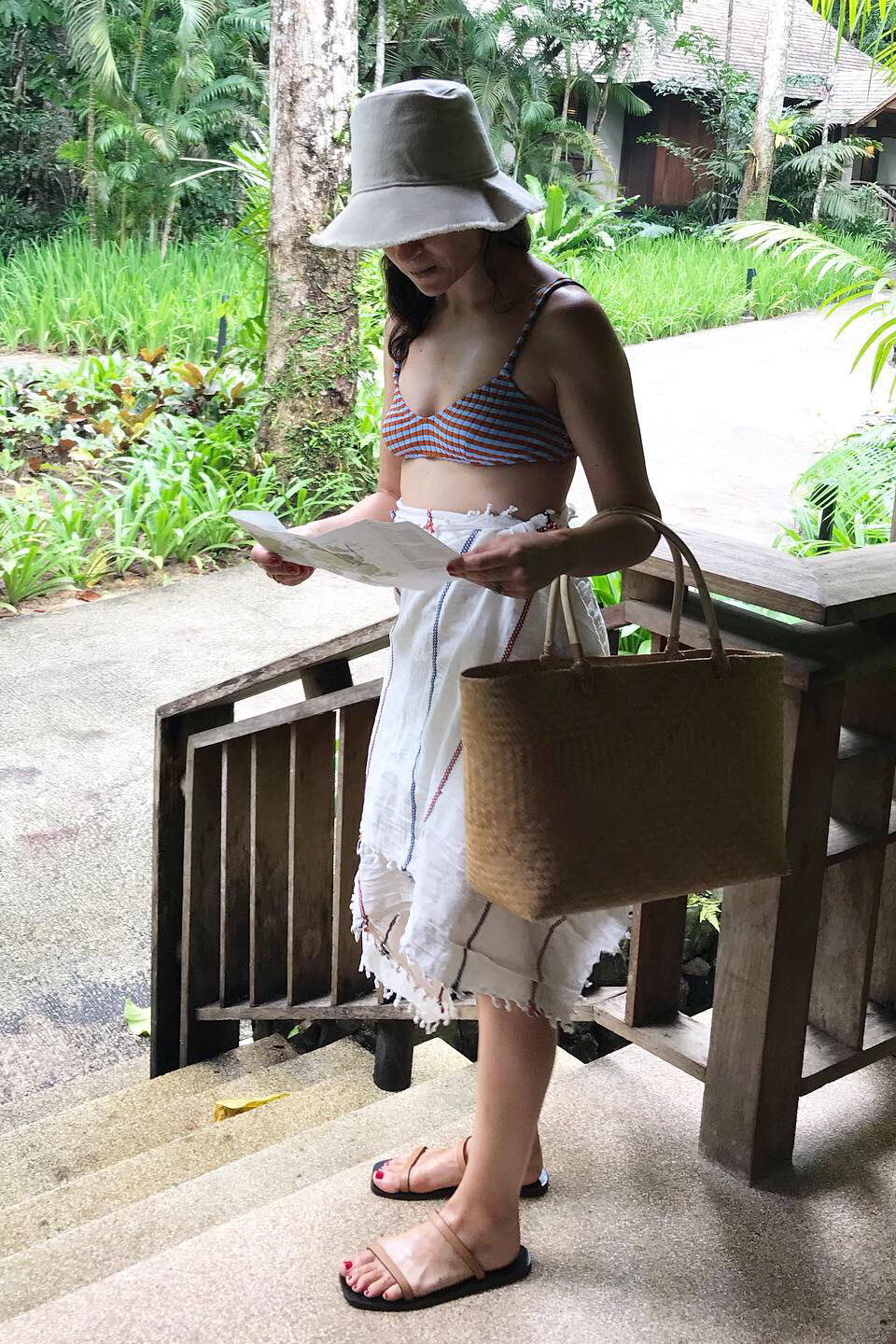 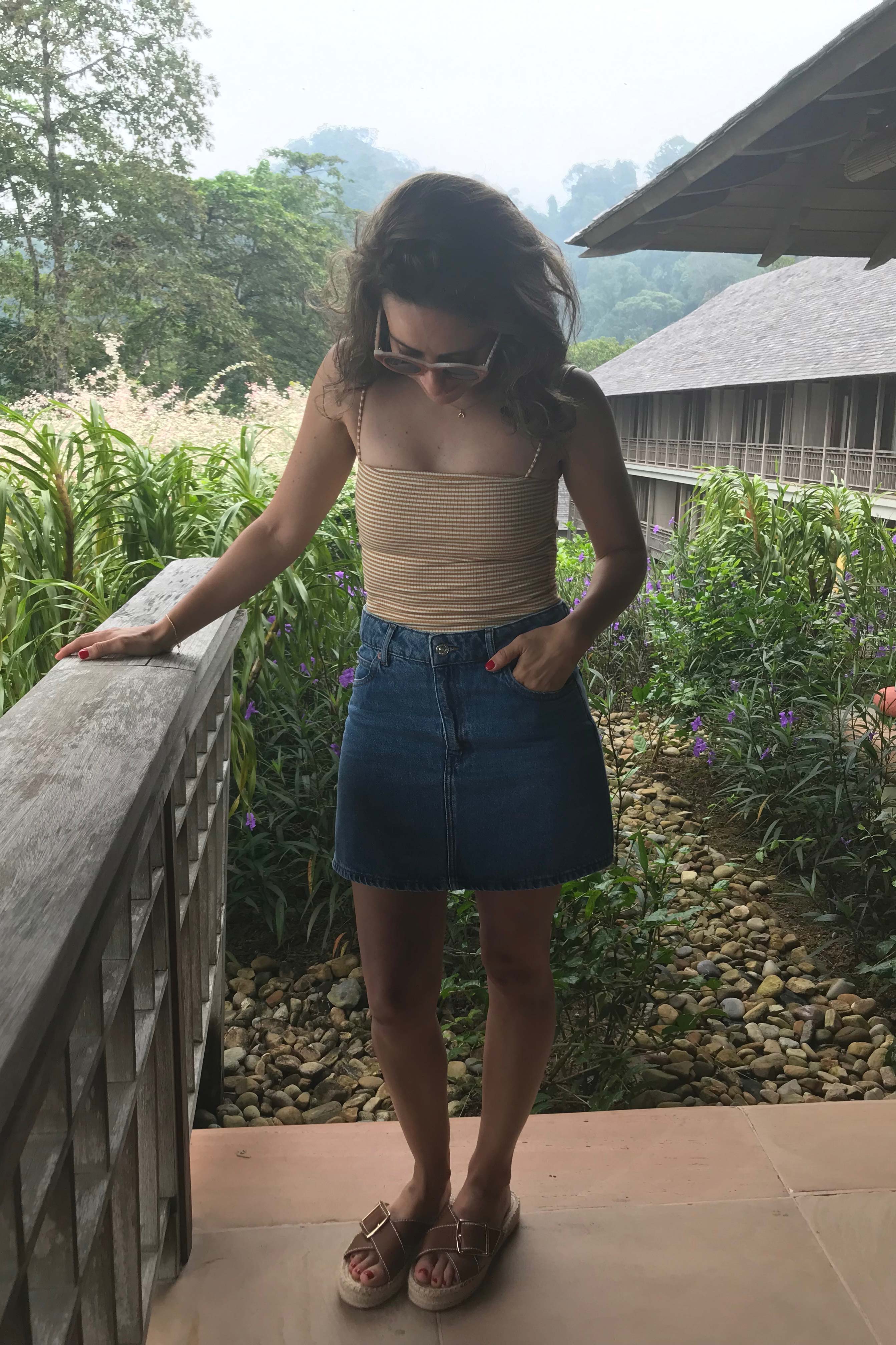 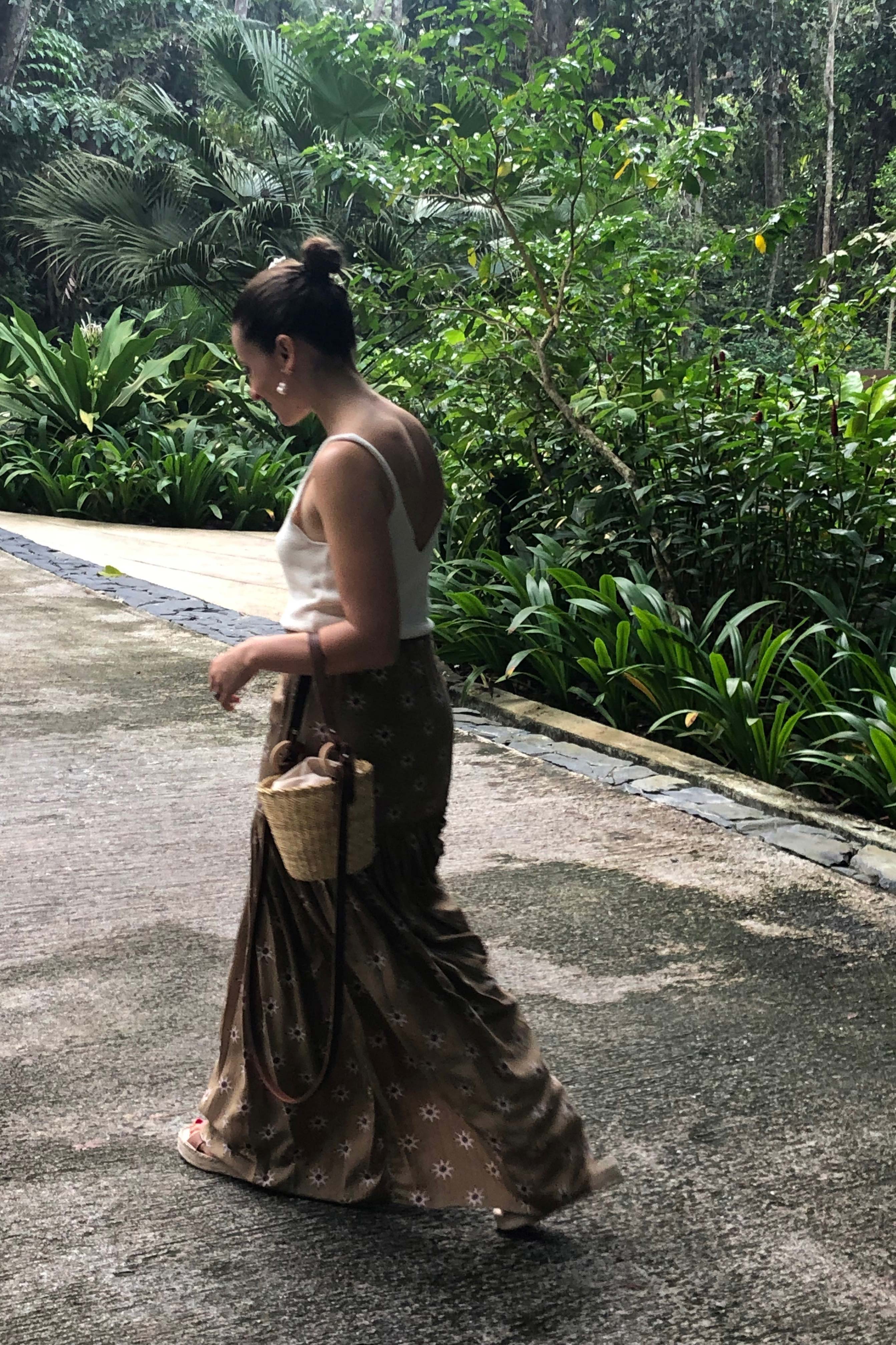 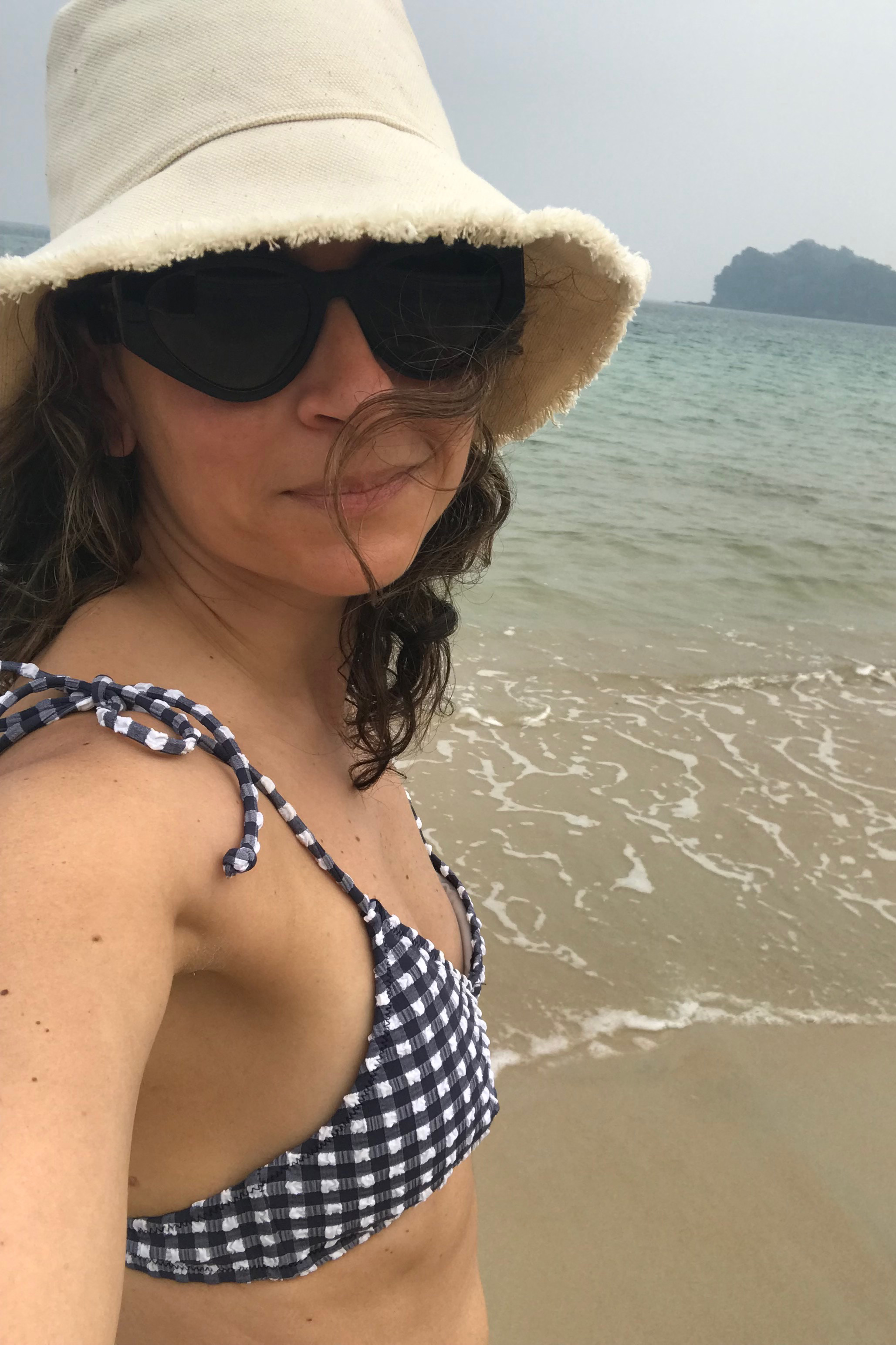 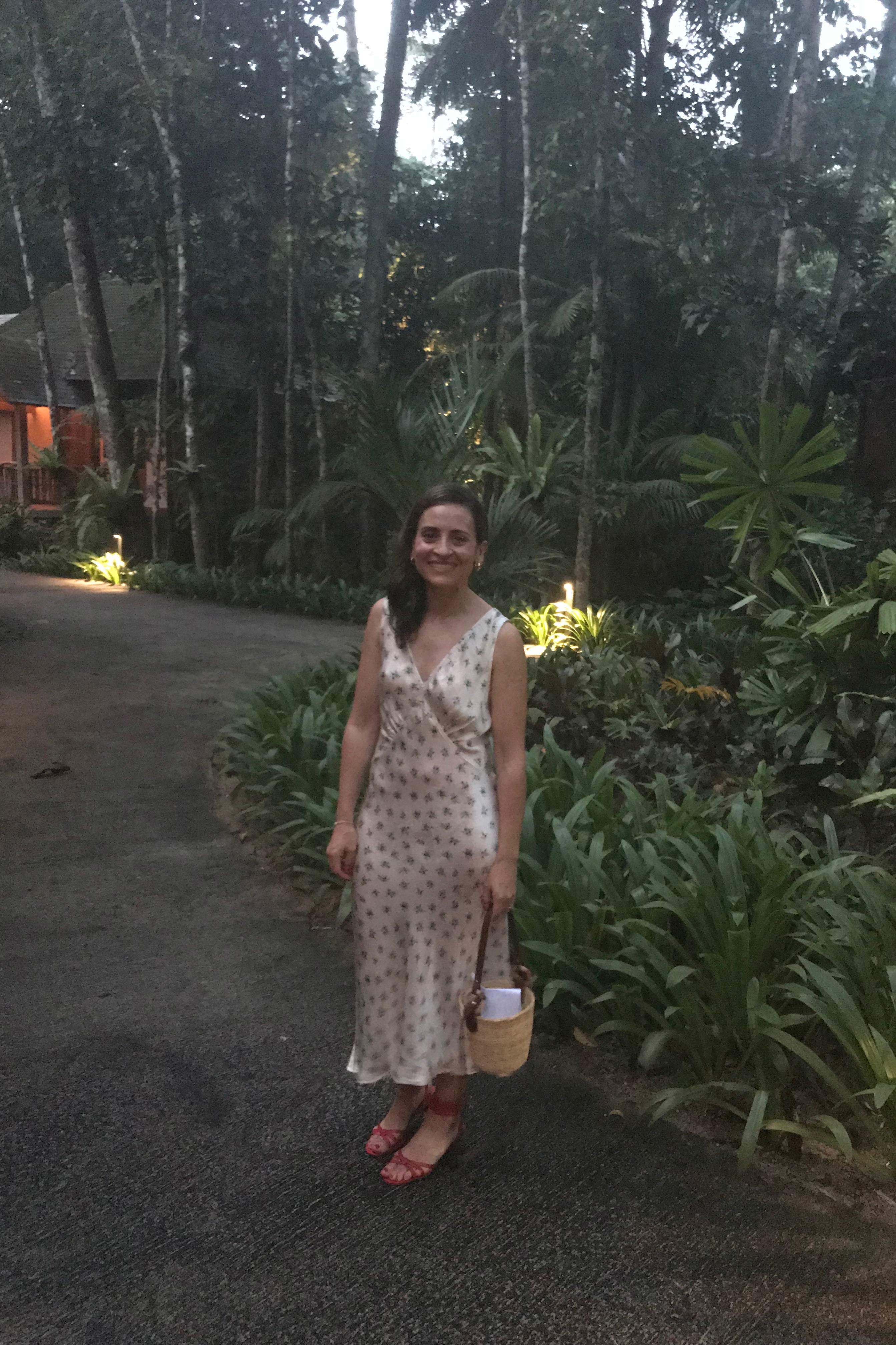 The Datai Langkawi is one of Malaysia’s most sought-after luxury resorts, and I’m almost embarrassed to say that Langkawi was never really on my radar until now. The beauty of a place like The Datai is that it caters and appeals to a wide range of guests – from families (there’s both a family pool and adults-only pool), to serious nature enthusiasts, to couples on a romantic getaway, and to people like my sister and I – who desperately needed a few days of solitude and pampering. Somehow, the resort lacks pretension but feels perfectly indulgent, and not only makes you in tune with nature, but also in tune with yourself more than ever before. Walking along the beach every morning, that just happened to be named in National Geographic’s Top 10 Beaches in the world, I realised that taking a few days out from “mum life” was exactly what I needed to appreciate the beauty in the everyday.

It was a brief trip, but one which had a huge effect on me. Taking a few days out, being so immersed in nature and so well looked after by passionate and respectful staff, was just what the doctor ordered after a year of more lows than highs. I get it now, going away as a mum certainly isn’t easy, but if you can manage, the profound effect on mind, body and soul is worth its weight in Google Docs. Langkawi, you have a fan for life.