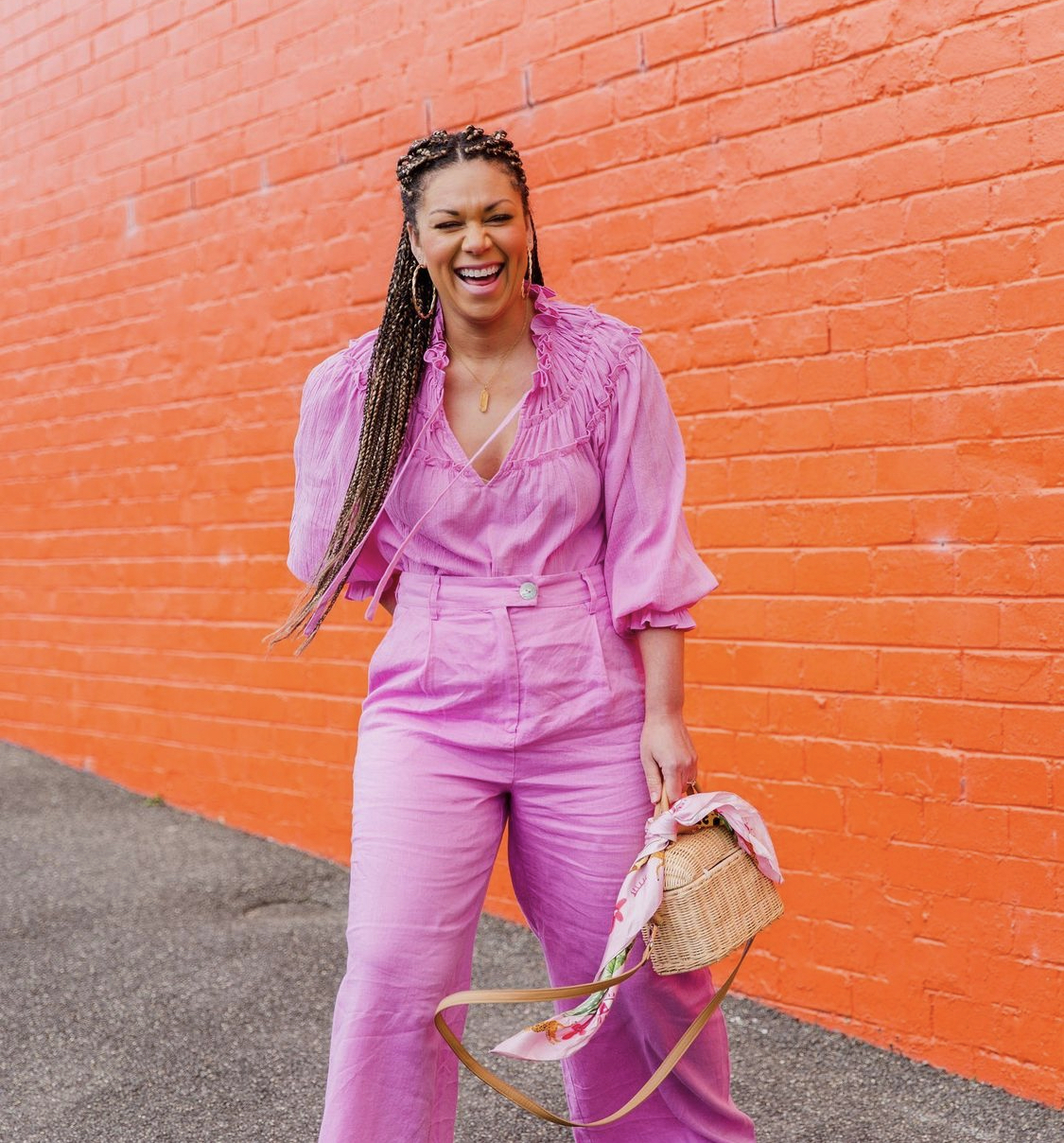 Geelong-based fashion stylist Emelia Morris’ Instagram wall is filled with joyful colour, up-beat captions, and inspiring wardrobe ideas – which made it all-the-more powerful when she posted news of her deeply personal fertility struggle and loss there last year. Here, she shares her story to in the hope it will spark vital conversation in young women.

To anyone on the outside looking in, Melbourne-based stylist Emelia Morris had the kind of life dreams are made of. Indeed, that’s how the charismatic fashionista felt herself at age 34. She’d swapped a corporate career for one as a personal fashion consultant to impressive success and was happily married to an amazing man she’d met overseas more than a decade before. Both wanted children, but had made the most of their twenties, travelling the world together, pursuing happiness, and focusing on work. But when the time felt right to pursue a family, things took an unexpectedly tragic turn for reasons sadly all-too familiar for many Australian women.

“I was umming and ahhing about whether I would post this as it’s quite personal and non-styling related,” she wrote below an image of herself in hospital on Instagram last September, having recently lost a pregnancy at 10 weeks after gruelling IVF treatment. “The main reason I am posting this message is not for any sympathy (I’ve turned off the commenting on this post) … I am doing this an education post for my girls in their late 20s and early 30s, as I wish I had this information much earlier on to make an informed decision.”

“Even if you’re not intending to plan for babies until you’re in your mid or late thirties (because remember in the medical world you’re considered a geriatric pregnancy at 35 onwards),” she continued in the caption, “age unfortunately does affect fertility. There is no harm in making an appointment with a fertility expert to get some advice on your best chances for later on.” 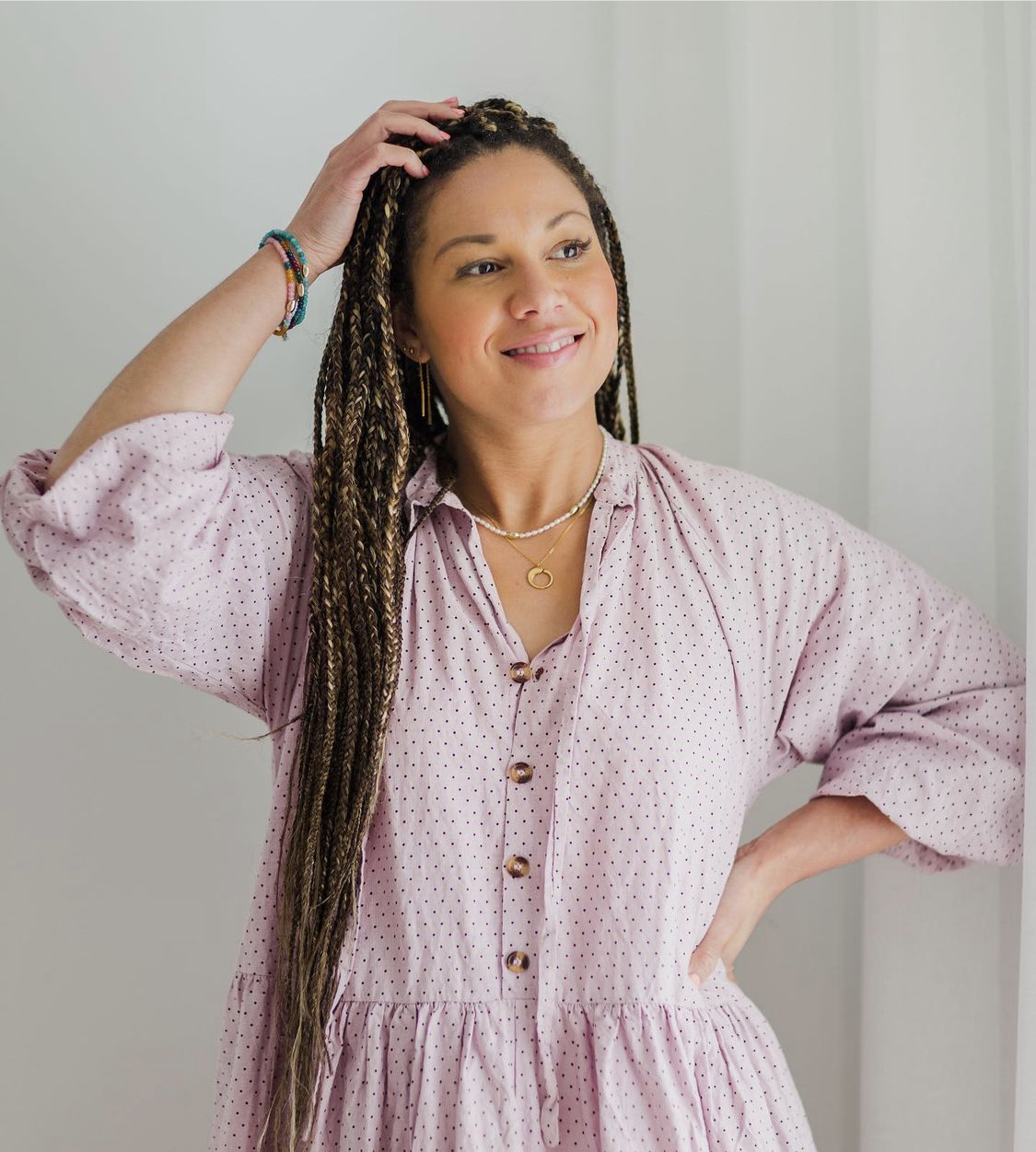 It’s no secret that the average age of first-time mothers is on an upward trajectory here in Australia, just as it is for most Western countries. Statistics taken in 2019 showed one in four women who gives birth now is aged 35 or over. What fewer know though, says Emelia, are the benefits of checking your fertility long before babies are on the cards.

Like one in six young Australian women, she suffered polycystic ovarian syndrome – unknowingly, in her case – meaning medical intervention would be an inevitable part of her journey to motherhood. “I knew I was never going to have babies in my twenties, even though I’ve been with my husband since I was 22,” says the now 36-year-old. “I’d been on the Pill since I was 16 to treat some mild hormonal issues – a little bit of acne and excess hair, neither of which are unusual for a teenaged woman of colour from Africa – but the Pill then masked my PCOS for the next 17 years.”

When her period hadn’t returned six months after stopping the contraception, Emelia’s GP referred her to a fertility specialist, despite this being considered relatively early intervention. (Typically, women aged up to 35 are advised to keep trying to conceive naturally for at least 12 months before assuming there’s an issue.) The PCOS diagnosis followed soon after, as did oral medication, then a trip to the IVF clinic. “They collected 29 of my eggs for IVF, and nine of those fertilised, which we were happy with, but I was really sick with ovarian hyperstimulation syndrome.” The joy of falling pregnant after her first embryo transfer and seeing her baby’s heartbeat at a six-week check-up turned to heartbreak when it was no longer present at the Week 10 ultrasound. Making an unbearable situation worse, pandemic restrictions meant her also grieving husband couldn’t be with her in hospital during the most difficult procedures. “He wasn’t allowed to come to my egg collection, my transfer, my D&C, my anything because of Covid, which added a whole extra layer of stress. Imagine going into the same hospital ward people are being wheeled out of with babies, but you’re going in to remove one, and your husband can’t come to support you.”

“ I had so many women message me telling me about their fertility journeys and struggles, which made me think it’s wild we’re not all speaking about it more. ”

Still, love and support were certainly there from family and strangers alike. Because she’d turned off comments on her hospital Instagram post, countless followers contacted her instead via direct message. “I had so many women message me telling me about their fertility journeys and struggles, which made me think it’s wild we’re not all speaking about it more. Everyone was coming from a place of such sincerity and kindness. It took me two days to respond to them all.”

While Emelia knows she can’t turn back time, there are certainly things she’d tell her twenty-something self if she could. “I’m frustrated at myself and at the lack of education I got back in the day. I think that fertility education should be taught in schools, from pre-pubescent onwards.

All we’re taught when we’re younger, especially if you go to a private Catholic school like I did, is that having sex means you get pregnant, so you shouldn’t have sex. Reproductive health is still such a taboo topic.
“I wish I’d started having conversations with a doctor around things like my egg quality, egg numbers, hormonal issues back when I was in my twenties. I would have saved a lot of time, money and maybe even tragedy. If I’d had earlier knowledge of my PCOS, I could have made some informed decisions much earlier.”

Her message to other young women is simple: whatever your stage in life, whatever your age, it can’t hurt to have a conversation with your doctor if you think there’s even the remotest chance you might want babies down the track. “No one is saying you have to freeze your eggs or anything like that, but don’t be like me and think your plan will just fall into place. Knowledge is power and it can also save you time.”