“I think I underestimated this whole mommy thing” – Cardi B 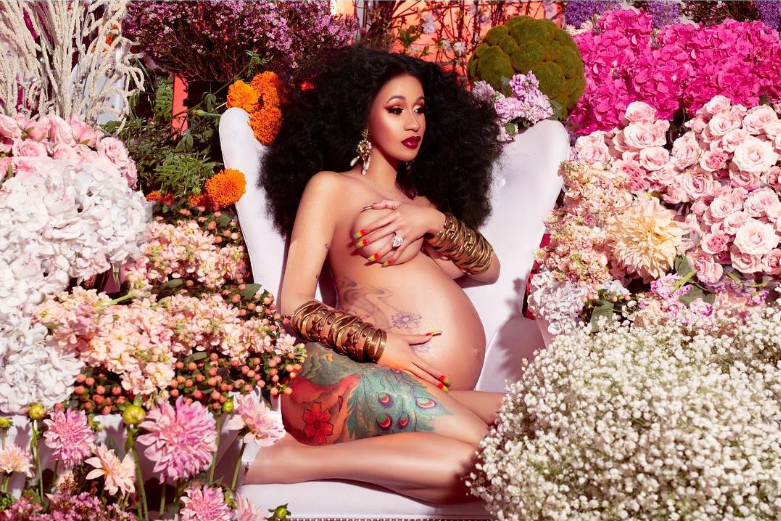 American rapper and new mother, Cardi B, has pulled out of her upcoming tour with Bruno Mars, saying she thinks she "underestimated this whole mommy thing"…

American rapper Cardi B had big plans to tour with Bruno Mars this year. She was pregnant in the lead up to the tour, but that didn’t seem to faze her.

It wasn’t until she welcomed her baby girl, Kulture, into the world that she realised she may have bitten off more than she could chew.

“I thought that after giving birth to my daughter that 6 weeks would be enough time for me to recover mentally and physically,” she wrote on a recent Instagram post.

“I also thought that I’d be able to bring her with me on tour, but I think I underestimated this whole mommy thing.” 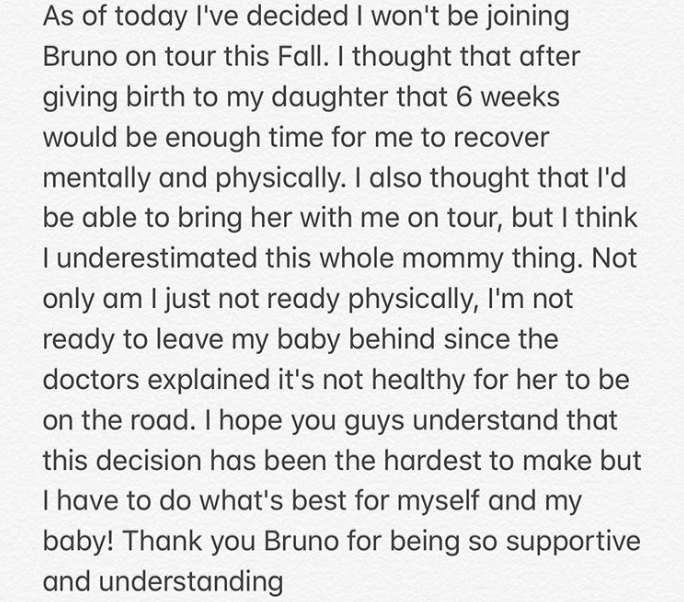 While aiming to tour with a newborn is an incredibly ambitious plan, she’s not the first (and certainly won’t be the last) mama to be blindsided by the reality of being a new parent.

The 33-year-old is a mother to seven-year-old Charlotte and two-year-old Noah.

“When I was pregnant [with Charlotte], not only did I tell my boss, ‘Just give me six weeks to get the baby into a routine and I’ll be back to do work,’ I also enrolled in my masters [degree] – planning to do that whilst I was on leave also!

“Needless to say neither of these things happened! Maternity leave was much harder than I expected and some days just getting up, showered, dressed and out of the house was an achievement!”

Karen also gets it.

She was 33 when she fell pregnant with her daughter Macy. She’d also just started setting up her first business.

Karen “allowed” herself three weeks of maternity leave after Macy’s birth, and then assumed she could just go back to work.

“Boy was I wrong! I suppose like a lot of mums I had underestimated just how tough those first few weeks and months are both physically and emotionally so I found myself feeling like a bad mum – and a bad businesswoman.”

When Macy was 9-months-old, Karen left the business, handing it over to her business partner at the time.

“Instead, I took a part-time job which could pay the bills, Macy went to nursery on those days and I got back some much-needed self-confidence both in myself as a mum and as a business person.”

If you’re nodding along to these stories, you’re not alone.

I know when I was pregnant with my first baby, I also had some lofty ideas about what I would do with all the ’spare’ time I’d have on my hands as a new mum. Let’s just say I may, or may not, have thought having a baby would be the perfect time to learn Spanish… (yes, you may chuckle now).

It was such a shock to my system to discover how labour-intensive it is to look after a baby. I also had no idea how deeply sleep deprivation would affect me.

And while I’d heard about the love you feel for your baby, I was blown out of the water by its intensity. Just holding my baby and looking at her gorgeous little face was enough to keep me busy – and satisfied – for hours.

As for having the time (or energy) to learn Spanish? Needless to say, it wasn’t going to happen, amigo.

When you’re pregnant, there are so many things to look forward to and daydream about, and it’s kind of easy to make sweeping plans about what you’ll do when your baby comes. But the reality of having a baby is often worlds away from those dreams.

Which is what Cardi B just discovered. She has now pulled out of her tour and, in doing so, has reminded us all that it’s so easy to underestimate what it’s like to be a mother – until you actually become one.