“If Your Partner Isn’t Hands On, He Shouldn’t Have Hands” – Jenny Mollen

And she’s just taken to Instagram to talk about what it’s like having a ‘hands-on’ partner. But no, the post wasn’t all gushy and love-filled, espousing her man with kudos for being involved in his children’s lives. Rather, she decided to tell it like it is. “People often ask me if I feel lucky that @biggsjason is such an involved dad and the answer is, no. I expect him to be a good father! That’s why I had kids with him.” “Nobody would ever say to a man, ‘wow, you are so lucky your wife feeds and bathes your children’.” Can I get an amen? The truth is, the double standards about mums and dads are so ridiculous. Whenever a father goes away for work, a mother is often meant to just keep the old family ship sailing. But if a mum spends time away from her family, it seems like help comes swarming in, ensuring that the ‘poor dad’ isn’t left to sort out his stuff AND parent all on his own. Heaven forbid. The same applies for even short bursts of time when dads look after their kids, notes Jenny. “For women, it’s expected to love and protect and show up for soccer practice. “For men, an hour or two alone with the kids on a weekend somehow warrants a trophy. (Or at least a World’s Greatest Dad mug) “This double standard is antiquated and insulting.” 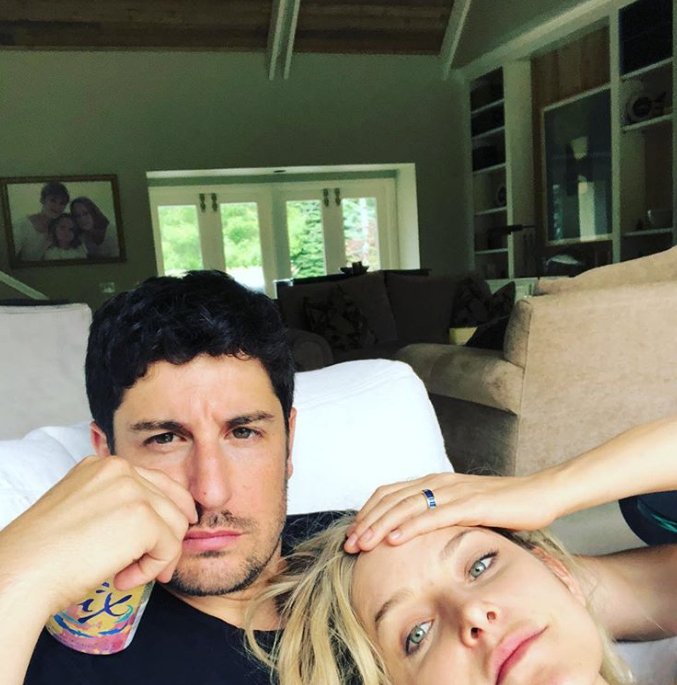 My husband commonly laughs at this truth. You see, he is a hands-on dad. He will often gather up our three kidlings, pop them in the car, and take them with him to the supermarket on the weekend. I don’t have to ask him to do this; he just does. And when he’s out and about with three kids, you’d think he was some kind of hero, for all the adulation poured on him. “Wow – how do you do it??!” people exclaim, mouths agape, as though he’d just rescued those children single-handedly from a burning building. Yet when I go to the supermarket with the kids, the only comments I seem to collect run along the lines of, “You sure have your hands full.” (Smirk included). I’m not the only one who’s sitting here applauding Jenny for speaking her mind. Her post has garnered thousands of likes and hordes of comments backing her up. As one commenter said, “So on point!! I make sure my husband never lets compliments like this go to his head by reminding him he’s just doing what he’s supposed to do and not to compare himself to the lazy douches of the past. Why do people feel the need to coddle men??” While I feel no need to ‘coddle’ my husband for being a hands-on parent, I do let him know how much I appreciate his parenting. Because he’s a great father, and in being a great father, he lets me be a better mother. After all, mama is far happier when she gets a moment to just sit and have a coffee once in a while. But in our house, the pendulum swings both ways, with my husband often thanking me for all I do. Because we both believe that parenting – when there are two parents on the scene – should be a shared responsibility. “I tell people this all of the time! We’re partners. We chose to have children together & we will raise them together,” said one of the commenters about Jenny’s post. While Jenny raises lots of nod-worthy points in her post, her ending really lays her true feelings bare… “If your partner isn’t hands-on, he shouldn’t have hands.” Words: Evelyn Lewin