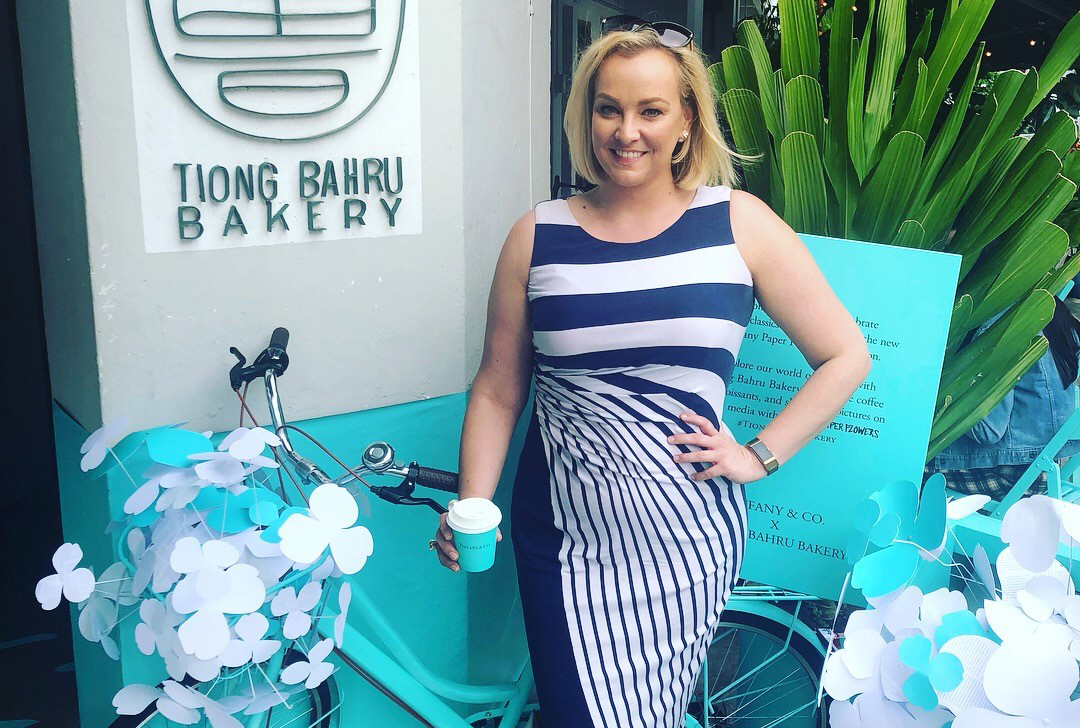 “I froze my eggs when I was 34, and now I am approaching 40. I don’t think my 34-year-old self would have thought I would still be single and childless… I choose to believe in the universe and what will be, will be,” says Juliette Saly...

As a Singapore-based business and economics journalist, Saly started exploring egg freezing long before it was part of the everyday vernacular. “It was one of the most empowering things I’ve ever done,” says Saly, who searched for the right doctor for years.

We spoke to Juliette about her experience with egg freezing and why it has been the best decision for herself and her future. After being told repeatedly that “you still have time,” and “it’s better to have a child with Mr Maybe Not Quite Right,” (yes, really) Saly chose to follow her instincts and has never looked back. “I have lived in Hong Kong and Singapore and have been kicking goals professionally and in other areas of my life that don’t revolve around being a mum.” All the while, knowing that she has an insurance policy in the freezer.

Growing up, did you always know that one day you’d want children?

I think it’s just so inherently part of society, at least it was when I was growing up in the 80s and 90s that you get married and have children, so yes I guess I always thought it was in my future – and to an extent I still do, although I’m less worried about the married part or the fairytale of happily ever after that we were all sold as children!

When you reached your thirties, you were in your own words “highly stressed and anxious about the future” – what made you most anxious and what were the biggest issues for you during this time?

When I was 31, I had breakfast with some school friends, many of whom were married or engaged and one girl told me about the “egg-timer” test – or AMH test. She was/is a career girl and even though she was married and knew she wanted kids with her husband, she wanted more time. So she encouraged me to take the test and find out where I sat. I did, forgot about it then came home after a fabulous European vacation to the results – which were not good for my age and showed I had low ovarian reserve. It freaked me out as I didn’t know a lot about fertility but I knew I wanted children at some stage. So I started researching and seeing fertility doctors, and talking to them about exploring my options – which included egg freezing.

It made me sit up and take notice, albeit not immediately. It was only after I came out of a serious relationship at age 34, that I thought seriously about egg freezing. But it had always been on my mind and as I say, I had already met with a couple of fertility doctors in the past. Why a couple? Well then, no-one I knew was talking about egg freezing, let alone doing it, and I almost feel like I had to talk the doctors into it. So I kept interviewing them if you like, until I found one I gelled with and one who took my desire to freeze my eggs seriously. I think it’s so much more common now, although I have equally had friends who’ve been talked out of it by fertility doctors, who’ve told them things like “you still have time” or “you’re better off having a child with Mr Maybe Not Quite Right.” I’m not sure those comments are helpful – so my advice would be to find the doctor and clinic who understands your path and wants to help you.

Can you take us through your actual experience of egg freezing?

I think I was excited more than anything else, because as I say it had been a few years in the making. And it made me feel in control and powerful. There are so many things we can’t control – the ageing process, meeting the right partner – but I could control and do something about this. I went with Genea and one of their Fertility Specialists, who’s in my story I documented for Channel 9’s Today Show.  In terms of the process, I found it fascinating. The needles didn’t really hurt me and the retrieval was straight-forward. I was also lucky I didn’t experience any side effects or bruising.

What was the most challenging part of egg freezing?

I think just getting my mental state to that stage. Once I had decided, it was a really simple process – thousands of women are doing this every day, whether for egg freezing or the full IVF process. The clinics know what they’re doing and make every aspect as smooth as it can be. The nurses and doctors involved are all very kind and supportive.

Were your friends and family supportive of your decision to freeze your eggs?

Absolutely, and in fact many friends have since done the same after I shared my story.

Some doctors want fertility included in secondary education – what are your thoughts on this?

I think it’s a brilliant idea. We were always taught so much about how not to get pregnant, I had very little knowledge of my fertility until I started researching myself in my 30s. For example, I literally did not know we are born with all the eggs we are going to have – and that’s it, once they’re gone or old and no longer work as well, there’s no other alternatives. I think it would be much more helpful to teach women everything about their bodies rather than scaremonger them about unwanted teen pregnancies.

Visit www.geneahorizon.com.au to make a booking or learn more about Genea Horizon.

Juliette paid for all of her treatment in full and has not received any payment from Genea or Genea Horizon.

The optimum age to freeze your eggs is in your mid to late 20s – what are the odds for a woman in her mid-thirties? What were you told when you went through the process?

I think I was told something like there’s a 50 percent chance that the eggs I have will be able to be thawed and then successfully made into embryos that make a viable pregnancy. I thought at the time and still do, that that’s like throwing a number at a dartboard because the science in all this is improving by the day. And that even if it IS just a 50% chance, that’s still better than zero.

Medicare doesn’t currently offer rebates – what are your thoughts on this? Do women need more support around fertility?

It’s a double-edged sword. I understand why it’s not included under Medicare but equally it would be good if it was more accessible to those who may not be able to afford it. All I can say is – when I had LASIK eye surgery done, I received no rebates as it was considered “cosmetic surgery” and now there are rebates. So maybe things will change. And yes of course there needs to be more support around fertility – particularly around education and for those who have fertility issues and who suffer the loss of a baby.

What do you want more women to know about egg freezing?

That it’s really not as scary as it sounds- and that for me, it was one of the most empowering things I have ever done.

12. What’s your plan/goals for the future?

I froze my eggs when I was 34, and now I am approaching 40. I don’t think my 34-year-old self would have thought I would still be single and childless, but it still just hasn’t happened for me and in that time I have lived in Hong Kong and Singapore, and been kicking goals professionally and in other areas of my life that don’t revolve necessarily around being a mum. So for now – I choose to believe in the universe and what will be, will be – knowing that I still have a bit of an insurance policy in the freezer.