A few weeks ago, I was at a children's pool party. There were kids everywhere and a few large inflatables in the pool. My three-year-old threw a tantrum over not wanting to wear her flotation device...

Public meltdowns are never enjoyable, so I gave in and figured she’d be fine – I was watching her and there were also plenty of adults around. But as every mother knows, it’s easy to get distracted and lose focus. A few minutes later, another mum asked me a question. Suddenly, I stopped focusing on my daughter and turned my attention to the conversation I was having with this mum. Just like that. I forgot to keep watch. I heard my daughter crying. I turned around to see her in the deep end of the pool hanging onto the side. After she calmed down, she told me she’d gone under water. I don’t know how she pulled herself up. It was so hectic in the pool, she could have got stuck under an inflatable and I honestly wouldn’t have noticed for a couple of minutes. I’d stopped watching her. Luckily, nothing serious happened but it was a wake-up call: things happen quickly, even when you think you’re on guard. The afternoon shook me and it should, because water safety is a serious issue. Drowning is Australia’s silent killer and more common than many of us are probably aware of. A NSW study of child drowning deaths in home swimming pools over the last 15 years showed that 461 children under the age of five died due to drowning in Australia*, an average of 31 per year. Of these, half were in home pools and spas. In all cases, active adult supervision had either lapsed or was entirely absent. In 62% of cases, the child gained access to the pool area through a faulty fence or gate, or a gate which had been deliberately propped open, allowing the child to enter the pool area unaccompanied. Almost half (46%) of toddler drowning deaths in home pools occurred in summer, and one fifth (21%) occurred on a Sunday. What’s more, for every toddler drowning death approximately ten children are admitted to hospital as a result of non-fatal drowning. Although they survive, many suffer lifelong consequences. Australian parents Michael and Jo-Ann Morris sadly lost their two-year-old son Samuel in 2014, after he slipped through a broken pool fence panel while his mother was doing the washing. Jo-Ann found her son in the pool and gave him CPR with the support of neighbours and emergency services. He survived the tragic accident but sustained a severe brain injury, requiring long-term medical care. After a brave eight-year battle, he passed away. It’s stories like this one that make you rethink how you approach water safely. They certainly remind me that while it’s easy to become complacent, it’s simply not an option to not keep watch. 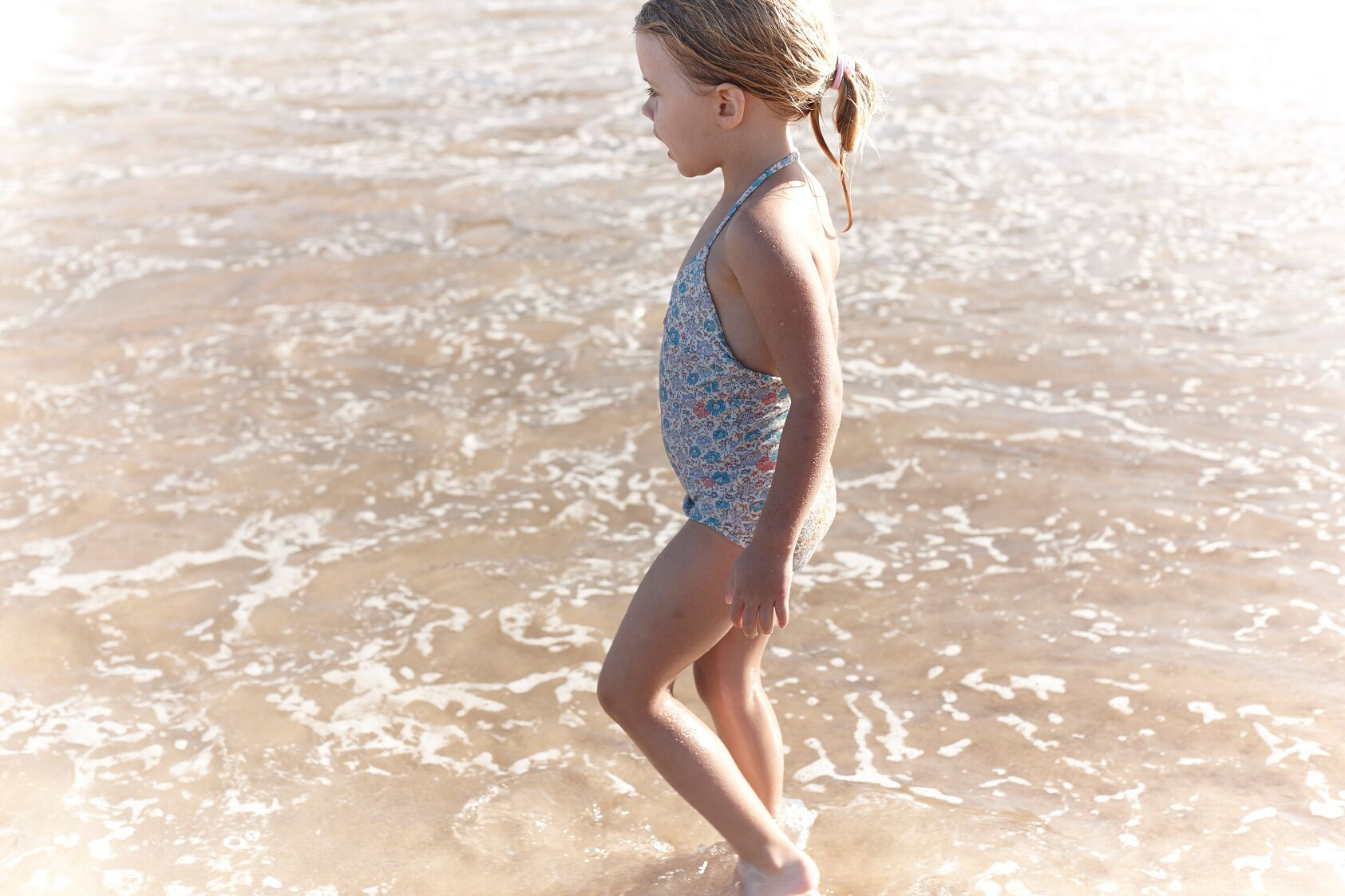 Royal Lifesaving Australia has launched a Keep Watch campaign this year to raise awareness of water safety. “Australians are comfortable around water. Many have grown up swimming in the backyard pool, going to the beach, playing with the garden sprinkler, or paddling down the river. This familiarity means that parents can, let their guard down, even if just for a moment, complacency can lead to disaster,” says Royal Life Saving Society’s CEO Justin Scarr. It’s exactly what happened to me at the recent pool party: I let my guard down for a couple of minutes and despite there being so many adults there, no one saw my daughter go under. The Royal Lifesaving’s Keep Watch program aims to prevent drowning deaths of children under the age of five. They want to teach parents and carers the following messages: constant adult supervision, restrict access to water, teach children water safety, learn how to resuscitate, and above all, always keep watch. The last one is key: always keep watch. They’re even offering resources and educational programs including First Aid training and swim safety lessons.

So here’s how to swim safely this summer:

Always make sure you have everything ready when going swimming – towels, goggles, dry clothes, drinking water.

Always be within arm’s reach of your child/children.

All of Your Attention

Focus all of your attention on your child/children and watch, talk and play with them when they are in the water. Never leave your child alone in the water, nor should they be left in the care of an older child.

*Between 1 July 2002 and 30 June 2017 Click on the VIDEO above. In association with Royal Lifesaving. Visit www.keepwatch.com.au for more information and resources. Photography: Julie Adams