I’m “kind but not nice” – Kelechi Okafor on Racism, Motherhood, and Why She Won’t Stay In Her Lane

“Society teaches us that we must fall into categories somehow”, Kelechi Okafor muses. “This is perhaps my biggest challenge… I’ve learned that it is confusing for some people to grasp my many creative outlets because we have been socialised, as women, that we have a family and one job for decades and then retire.”

It’s a challenge she hasn’t shied away from – not surprising, given that ‘shy’ isn’t a word that comes to mind when describing the multi-faceted and outspoken Okafor. She’s a social activist, actor, and director. She’s also a writer, podcaster, and speaker (find her TedX talk here). She runs her own pole dance studio, Kelechnekoff Fitness in Peckham, and she’s a mother of one. Categories? She’s not interested in fitting into any.

Okafor makes no apologies for refusing to stay in her lane, and with her myriad of talents, why should she? But although she is frank and direct in calling out institutionalised racism – she has written about her own shocking experiences of the medical system failing Black women – she’s also deft with using humour to bring injustice to light. Her Instagram page is home to ‘Sally in HR’, a character Okafor created to personify the many racial slights and microaggressions Black people experience in predominantly white workplaces. Her sketches are biting and insightful, highlighting the ways stereotyping and gaslighting appear in conversations around everything from natural hair to food and language. “I think comedy, when used right, is a great catalyst for change”, she explains. “Sally helps Black viewers to understand that they’re not alone”.

It’s a mission she’s taking on in many spaces, including motherhood. “In the mainstream mummy community I don’t see myself reflected as it seems rather white and middle class”, she says.

Something tells us that that, finally, is set to change.

We chat to Okafor about why she doesn’t need to be ‘nice’, how society views mothers, and what’s ahead for her…

You describe yourself as "kind but not nice". Can you tell us how you perceive the distinction between the two, and why it's important for you to make it?

The etymological history of the word ‘nice’ is actually someone who is stupid. Kindness is a recognition of the divinity in everyone, as well as oneself, and honouring it. Niceness on the other hand is often weaponised primarily against women, and is a socialisation into performing acquiescence in order to appease patriarchy. 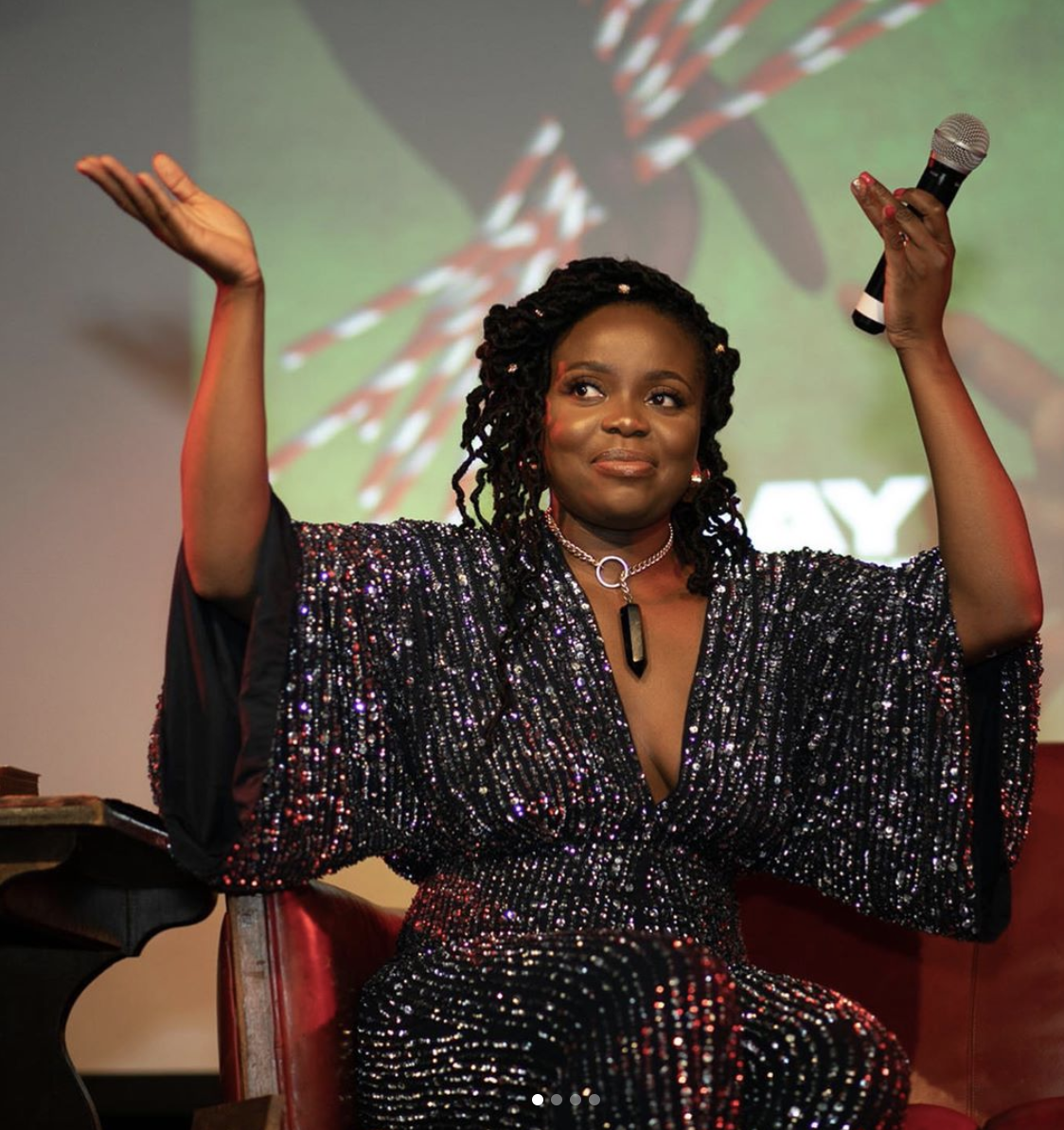 You've spoken openly about your experiences both in miscarriage and in labour, and how you were repeatedly dismissed and disempowered by healthcare workers. Black women in the UK are five times more likely to die during childbirth in comparison to white women. Why do you think this is?

There are many contributing factors to these disappointing statistics, but the main thing is systemic and institutional racism. Medical professionals learn from textbooks that have racialised inaccuracies about Black people. Black women’s bodies have been tested on for centuries by doctors and scientists. These behaviours don’t just dissipate, they evolve into the system we have in place today. Black people are wrongly believed to feel less pain, and thus when they share their pain, medical professionals have been known to ignore this and routinely refuse Black patients pain medication.

You've created the character 'Sally in HR' to typify some of the many micro-aggressions and casual racism Black people experience in the workplace. Do you think presenting these scenarios through comedy helps people to see them in a different light?

I think comedy, when used right, is a great catalyst for change. Sally helps Black viewers to understand that they’re not alone because for me to have created  the storyline, that means at least another person, other than them, has had a similar experience. I think this gives people the opportunity to speak out.

“ I am learning so much about how society views mothers, which is rather shocking in that we become desexualised and pressured into a position of martyrdom that I don’t actually think benefits us. ”

You work in many contexts - from writing to podcasting to speaking, and you run your own pole dance studio. Do you ever feel pressured to fit into a box, or that as a woman, people want you to be either/or?

This is perhaps my biggest challenge. To me, my ability to cover so many genres with my work comes naturally. I’ve learned that it is confusing for some people to grasp my many creative outlets because we have been socialised, as women, that we have a family and one job for decades and then retire. 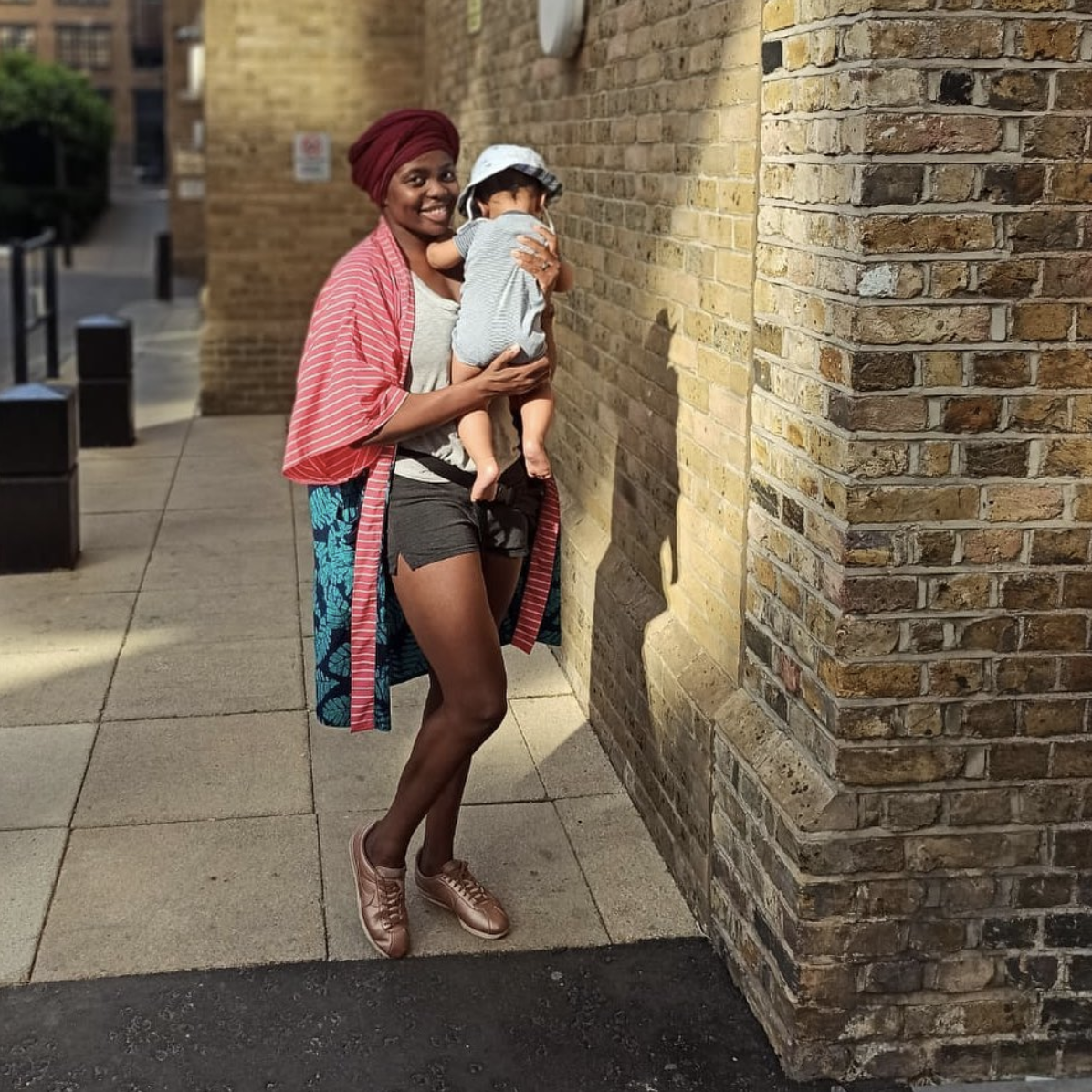 As a new mother, do you see yourself reflected in the 'mummy' communities online?

In the mainstream mummy community I don’t see myself reflected as it seems rather white and middle class. I’m enjoying that mothers from marginalised groups are creating their own platforms, and slowly getting recognition.

A lot of your work is in the online space and you're very clear about your boundaries - as you say, 'you're a guest here'. Is this something you've had to learn from experience?

This is something I’m still learning and reasserting. I didn’t set boundaries for most of my life, which led me to feeling depressed, anxious and resentful. Asserting my boundaries in the last couple of years has been life changing.

Motherhood so far has been great. I am learning so much about how society views mothers, which is rather shocking in that we become desexualised and pressured into a position of martyrdom that I don’t actually think benefits us. My joys are daily in watching my son learn more about the world around him. This feels like a great honour. 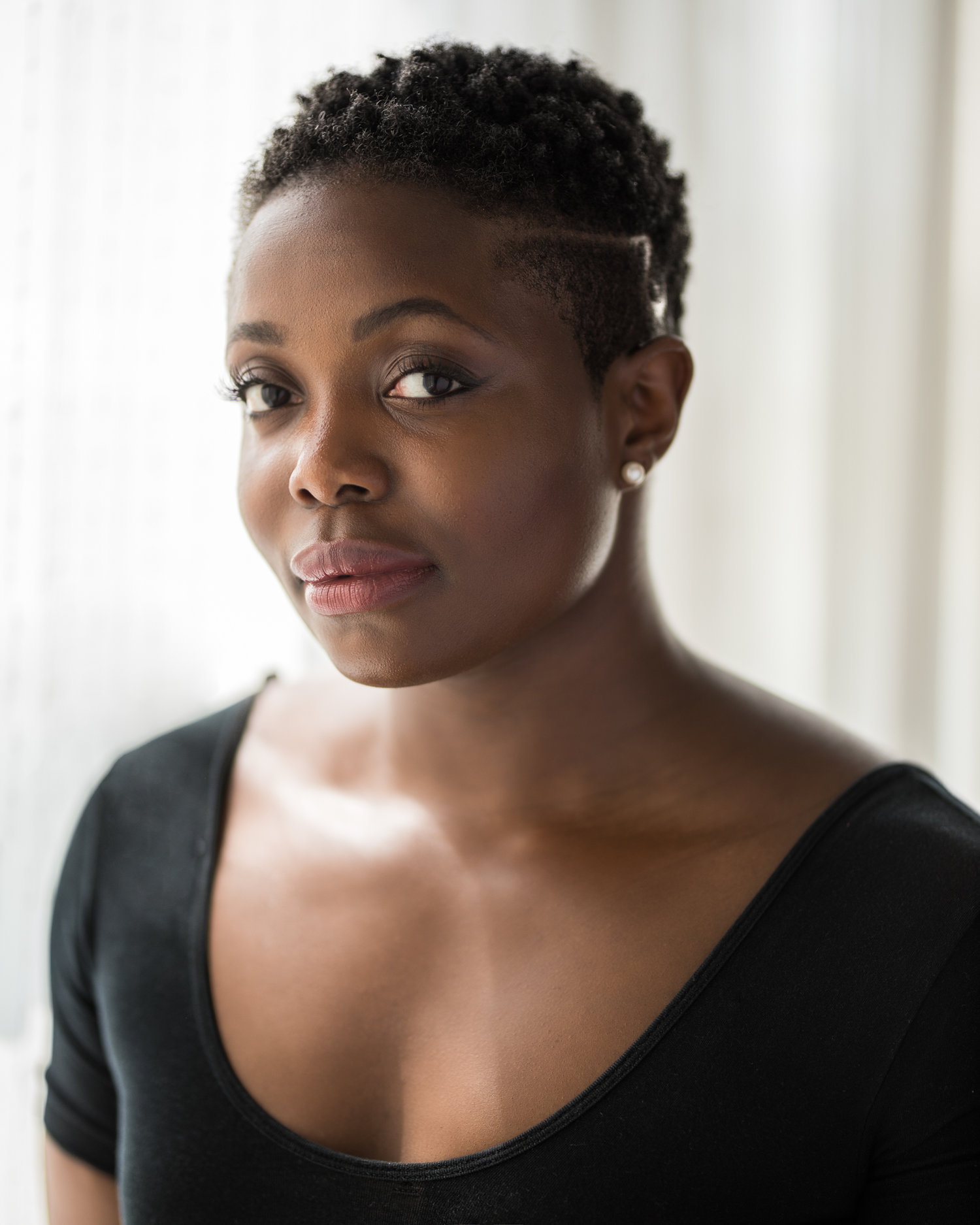 You're opening an orphanage in Nigeria. Was it important to you to take back some of the 'white saviour' narrative that is so often seen in this space?

I’m realising that orphanage may not be the best way to describe the space being opened, but rather a home for children, that they can grow up in and be supported if they have no living relatives to care for them. Orphanages have become synonymous with white saviours and thus an industry in and of itself, that doesn’t actually benefit the children within it. The space I am opening will have a day centre where mothers can learn skills, which enhance their self-actualisation, and makes it less likely that they will be unable to look after their children.

What's next for you?

I don’t know what is next for me because I’ve realised that when I plan things, they limit the opportunities I would otherwise be open to. I’m very much working at staying present and enjoying this very moment for what it is. I ultimately want to look at all the things I’ve been a part of and know that they have made a positive and lasting impact in the world.