What Life is Like in Lockdown For Kim Tucci, a Mum of Eight (including Four-year-old Quins) 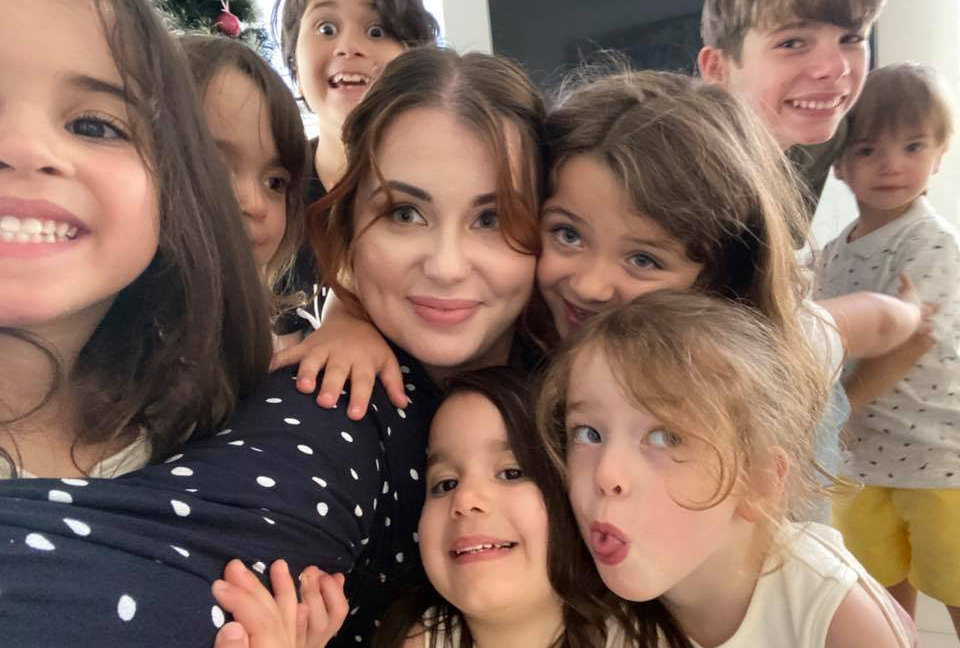 Three weeks before the government recommended people stay home because of the pandemic, Kim choose to do just that. She knew being cooped up with her brood wouldn’t be easy, but says the decision to isolate was a cinch. “Let’s face it, it’s every mother’s nightmare to have one sick child let alone eight,” she says. “I was more worried about my kids contracting [coronavirus] than I was about being stuck in quarantine with eight kids.”

While Kim had a feeling staying home would be tough, she could never have imagined how challenging it would be. “It has been a difficult ride,” she admits. “It’s like all day, everyday I have five four-year-olds scream ‘mum’ at me. I counted how many times I heard it a few weeks ago and it was 500 times throughout one day that I was asked a question or needed for something!”

To try to maintain her sanity, Kim says she’s been looking after herself as “best” she can. She does that by trying to carve out 15-minute blocks during the day to herself, so she can have a shower in peace, or eat a meal while it’s still hot. With constant demands and hardly any time to herself, it’s understandable why Kim has struggled during this time. “Most days I didn’t even know what day it was and, in the beginning, I thought I was losing a total grasp on reality,” she says.

“If I’m completely honest we all lived in pj’s and every day blurred into the next.” During that time she tried to homeschool her older three children but decided it was too difficult for the quins. “I just didn’t have enough hands and patience,” she explains.

Instead, Kim said the four-year-olds enjoyed their afternoons playing in the sun in the garden, colouring, and “just being kids really”. While that may sound idyllic, Kim’s quick to note that wasn’t always the case. “There was a lot of bickering between the five of them,” she says. Her older children weren’t immune from such squabbling, with Kim noting Aiva and Indi spent “a solid six weeks fighting over petty reasons”.

Despite all the “major fights and arguments”, Kim said there was an upside as she watched her children bond. “They have grown their relationship as siblings,” she says. While staying home has been hard, Kim says the most challenging part was staying away from grandparents. She’s also had to weather other challenges, such as the judgement she’s received when out grocery shopping for her large family. “It was almost like I needed to wear a sign around my neck stating that I had eight kids and not too judge how much food I was buying,” she laments. That was “tough”, she says.

Perhaps the greatest challenge, however, has been the breakdown of her marriage. Kim took to Instagram on May 13 to announce her split from husband Vaughn. “The last couple of months have been one of the most difficult times I have ever endured,” she told her almost 68,000 followers. “Vaughn and I have decided that unfortunately we don’t have a future together and won’t be going forward as a couple but rather a team for our gorgeous children.” Vaughn is no longer living with Kim, but they are co-parenting their children.

Despite all these challenges, Kim remains incredibly upbeat, choosing to focus on the silver linings of life in lockdown. “This whole experience has taught me how much more I appreciate my family and friends,” she says. “Isolation has been lonely at times and I have vowed to never take any of my loved ones for granted.”

Kim Tucci is the author of ‘I’ve had 8 babies and if there’s one thing I’ve learned…’ and an ambassador for Nexba Live, sugar-free Australian-made drinks. 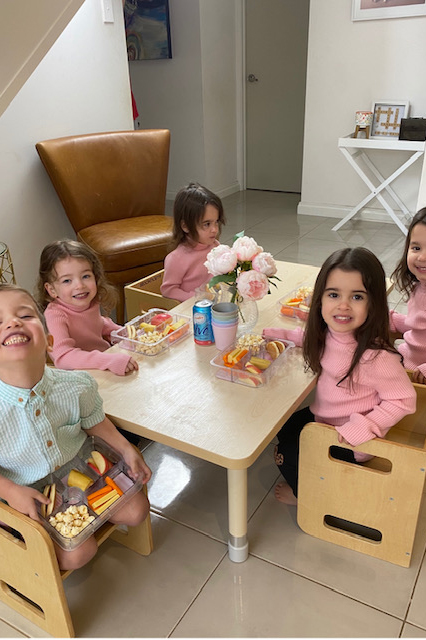 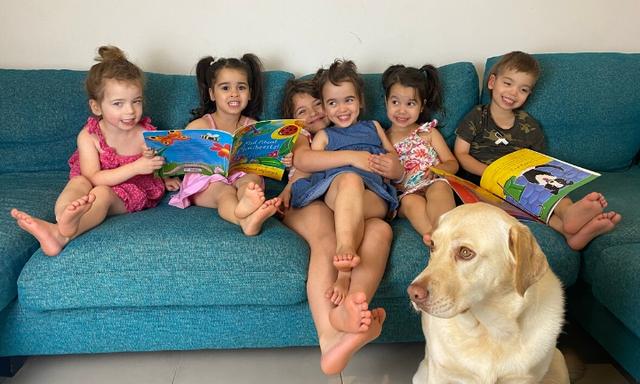