The Tale of Kirrily Johnston

Sometimes, life throws you rather dramatically in a new direction. For Sydney-based fashion designer Kirrily Johnston, it was last July when her daughter Tuesday was five-months-old that her other baby, her 12-year-old namesake fashion label, closed down. It was a very bittersweet time for me, she reflects. Indeed, on the one hand, she had a beautiful baby girl. On the other hand my first baby was dying right before my eyes. It was truly the most difficult time in my life, she says of the experience of entering voluntary administration. Tuesday came to work with me every day in the sling, she was an angel. With or without her, the fate of the business was inevitable. I actually felt like she saved me in a way. I grieved the business like a death, but you have no choice other than to be entirely present when you are taking care of a baby, so I couldnt allow myself to wallow in it. And I couldnt go home and drown my sorrows either, which I am sure I would have done if she wasnt around. 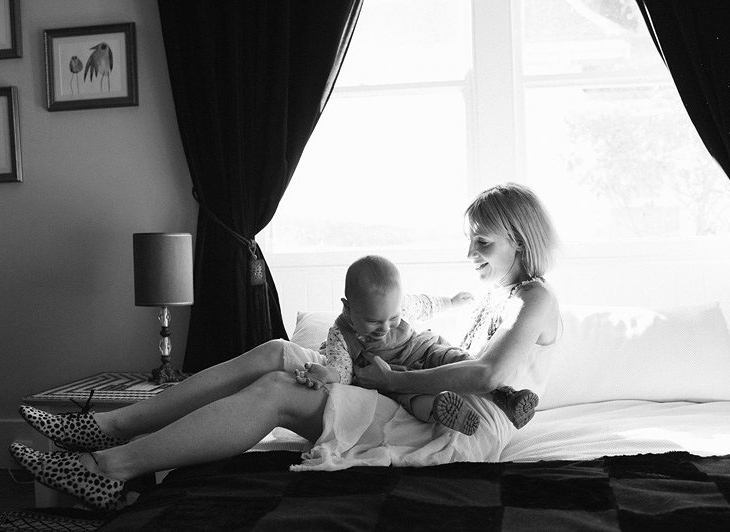 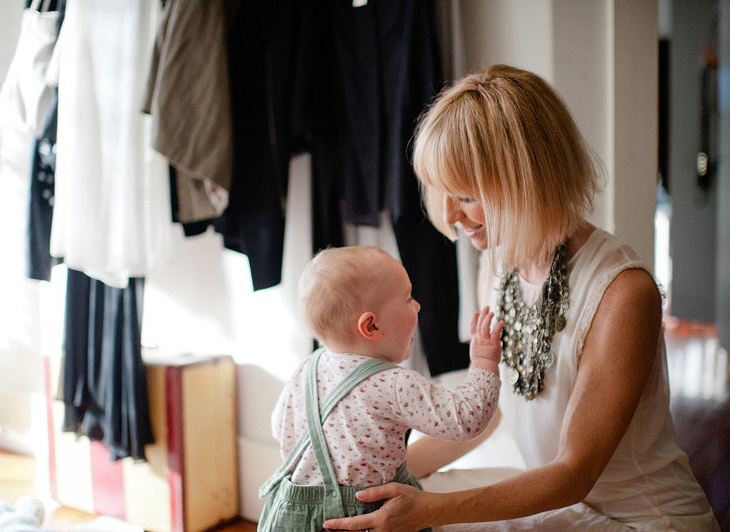 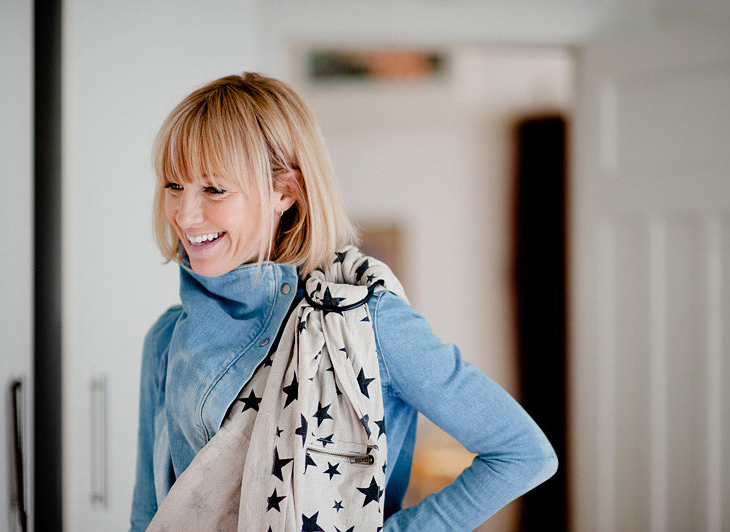 Motherhood not only helped Johnston navigate an extremely difficult time, it gave her fresh perspective on life. It has taught me to love unconditionally and the true meaning of commitment. I always knew it would be an amazing experience but I am still in awe of how profound it is. You truly do reap the rewards of your labour. Its a physical, mental and spiritual experience like no other. You are pushed to extremes. But the reward at the end of it is incredible.

Having spent many years working in the demanding fashion industry, it was also a time to finally slow down. I was offered two very interesting and exciting opportunities, she says of the initial months following her label closure. They were both very different and also both massive jobs. I was excited in the beginning, but then I realised that I would never have this time with Tuesday ever again. So I decided to stop and smell the roses. It was a hard decision, but I havent looked back.

She might have slowed down, but she certainly hasn’t stopped. Johnstons daughter, now 18 months old, inspired her latest creative endeavor, the launch of Wandersling, a chic line of tribal-style baby slings. I was pretty much into anything tribal and nomadic, so I when I got pregnant I was totally excited about wearing my baby. I spent many nights online searching for the beautiful baby sling that I had imagined. Something stylish that would work with my outfits! Everything I came across either looked like a backpack or was way too hippie for me. So eventually I made my own. I had so many comments everywhere I went that I realised there was a serious gap in the market. 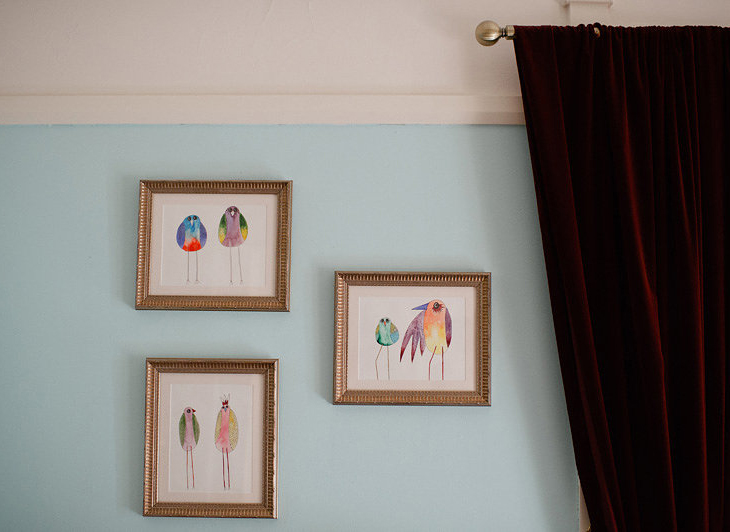 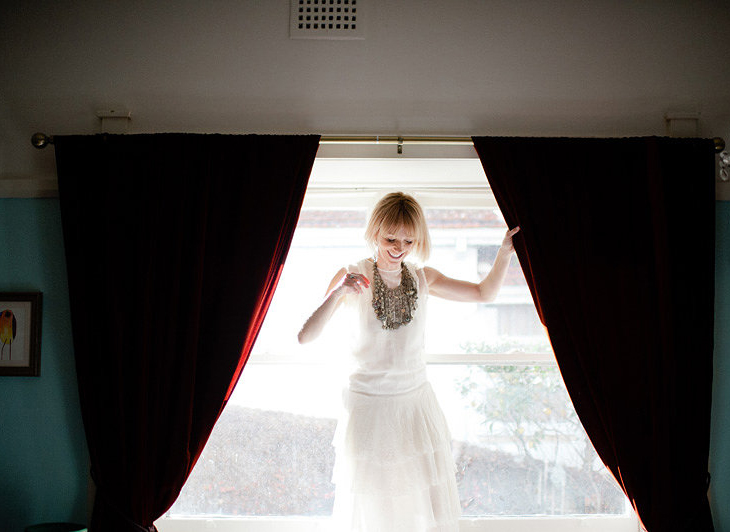 Johnston decided to modernise the traditional ring sling in a range of colours such as rust orange and khaki green. There are three styles in the Wandersling range all of which come complete with pockets that are perfect for carrying the essentials such as credit cards, lip balm or nappies. The linen Wandersling Essential is chic and classic and comes in comes in black, white and orange. The linen Wandersling Boho is trimmed with tassled fringing, while the cotton ‘Wandersling Utility’ which comes in khaki and has a military-inspired feel. I have created on trend prints, patchworks, some boho fringing, and an army style for the boys (to name a few). Ive added zip pockets that fit everything from a nappy to your lip balm. The shoulder is padded so its super comfortable and Ive also designed a key tassle called The Wander-ring which clips onto the rings of your sling, so you can basically walk out the door with your Wandersling and your baby and thats all you need, says Johnston.

Fashion industry friends such as the founder of EVH PR Emma Van Haandel are already fans of the range. “I started using the Wandersling when our little boy Woody was 10 weeks old,” says Van Haandel. “I love how easy it is to use and straight away Woody loved napping in the Wandersling. With a company to run and six year old, Wandersling is so handy for multi tasking. The tail of the Wandersling is brilliant for a bit of privacy when feeding. My husband Joel also loves it. We have the Essential in black and its perfect for both of us.

If you’ve ever carried your baby in a sling or carrier, you’ll know it’s one of the easiest ways to settle them. Tuesday loves being carried. Shes happy in the sling. Its like youre carrying them but you have an extra set of arms, so your baby feels secure and connected. It is a very calming experience for most babies. It also allows me to get things done,” says Johnston. It also comes in handy if you’ve got a sick child. Whenever Tuesday has been unwell, I dont know what I would have done without a sling. All babies want when they are sick is to be held and it can literally be impossible to get anything done and also very stressful having a baby that cries every time you put them down, so its a total godsend in these moments.” 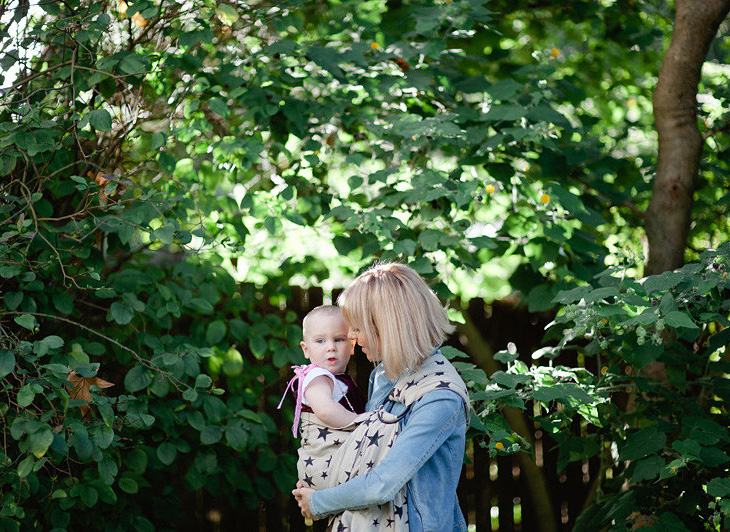 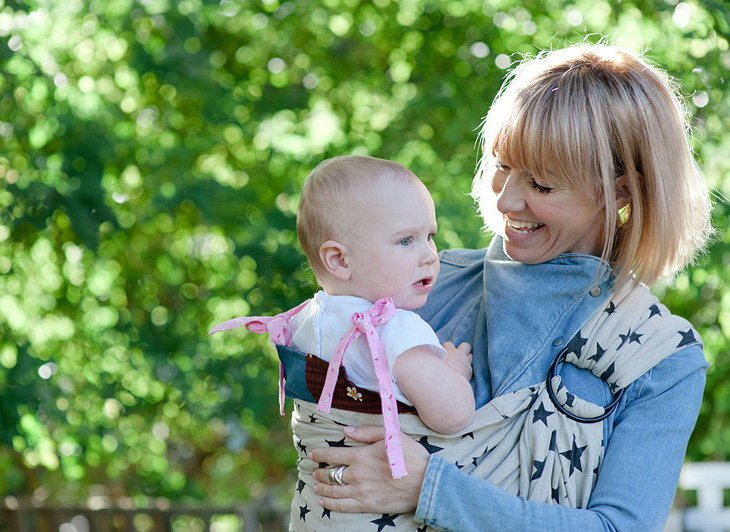 Not surprisingly, Johnston’s approach to work/life balance has also changed significantly since becoming a mother. Tuesday has forced me to live the elusive work life balance. I simply cant work 80-hour weeks anymore. There is something healthy about that, she says. Amazingly, she’s also a better sleeper now shes a mother. No one is going to believe me when I say this but I actually think I sleep better now than I did before. My whole life I had been a very restless sleeper. On top of that I was running an incredibly stressful business that was very hard to switch off from. I actually think that my business put me in training to cope with having a baby. Tuesday slept in my bed (which I highly recommend) so I wasnt having to get up so much in the middle of the night, I would just prop myself up and feed her and then wed doze back to sleep. I was very fortunate she seemed to understand night from day pretty early on and after a feed she would usually just fall back to sleep. I also think that all of those breastfeeding hormones were so relaxing. My sleep was obviously very broken but it was also very deep compared to before.

These days, drifting from mother to working woman is a lot easier than when she was running her eponymous label round the clock. In 12 years the longest holiday I ever took was two weeks. I worked so incredibly hard that when I stopped I was definitely in a bit of shock for a while. I spent a couple of months just trying to get my bearings. When I finally relaxed into it a bit, my days were so full just taking care of Tuesday that I didnt really have time to miss things.” She’s also far more efficient than she used to be. Efficiency reaches new heights when youre a working mum. Im also a single parent and my family are in Melbourne so I just have to put my head down and go for it,” she says. “I have Tuesday in day care three days a week. So I have three full days to work and then I usually work for a few hours at night when I put her to bed most nights depending on what I have to do. You just cant have those endless chats on the phone with your girlfriends anymore!

As for the next chapter in Johnston’s life? She couldn’t be happier with the launch of Wandersling and also has some other projects in the works. “I have also just recently opened the door to some future collaborative opportunities so I may not have stepped that far away [from the fashion industry] after all. And it certainly doesnt feel like a year already. Watch this space. 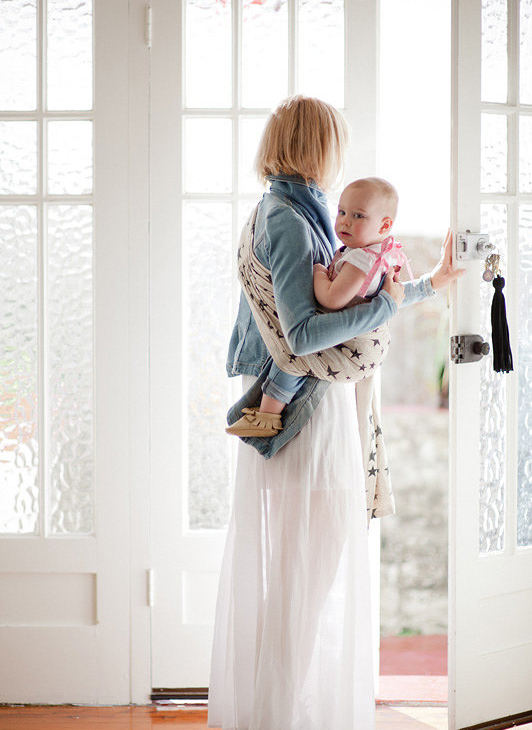 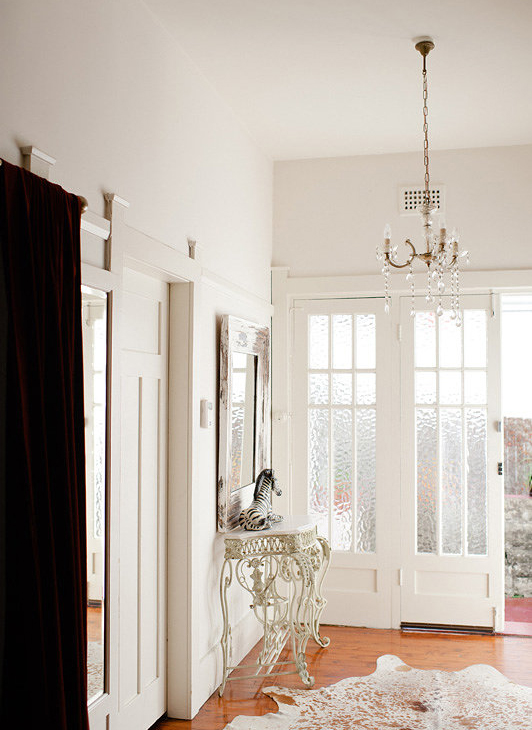 Kirrilys little list of loves:
Iggle Piggle.
My guitar.
Music in general.
Drawing and painting, especially with my girl.
The beach.
Rose Bay fig trees.
Having Tuesday in my bed in the mornings.
My Mum.
Getting to a yoga class.
A glass of shiraz at the end of the day.