Meet The Women Behind Mush – The Friendliest App For Mums 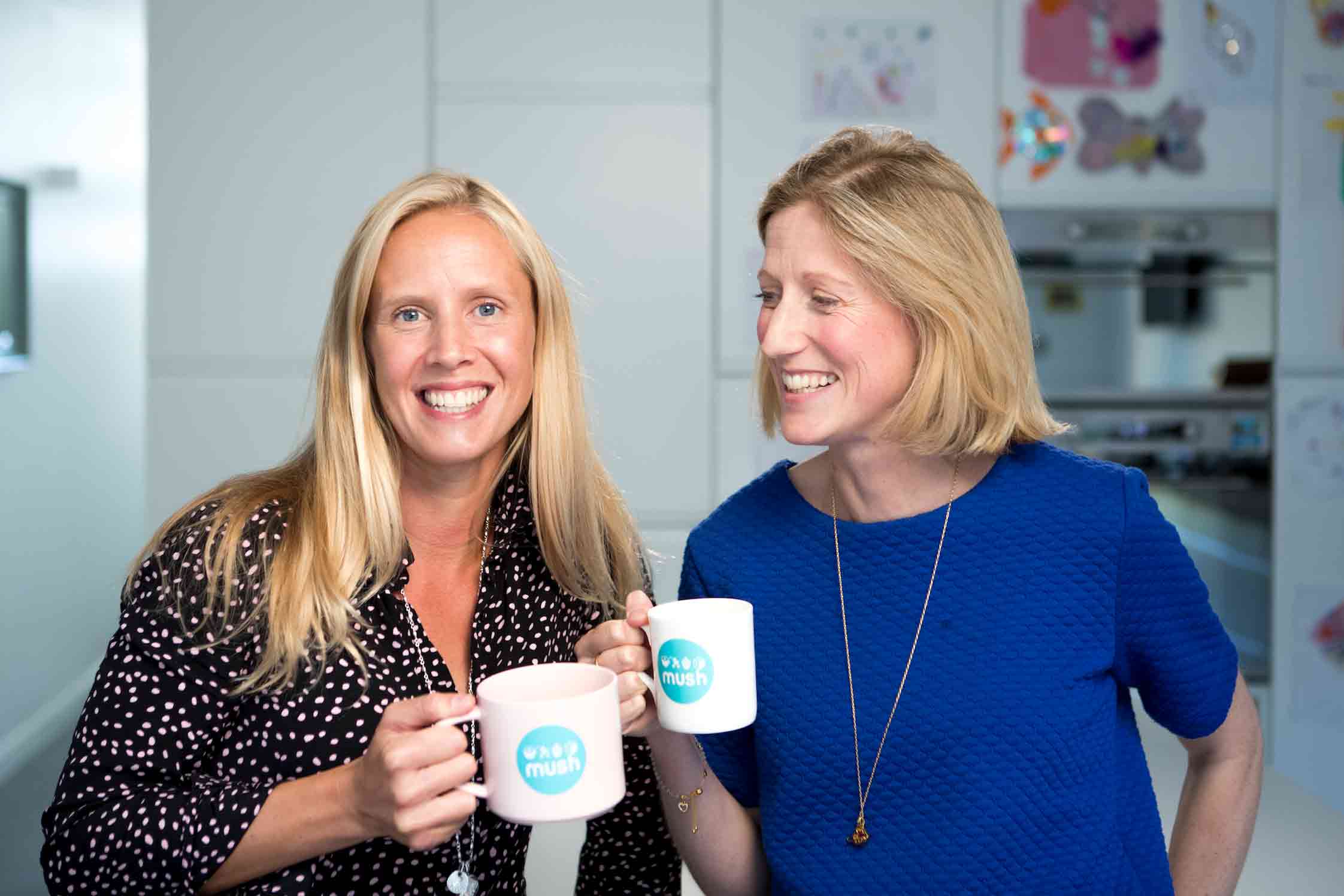 Those early days of motherhood can be incredibly isolating, especially if you don’t have a support network around you...

Luckily, these days, thanks to technology making new friends is far easier than it used to be. Enter Mush, “the friendliest app for mums”, which was created back in 2016 by British mums Sarah Hesz and Katie Massie-Taylor. Inspired by dating apps such as Tinder, the duo spent a year creating an app that would help mums to chat and meet up with other like-minded mums who have kids of the same age. The app would also allow users to get advice from parenting experts and fellow mums on the topics keeping them awake at night and join chat groups based on everything from their due date to their love of reality TV.

Here, we talk to Katie Massie-Taylor about her business journey from those early days of setting up, to working with The Duchess of Cambridge Catherine Middleton to why mental health is such a key focus for these passionate founders. 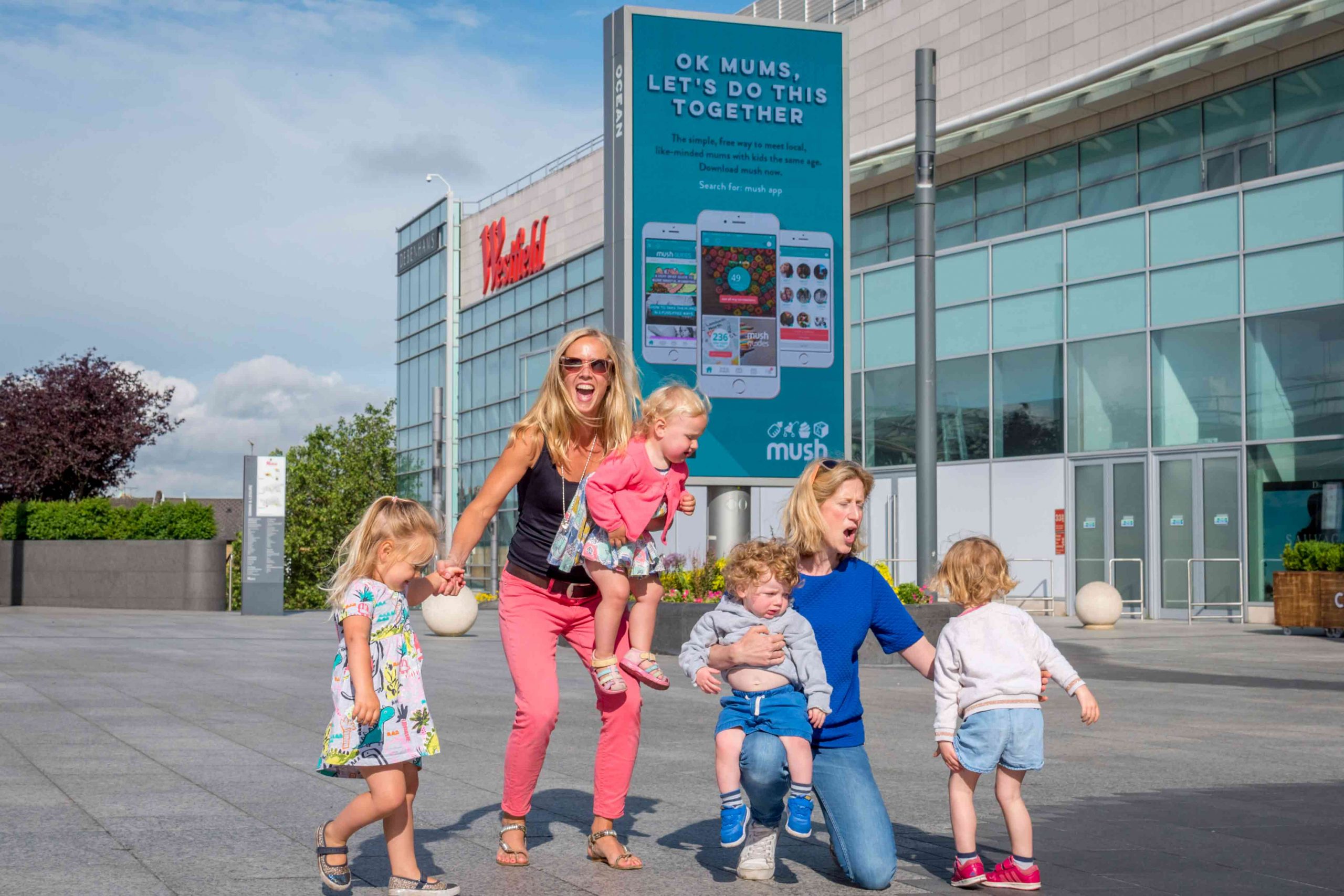 In April of 2016, Mush was born. Getting an app off the ground can’t have been a simple process - where did you begin, what were the challenges, and what did you learn from the launch?

Back in 2014 when the idea spawned out of a spontaneous meeting of two sleep deprived mothers in a South London playground, the tech world was vastly different- dating apps were a fairly new thing and the people who could build apps were mostly located in the US.

What felt more insurmountable was Sarah and my lack of experience in tech, our limited time around two tiny children and a lack of gazillions of pounds to make it happen. However step by step we got a few angel investors to see the vision of a world in which new mothers never felt lonely, and we drafted in a team of freelancers to bridge the gaps in knowledge we had.

By 2016 we had an MVP (emphasis on the M) ready to send out to the world, and we hit go, swiftly to have an influx of users from a part of the world where mums aren’t allowed to use the internet. That was our first lesson from the launch; we quickly reined in the access to the app to include only the UK and Australia! As we continued to put out fires from our well-intentioned, but ultimately buggy, app, we noticed this extraordinary thing emerging from the ashes. Mums were getting behind this and spreading it for us. It turns out it was quite a good idea!

What did you learn from the process of seed funding? And what lessons did you take into your next round of revenue raising?

We met with 120 investors to secure 25 backers in that first round, and while they call it the friends and family round, there were actually only 2 friends and 1 semi-family. But we learnt a lot from those meetings. We learnt that at a pre-product stage the only thing investors can back is you (and the idea, but less so!) so Sarah and my story of meeting, as well as our good manners and formidable wit (ha), was what got us the seed funding.

Tech changes quickly - how has the app evolved since you launched?

We were unlucky with timing – a birth of technical innovation became available just after we launched and we built the app again from scratch, and then again. I remember thinking the app would be built and that would be that; instead we have had a team of 6 developers working month in, month out for over four years. In terms of what the app does, it started as a simple way to browse and message local mums and it has involved into a social network for pregnant women and new mothers, where the online conversation is just as important as (though perhaps a tad less magical than) the offline friendships.

What’s the most exciting part of what you do?

The most exciting thing about what we do is hearing from mums who met their best friends on the app. Bridesmaids, girl bands, businesses, birth partners – there is hardly any iterations of friendships that haven’t taken place through the app. And the glow you get from an email like that lasts days, if not weeks.

And what’s the most stressful?

The most stressful thing about this business (though any, of course) is wondering whether you are making the right decisions. You are rooted to your day-to-day through a set of values and a mission which keeps you on the straight and narrow. But it is the external factors that you can’t control that throw you off course. The economic climate, the pandemic, new technologies, the fundraising landscape. Trying to navigate all of this is mainly instinct, but the worry is you will get it wrong.

I love that this business came from our time with tiny kids. They make you put it all in perspective, and make you want to try new things, for their sake and for the sake of your work/life balance. But it’s pretty hectic!

My most practical tip is to pick up the phone more. If you have an hour of naptime to get stuff done and don’t want to send another email out into the ether and wonder if it will get a reply, pick up the phone instead. Most people are so shocked you are calling them in real life that they will give you what you want!

Childcare is very stressful, particularly ad hoc as you go round pitching, so if there is someone you can call who you trust, that takes a big pressure (guilt?!) off.

Ultimately, give something a go. You will never know until you try!