Miscarriage, IVF, and a Thai Surrogacy Scandal – How Despina Meris Fought Every Conceivable Way to Become a Mother

Any parent who has lost sight of their child at the supermarket knows the panic that sets in. Now, imagine losing your child in a foreign country. Only, they’re not even born yet – they’re in utero with your surrogate, who has disappeared from the face of the earth.

This is the nightmare that unfurled for Despina Meris and her husband, after a string of devastating experiences including miscarriages, failed IVF rounds, and a surrogacy search that took them all over the world.

You may recall the 2014 Thai surrogacy scandal over ‘baby Gammy’. An Australian couple returned home from Thailand with one of their two twins, born via surrogate, leaving the twin with Down Syndrome in Thailand with his surrogate mother. Overnight, the Thai government cracked down on international surrogacy, outlawing it, and leaving Despina and her husband with no means to contact their terrified surrogate who had gone into hiding, fearing persecution.

It was a very dark time in a very dark story. “The absolute worst crossed our minds”, Despina tells us. “That we might never see her again, that she might be arrested, that our child would be put up for adoption, or that she might terminate the pregnancy. We lived in terror and felt physically ill at the thought of any of those outcomes.”

Thankfully, it didn’t come to that. Despina has gone on to tell her remarkable story in her new book, Every Conceivable Way. Her story starts at the very beginning of her fertility journey, from hopeful beginnings, to the eventual realisation that surrogacy might be their best option. “It felt like this foreign concept that was really far-fetched”, she explains”, more what celebrities do than your average person.”

But far-fetched though it might have been, the reality was even stranger than she had imagined. “It was surreal and surprisingly difficult to conceptualise that my baby was growing halfway around the world, in someone else’s womb. I found myself eating well, exercising, meditating, as if I were carrying the baby. I couldn’t shake the idea that if I did all the right things, I was helping our baby.”

Whether it was the exercise, meditation, or sheer power of determination, we’ll never know. But this remarkable story, thankfully, has a happy ending.

Every Conceivable Way by Despina Meris is available here

Where did you grow up and what was your childhood like?

I was born and raised in Astoria, New York. While my childhood wasn’t idyllic in the traditional sense – it was a tough area and we witnessed a lot of trouble at a young age – I felt a real connection with my neighbours and everyone I grew up with. We were exposed to a lot of hardship, but that’s what brought us together. I felt a strong sense of community. My mother was stoic and she was an incredible role model during tough times. She taught me that women are strong, independent and incredibly resilient.

You and your husband relocated from NY to Australia - what brought you here?

I actually met my husband while I was here on holidays! My sister introduced us (thanks, sis!), and it was a holiday romance that is still going. I always loved Melbourne and all that this city has to offer, but the romance sweetened the deal. So I packed my bags as soon as I could, and came to live here permanently.

Once you'd started trying for a baby, when did you start to worry that things were taking longer than expected?

Goodness, I felt like it was taking too long when it took me three months to fall pregnant for the first time. I really thought that things would come easily and effortlessly, I never entertained the idea that it wouldn’t. The first miscarriage shocked me, but it was the second one (which I had during my first round of IVF), when I realized that these miscarriages could be more than just bad luck and nature’s way.

How long did you wait before deciding to give IVF a try?

After the first miscarriage, I tried naturally for about a year. I enlisted a naturopath and an acupuncturist during this time, and even though they were highly recommended and experienced, I didn’t manage to fall pregnant. I tried meditation, yoga, naturopathic teas, eating alkaline foods. After one year, though, I had to bite the bullet and admit it was time to start IVF. 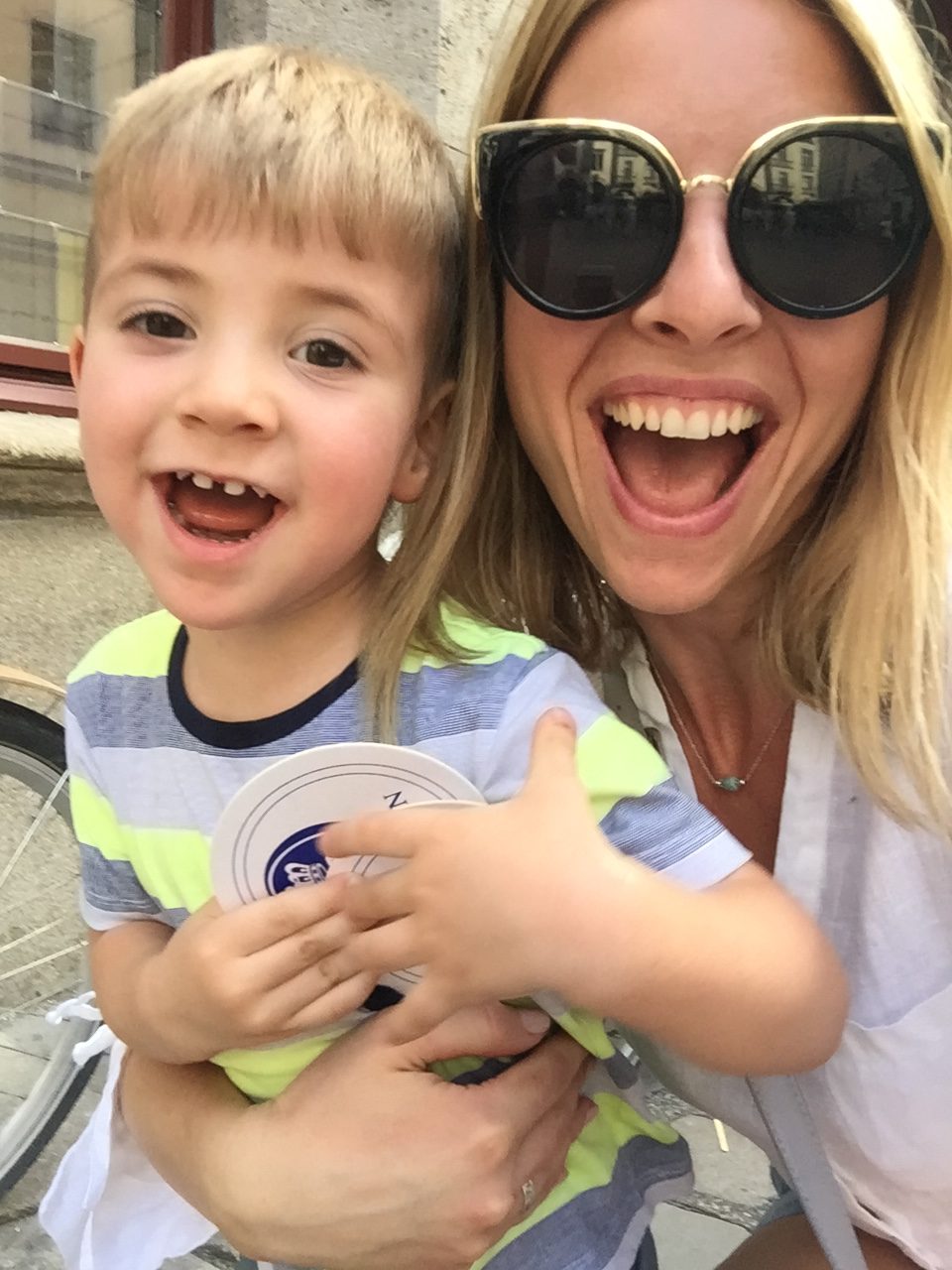 I initially approached it with a sense of dread, that this wasn’t the way that I wanted to have a baby. I wanted it to be natural and beautiful, but instead it was injections and schedules and blood tests. However, once I accepted that this was my road, I was quite pragmatic and loyal to the cause. I surprised myself at how accepting I became of the whole process – I started to approach it more positively, with a sense that I was lucky to even have IVF to help me.

You suffered from unexplained miscarriages which must have been devastating. Do you think not having an explanation made the whole process even harder?

I think infertility is devastating no matter how you experience it. But because ours was unexplained, we felt so optimistic each time we fell pregnant, and then after each loss, a sense of grief but with no closure. If we had a reason for each miscarriage, I might have felt like we were one step closer, that someday we could overcome it. But without knowing why, each miscarriage felt like we were experiencing such pain and grief, but no closer to a solution. It was all-consuming. 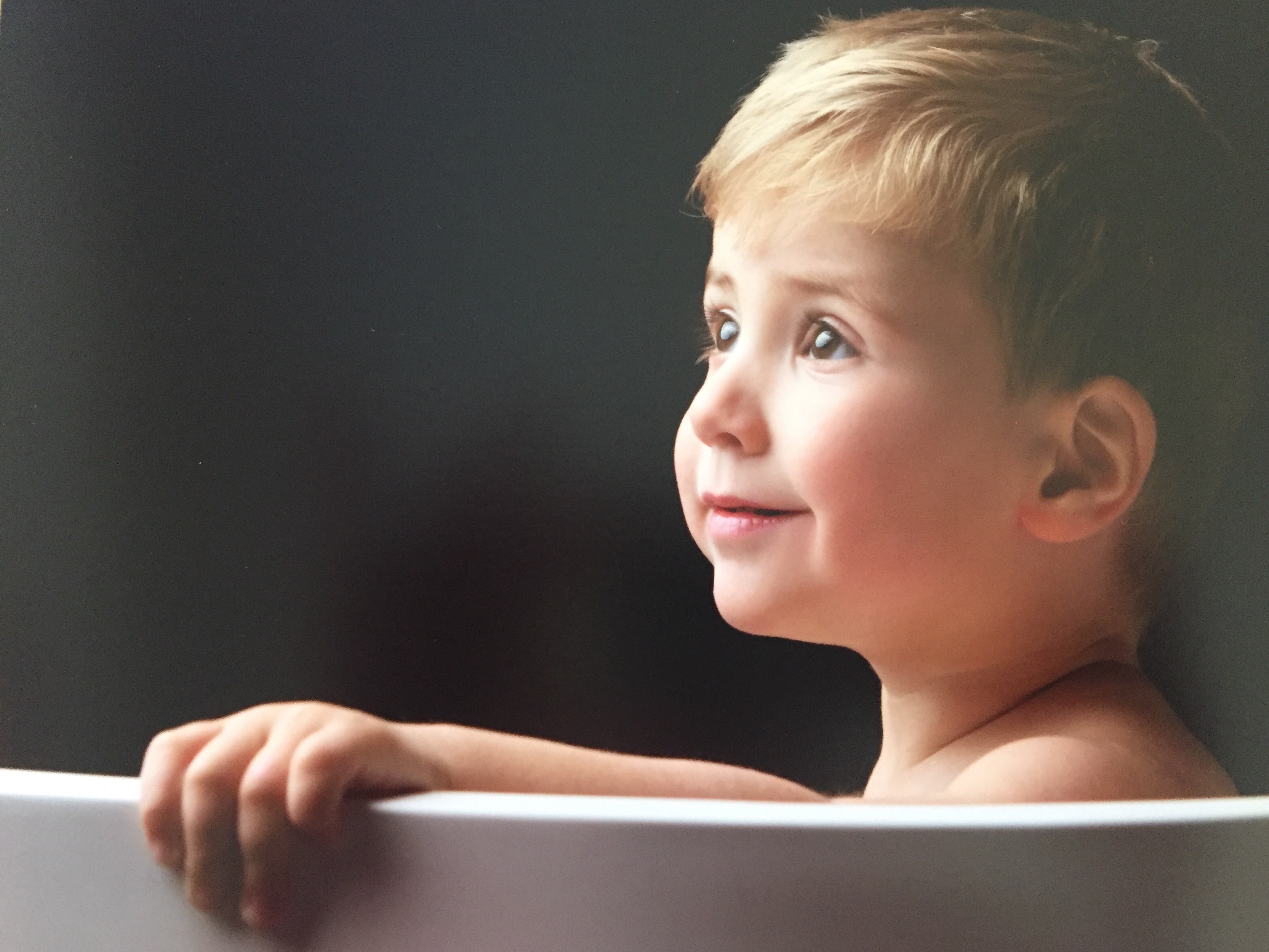 You eventually decided to try surrogacy. How did you both feel about the concept at first?

Admittedly, we thought it was really unusual. It felt like this foreign concept that was really far-fetched, more what celebrities do than your average person. But when I looked into it further, I discovered Facebook surrogacy groups from all over the world. They were full of people who had already pursued surrogacy, or had a pregnant surrogate, or were researching like me. It was a treasure trove of information and advice, and I started to realise how wonderful and miraculous surrogacy is, if it’s done using the right channels.

How did you go about trying to find a surrogate?

Each country is different legally, and also in how they approach surrogacy. So first we had to decide which country to proceed with, and when we did, the clinic presented us with multiple options for a surrogate. All of the surrogates that were presented were healthy and had already had their own children. It was a matter of selecting someone who we felt connected to.

Your surrogacy search took you all over the world. What were some of the challenges you faced?

We faced multiple challenges, but often it was a case of really bad luck or bad timing. We faced cultures that were very different to ours, miscommunication, conflicting advice between their doctors and Australian doctors – but this was all manageable. The major obstacles came in the form of legal changes after we had already started the process, civil unrest, and one of our surrogates miscarrying. It was an absolutely devastating period of our lives. 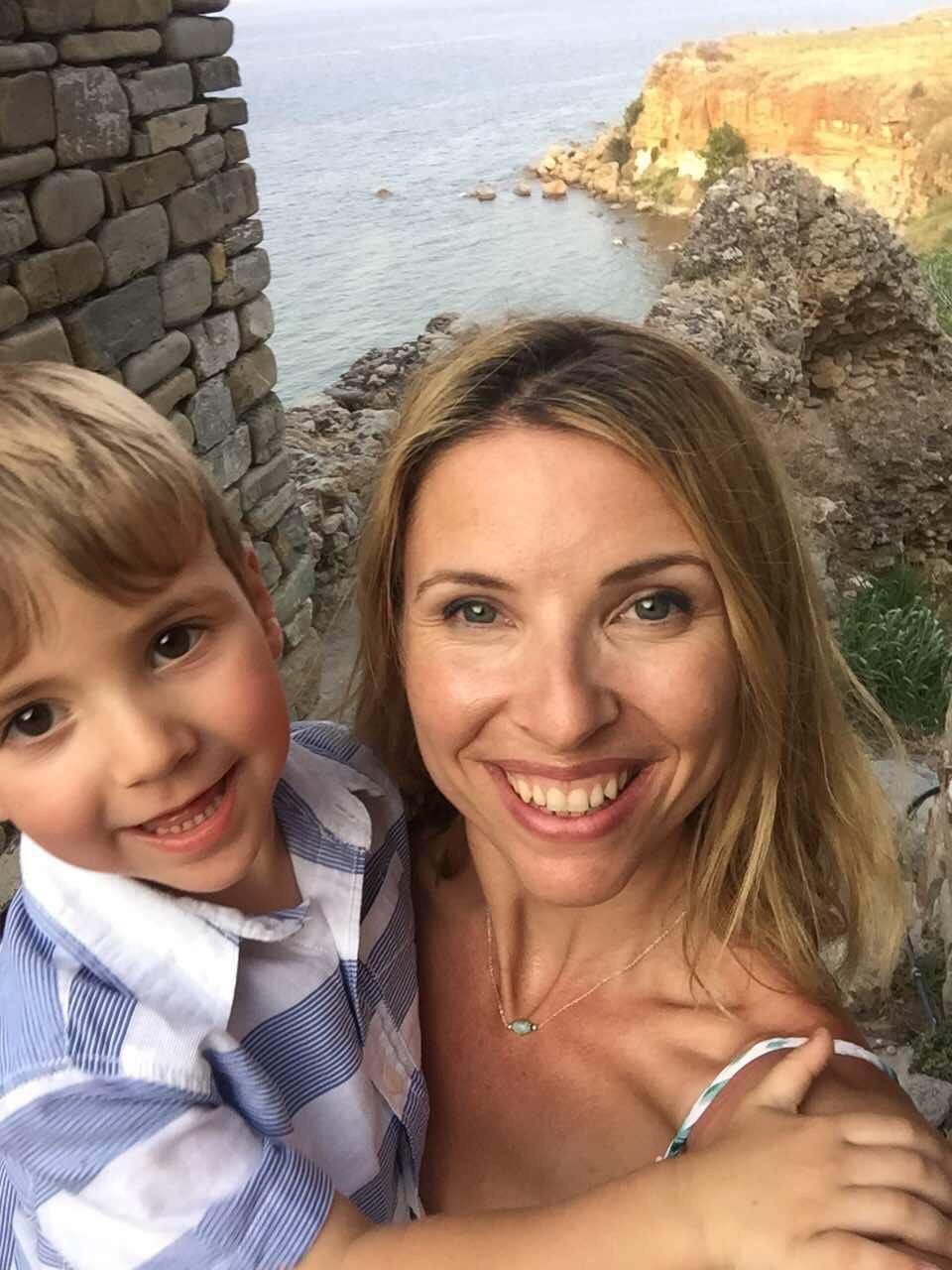 You found a surrogate in Thailand and she fell pregnant. What was that moment like?

It was this moment of wonder, awe, and joy, like the heavens had opened up – it was magical. It was surreal and surprisingly difficult to conceptualise that my baby was growing halfway around the world, in someone else’s womb. I found myself eating well, exercising, meditating, as if I were carrying the baby. I couldn’t shake the idea that if I did all the right things, I was helping our baby.

Tell us about the Thai government crackdown on surrogacy which you found yourselves caught up in.

Just two weeks after we found out she was pregnant, the Baby Gammy story hit the headlines. An Australian couple, who had pursued surrogacy in Thailand, had twins via a surrogate. However, they only took one twin home and allegedly left the other twin, who had Down Syndrome (Baby Gammy) with the surrogate. This initiated a media frenzy around the world, and the Thai military who were in charge at the time outlawed surrogacy for international couples overnight. We lost all contact with our doctor, our clinic and the surrogate – who all went into hiding for fear that they would be arrested or persecuted.

It must have been terrifying, being unable to contact your surrogate. Did you fear you would never see your baby?

The absolute worst crossed our minds – that we might never see her again, that she might be arrested, that our child would be put up for adoption, or that she might terminate the pregnancy. We lived in terror and felt physically ill at the thought of any of those outcomes.

How did you eventually resolve the situation?

We did everything we could – we were in contact with DFAT, we kept on top of any new announcements, we tried to track down the surrogate through social media and Thai locals. But the situation was resolved for us when weeks later, the military clarified that all currently pregnant surrogates would be looked after, that the doctors would not be jailed, and that these babies would be allowed to go home with their intended parents.

Bliss! We feel so very blessed to have this miracle child in our lives. Of course we have our difficult, exhausting, draining days like everyone else. But we fought so hard for our child and so nearly didn’t have him at all, that even five years down the track, we still thank our lucky stars every single day that we have him. I thought we would have calmed down by now, but we feel enormous gratitude because things could have easily gone the other way.

Would you do it all again?

Yes, absolutely yes! The road was challenging, and has definitely changed our outlook. Having a child has brought so much joy into our world. It’s ignited a spark within us that was so diminished during our struggles. It is the absolute best experience of my life.

Do you have any advice for couples experiencing infertility?

Everyone’s path is different. It’s important for you to drive your own journey. Do what’s right for you and your family, research until you know more than your doctor. Find an IVF doctor that is on your wavelength, not just one that you’re assigned to. Make sure your doctor treats you as a person, not as a number. Don’t take no for an answer. Listen to everyone’s advice, but only follow what feels right for you. Stay strong, it’s worth the fight.