Miscarriage – What I Know As A GP & A Mother 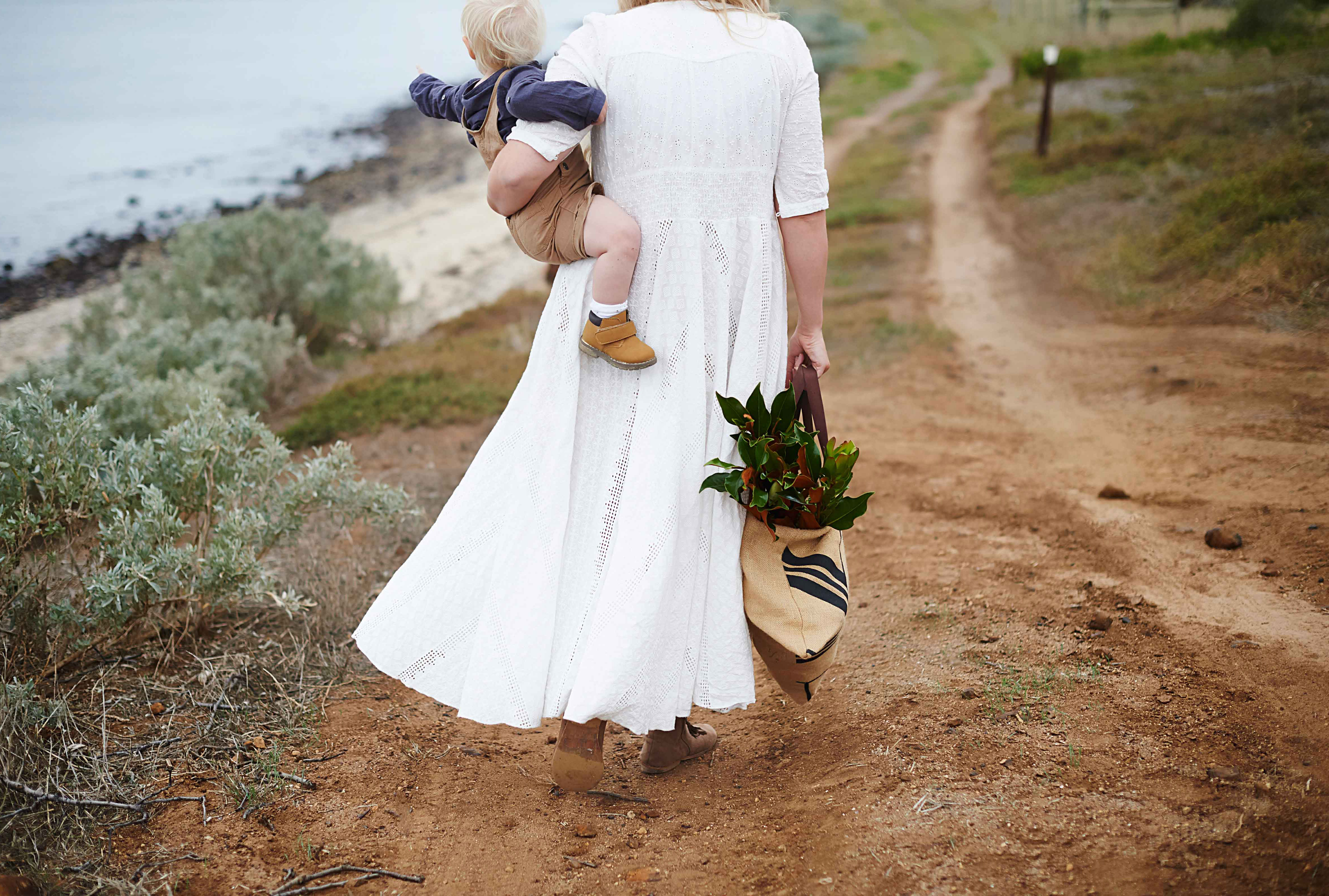 I’ve had patients describe their anger to me following a miscarriage. Having had a miscarriage prior to having our daughter I had never quite understood this emotion; sadness, grief, devastation I could identify with– nonetheless I’ve tried to be empathetic as a GP and listened/provided comfort but I couldn’t say I had lived this anger. Until now...

The concise version of a traumatic story – we recently got unexpectedly pregnant after stopping the pill to see the return of my underlying cycle. We were equally chuffed and nervous when we saw the positive test, but after seeing a normal heartbeat at six and eight weeks, the two overthinking, ruminating doctors in us settled, slightly. At 10 weeks, as I went to get a specialised scan given our recent exposure in a Zika virus country and the unexpected pregnancy (yes zika exposure can cause serious issues and both us and the obstetrician were taking it seriously) – the outcome was not as we had envisioned.

Let me walk you through the scan for a moment – if another couple/person reading this might gain some solace, then sharing all this will most definitely be worth it. I sat in the waiting room for my scan. Will was operating and unable to be there and so we had made the decision I would go alone. My mother had offered to come but I had brushed her off. She had meetings and “I would be fine” was my response. Something deep in me though suspected it wouldn’t be.

I’m an anxious person anyway but I have recently treated five women who have had miscarriages (I’ve been in what we call a bad patch of general practice where you get hit with a run of sad or upsetting cases). Most of the women had seen a scan with a heartbeat and later found out that the pregnancy had failed. No bleeding, no pain, no symptoms. I had helped treat, comfort and console my patients, but all the while I had sat there pregnant wondering how this pregnancy of mine would end – with a baby or like this? As a GP when you see things like this every day, it’s very hard to wonder why it wouldn’t happen to you. You start to wonder why would it be any different to the stories you were repeatedly seeing. My wondering had turned somewhat into obsessive thinking but all the doctors around me (friends, colleagues, my own husband) had reassured me. The sentiment was always the same; you’ve seen the heartbeat twice, what you see as a doctor skews your vision, we see sick people, but most people are not sick. I hoped they were right.

As the probe was inserted for the scan (at 10 weeks the scans are still transvaginal as they get a much better view of the foetus) and I knew within 30 seconds something wasn’t right...

I could see the foetus but the limb development just didn’t look right for 10 weeks – any GP reading this will ask how on earth I knew what limb development should look at this stage, but I live with a plastic surgeon who had to study embryology for his exam and so week by week he would excitedly tell me what development was happening in that week of pregnancy. My eyes scanned the screen desperately searching for a heartbeat. I saw the doctor flick the mode on the scanner to see blood flow and I could see it clearly before a word was said.

I heard my own voice as a whisper, “there’s no heartbeat is there?”. The response was somewhat relieved. I had picked it myself, it made their job easier. “That’s what I’ve been looking for, and no I can’t find one.” My brain did all the usual things – I wished desperately the outcome was different, I tried to bargain with the universe. Let’s start the day again, I’ll wear a different dress and earrings, perhaps that’s what changed the outcome? I so very desperately wanted to walk out after a normal scan.

I did the normal initial stage of grief – I started bargaining. And then I sobbed – and that continued for a good 72 hours. Unlike the first miscarriage we had, this time I required a suction curette to resolve the pregnancy. My body did not do it on its own. As I went into theatre leaving my husband at the doors (who despite being a surgeon and doing this kind of thing every day had tears in his eyes as I walked away), I thought of my patients for a moment. I thought of all the women I had sent over the years for the same procedure. I had made the referrals and seen them on the other side and now I was living it myself.

The things I’ll never forget: the anaesthetist’s hand on my head as I loudly sobbed and his words, “it’s going to be OK, let it out, today is a bad day”, the nurse firmly holding my other hand repeatedly stroking it and waking up, still sobbing.

What’s surprised me about this miscarriage is the anger I’ve felt...

I can finally understand what my patients have described. I was angry at the process – I had a BMI in the healthy range, I hadn’t touched a single drop of alcohol, I had swallowed those bloody folic acid and iodine supplements daily despite the excruciating nausea. I had HAD nausea, which is meant to be associated with a reduced risk of miscarriage. I had eaten my vegetables despite the aversions my body loudly shouted, I had kept exercising through fatigue. I had stopped seeing potentially contagious and sick patients with chickenpox and other risky diseases you want to avoid in pregnancy. I had done the right things. I had been grateful despite the unexpectedness and unplanned nature of the pregnancy and still, it wasn’t enough.

But doing what I do, I know that this is part of the journey of fertility/pregnancy/family planning. After a miscarriage the guilt (the “did I do something wrong?” question) can be heavy. I haven’t had it as much this time, but I did the first time. The “will I ever get pregnant again?” question replays in your mind repeatedly. Somehow in the days after a miscarriage, every single person you encounter on the street, in the petrol station is either pregnant or holding a newborn.

We all have a story when it comes to pregnancy/children. Some women choose not to have children and they cop a different sort of pressure -constantly being asked by nosy people “why?” as if something might be wrong with them. There are so many friends and patients I have who desperately want a child but struggle to get pregnant. Some undergo cycles of IVF desperately hoping that this is the cycle that will work. I have some female patients who come to me desperate for a child, but no partner to have it with. Sperm donors are their only option and even then, the road to a successful pregnancy isn’t easy. I have a homosexual male couple desperate for a baby, their journey finding surrogates/egg donors has been tumultuous, to say the least. Of course there are those who have multiple children – no issues getting pregnant, no issues in the pregnancy either and you can tend to look at these people like they “have it all” or they have “had it easy” but trust me, as a GP, I can assure you they will always have their own story (with its own unique issues) to tell.

My story is not special I know but I am one of the ones who has refused to stay silent because I think that sharing this story may just help some of you gain comfort/courage/reassurance...

My anger, grief, sadness will likely make a little scar on my heart like lots of other events in my life have, and I know I am not alone in that. This is a topic we as a society tend to stay silent on, it carries a sense of shame, a heavy deafening silence. People will suffer silently but sometimes you are met with “oh yes that happened to us” when you disclose your own story. You stare at them “how did I not know?”, “why didn’t you tell me?”. Hearing other people’s stories of the same tragedy (and their survivals and successes afterwards) gives you a sense of hope. So here I am sharing my story in the hope that one of two of you gain solace – here’s once more voice sharing our journey so that it’s all a bit less silent.

Allkinds Puts The Fun Into Self Care For Kids