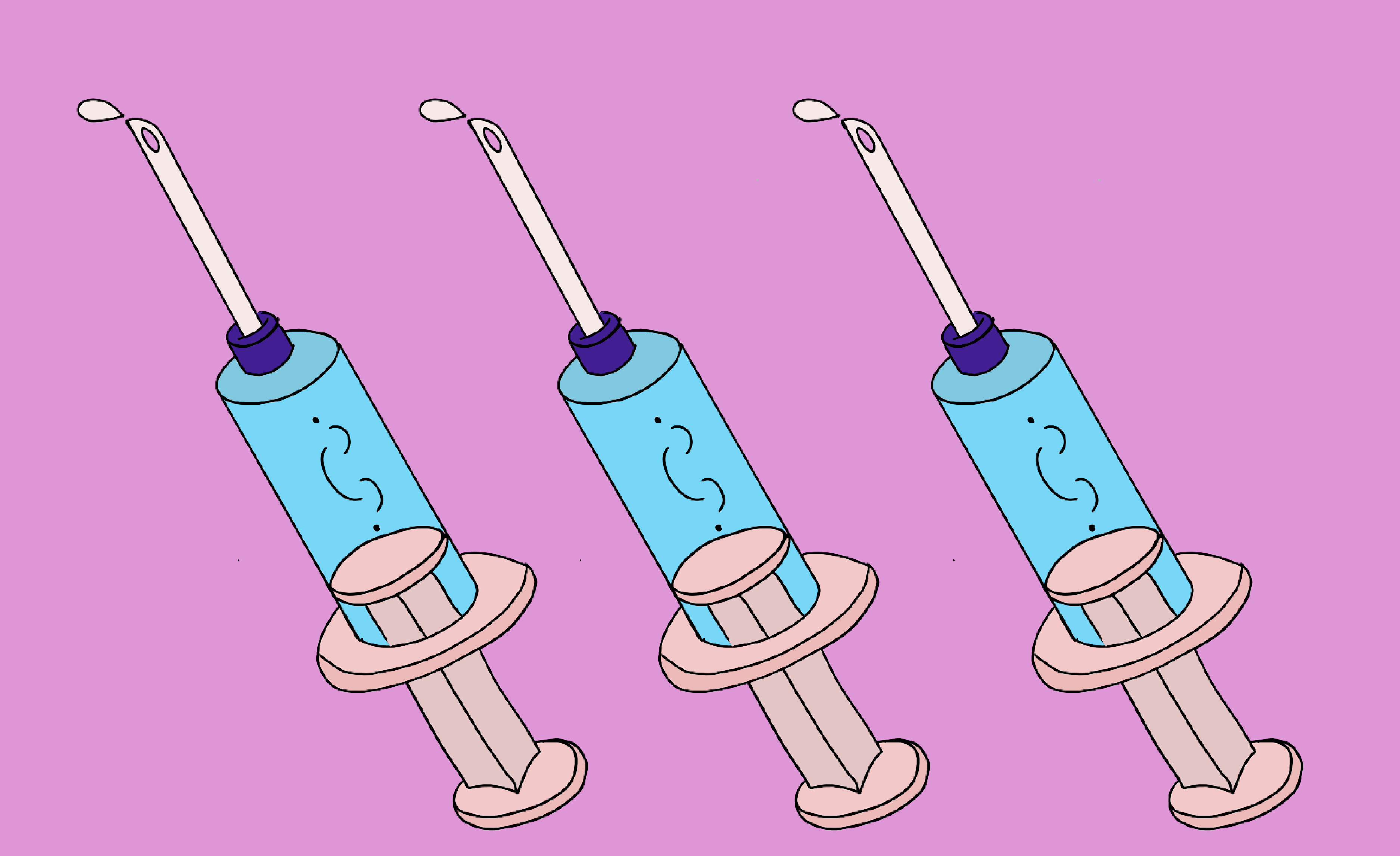 Mother-of-two Robyn shares her story of accidental pregnancy, followed by multiple miscarriages, a diagnosis of ‘super fertility’, and IVF…

In 2014, I fell pregnant with my son. My husband and I had been together for about nine years. It was the first time we didn’t use contraception, by mistake, and I fell pregnant.

I was so naïve. We had been planning on having a baby maybe about a year later. And I thought, “Oh well, that’s great. I fell pregnant first time. A bit earlier than we expected or had planned for, but great.”

So, one time. Because I’d gone off the pill, I had one of those apps to show how fertile you were. I was on a day, when I think there was a 3% chance where you could fall pregnant. So, it wasn’t even near ovulation. And when I tell you the rest of my story it will make sense, but I was thinking, “Oh well, I won’t fall pregnant,” and then I did. That was conception number one. So, so, so easy. Pregnancy was straightforward.

I was one of those people, I’m embarrassed to say, that would tell people, “Oh, we were so lucky, I know how lucky we were. So easy to fall pregnant.” I would say this to people that were battling, and I’m actually so ashamed by my naivety and how I held conversations with people that were going through their own struggles.

I honestly believe that a huge part of the reason that I went through such terrible secondary infertility was to help other people, and I feel like I really have helped other people on their journey to conception and to getting their rainbow baby.

“ The first month we tried I fell pregnant, and I thought, "Oh well, that was easy again." And then a few weeks into it, I started spotting. ”

My son turned two and we were ready to start trying again and I thought, “It’ll take maybe one or two months, three tops, and I’ll be pregnant.” But it was never a consideration that I wouldn’t fall pregnant or have a problem with it. I was just completely naïve to it.

The first month we tried I fell pregnant, and I thought, “Oh well, that was easy again.” And then a few weeks into it, I started spotting, and had my first miscarriage. It was such a confusing time because the doctors were quite blasé about it, which I learned later on they are. They treat miscarriage as ‘25% of people have miscarriages and this is what you need to do’, kind of thing. It was the first of four miscarriages.

My brother and sister-in-law had had IVF. And I remember saying at the time, I would never have IVF. I was so health-conscious. I could just never inject myself. I thought, if it’s not meant to happen, it’s not meant to happen. And it’s such a lesson. You can just never judge until you’re in that situation. So I had these four back to back miscarriages, and I changed doctors in between, which is also a horrible experience because each time I had to start again and each time they kind of brushed off having the miscarriages and that’s when I changed doctors. But then I heard of a fertility clinic in Johannesburg, and I set up a Skype consult for the doctor. I’d sent him an Excel Spreadsheet with every single bit of information over my last year and a half of having these four miscarriages, and all my blood results.

“ He said to me, ‘You have something called hyper or super fertility.' ”

I’d done that with all previous doctors, and none of them had taken the time to look through the results. So I’d sent through these comprehensive notes and he came up on the screen and immediately I looked into his eyes, and I just knew that he was the doctor. And he said, “Hello, Robyn. I’m Will. I’m so sorry for what you’ve been through. I’m here to help.” And he said, “I’ve looked through your notes and I know what the problem is. We can start off by you asking any questions, or I can start. How would you like to start off?” And immediately I had so much trust in this incredible doctor and I wish I had gone to him earlier, but I also am glad I didn’t because then we wouldn’t have the daughter that we do, if the timing was any different.

I also don’t think I would have learned the life lessons that I had, and being able to help people along the way, so everything happens for a reason. He said to me, “You have something called hyper or super fertility.” Which is something I’d never heard of, when your body falls pregnant with every cycle. And normally what happens with women is if they fall pregnant that cycle, their body immediately does a natural genetic screening. And if the embryo isn’t viable, your body is able to detect immediately that it’s not viable and you’ll get your period. And you’ll never know that there was a potential pregnancy.

My body, with every single cycle, held onto it. And it wasn’t able to do that natural detection to tell if it was a viable pregnancy or not. So it would hold on, and hold on. Two out of my four miscarriages got to heartbeat stage, and almost got to the end of the first trimester. So my body would just hold on. The doctor said, “You just need one golden egg.” He  believed I fell pregnant so easily with Harrison because I was four or five years younger. My egg quality was so much higher, whereas as I got older and I got more stressed with motherhood and working, my egg quality had gone down. And that’s why it had taken so many cycles to get a good egg.

So he said, “I don’t know how many more cycles you are going to need to get this golden egg. But you also might get into a situation where you fall pregnant with an embryo that is compatible with life, but has chromosomal issues.” And he said, “That’s why I strongly recommend we do IVF, and we do genetic screening and make sure that it is chromosomally healthy. And then as soon as we’ve done that, you will carry to full term and you’ll have a healthy baby.”

Within that 15 minute conversation of him explaining that, I put full trust into this doctor. I hadn’t even had the discussion with my husband about doing IVF or not, but on the phone, I just said, “Let’s do it. Let’s do the genetic screening. I’m in it. We are in it.” At the time I was in a job that I wasn’t happy with. I had quite a toxic manager. So, we started the IVF stimulation and something in me, my intuition so strongly told me that I should wait until I’ve managed to process the miscarriages and I’ve managed to get through it a little bit, and my body has had some sort of reboot. But my doctor said to me, “You’ve been through hell and back. Why don’t you just do the actual stimulation process now and the retrieval, and then put them on ice. And when you’re feeling healthier and ready, then you can do the transfer.”

“ I truly believe everything that I went through led me to her. ”

I didn’t listen to my intuition, that was so strong, and we did the stimulation. We did the 10 days of injecting and went through all of that. And by day eight or nine, they said that it wasn’t going to work, and I had to stop. So I did that stimulation process, but not the retrieval. I don’t know if that counts as a failed round, but that was the first instance.

And then the next month out of the blue, I got this LinkedIn message from this owner of a company saying, “I’ve come across your profile. You are exactly what we’re looking for.” I had an interview with him the next day, and we got on so well. And he said, “Look, I’m just going to go with gut-feel. I’d love to offer you a job.” I said, “I’m going to go with gut-feel too. I’m accepting it.” And then part of me had this niggling feeling in the interview, and I said to him, “Look, there’s something I need to disclose to you.” And bearing in mind, South Africa is a lot less progressive than Australia with working mothers, and flexibility in the workplace, and maternity leave.

So I said to him, “Look, I need to disclose to you that we’re keen to have another baby.” And he said, “It’s absolutely fine. I’ve got two young kids.” So, at least I could start that job telling him. I didn’t go into any detail, but at least it was on the table and in the open that I wanted another baby. 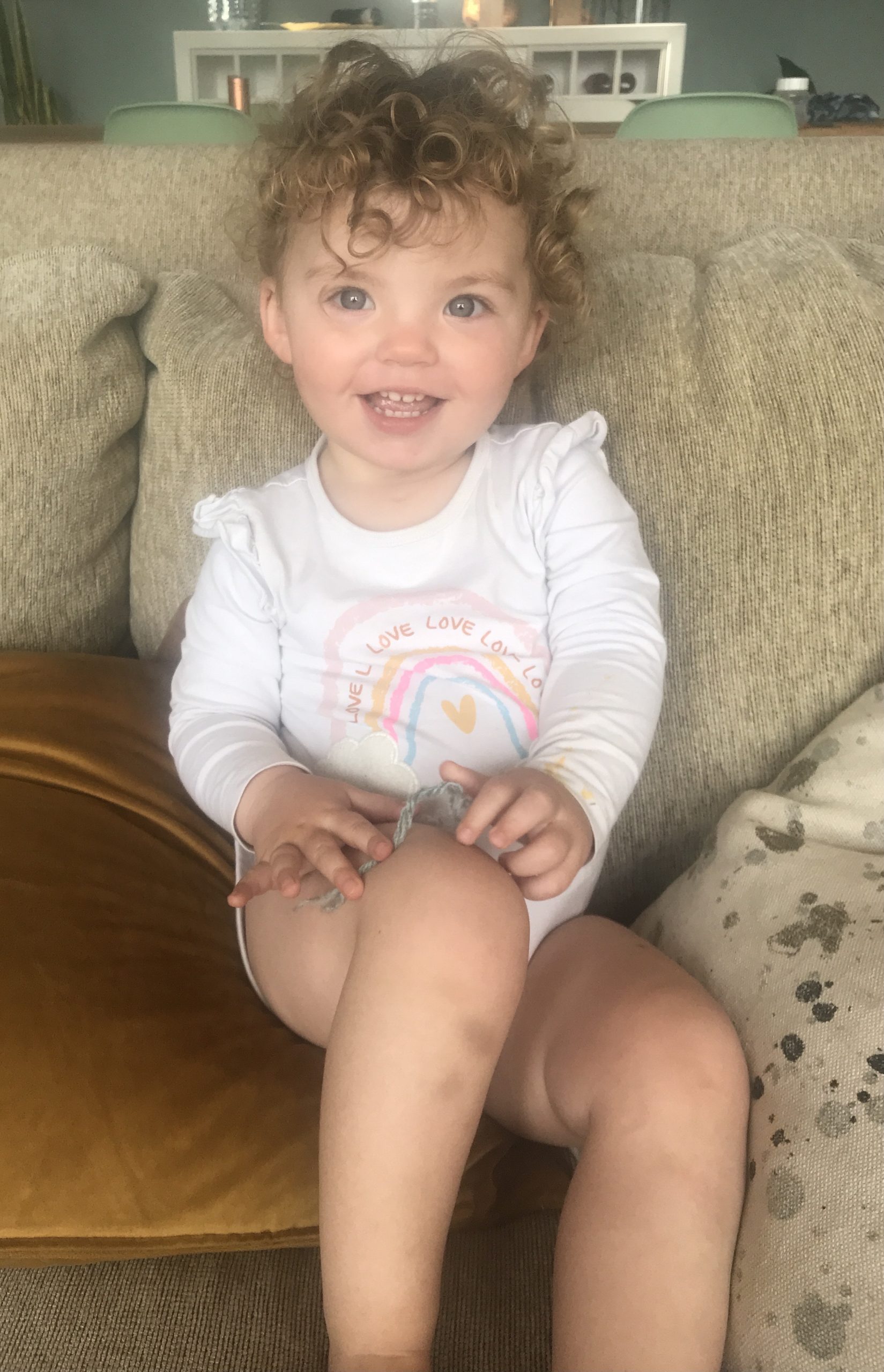 We now have our little rainbow, perfect Luna, which means moon. She was born on the 11th of March. The date the World Health Organization declared COVID-19 a pandemic, was the date she was born. And I truly believe everything that I went through led me to her, and also led me to try and help other women that are going through their own infertility battles, and trying to help navigate them through.

If you’d like to explore your options for fertility treatment, visit www.genea.com.au