The heart-warming and raw story of Penguin Bloom – a baby magpie that fell from a tree and was rescued by the Bloom family – has touched millions of hearts all over the world...

Firstly, through an international bestselling book entitled Penguin Bloom, which was written by Bradley Trevor Greive and Cameron Bloom, and now through a feature film starring Naomi Watts and Andrew Lincoln. It was the book which caught Naomi’s attention, and as she discovered more about the story (Sam Bloom tragically fell from a balcony in Thailand and became completely paralysed from the chest down), she knew it was a story she wanted to tell. Here, Georgie Abay speaks to Naomi Watts in New York about what inspired her to tell the story of the remarkable Bloom family and take a deeper look at what happens next when life changes in an instant.

A lot of our readers know the story of Penguin Bloom, but I’d love you to tell me what the movie is about, and what it was that drew you to this story?

I was looking at the book [Penguin the Magpie: The Odd Little Bird Who Saved a Family by Bradley Trevor Greive and Cameron Bloom] first of all because the images are so compelling. I knew of the story, but it was in the back of my mind. The images were just playing out in front of me and leaping off the page and my kids were drawn in as well. I loved the experience of sharing this book with my kids.

As we were looking through the book, I went back to the beginning and started reading it aloud. As a family unit, we felt really drawn in. The experience it created that morning on the bed, I felt was going to be created in the experience of watching the film as well. And of course, Sam’s story driving it at the center. The courage, resilience, and the healing that the family goes through – it gives us all strength. It gives us all hope. And what greater time than now?

I love that you read it to your children because I did exactly the same thing to my girls. I think it's such a beautiful story for people of all ages. Now, this film is all about the impact this little bird has on the Bloom family – tell me about your first day working with the magpie and I know there’s a funny story from the first day of filming?

People have really latched onto this. It was the perfect ice breaker. The bird was roaming around my body, crawling all over me. I wasn’t super comfortable with him at that point. I was mostly concerned about my eyes getting pecked out, and I was just trying to do whatever I could to stay still. It made its way up to my head. And then, I just felt a warm sensation, which trickled down my forehead and the center of my face. And then I was like, “Oh, no. Oh, no”. I looked at everyone’s face and their eyes were popping, mouth agog, and they were like, what’s she going to do? What’s she going to do? And I just started laughing my head off. And as I opened my mouth, it created enough momentum for it to fall right into the center with my mouth. It was pretty gross. 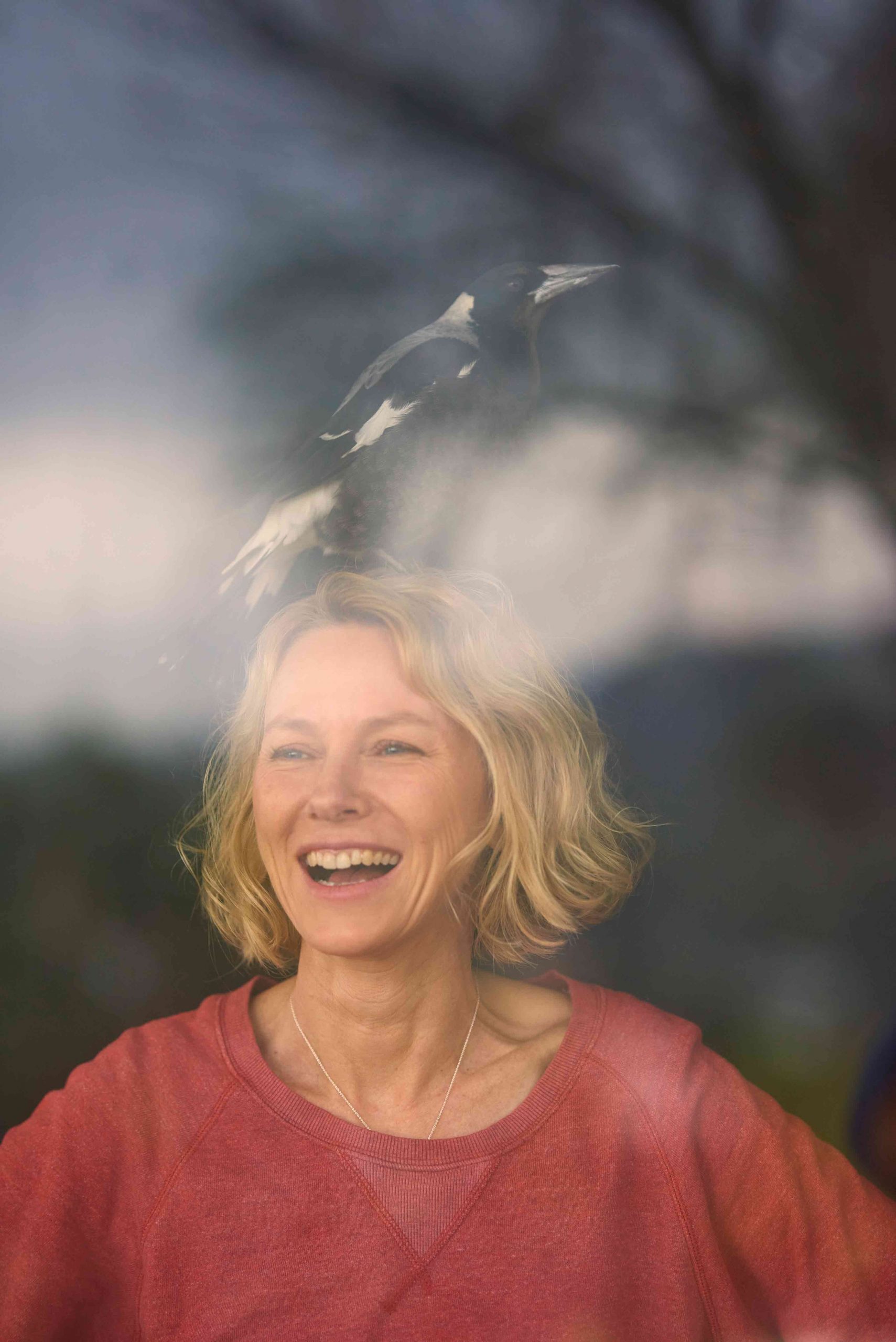 Probably quite a good icebreaker! You shot in Sam and Cameron's Bloom house in Sydney’s Newport. Can you tell me about how involved the Bloom family was in the actual making of the film?

They were very involved and very accessible and generous by sharing their house. In the beginning, Sam shared her journals with me. It was so incredible to have those. I had certainly imagined that the thoughts she’d written down had been swirling around her mind, but to see them on paper and in a repetitive way was very powerful.

I know from speaking to Sam that she didn’t want a happily ever after ending because life in a wheelchair is not what she wanted and nothing can ever change that – it’s a daily challenge. I know you read her journals. How raw is this film?

It was important for us to tell every piece of the story. There were absolutely days on end where she was fraught with desperate, dark thinking and didn’t know how to climb her way out of that frame of mind. But she did try and soldier on. She didn’t want to make her problems everybody else’s problems. At the same time, she’s trapped in her head, and everyone else is going off about their lives, going to school, going for a surf, doing whatever. She just was isolating and breaking off from all of her relationships more and more.

Then along comes this bird that needs taking care of. She’s suddenly able to stop thinking about herself and how awful this existence is and in healing the bird and restoring it, she’s able to create that in her own world as well. And you’re right. Sam still is someone that will tell the story as plainly as can be. She would much rather be not in a wheelchair. 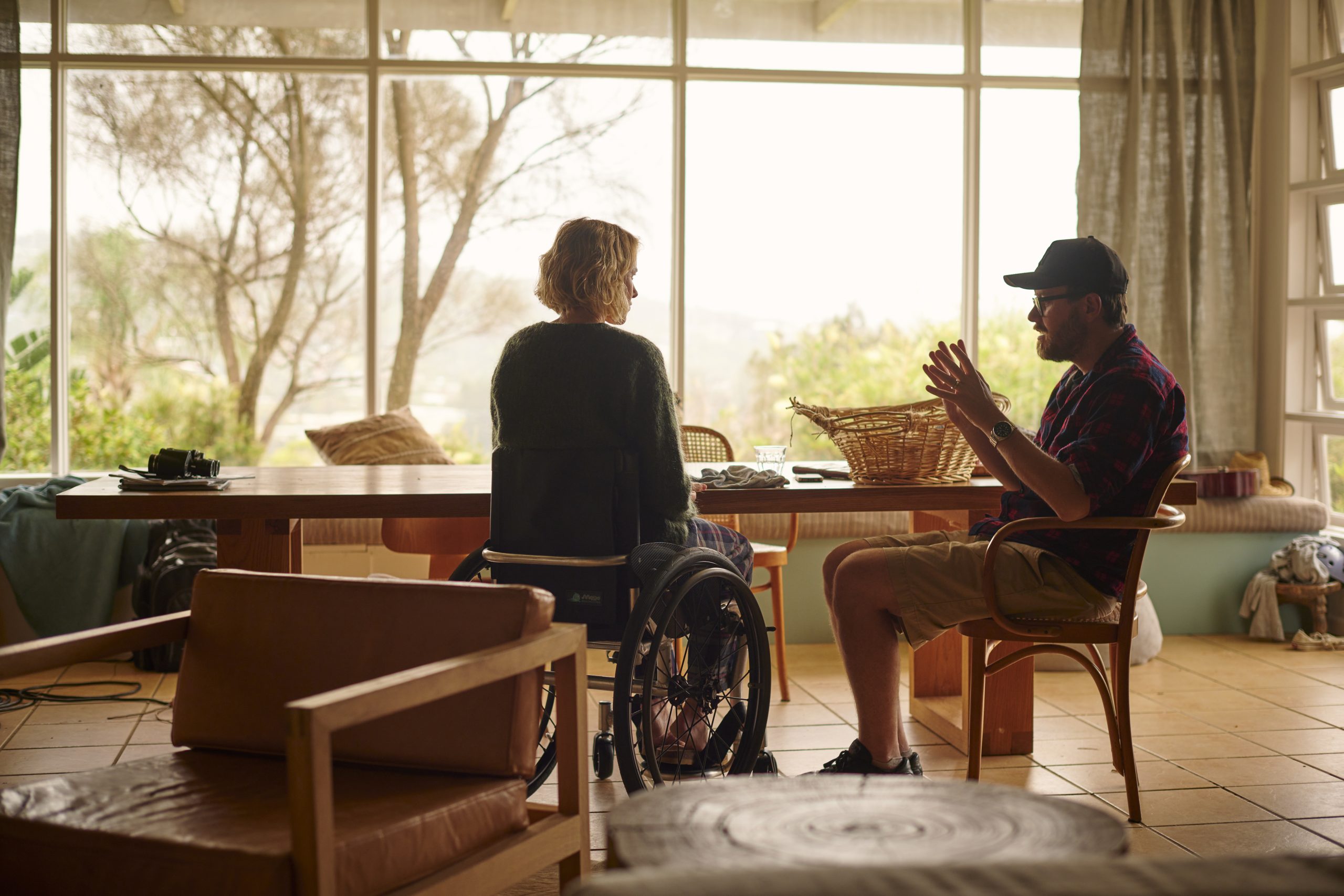 This film really reminds you that life can change in an instant – and certainly, we have seen this over the last year. Is this a message you wanted people to take away from the film?

There are moments where things can really shift and turn everything upside down. Certainly, we’re experiencing a different level of that, very different. While the scientists saw it, we did not see this pandemic coming, but our lives have suddenly changed, and we cannot do the things that we’re familiar with. We’re dealing with a certain type of grief. Not to be compared, but Sam suddenly lost her normal way of living in an instant and longed for her old life. It was very painful.

What is your favourite moment from the film?

I have to say, working with Andrew Lincoln was just wonderful. He’s a beautiful actor, incredibly generous. He had his children there as well, and we all got along so, so well. I loved working with the kids and moments with the bird. I mean, there were so many. And also, just feeling so connected to Sam and feeling her give and give. It was really one of the most memorable experiences. Also working at home in Australia with my two best friends as producers, there were many, many moments.