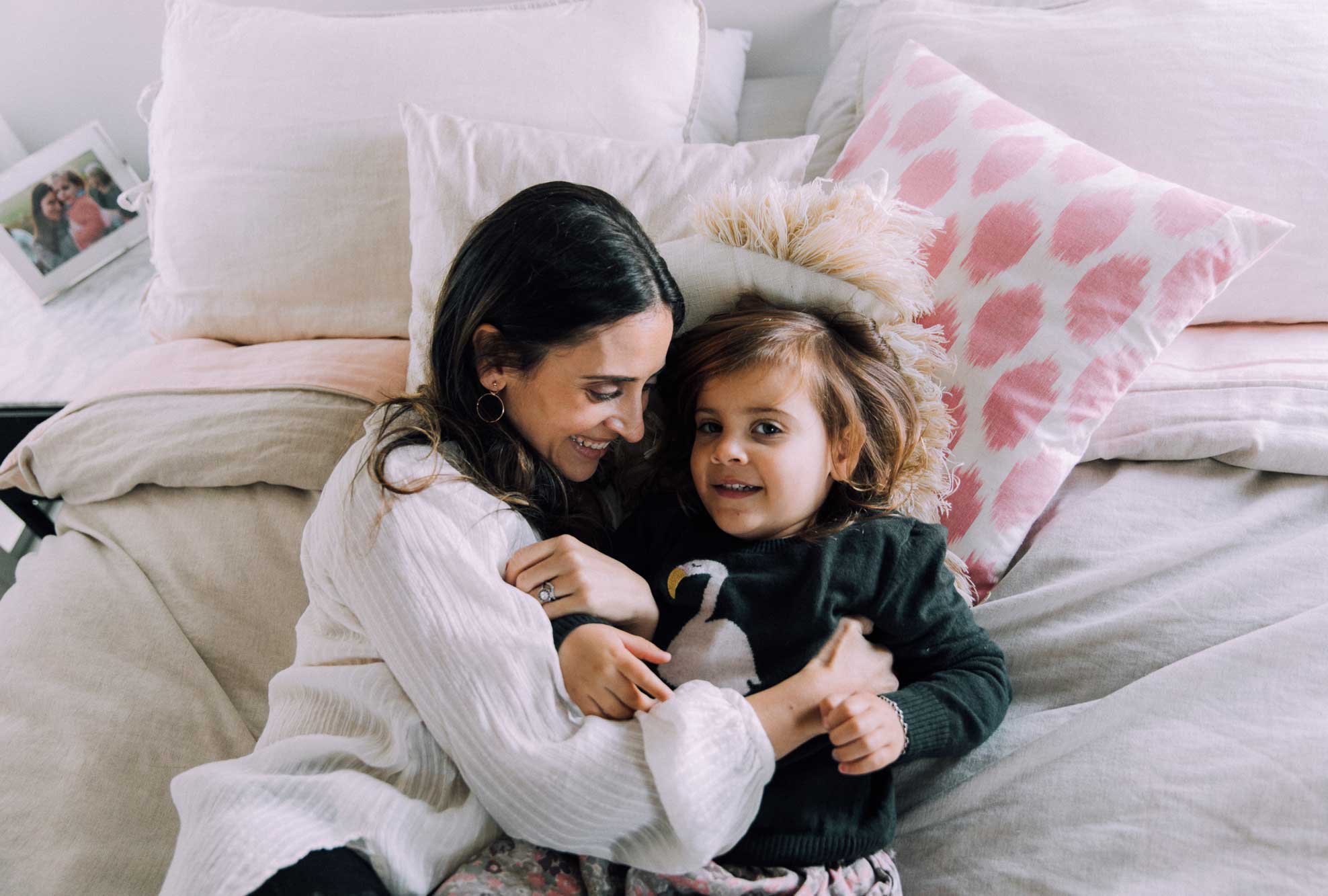 It’s a funny time to be a parent. With the world of Google at our fingertips and social media updated every nano-second, it’s hard not to compare our lives with people we barely know or will ever meet. This is especially prevalent in the first few months with a newborn, when you’re often house-bound and have a lot of phone time on your hands given the demands of breast or bottle feeding...

During an innocent social media check recently, I became inundated with a flurry of parenting buzzwords, which quite frankly put my head into a spin. When I first became a mum the premise of “slow parenting” was all the rage and a concept I strongly believed in. Getting back to basics, not rushing everywhere and spending time simply being with family was the perfect antidote to the stress of working in an office environment for so long. Suddenly, everything seemed more meaningful. I would spend a lot of my spare time (usually with a baby attached to me) reading about everything I thought I needed to know in order to be a good parent, and in some ways, I’m still voraciously searching for information to help me along this crazy parenting ride. But is it all doing a lot more harm than good? You see, along with the slow parenting movement, there’s also natural parenting, calm parenting, helicopter parenting, free-range parenting, mindful parenting… and that’s not even the half of it. Through my own obsession with keeping up to date on all things parenting online, I’ve come to realise that I could be doing myself a huge disservice, as I’m allowing other people’s (often unqualified) opinions impact my own parenting choices. If I’m suddenly reading a Facebook thread on natural parenting whilst simultaneously managing my kids’ screen time or feeding them packaged snacks, does that mean I’m failing? If I like the idea of free-range parenting but also have unashamed helicopter-mum tendencies, am I doing it wrong?

“ Through my own obsession with keeping up to date on all things parenting online, I’ve come to realise that I could be doing myself a huge disservice, as I’m allowing other people’s (often unqualified) opinions impact my own parenting choices ”

Of course, social media isn’t all to blame when it comes to trying to define your parenting style. If the names Gina Ford or Tizzie Hall mean anything to you, chances are you were faced with a similar scenario soon after you gave birth. I vividly remember meeting new mums that were either singing the praises of sleep and routine books such as The Contented Baby and Save Our Sleep, or those who were deeply aghast at the thought. I was a mixture of the two. On the one hand, having a guidebook to help me establish some semblance of a sleep and feeding routine gave me hope, but on the other, I couldn’t fathom how a “one size fits all” style of parenting could ever apply to me or my baby. So I ignored the books, sought advice from friends and family and managed to fumble my way through… until that totally didn’t work. When my baby was 5 months old I employed a mothercraft nurse who quite literally turned all our issues around in one fell swoop. This was after I had battled and downright refused any form of self-settling or control crying techniques previously because I thought that wasn’t the type of parent I wanted to be. Turns out, the type of parent I wanted to be was a happy one with a happy baby, and for us, that meant putting some sleep training techniques in place that ultimately saved us all. When you go down the rabbit hole of trying to put a title to your parenting style, it can open up a can of worms that causes a lot more angst than it’s worth. I kind of compare it to the big food shift that happened about 5 years ago – where juicing replaced meals and sugar was branded the devil. Suddenly everyone was on a bandwagon and it was hard to have a difference of opinion or admit that, you know, you still ate bread and the occasional sweet. In current times where everything is promoted in our news feeds, it can be hard to separate fact from fiction and not get caught up in the latest parenting fad. But here’s the thing – what works for one family doesn’t necessarily work for another, so while you’re reading about your old colleague’s preference for co-sleeping or why another friend is deeply against screen time, it doesn’t mean those opinions are right or will work for you. You aren’t a better parent if you’re sticking to a parenting style that has a title and is generating buzz on social media. Natural parenting or not, aren’t we all just trying to parent in the best way possible? While there are a handful of people and news sources I trust and listen to for parenting advice, what almost five years of being a mum and two kids has taught me is that no one can tell you what’s right or wrong when it comes to your own family. Through a lot of trial, error, tears, laughter and utter chaos, I now trust my own instinct more than ever before. So the next time you see someone on social media wax lyrical about a parenting style that ultimately makes you feel bad about your own choices, simply unfollow. Because as much as having an open dialogue about motherhood is an invaluable resource, sometimes too many cooks really do spoil the broth.