One Son with Down Syndrome and Another with Autism: The Busy and Beautiful Life of Sydney Mother Sarah 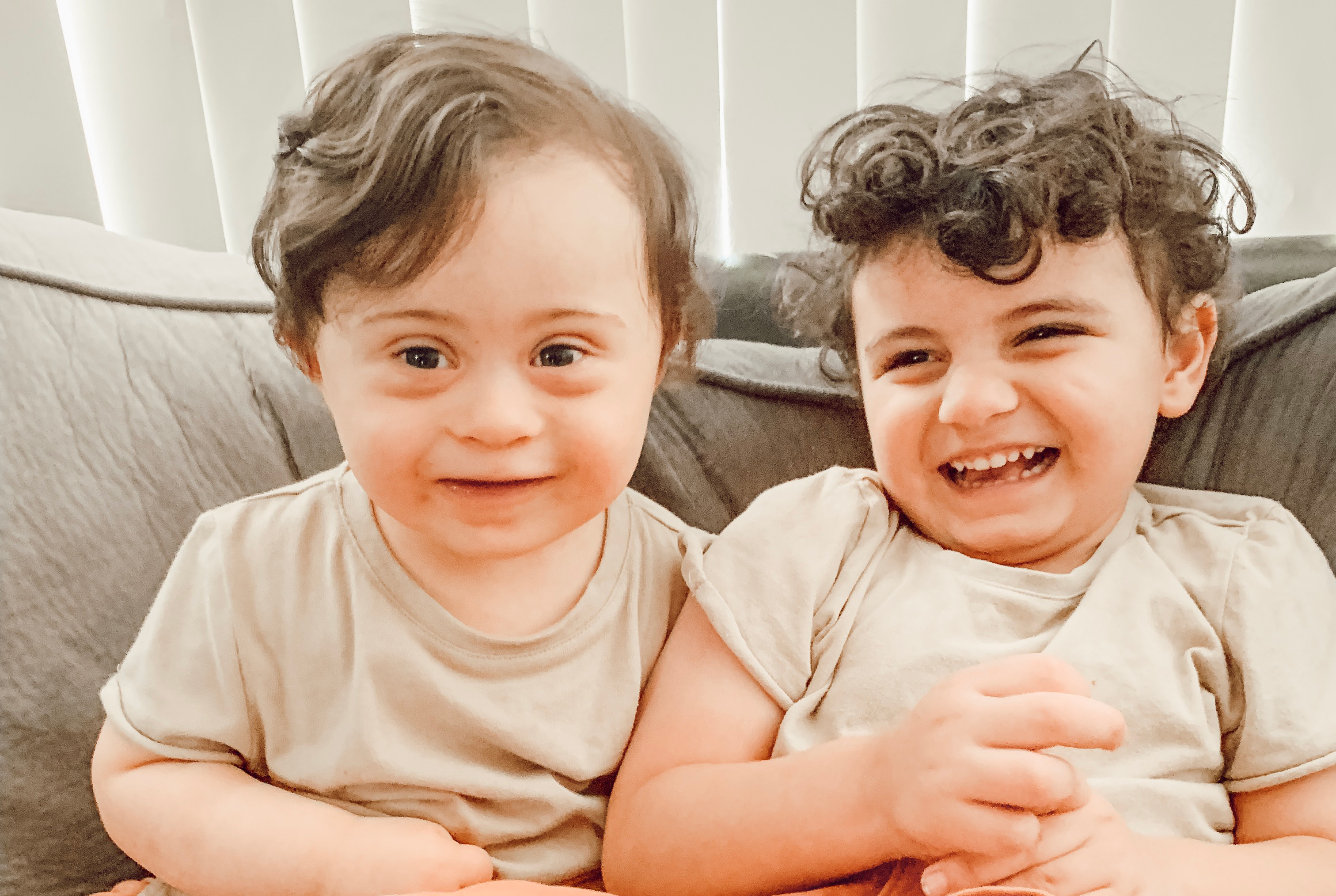 In honour of World Down Syndrome Day on March 21, we’re sharing some of our favourite stories of mothers and their children navigating life with Down syndrome.

Most mothers would tell you they have their hands full. The ‘juggle’ is a term we’re all altogether too familiar with. But then there’s mother of two Sarah. Her four year old son Josh has severe Autistic Spectrum Disorder, while her two year old Jack has Down syndrome. The only thing more full than her hands is her heart.

At her 13 week scan with Jack, doctors detected the likelihood of Down syndrome, and Sarah felt that they pressured her heavily towards terminating the pregnancy. “I couldn’t get any information from doctors, they were just trying to get me to terminate and everything seemed so negative”, she explained. Termination didn’t feel right, so Sarah took it upon herself to seek out the stories of other families of babies with Down syndrome. She discovered a Facebook support group for parents and found “these mothers told me such beautiful positive stories…I thought they were lying to me to try and make me feel better”, she said.

Eventually, Sarah chose to continue with the pregnancy. “I said philosophically: how much can you design your life? Ultimately, I could have another baby if I chose to terminate, but there can be so many other health problems to worry about. Part of me wishes I didn’t know about Jack having Down Syndrome while I was pregnant, as it would have saved me so much stress and anxiety during the pregnancy, wondering what to expect.”

And what could she expect? As it turns out, a whole lot of joy. We spoke to Sarah about her experience raising her boys, and how a little help from the Wiping Tears Charitable Foundation has gone such a long way. 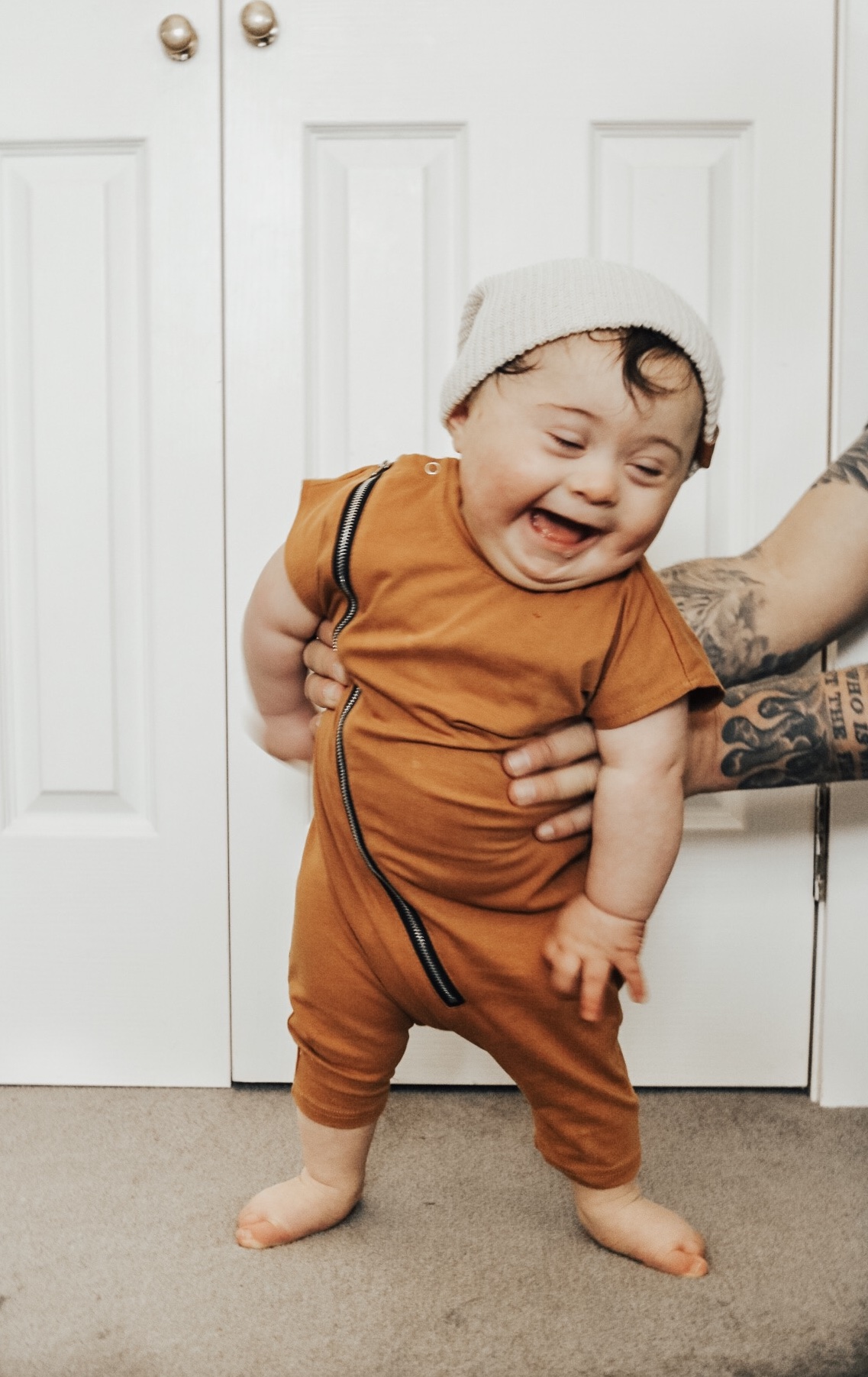 Tell us a bit about your childhood…

I had a pretty typical childhood. I grew up in Greystanes, I have 6 siblings, and my main memories are being outside all day long and being active.

Did you always know you wanted to be a mum?

Yes. I always knew I wanted children, but I was very cautious of the timing, as I wanted to make sure I was patient and was at my best so I could give them the best of me.

How was your pregnancy and birth with Josh?

I did not have a good pregnancy with Josh. I experienced severe morning sickness the entire way through. Unfortunately his birth was very traumatic, in that he had low oxygen, and it resulted in an emergency C-section.

When did you first realise Josh had Autism? What was your initial reaction?

I had my suspicions close to his second birthday. I was sad. You envision a life for your child filled with soccer games, lots of friends etc., and when that outlook changes you have to grieve and still get on with it. It never changed our bond though. It actually made us closer, but it’s only natural to feel a tinge of sadness to know your child will struggle.

Were you surprised by the diagnosis or did it make sense to you?

A bit of both. I think as parents we hope for the best, so I had a hope that it was just a speech delay, but in my gut I knew. I’m thankful for that gut feeling, as it allowed us to support him as best we could.

And how did you know you were ready for baby number two?

I enjoyed being Joshua’s mum so much, I just knew I wanted to do it all over again.

At your 13 week scan you were told that Jack had the markers for Down Syndrome. What was your first response?

Due to lack of information and my own ignorance I was devastated. I remember crying and thinking “why me?” If only I knew then what I know now, I would have saved myself so many tears.

You mentioned you felt a lot of pressure from doctors to terminate. What sort of things did they say to you?

The GP referred to Down syndrome as ‘mongolism’. They withheld information from me and seemed to only share the negative information. They held back the positive balanced information, such as the DSNSW information pack, and told me at my consultation once I decided to go ahead that Jack “has a higher chance of dying in your stomach, so what will you do then?” It was awful to hear!

Did you get any support from anyone at this time?

I had support from my family and from women in Facebook groups who had children with Down syndrome.

What helped you decide to continue with the pregnancy?

I listened to all the information I was fed about what could go wrong. In my mind, it seemed like nothing could go right, so it led me to connect with mothers who have kids with Down Syndrome. They explained to me that their children are amazing and even if they did have some medical implications, these were all things that could be treated and their kids were thriving. Having all the information, both the good and the bad, helped me make an informed decision. I will forever be thankful to the network of women who huddled around me answering all my questions.

How was the rest of your pregnancy and birth?

The rest was good. I had a supportive midwife so that was awesome to finally have someone respectful of my choices. The birth was also great and very calm.

Jack has a very loving and affectionate personality - does Josh ever struggle with not wanting Jack's physical touch? How do you help them both to feel supported with their needs?

Initially yes Josh did struggle with Jack in his space. Josh loves his own company, so it was a struggle for him to adapt to Jack’s outgoing personality. But as time goes on he is wearing him down. Despite the constant knock backs, Jack doesn’t give up and now they have started initiating games together. I can be really hard on myself; I often go to bed thinking “what more can I do?” It is a big responsibility being in charge of their development, but if I’m honest all they need is love. Everyone who has met them comments on how lovely their nature is, and I do believe it is because they are loved and nurtured.

What have Nissy Nassif and the Wiping Tears Foundation helped to change for your family?

I met Nissy Nassif last year and immediately I was touched by her kindness and generosity. The main struggle I face isn’t my children’s disability, it’s ignorant people and finances. Nissy offered financial assistance, which has been a huge weight off our shoulders. Instead of worrying about things that are due, we can spend more intentional time with our children.

We had run out of NDIS funding at the time, so we had to borrow money to afford therapies. Because of Nissy and the Wiping Tears Foundation’s financial assistance, we were able to celebrate Jack’s second birthday, as well as purchase the children Christmas gifts.

More than the financial aspect, Nissy has been in my home and was able to do something many can’t – she connected with my children. I was in awe of Josh’s affection towards her as usually that’s only reserved for me. Sometimes you feel a bit alone and a gesture like this from a stranger really means so much and makes you realise there are kind people who do care.

I wish people were kinder and more accepting of different behaviours.

What does a typical day look like for your family?

We have breakfast together, then we do a bit of music therapy. After that they have free play, we then have lunch and head outdoors to the park. We go grocery shopping together then we come back and have some sensory play. The boys usually have a nap while I prepare dinner, then we head out to the park again. It’s a fun time. I work on their individual communication goals within our play/routines.

What's your favourite thing about motherhood?

The cuddles when we nap together, the sloppy kisses, the magic when a new milestone is reached, the privilege witnessing their unlimited potential daily, the love. All of it – it has changed me in ways I could not have imagined.

What the best piece of advice you've been given?

Detach yourself from past and future, be present and be grateful for this moment you have right now. There are lots of grey areas and unknowns, but they make for the most colourful and lovely places to be.