Have you met our new Perth contributor, personal style consultant and mama Kate Miles? Each month, she'll be sharing her loves with us here and you can follow her over at @wearingittoday...

Here, she shares what she’s loving this month from the perfect jeans (note: they’re already in our cart) to Tohum jewellery (shell jewellery trend alert) to square toe sandals (with a heel height just right for mums). Ready to be inspired? Go to www.wearingittoday.net

Tohum jewellery. I discovered this label trawling Instagram one night and fell instantly in love with these beautiful pieces from designer Verda Alaton. Inspired by Verda’s lifelong passion for natural beauty, each piece is handmade using traditional techniques. I cannot get enough of her latest shell collection and am struggling to decide between the large Puka necklace or the mega Puka crystal bracelet… or both! 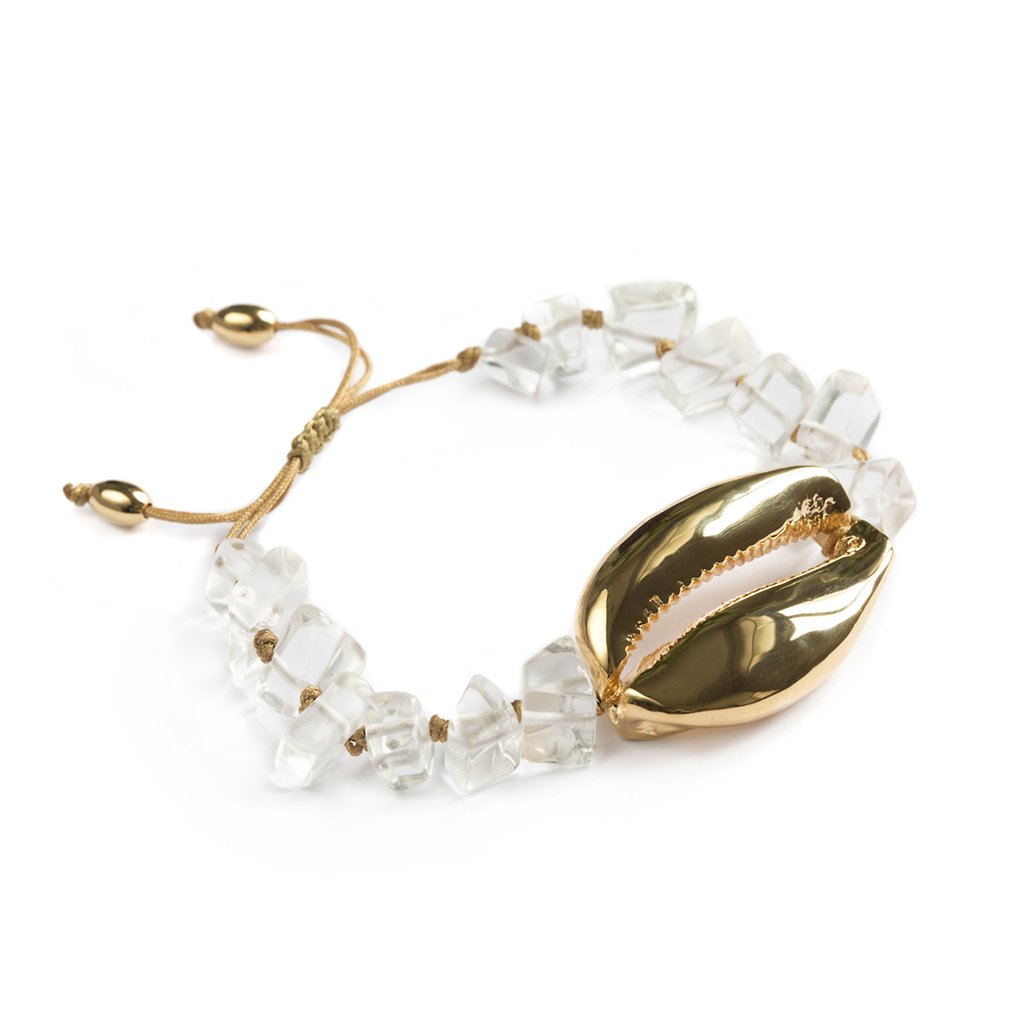 High on rotation are my new Riley High Rise straight crop jeans from Agolde, which I bought from Concept M in Cottesloe. The ultimate straight leg style, in a rigid denim and in the perfect blue wash. The most flattering ‘mum jean’ I’ve found and they work for so many different shapes and sizes. I’ve been putting my clients on to these and they love them! I would suggest taking a size down if you want them to mould to your shape properly and keep their fitted shape. I’m in good company too with Instagram’s fashion director Eva Chen wearing them on repeat. 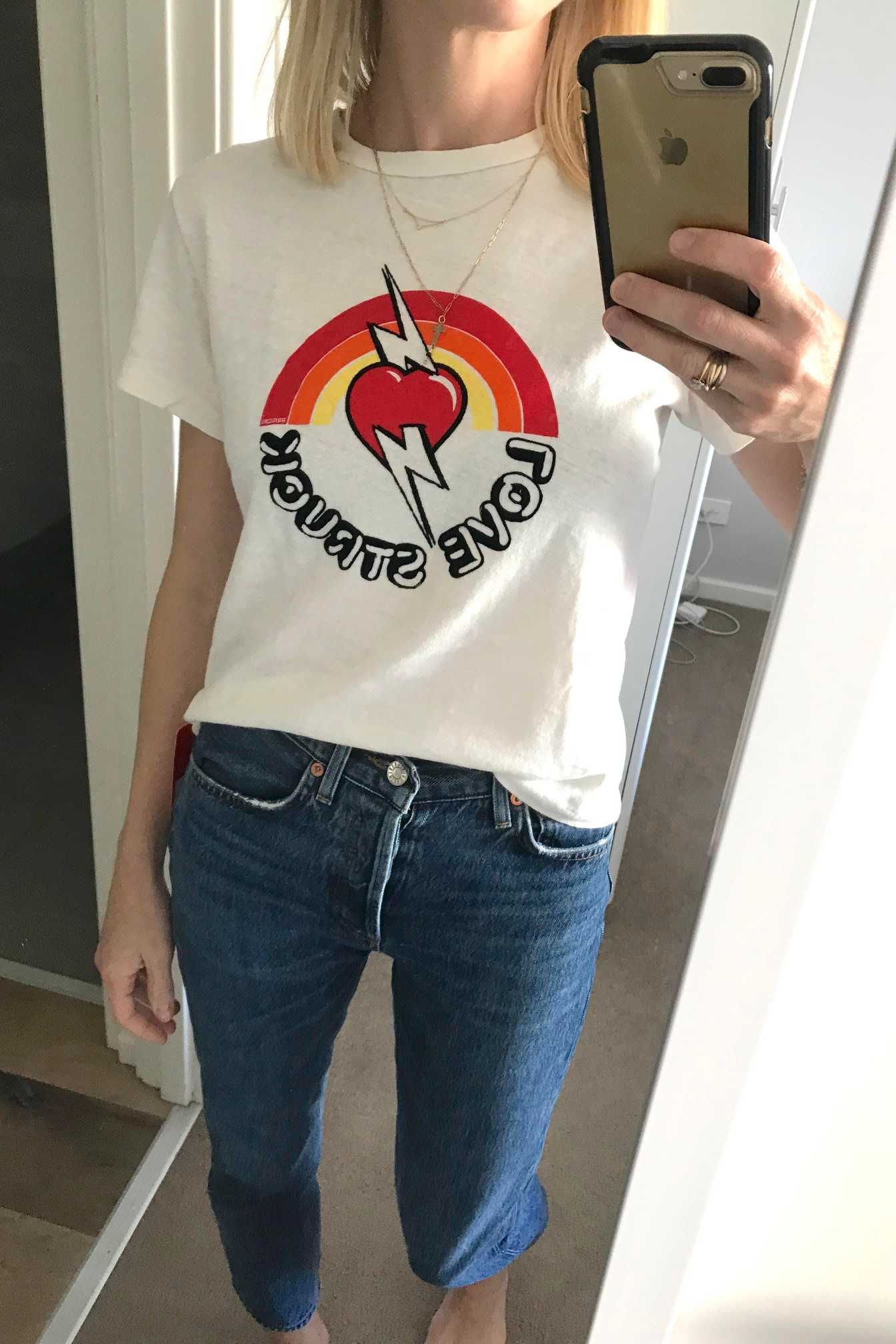 Bike Bar in Claremont is not your average spin class. It starts when you walk into the studio, which is like a hotel style reception, complete with premium amenities – showers, hair dryers and hair straighteners so you can go and spin before work and not have to go home again. The dream! I was very nervous before the class, as I DO NOT ever step foot inside gyms, fitness studios or really have anything to do with exercise apart from chasing after my son at the park. I went 15 minutes early and had a tour and run through of how it all works by one of the instructors, who really helped to alleviate my anxiety. Once everyone was clipped into their bikes the lights were turned off, with the only light coming from a few candles at the front. Then the ‘beat dropped’ literally. I felt like I was in a nightclub. Kate, the instructor, was fun and motivating and the 45 minutes passed quickly, which didn’t surprise me as I was having such a good time pretending I was in my own music dance video (albeit not a very coordinated one). There were times when I felt my legs would give way but I just sat down and kept pedalling (no one can see you) – so you can take each class at your own pace. Bike Bar’s belief is that fitness should be fun and inspiring. Their classes are fat burning full body workouts, designed to specifically work your core and make you sweat. I’ve already been back! 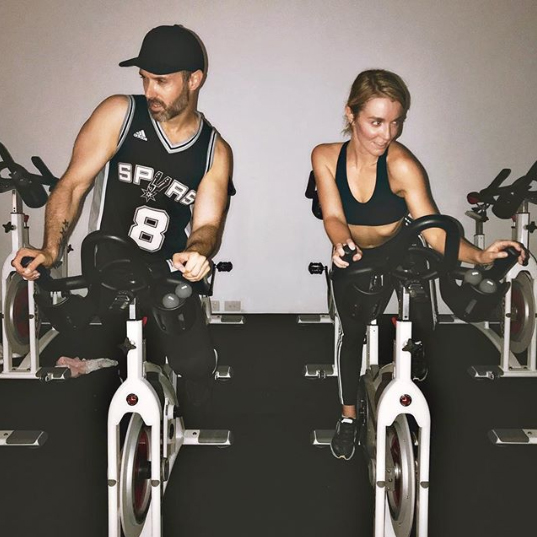 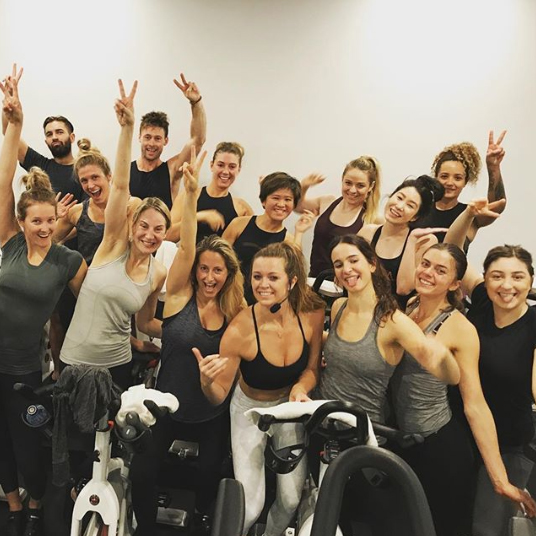 Virunga. Released in 2014 and nominated for Best Documentary at the Oscars, this film is a powerful must watch if you haven’t already seen it. Incredibly filmed, it focuses on the park rangers at the Virunga National Park in the Congo, and their struggle to protect the mountain gorillas who live there. You won’t forget the film’s heroes, Andre Bauma, the incredibly kind-hearted ranger who would die to protect the orphaned gorillas, the courageous Belgian warden Emmanuel de Merode and Rodrigue Katembo, a section chief who is trying to bring down the oil companies and their illegal activities. This is sure to tug at the heartstrings. 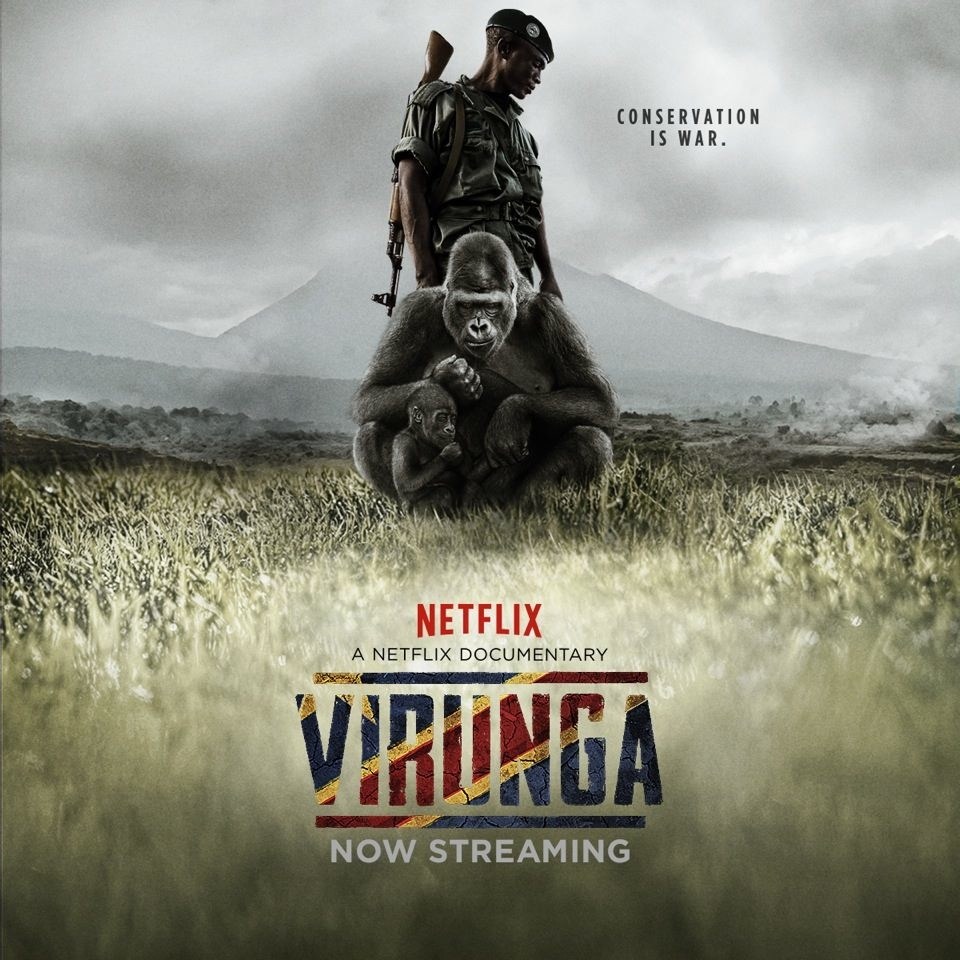 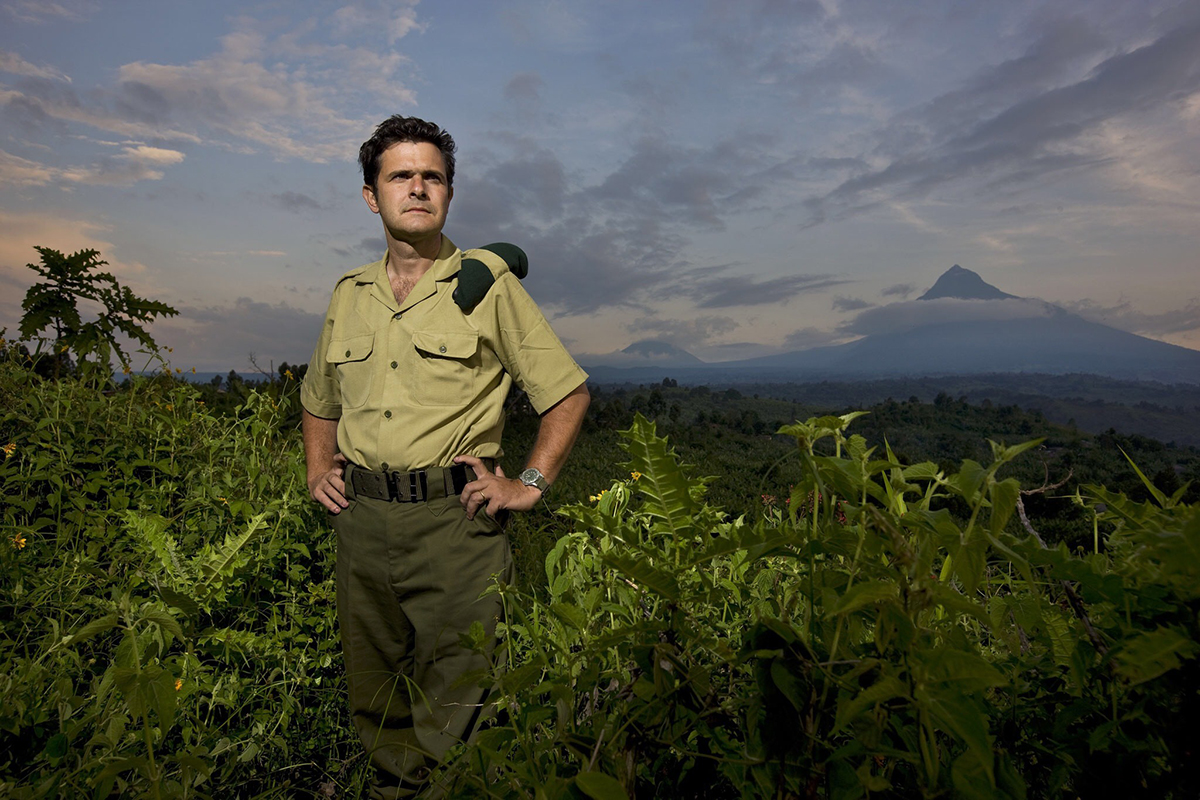 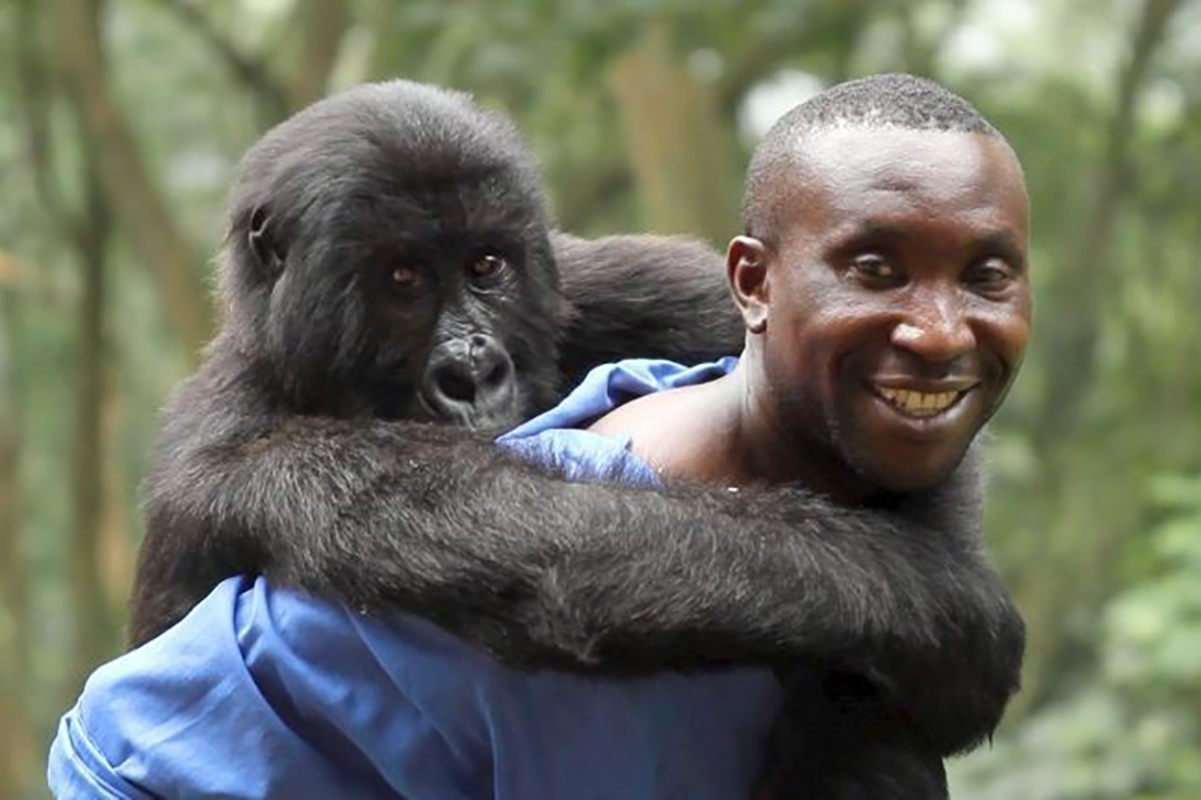 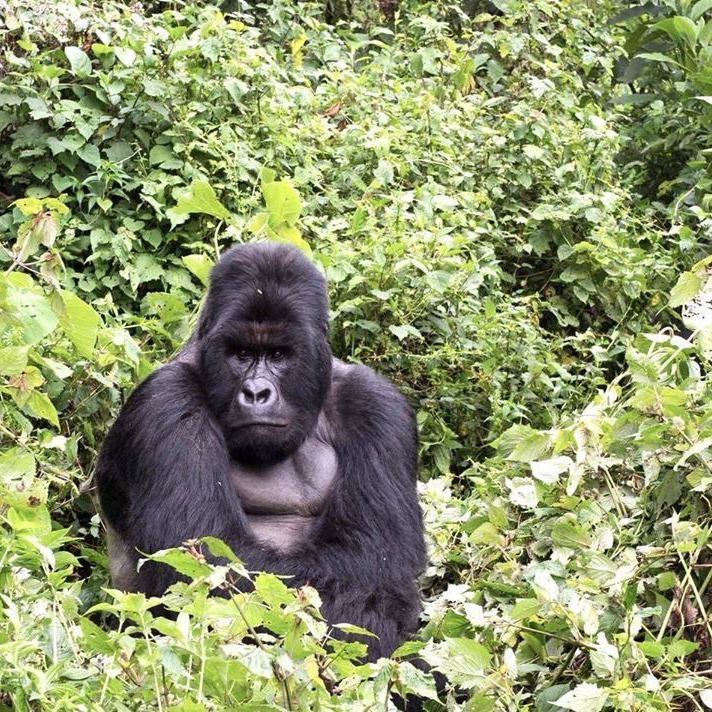 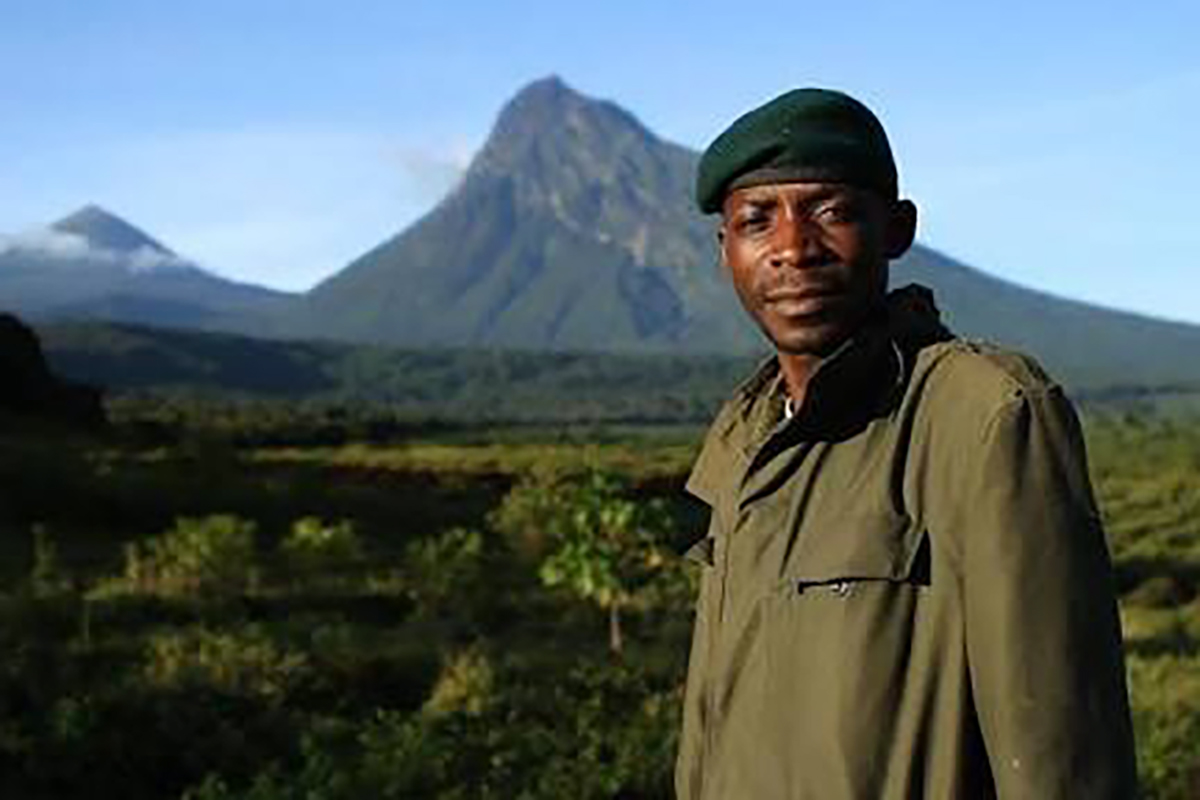 Il Lido is an Italian inspired espresso bar and restaurant overlooking Cottesloe Beach and conveniently within walking distance from home. Open for breakfast, lunch and dinner this would have to be one of my favourite places to eat in Perth. I love the communal long tables, the bustling atmosphere, the extensive wine list, the view and of course the delicious food. I always end up ordering a bowl of pasta, and either the burrata with rocket pesto or fresh oysters for entrée. The chargrilled cuttlefish on the green herb salad is also worth a mention too. 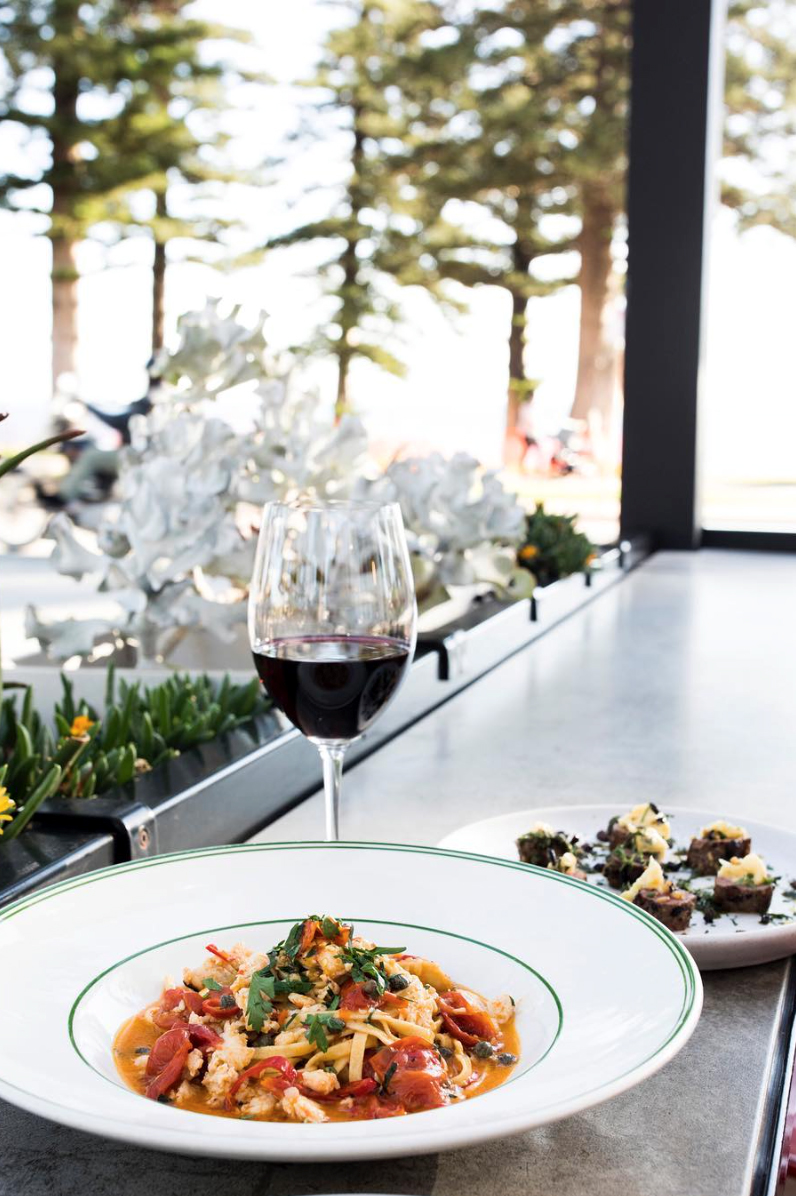 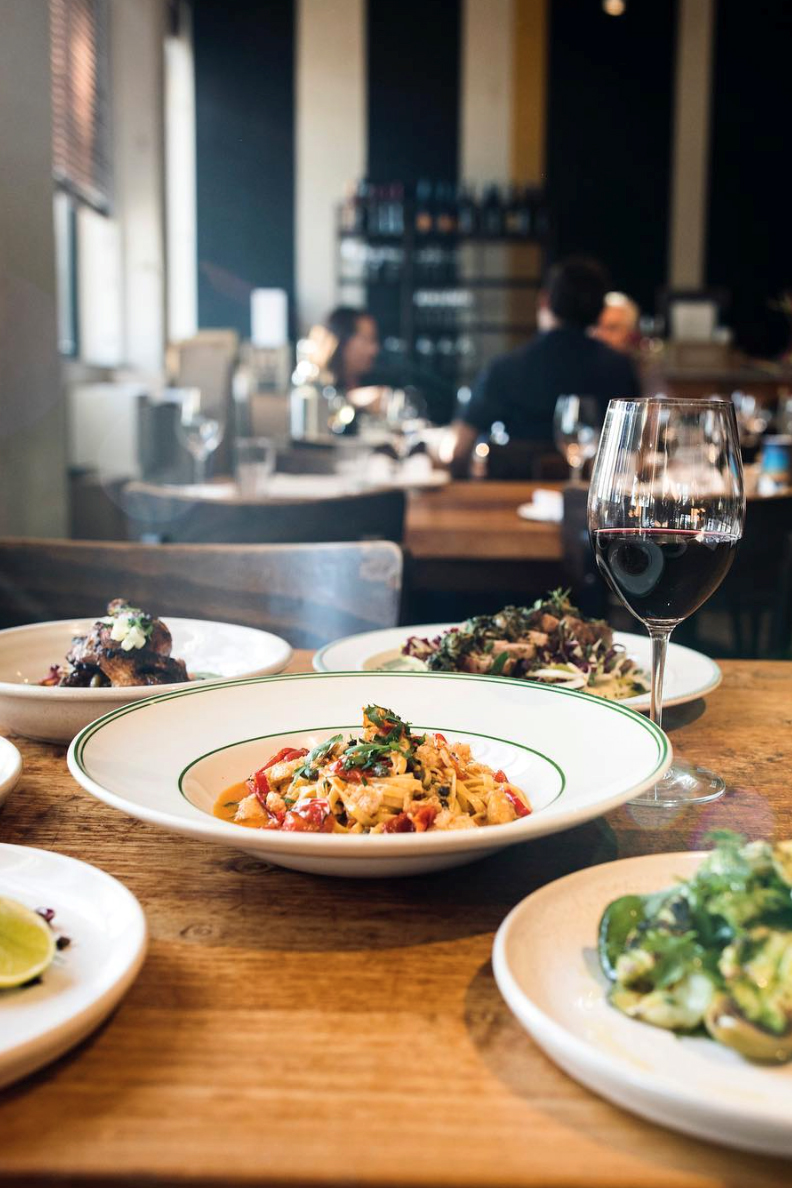 Square toe sandals. I want two things in shoes – comfort and style and a square toe sandal delivers this in spades. A mid-heel height is perfect for summer and works seamlessly with all my slip skirts and dresses as well as my favourite straight leg Agolde jeans. There are some great styles available from Topshop, By Far and Loq. 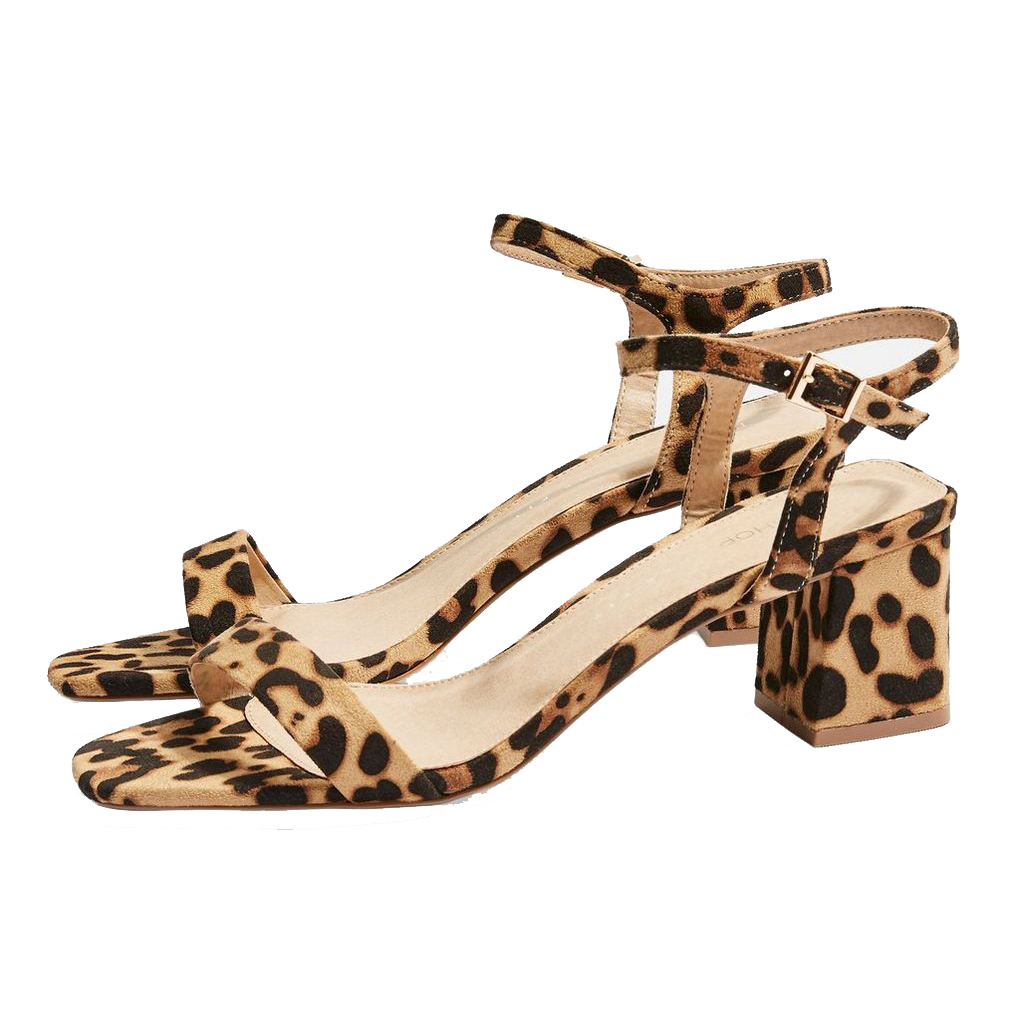 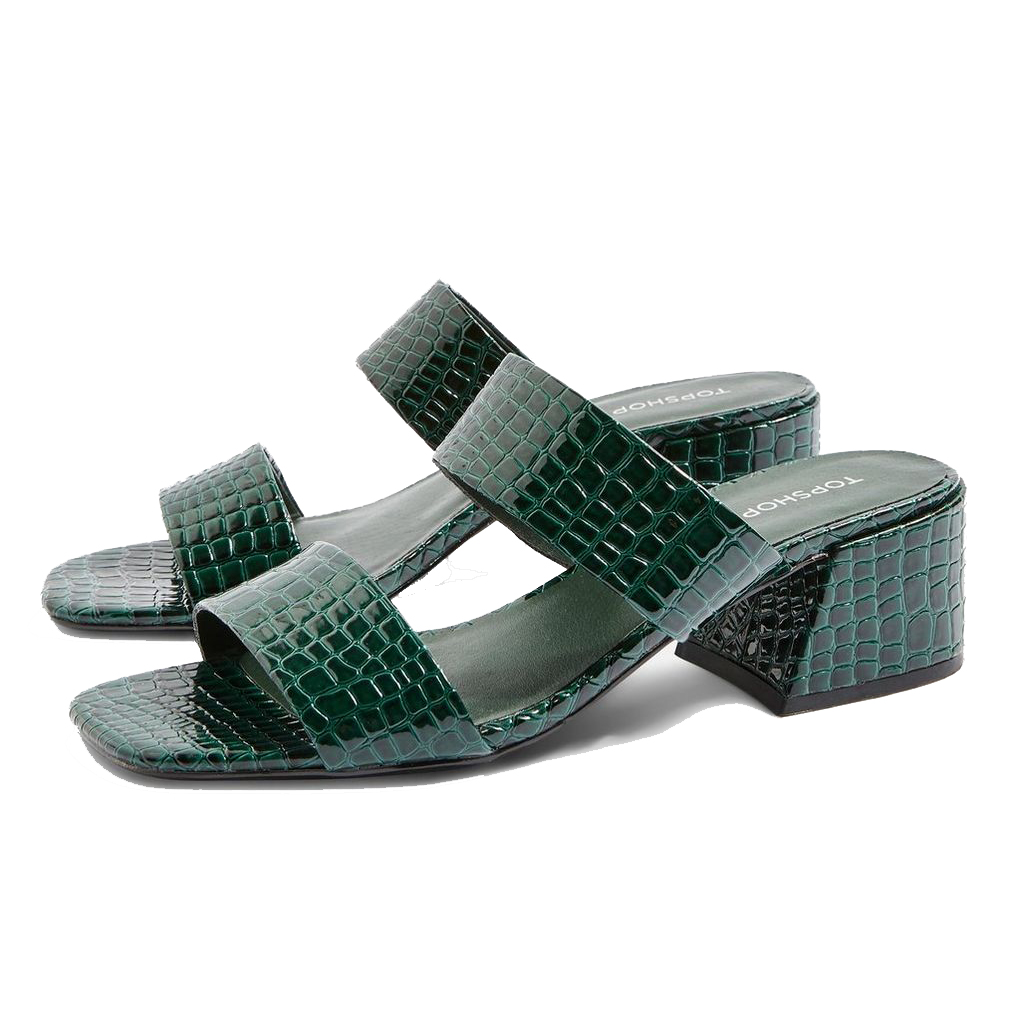 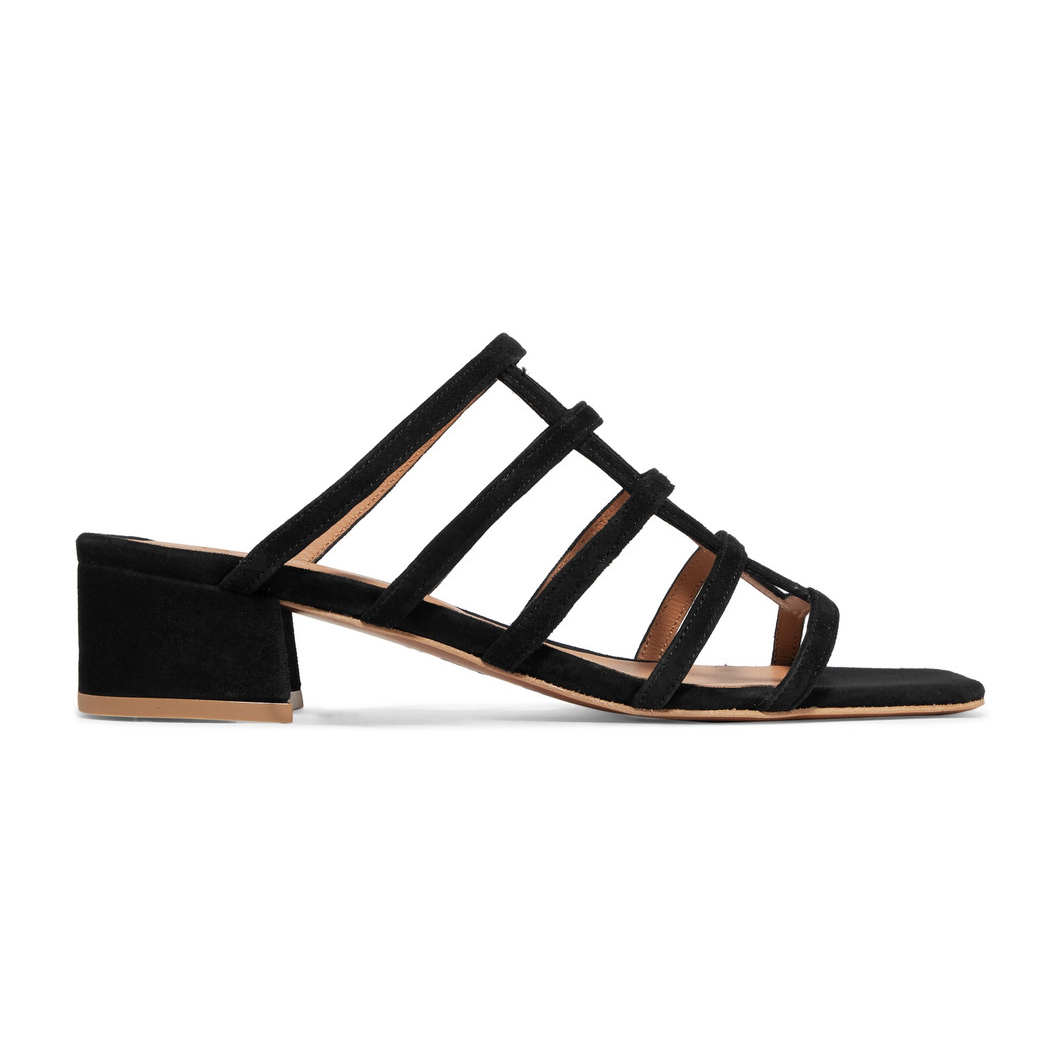 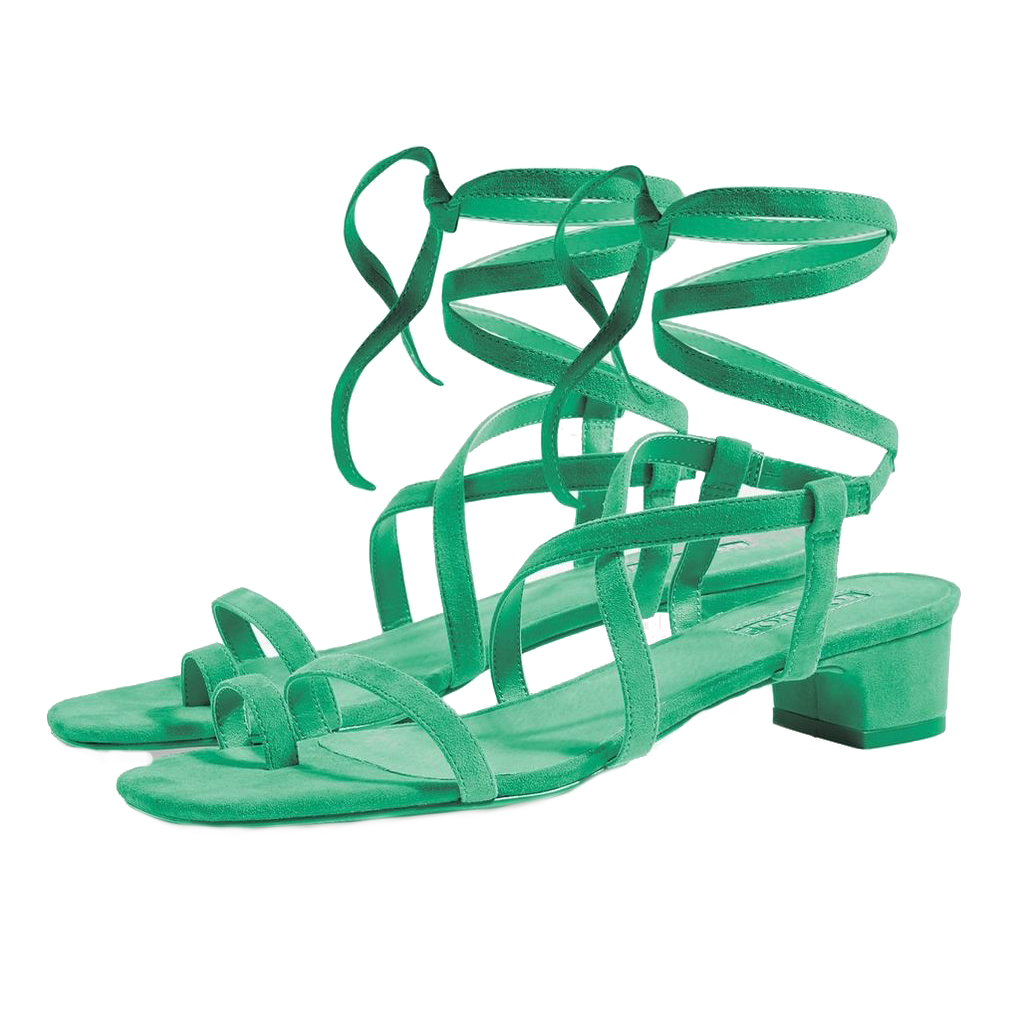 My GlamSwag. Put simply a GlamSwag is a portable down filled throw or bed. I keep one in the boot of my car and one at home. I use it at the park to lounge on (and drink wine) when I’m catching up with friends and watching Freddie play. It is so incredibly comfy and comes in a beautiful range of linens and velvets so they look stylish too. The one that I keep at home is used to put next to Fred’s cot for me to lie on when he’s having difficulty getting to sleep. I also have it in the living room when I have girlfriends around and we simply just lounge on it next to my low-lying coffee table. 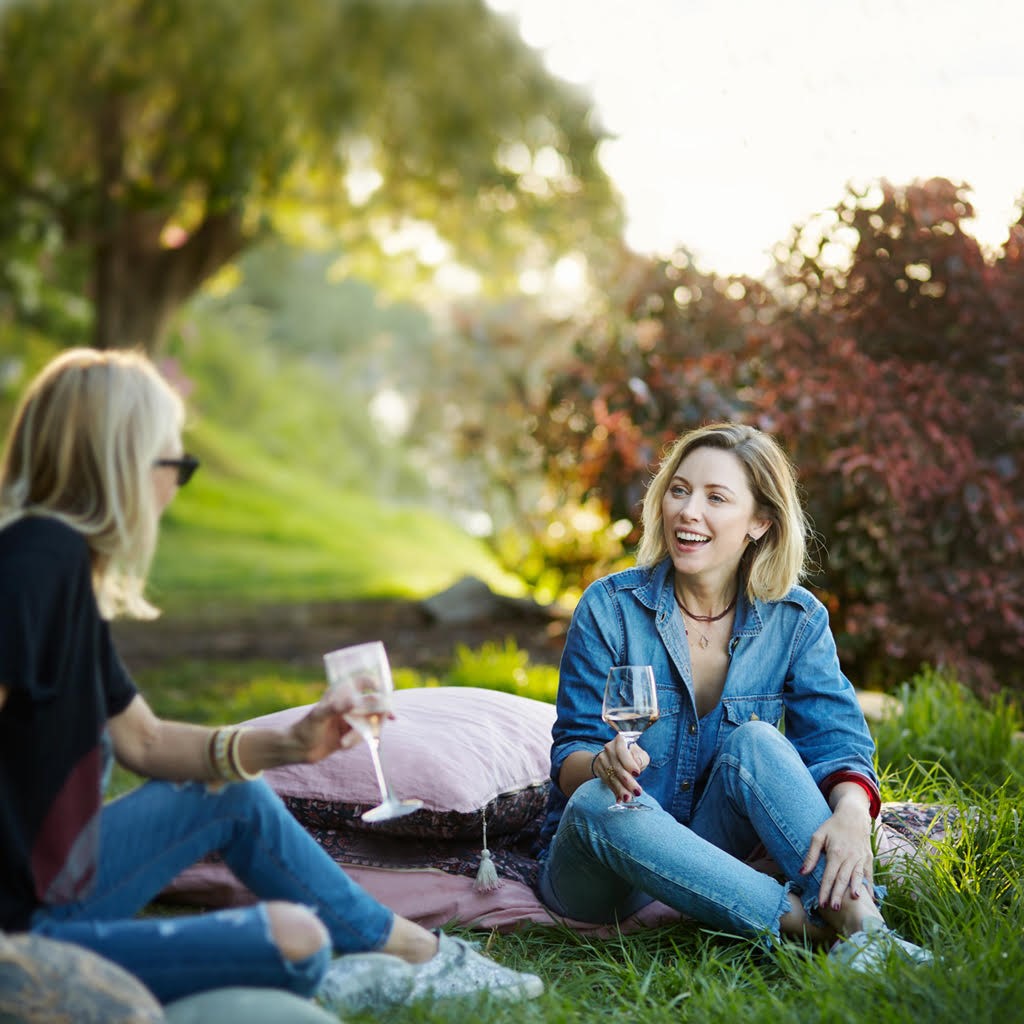 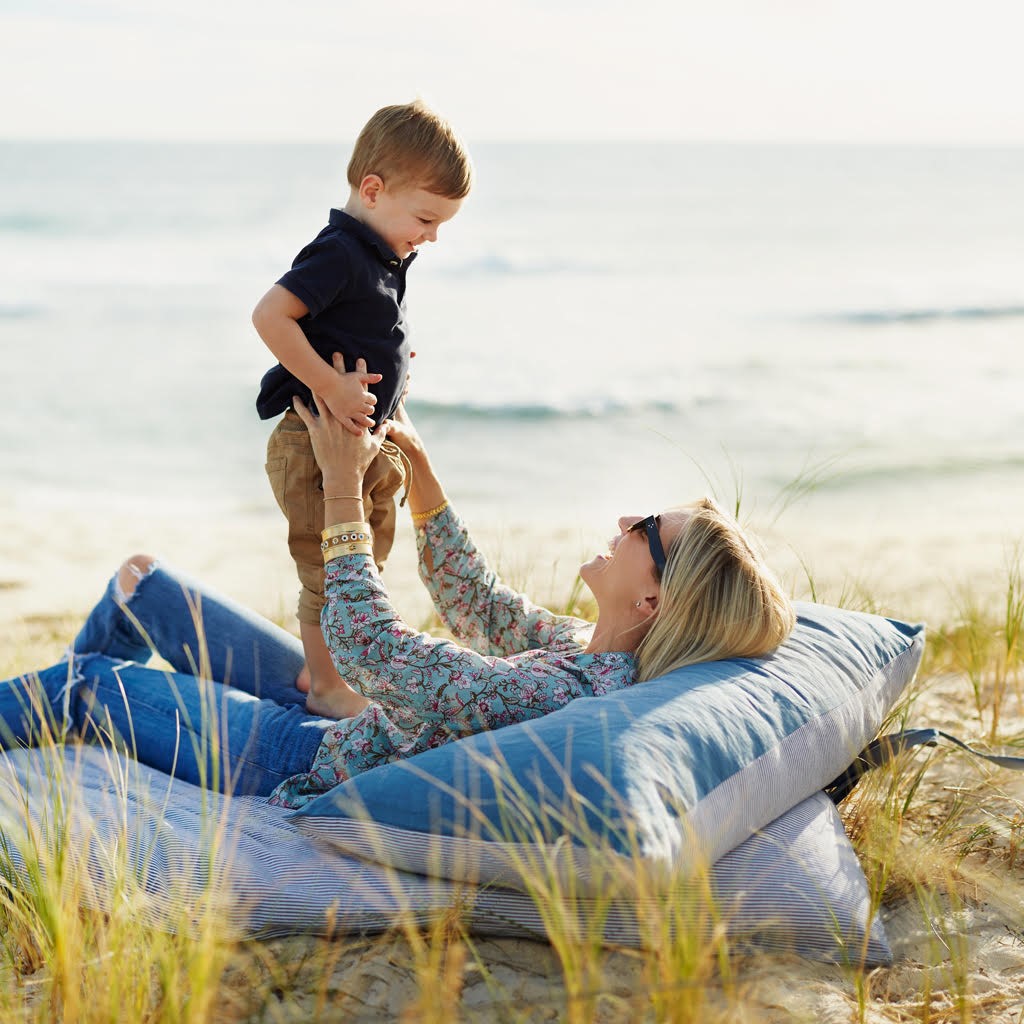 Empire Homewares in Claremont is a huge warehouse space filled with furniture, homewares, children’s toys and clothing, books, jewellery, a small plant nursery and other curiosities – a one-stop shop for all your living needs. It also features a child friendly café that serves decent coffee, sweet treats and sandwiches – the perfect place to think about interior decisions. 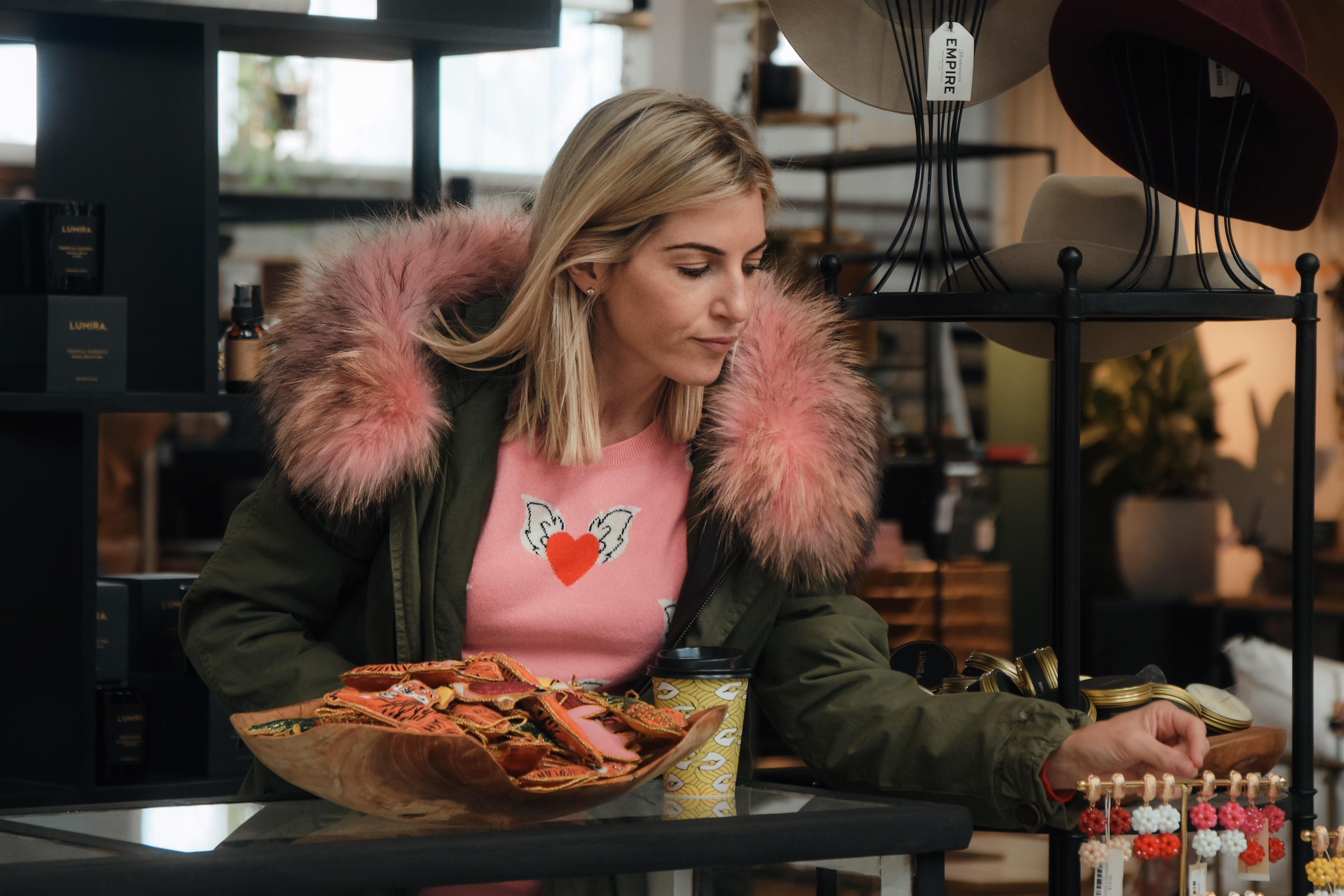 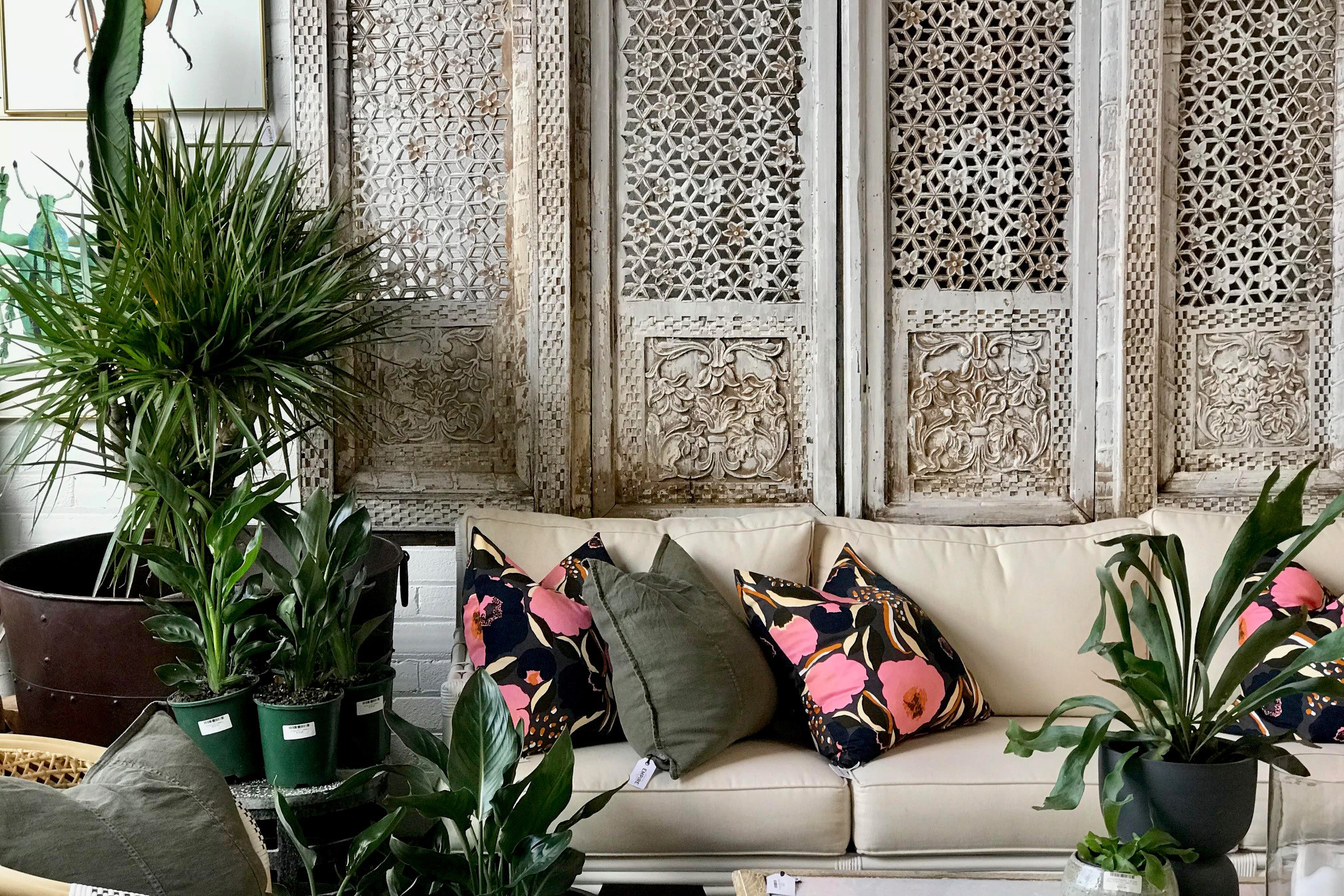 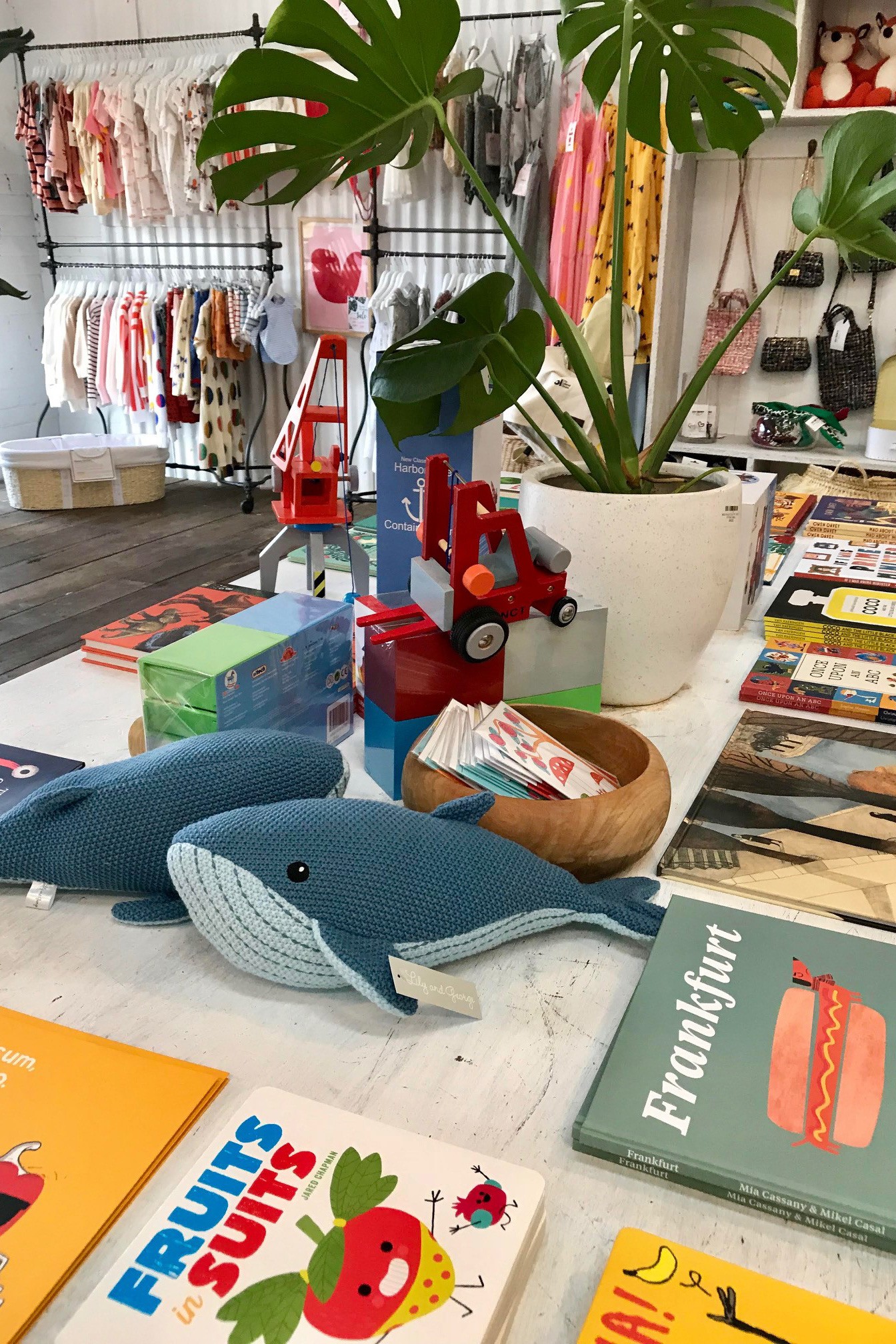 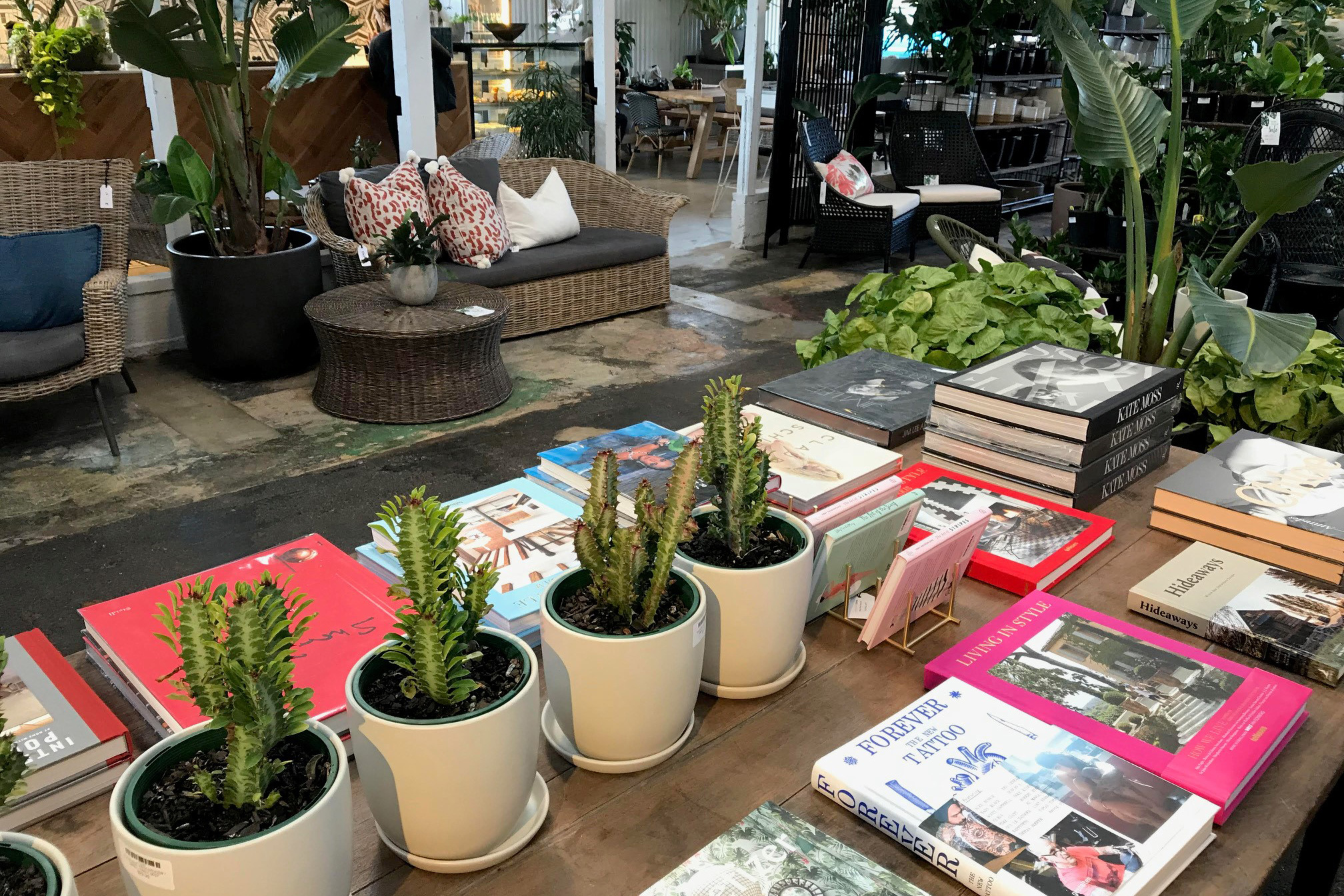 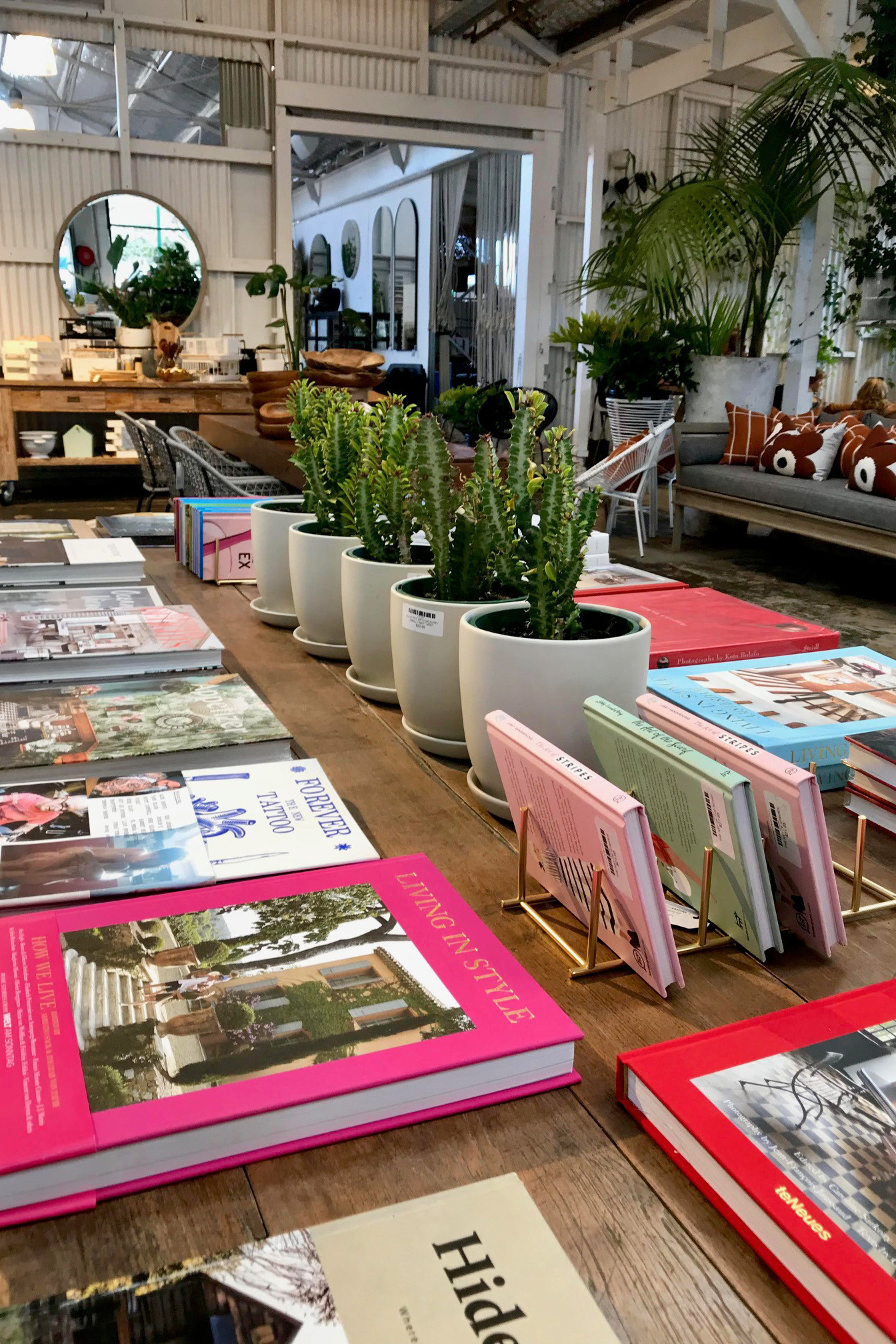 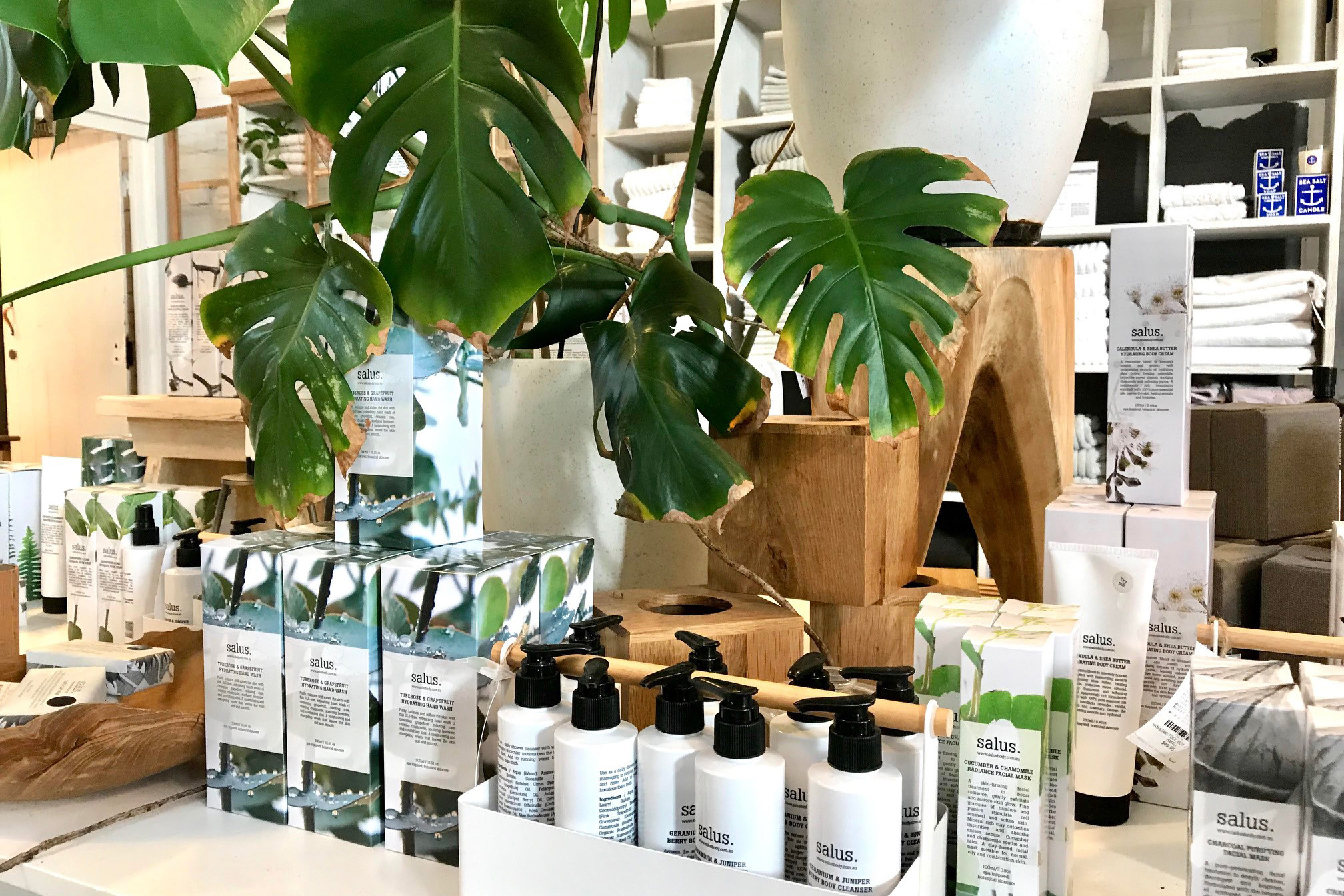 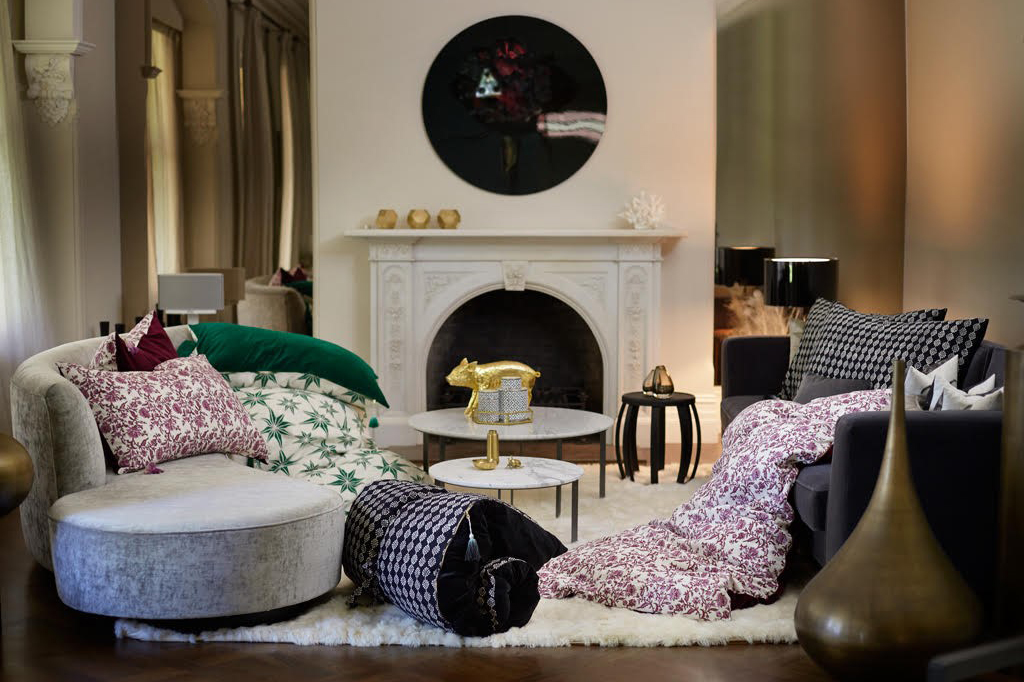 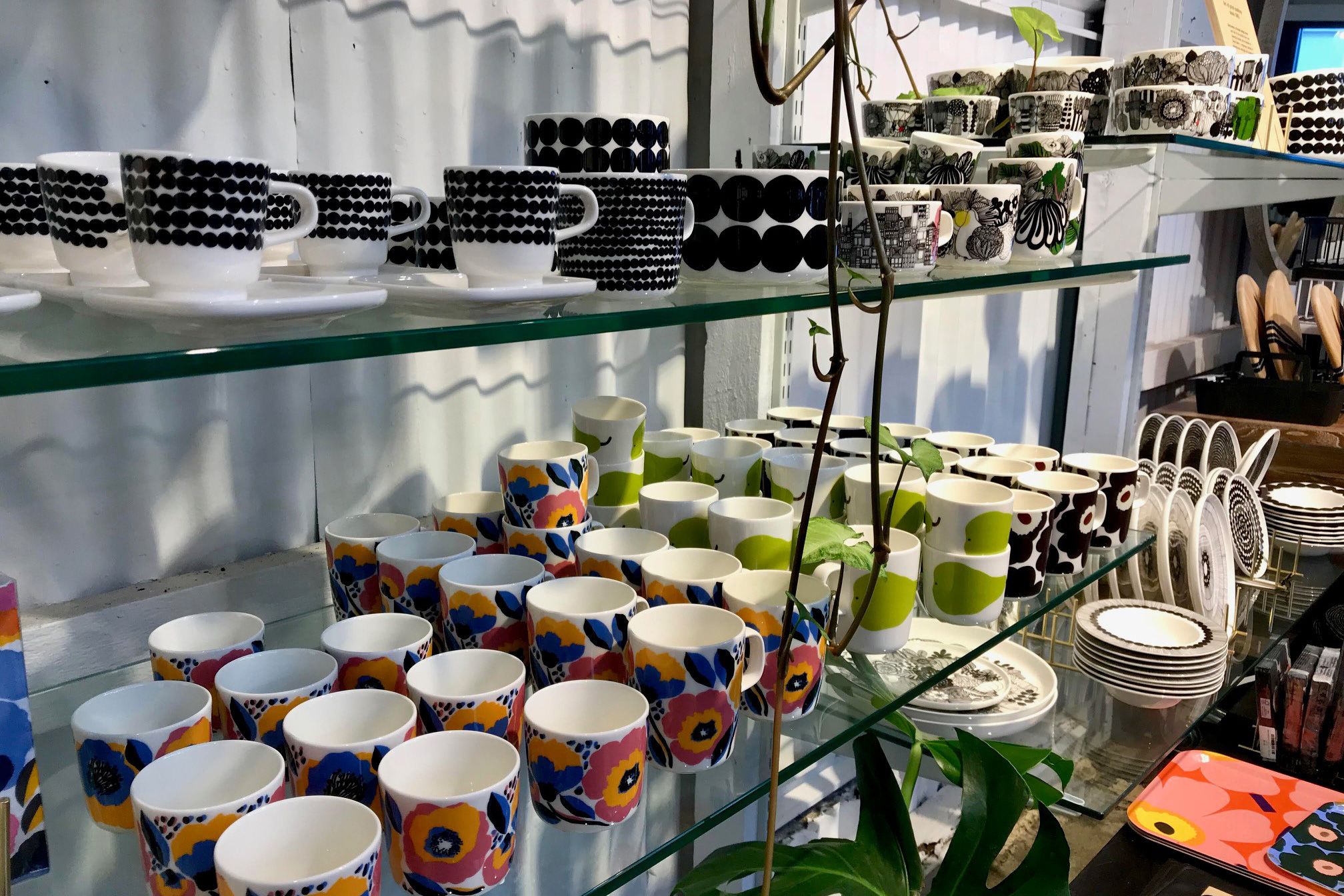 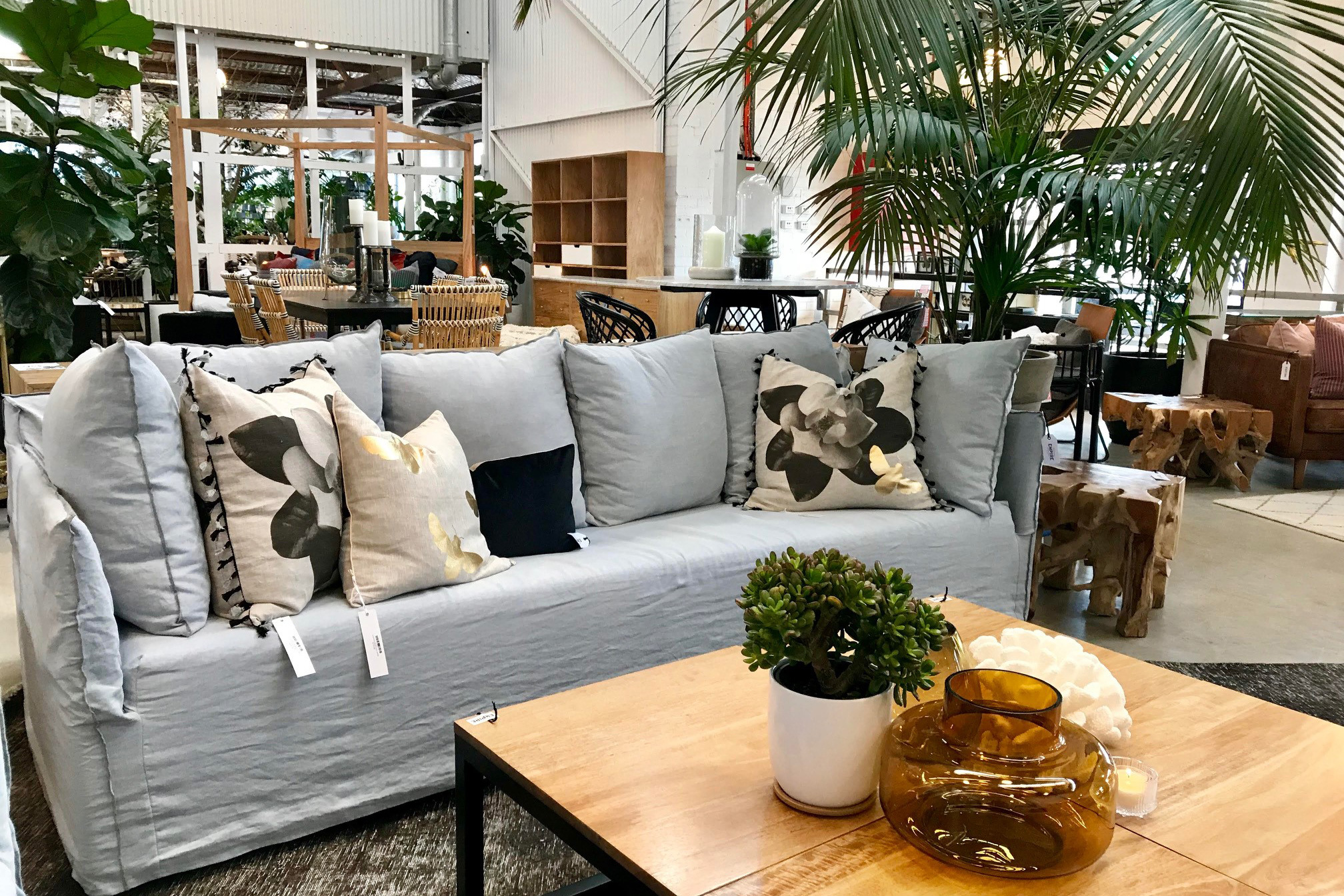 IT'S SPRING! HERE'S WHAT OUR FOUNDER GEORGIE ABAY IS WEARING