How My Parenting Style Has Changed After Having Two Kids 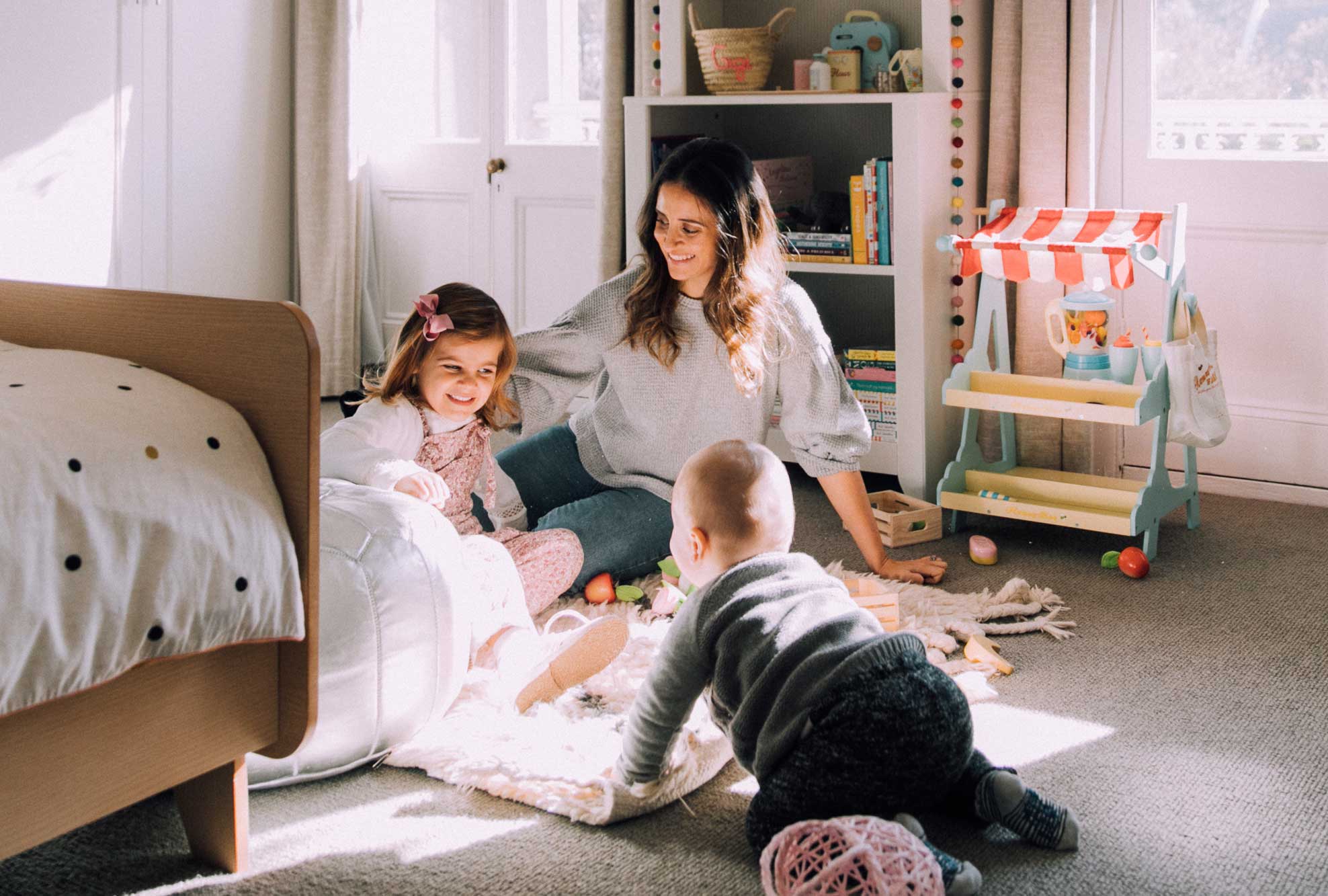 There’s nothing that compares to the chaos that having your first child brings...

The complete unknown territory of everything and anything baby-related hits you like a tonne of bricks as soon as you come home from hospital, no matter how many books and websites you’ve studied. I vividly remember bringing home our baby girl over three years ago and just staring at my husband and the bassinet where she was sleeping, not knowing what to do next, and I would say that feeling lasted a good six months in some shape or form. The second time around with my son, things have been a little different. I didn’t have that level of anxiety when we brought him home for the first time almost a year ago, because on some level knowing what to expect made everything feel a little easier. After speaking with friends in similar situations, I thought it was funny to draw attention to how drastically your parenting changes from one baby to the next. Image: Grace Alyssa Kyo | Hair and makeup: Sarina Zoe

As a fashion editor, I went a little crazy with the pre-baby wardrobe prep the first time around. I filled my daughter’s wardrobe with adorable yet impractical clothes from birth and beyond, spending an obscene amount of money on items that got worn once or sometimes not at all thanks to her rapidly changing size. I distinctly remember buying a cute Stella McCartney Kids dress for her first ever Santa photo, only to realise on the day that it didn’t actually do up at the back. I slightly changed tactic with my son, opting to put him in mainly onesies for the first year of his life. Babies grow, really quickly, and there’s absolutely nothing worse than fussy outfits when it comes to feeding, nappy-changing and general day-to-day play. The lesson here is that function will always trump form when it comes to keeping your baby dressed in the first few months. My advice is to stock-up on double-zip onesies (my favourites are from Pure Baby and Bonds) and save the “outfits” for when they can walk. Yes, that includes shoes and headbands. Mamas, don’t lose your heads!

We threw our daughter’s first birthday party at a nearby park, but it involved a lot of time and money spent on organisation, decorations, activities and food. I had a Pinterest board with references, selected a very specific shade of peach and gold as the “theme” and even coordinated my own outfit with my baby girl’s. My son turns one next month and I’ve organised absolutely nothing. Of course, we’ll have a cake and a small celebration with family, but I just don’t have it in me, or really see the point, in devoting a lot of time and energy into a big party at this stage of his life. No, I’m not being mean or exclusive, I simply have the benefit of hindsight now to realise that a party is a lot of work, and that the time and money spent on organising could be better spent on something else at this stage. Sorry Louis, promise there’ll still be balloons and a badly decorated cake!

By the time my daughter was one, she was enrolled in gymnastics, swimming, playgroup and music class. My first-time cluelessness thought that babies needed to be exposed to a wide range of activities at a young age, despite having to also establish a proper sleep and feeding routine at home. Oh boy, do I now know better with my son. I haven’t enrolled him into any activities yet, instead choosing to focus on a really stable home-life for the first year of his life. To say this has resulted in a calmer, happier and better-sleeping baby is an understatement. As much as I highly recommend joining a mother’s group, I also think you should absolutely go with the flow of your baby and not feel pressured to do anything that requires too much stress if you aren’t up to it. Traipsing a small baby around is no small feat, and any professional that tells you they need to start any sort of activity before their first birthday is lying. They absolutely don’t.

A girlfriend recently told me a funny story of her baby boy starting childcare vs. her daughter starting a few years ago. While her daughter had a brand new backpack, fancy name labels and new clothes, her son was sent on his first day with bottles marked with his name on masking tape in a Deliveroo food bag. You know what? He survived. Of course he did! I’ve taken a very different (possibly more lazy) approach to parenting the second time around that involves far less “things”, because guess what? You actually don’t need much. I’ve barely bought my son any toys in his 11 months of life, because I know that he doesn’t actually need anything. I’ve used kitchen utensils as toys, cardboard boxes as instruments and have made do with his sister’s hand-me-downs, and he seems to be doing more than ok. Instagram may tell you that you need wooden toys, a round, organically-stitched playmat and personalised bags, drink bottles, stationary and fancy appliances, but you absolutely don’t. All that stuff is so transient and ultimately really unnecessary.

Have you heard the story about the baby/infant/toddler who eats all five food groups with glee, day in and day out? No? That’s because they don’t exist! Look, I really tried with my daughter. She was fed all-organic, homemade purees, finger food and snacks and she still went through an (almost one-year) period of barely eating anything nutritional or substantial. She’s a lot better now, but we still struggle at times and I just don’t let it get to me. When my son started solids I took a much more relaxed approach. He occasionally eats organic home-made stuff, but he also occasionally eats his sister’s snacks and leftovers straight from the kitchen floor, and I can’t really be sure how long they’ve been there. This time around I’m putting the focus on family meals, and if my daughter or son doesn’t like what’s on offer, they simply don’t eat. Having two kids means having a lot less time, but it also means knowing exactly which battles are worth fighting and which aren’t. Yes, it’s double the work, but my goodness it’s also double the fun.