“As night falls, as dinner is picked at, he becomes quieter and quieter, until the questions start. ‘Will I die?’ he asks” – Parenting The Anxious Child 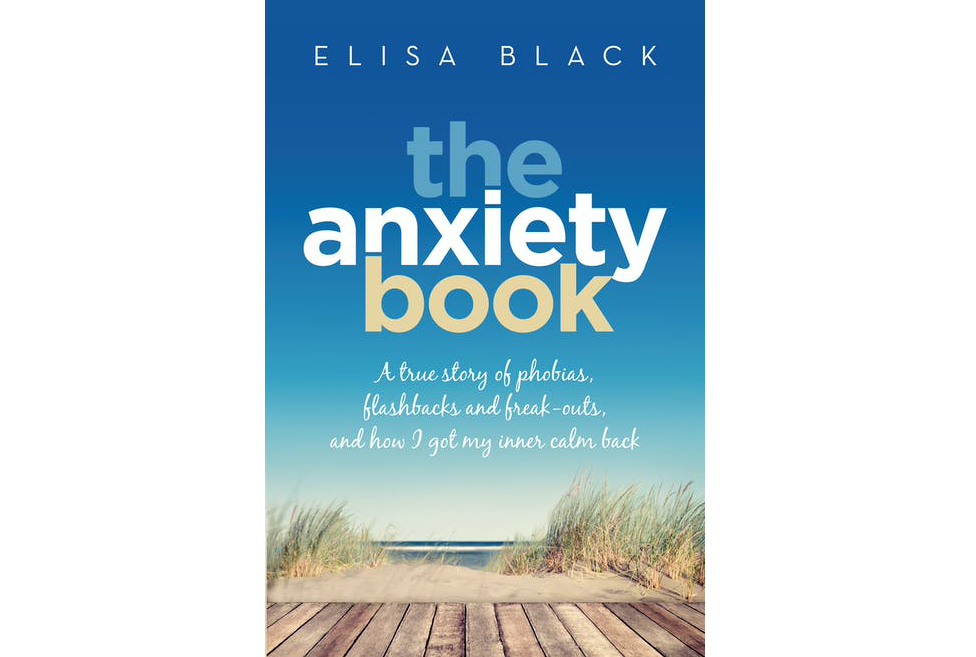 There's anxiety, the feeling - and there's Anxiety, the condition. And then there's 2020, the year when we've probably all questioned, at least once or twice, whether we're feeling anxious or suffering from Anxiety...

For author Elisa Black, Anxiety isn’t a passing emotion, heightened by a global pandemic or a horrific bushfire season. It’s a condition she’s lived with, and now explored via her new work of non-fiction, The Anxiety Book. A tapestry of memoir and science, The Anxiety Book weaves stories from Elisa’s own experience of panic attacks, postnatal depression, and raising an anxious child, with information and resources to arm the reader with tools.

This is an extract from The Anxiety Book by Elisa Black, published by Hachette Australia, out now. 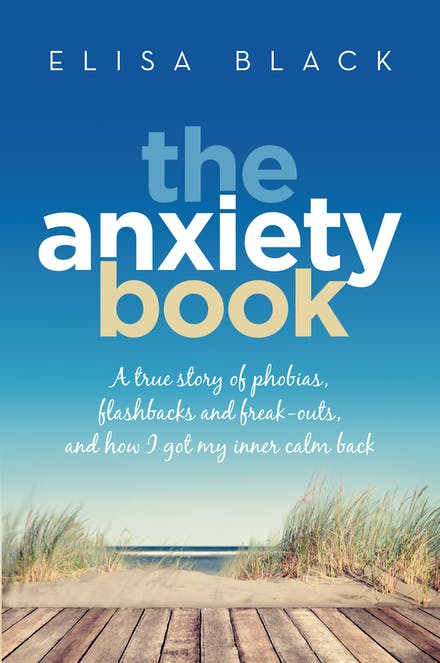 He gets more and more scared as the sun starts to go down.

As night falls, as dinner is picked at, he becomes quieter and quieter, until the questions start.

Not wanting to lie but knowing he is too young to understand the uncertainties of the world (I’m still not ready to accept them, either) I say, yes, we all die eventually but he won’t die until he is an old, old man, even older than Grandma.

He considers this for a moment.

‘Will my eyes shut forever when I die? Will you be with me?’ And then his beautiful face folds and tears streak silently down his round cheeks, and despite all the years I have wondered and questioned and feared the same things, I don’t know how to help him and I wonder what on earth my anxiety was for, the years of introspection and idiocy, if I don’t know how to help my boy.

So I reassure, I cuddle. When frustrated, I tell him to stop being silly, but, just like my mum could never convince me I was safe – from the drowning hole, from disease, from embarrassment – I can’t get him to believe that everything is all right. Always sensitive, Sam’s anxieties seem, horribly, to closely mirror my own. My fear of the drowning hole is mirrored by his fear of floods, that he will be engulfed or washed away.

When Sam started school last year we chose a Catholic school, not because we are religious but because they put on a good private school for a fraction of the cost of the posh ones. Sam’s school is tiny and sweet but, for the first time, he has heard about traditions like Easter and crucifixion and nails and bleeding and rising again, and it is all particularly terrifying for the anxious five-year-old brain with a tendency towards literalism and melodrama.

In the second week of school his teacher pulled me aside to tell me that Sam had scratched another little boy. He was spending every recess and lunch in the doorway of the boys’ toilet because, in his first week, he had seen a group of kids mucking around, seeing who could get the soapiest hands and make suds spill out of the drain in the middle of the floor. To Sam, these ‘bubble floods’ were enormous tsunamis capable of washing him away. Through shaking tears he told me he had to watch to make sure that the bubbles didn’t keep rising, didn’t spill out of the bathroom and into the playground where they would inundate his classroom and kill him. One week he was convinced that the bubbles were capable of becoming so powerful that they would take over the world and wash all of the country’s scorpions to him, then they would sting him to death. About to scoff – and how heartless of me to even think of dismissing his fears when I have been controlled by a litany of the ludicrous – I had to show him why that was impossible. At the end he nodded sadly, though I could tell it was more in an effort to mollify me than because of any real relief he felt.

Sam lives much of his life in his mind. After school and on weekends he will spend hour after hour bent over pages of blank paper, filling them with elaborate maps and game designs. When he is happy with his plans he will rope his dad into a game of magic or some other rough boy-game, but if it deviates from his idea of what should happen he will dissolve into tears or tantrum. He wants to control his world as much as I do mine. Sam was a very ‘good’ baby – ‘one out of the box’ was how my dad described him. He didn’t cry as much as I heard the other mums say was usual for their kids, was easily soothed with a cuddle and a whispered word, smiled early and often.

Yet he was sensitive too. Scared to try new things. He still is. A new food on his plate will send him into a rictus of disgust; if forced to try something he will often vomit it straight back up, screaming it is too soft or rough or pointy or yuckyyuckyyucky.

At kinder-gym, as other kids raced around and climbed to the top of the bars to the proud-terror of their parents, Sam would climb one or two rungs before wailing for me to rescue him. If a bigger child muscled him out the way when he was playing with a new toy, he would actually shake with rage, his fists clenched and juddering at his sides.

When Sam was three we started taking him to Little Athletics because he is clumsy and skinny and we thought he would like it. It was hot and bright on the oval, and as the other kids charged about, yelling and boisterous, Sam hid behind my legs, refusing to even try a race or throw a ball. He cried and cried, increasingly hysterical and obstinate, and I felt like the worst kind of mean mum but also so frustrated that I just wanted to grab him and shout in his tiny face – so like my own – ‘WHY CAN’T YOU JUST BE NORMAL? DO YOU KNOW HOW ANXIOUS YOU MAKE ME? JUST BE LIKE THE OTHERS!’ I don’t want Sam to spend as much of his life worried as I have. I want him to embrace life, bask in it; I want him to learn to roll with the punches, to accept the occasional sadness and mayhem that comes with a life well lived. However, the techniques I use are too much for a small boy, I can’t expect him to sit with his anxiety while a flood comes thundering towards him. Can’t expect him to understand why such a flood is unlikely or how I will always do my very best to keep him safesafesafe.

Instead, my husband and I, we try to think like him. When Sam is starting to panic, we ask him to look for evidence and solutions. He is interested in science, has talked for years about wanting to be a ‘submarine builder’ when he grows up, so we talk about being scientists, about looking for the reasons behind how things work. We challenge his fear with reality. When his fear of bubble floods rears its head we talk about how weak bubbles are; we make some out of detergent and get him to smash them and talk about how easy it is; we point out drains in the street and show him where water goes after it rains. We encourage him to be observant about happy things too – to get down close to the ground to notice the way the earth cracks in the summer, to describe a weird bug on a bushwalk, to answer his own questions about the world by paying attention to what really is.

His fear of death is trickier and, ironically, we have chosen to rely on a Catholic tradition to sooth our not-very-religious child (although I often hear him whisper, ‘Dear God, please bring me more Pokémon’, from the back seat when I drive him home from school). We tell him that when he dies, when he is an old, old man, even older than Grandma, he will go to Heaven and we will all be there waiting for him. The enormity of death and oblivion is too scary for me, let alone a five-year-old. When the anxiety still curls in his tummy, scratching at his throat with needled claws, we talk about Dudley Danger. He knows being anxious sometimes is good. That it keeps him safe and well. We all have it. But when his anxiety is going crazy we tell him Dudley Danger is being silly. It’s something I read – that giving his anxiety a name so he can see its face and push it away helps to deny it power, to take that power back as his own.

Sometimes this works, sometimes it doesn’t. If we can make Dudley look especially silly and stupid, if we can make Sam laugh by pretending to push Dudley into a puddle or sweep him into the bin, all the better. Sometimes the best we can do is distract him with a movie, get him running and laughing, start to plan his birthday party even though it is months off – anything to chase the shadows away. He still climbs into bed with us on some nights, some weeks more than others, and I often don’t even know he is there until morning, he cuddles in so quietly and lies absolutely still. Then he will whisper, ‘It’s morning’ in the grey light and I will turn around and kiss his cheek.

And we ask each other, in hushed voices, what wonderful things might happen today.