“Prejudice, disbelief, and judgement” – This Crime Reporter Tells Us How Women Are Treated In The Australian Justice System 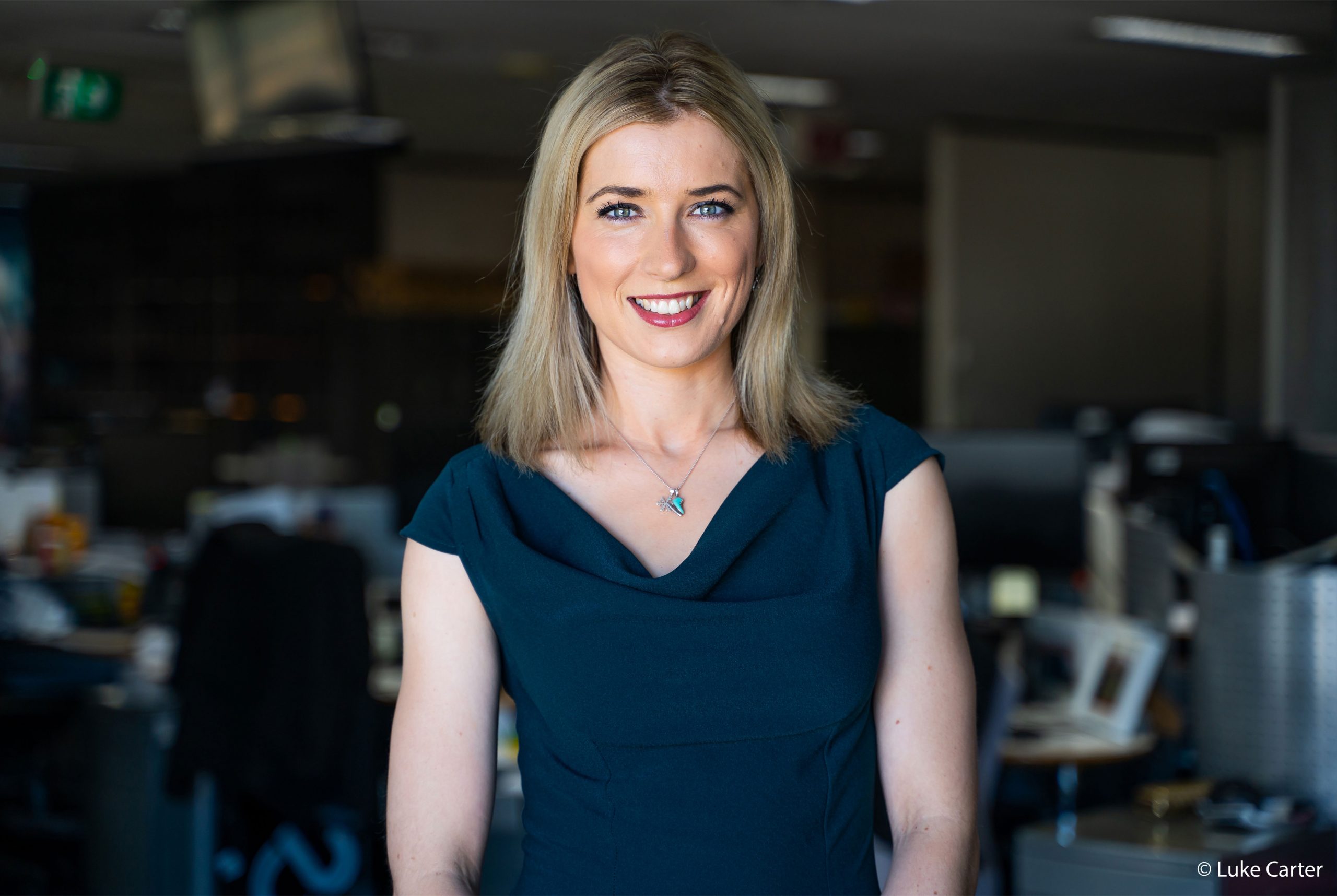 Katherine Firkin imagined a career writing women’s fiction. And she has indeed just released her debut novel, Sticks and Stones – but it’s a far cry from the ‘chick lit’ she once devoured. Sticks and Stones is inspired by the often traumatic realities Katherine has witnessed in her accidental career as a crime reporter...

While she’s seen tragedies that have shaken her to her core (she recalls arriving at the scene of an accident as a mother and father identified their son – “the sound of the mother’s scream will stay with me forever”), it’s the systemic cycle of violence against women that has inspired her book.

The Australian justice system, she tells us, repeatedly fails women. One of its shortfalls is that “complaints and threats are rarely taken seriously, until physical harm occurs.” And the situation has been terrifyingly exacerbated by the coronavirus lockdown, with many at-risk women unable to escape their abusers.

So what can we do in the face of a broken system? Well, it starts at home, with our children. “Violence against women (and girls for that matter) tends to be rooted in gender-based discrimination and social norms that perpetuate ideas that women are the ‘lesser’ sex”, Katherine tells us. “This is why it’s so important to keep calling out damaging gender stereotypes and focusing on educating young boys and girls about respectful relationships and gender equality.”

We spoke to the author about her career pivot from sports journalism to crime reporting, her coverage of the Renea Lau case, and the changes that need to be made to break the cycle…

Sticks And Stones is available here 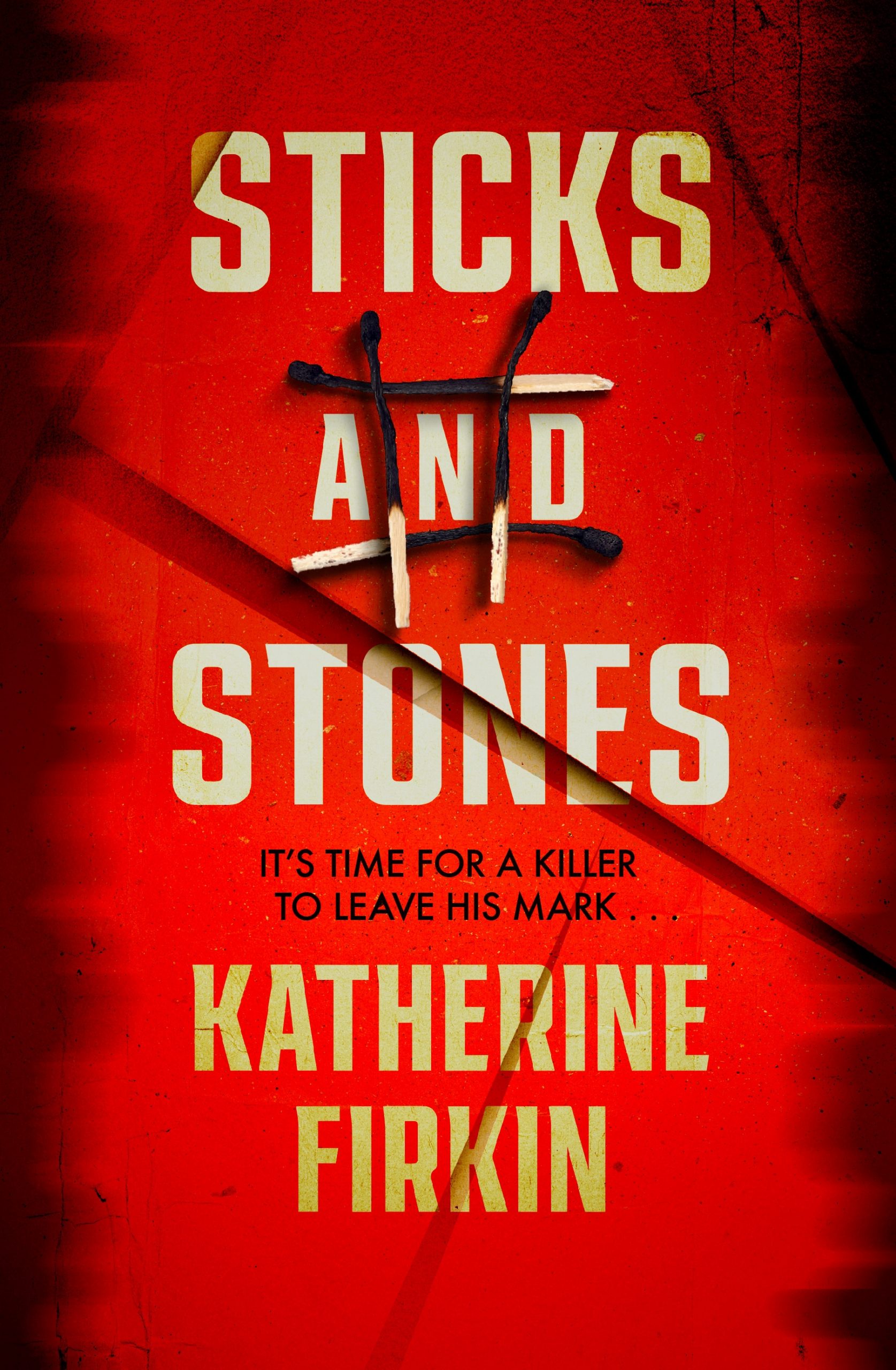 This is your debut novel - was writing a book always on your bucket list?

I’ve known I wanted to be an author for as long as I can remember, but I never imagined writing crime. In fact, I always thought I’d end up writing women’s fiction – it was what I loved reading the most in my late teens and early 20s, and I had lots of ideas for books. But after a few terrible attempts at manuscripts, I quickly realised that genre wasn’t for me!

You started out as a sports journalist - how did the transition to crime reporting come about?

I really did have my sights set on building a career as a sports journalist, and the move to crime reporting came about almost by itself. I was asked to help in the coverage of the death and funeral of notorious underworld figure Carl Williams, and I guess my bosses must have been happy – because I was asked to do more and more work along this line. Eventually I was moved to breaking news permanently, and I became hooked.

In writing the book you hoped to draw attention to the growing wave of violence against women. Why do you feel this is an issue that needs to be addressed urgently?

What you see in the court system, over and over again, is the cyclical nature of neglect and abuse. More often than not, violent offenders have experienced traumatic childhoods – suffering either physical or emotional abuse, and often a combination of both. They have grown up feeling neglected, unloved, and helpless. As a result, they turn to violence as a way to exert their power and gain a sense of control. Tragically, it’s usually women who bear the brunt of their aggression.

“ The trial process for victims of sexual assault is hugely traumatic, and depending on the circumstance surrounding the offending, they often face prejudice, disbelief, and judgement. ”

Your experience as a crime and court reporter gave you a harrowing insight into the cycle of violence against women. What shortfalls do you see in the way our justice system currently deals with this issue?

There are many failings in the way our justice system deals with violence towards women – the biggest in my mind, is that complaints and threats are rarely taken seriously, until physical harm occurs. The leniency of sentences is another huge failing – and this is particularly exacerbated when we look at the sentences handed to perpetrators of domestic violence.

Then there’s the issues of sexual violence… there’s a reason this is still the most underreported crime – victims are fearful of the way they will be treated, and sadly there is often good reason for this fear. Although there have been some advances in this area, the trial process for victims of sexual assault is hugely traumatic, and depending on the circumstance surrounding the offending, they often face prejudice, disbelief, and judgement.

Unfortunately the recent restrictions due to coronavirus have devastating impacts for women experiencing domestic violence and abuse. Can you tell us about that?

The United Nations declared violence against women a global pandemic back in 2018. Ironically, it’s taken a health pandemic to really highlight the extent of violence that many women around the world are facing on a daily basis. With many people restricted to their homes, domestic violence rates have surged in most countries. In Australia, there has been a 75 per cent increasing in online searches about domestic and family violence, and frontline services are reporting a dramatic rise in calls for help.

What can we do to help?

Violence against women (and girls for that matter) tends to be rooted in gender-based discrimination and social norms that perpetuate ideas that women are the ‘lesser’ sex. This is why it’s so important to keep calling out damaging gender stereotypes and focusing on educating young boys and girls about respectful relationships and gender equality.

In addition to this, we all need to keep talking about violence against women, to keep it relevant and front of mind for politicians and those within the judicial system.

“ I think of the details of her injuries, and the violence that was inflicted on her, every time I pass the area where she was killed. ”

How do you personally process the horrific things you hear as a crime reporter? Do you compartmentalise?

There’s no doubt that you see and hear horrific things as a crime reporter. Over the years I’ve got better at compartmentalising the day, and I’m able to put the details of most cases out of my mind. There are, however, some events that I simply won’t forget. One of these happened very early in my career, when I arrived at the scene of an accident and witnessed a mother and father have to identify their son, who’d just been struck by a train. The sound of the mother’s scream, and the image of her collapsing to the ground will stay with me forever.

Another event I won’t forget is sitting through the criminal trial of the man who killed Renea Lau. Renea was a pastry chef living her ‘dream life’ in Melbourne, after moving over from Hong Kong. She was dragged off the street and brutally raped and murdered in an attack that lasted at least 80 minutes. I think of the details of her injuries, and the violence that was inflicted on her, every time I pass the area where she was killed.

What's next for you?

I’ve just finished what I hope will be my second novel – another crime book which continues to follow my lead detective Emmett Corban on his next adventure. It’s set in Blairgowrie – a coastal town in Victoria – and focuses on the disappearance of a 14-year-old girl.

Outside of my writing I’ll continue reporting and working in the media… I really can’t imagine doing anything else!