What Reese Witherspoon And I Have In Common (Spoiler Alert: We’re Both Pigeons) - The Grace Tales

What Reese Witherspoon And I Have In Common (Spoiler Alert: We’re Both Pigeons)

Home » What Reese Witherspoon And I Have In Common (Spoiler Alert: We’re Both Pigeons)


I never thought I had anything in common with Reese Witherspoon. I lack her long, luscious blonde locks, her legion of fans and her array of Hollywood blockbusters...

But today, the bridge between us was narrowed. You see, today, she referenced this cartoon and referred to herself as the pigeon: 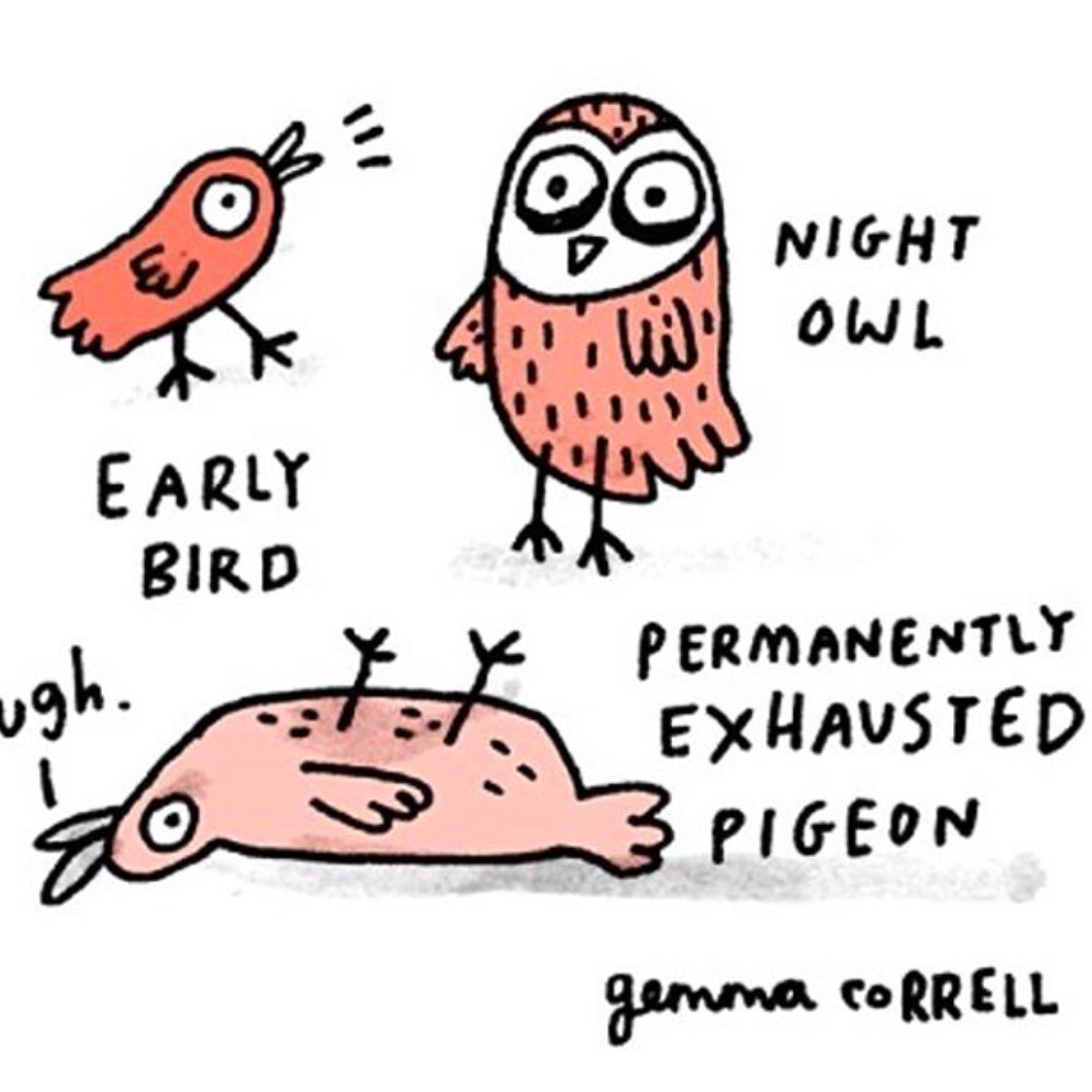 And oh boy, Reese, honey, sweetheart, darling: do I hear you. For those of you reading this with your first baby nestled in your arms, the bags under your eyes drooping to the floor and caffeine filling your veins with the warmth of a thousand hopeful suns – look away, my friends. For what I’m about to say next will not be welcomed kindly.

Okay – if you’re still reading on I’m assuming you’re a little further down the track of this whole parenting gig… So now I can share this secret with you: that crazy, exhausted, Have My Eyeballs Been Peeling Onions Because I Swear They’ve Never Burned Like This pain of tiredness that takes over your life after having a baby? In some ways, it never ends.

Oh, it gets better at certain times.There are times when the kids sleep through, and you and your husband wake up in the morning, confused but delighted about the night that just passed. But then, something changes.

Someone gets sick. Someone starts teething. Someone needs to desperately discuss who would win in a battle, Mace Windu or Darth Maul (someone is going through a Star Wars phase in my house – can you tell?)

Don’t get me wrong; I honestly wouldn’t swap the joys of being a mum for anything. But the tiredness? That tiredness is real, yo. And the cartoon Reese tweeted says it so well. Because before having kids it was easy to classify ourselves as either ‘night owls’ or ‘morning birds’. And it was okay to be one or the other, because we could simple sleep when it best suited us. But, nowadays? We don’t get the luxury of sleep-ins because we’re night owls, or the ability to go to bed early and sleep the whole night… because, you know, children.

I must admit, when I first saw Reese’s tweet (mmmm, that sounds like a chocolate bar…. Now I’m hungry…. Damn you, exhausted brain), I thought: But her older kids are already 16 and 12, surely they’re letting her get some sleep?

Then I realised, I’m doing that thing that all parents do. You know, that thing where you think of some future age for your children and imagine how much ‘easier’ it will be? (That is, until your child reaches that age and you laugh at your previous naivety?)

Look, maybe Reese is referring to the permanent exhaustion that comes from long days of parenting, rather than the exhaustion of broken nights. I’m not really sure. All I know is that it seems like even being a totally famous multimillionaire can’t stop a mother from feeling like a frazzled chook. And if Reese Witherspoon feels like that, I figure little birds like myself don’t really stand a chance of not feeling the same.

So, fellow permanently exhausted pigeons, I think it’s time we fluff out our feathers, lie on our backs and stick our legs in the air. Because if we can’t beat the exhaustion of parenting? At least us birds of a feather can flock together.

THE STARTUP DIARIES: THE RISE AND RISE OF THE MICROBRAND

The Startup Diaries: The Rise And Rise Of The Microbrand

The Startup Diaries: The Rise And Ris...

Amanda Woodward Brown Shares Her Monthly Edit of Where To Shop