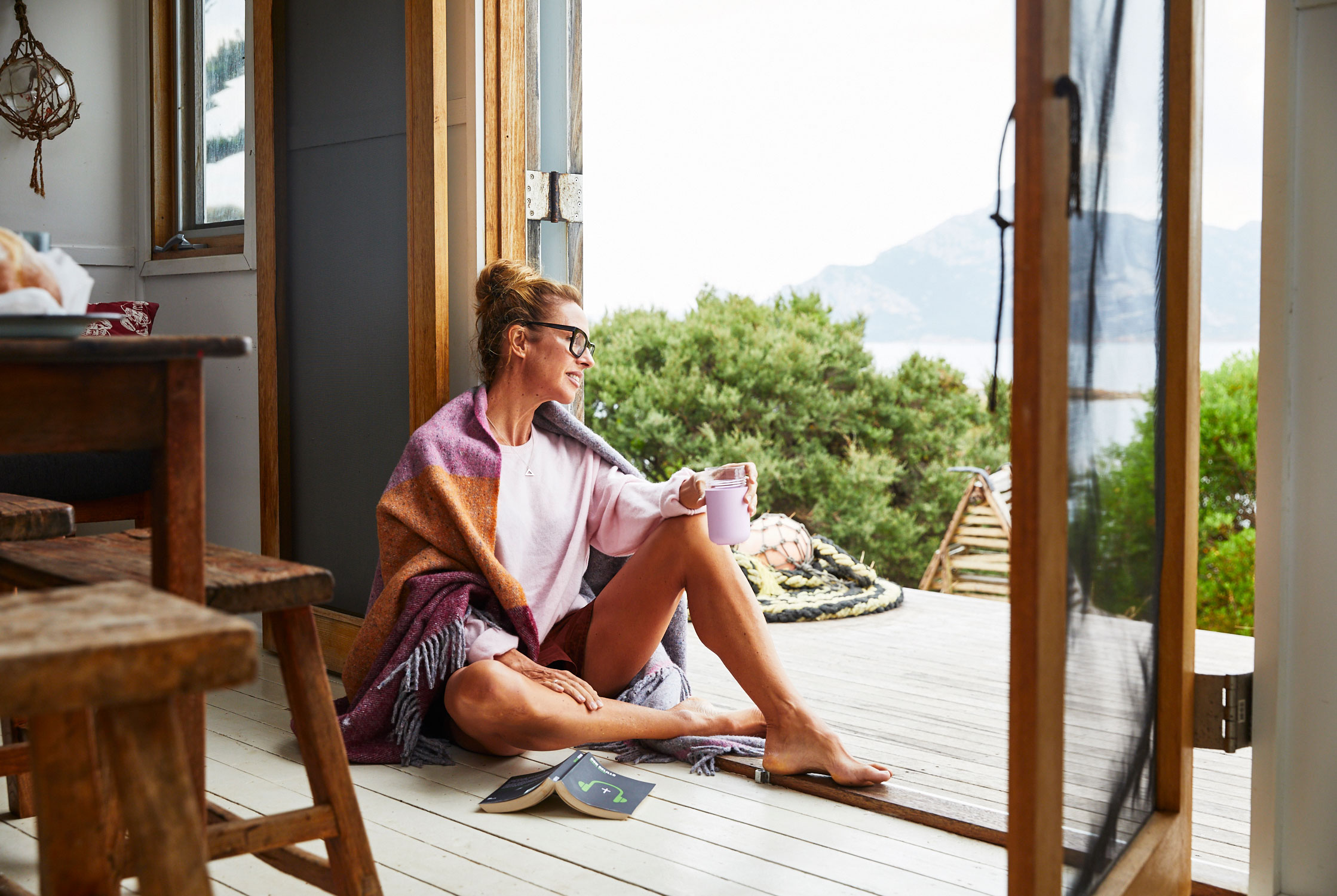 Sarah Wilson is known for many things. Wellness crusader ... Fierce sugar-quitter ... Anxiety campaigner ... Incredible entrepreneur and best-selling author ... But one thing she is certainly not? Quiet about what really matters.

Her latest mission is “Two Good Throws” – the first in a series of philanthropic collaborations between Sarah and the social enterprise Two Good, which supports women fleeing domestic violence. For each blanket sold, another is donated to a women’s shelter during the winter months. And these are not just any blankets. In fact, Sarah and Two Good were insistent on the quality being the same as what would be expected from the most discerning homes in Sydney and Melbourne. So the throws were designed by Sarah in collaboration with Waverley Mills, and are made from 100% recycled yarn made from offcuts and seconds blankets, which are shredded before being spun and blended with super-soft Australian merino wool.

If you’re thinking these throws sound like a far cry from I Quit Sugar – you’d be right. As many of us will be aware, Sarah famously walked away from her I Quit Sugar empire, donating all her business’ profits to charity.

We spoke to Sarah about her collaboration with Two Good, and she was refreshingly honest and open about her decision not to be a mother, how she’s finding purpose and how she’s doing her best to deal with grief. 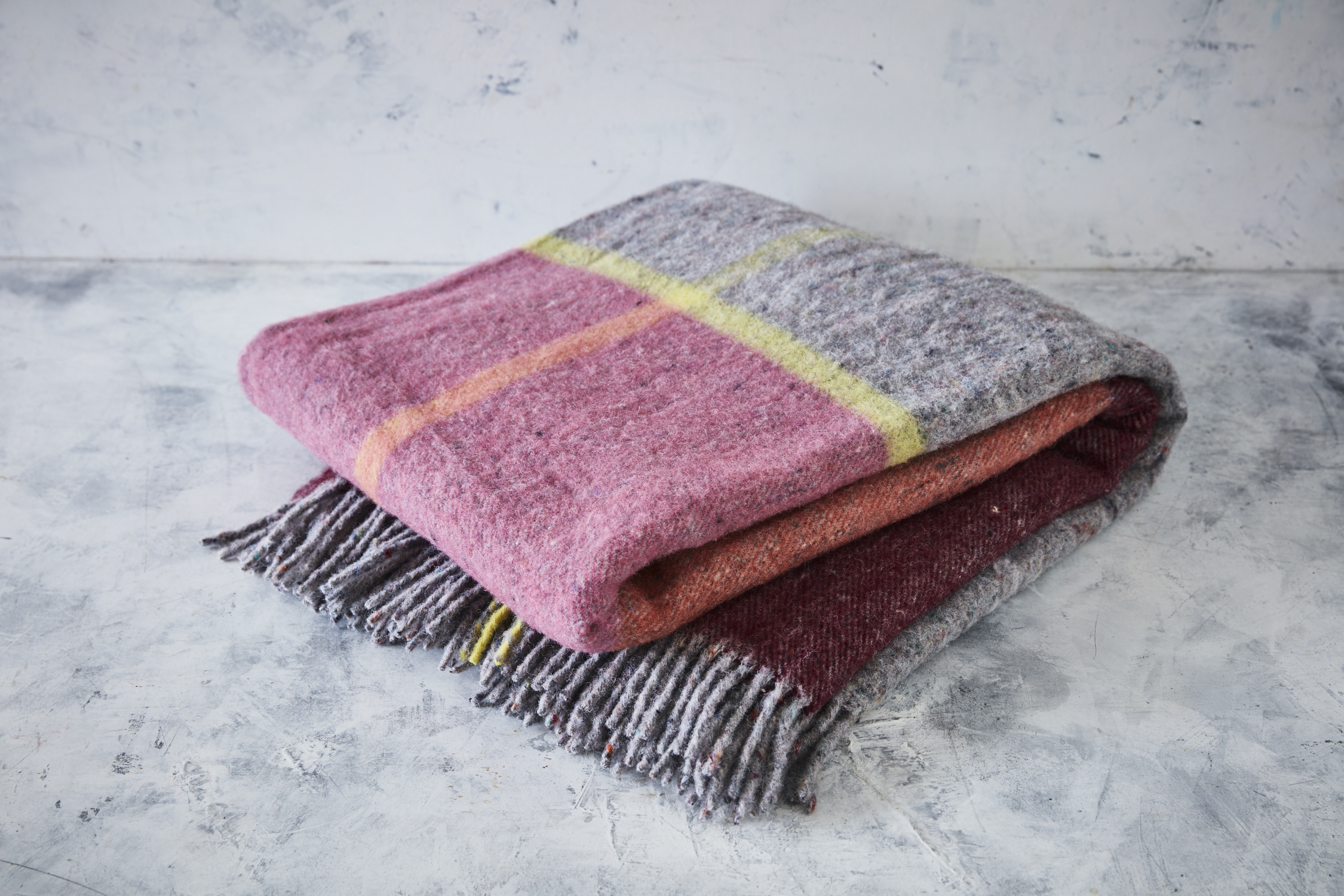 What inspired your involvement in Two Good Throws?

I really wanted to be involved in a charity that was not just about giving, but also about connecting with other humans, because I think we are all dreadfully lonely and we’re not connecting with what matters. The idea of donating to a cause by simply clicking a button didn’t really inspire me. But I wanted to be put to good use, which is why Two Good’s model really appealed to me. What Two Good do is that they connect celebrities directly with causes in a very engaging and meaningful way, which helps communities to want to get involved too.

The other thing I love about Two Good is that they use really high-quality products. Their ethos is that those who have landed in unfortunate circumstances shouldn’t have our sloppy seconds. So with their food, they use organic produce, and with their blankets, they use merino wool. The idea is that the average person in Australia would deem these products good enough and beautiful enough for themselves – in which case it should be good enough for someone in need. It really gets us thinking and starts a conversation about giving.

Then on top of that, when you give with Two Good, you know where the product ends up. For example, I know which refuges my blankets go to. It connects the dots for us when we give. A lot of women in Australia are only one paycheck away from being in this same situation themselves, so we’re connected in a real, tangible way.

So basically, when I stepped away from I Quit Sugar and decided to give my money to charity, I didn’t want to just throw funds at a situation. I actually wanted to leverage myself and engage as a spokesperson. So people can see, “If Sarah did it, I can do it too.” It’s also in my personality. If I have a message I want to get across – I go for it! Whether it’s sugar or anxiety, I treat myself as a human guinea pig and I get out there.

Where do you think that philanthropic nature you have comes from?

I actually don’t think I’m naturally an overly generous person. But I do get fundamentally fired up about wanting to help people. People present me with a problem and I just want to fix it. I was involved in student politics growing up and I was always looking for an outlet to mobilise people. I did tell my mother at age seven that I was going to be the Prime Minister, or live in a nunnery so I could get on with undistracted work!

But as I’ve got older, I’ve witnessed what makes me happy. And it’s not money. Money made me feel trapped, and it was a feeling of incredible freedom to walk away from it. I really feel that having money stops you from being as broad and big as you can be, and from having fun. And let me tell you, every time I do give something away or I make a bold move, I get rewarded.

Something so many women experience - but rarely talk about - is infertility and pregnancy loss. Would you mind sharing your experience?

Of course. I think it’s really important we start talking about this.

I went about trying to get pregnant in an unconventional way, in that I had donors and was setting out to be a single mother. This challenged a lot of people, but so many women experience the same thing, and it’s not at all straightforward. So rather than bury my grief, I’ve decided to talk about it and to think about the fact that – now I’m not going to have children – how am I going to leave my legacy? And how am I going to make a difference?

I don’t want my grief in not becoming a mother to hold me back. I use it instead to fire me up. I want to know what I can achieve as a result of not having a child.

One thing that is worth stating is that I could have kept trying. I tried four times to be a mother, which I know is certainly not a lot. I also didn’t try any sort of trickery – I didn’t take supplements or look into any of that. I decided consciously not to, because after a while, I realised that the reason I wanted to become a mother was to leave a legacy and to make a difference – which I think is why so many people decide to have children. And then I realised that my energy was probably better put to use by helping the humanity on this planet already. It was a very, very hard decision to make. It’s particularly hard because it’s questioning the status quo, so it’s a decision I have to keep explaining to people. And I have to keep explaining it to myself. I continue to remind myself of inspiring role models – like Virginia Woolf and Sylvia Plath – but it’s not really a decision that’s celebrated or accepted in culture, so I need to deal with that.

Apart from reminding yourself of the legacy you're creating, how else are you looking after yourself?

I focus on cooking really well and buying ingredients from the farmer’s markets. This means I’m taking care of myself because I’m eating seasonally, I’m not eating processed foods, and I’m also not contributing to waste by introducing a whole lot of packaging.

I also don’t own a car, which means I walk and ride my bike everywhere, so I’m keeping fit and healthy. And finally, I live by the ocean, which is my biggest form of self-care. I sacrifice all kinds of other things so I can live here and jump into the sea whenever I want to.

I have bipolar disorder, so to focus and stop myself from getting too frazzled, the ocean really grounds me. I also meditate and that’s a real saving grace.

What's your hope for Two Good Throws and the impact it will have?

As well as helping women in the shelters, I hope Two Good Throws inspires people more broadly to think more about how they give in Australia’s marketing culture. I want to disrupt, to get people thinking a bit differently and to get people connected to what really matters.