Alessandro’s birth was what I think they’d call ‘textbook’’: I stayed at home with my husband until the last moment (watching the end of a film we knew we had to finish then or never), and when we finally decided to head to hospital Alessandro was born shortly afterwards with no complications. Pink, plump, and perfect, he came home with us and slotted into our family with (relative) ease.  I was confident with him – relaxed in a way I hadn’t been with my daughter. I knew – or at least felt I could hazard a guess at – what he wanted and when, and he seemed content.

Alessandro woke on 5 June 2019 and felt warm to my touch. I checked his temperature with our expensive, high-tech digital ear thermometer: it read as normal. I Googled “newborn temperature” to be on the safe side, but the guidance of Melbourne’s Royal Children’s Hospital was clear that his wasn’t a fever. Yet throughout the day Alessandro continued to feel warm and so I continued to measure his temperature, the digital reading allaying my fear that he did in fact have a fever. In the afternoon, I spied one of the cheap little plastic thermometers used to take under-arm temperatures, tucked forlornly away in our medicine cabinet (having being abandoned in favour of our more high-tech device). It was then that I finally got an accurate reading: 38.1.

I knew enough to fear a temperature above 38 in a two-week-old baby, so buckled Alessandro and his sister into the car and headed straight for our local ED. We were ushered through the waiting area to be seen right away, and when the ED doctor poked at Alessandro’s skin and turned away from me to mutter something under his breath to the nurse, it dawned me on me that this might not be “just a fever”.

From there began the heart-wrenching nightmare of having a seriously ill child. Now, a year on, my memories of that time come in snatches. Of watching the most highly-skilled doctors try to get fluid from Alessandro’s spine and blood from his infinitesimal veins as he screamed with me powerless to offer comfort. Of disbelief at being sat down by the kindest nurse, we came across to be told that Alessandro had either meningitis or sepsis. Of a transfer to a bigger hospital for Alessandro to receive a two-week course of intravenous antibiotics, which brought numerous unsuccessful attempts to cannulate him in order to administer the antibiotics needed to treat his infection. Of riding the emotional rollercoaster of being told that the confirmed diagnosis of meningitis was likely viral (less serious), only to discover that the wrong results had been reported and his case was likely bacterial. Alessandro’s Nonno in Italy calls him ‘guerriero’ (warrior). He’s not wrong. This boy, this divine giver of the greatest joy, is strong beyond imagination.

We were fortunate in a way I almost cannot bear to think about, and Alessandro was treated so early and so well that he has made a full recovery. This is owed almost entirely to the fact that we had the axillary (armpit) thermometer at home when he fell ill because in truth I’m not sure I would have trusted my instinct that he felt hot if I hadn’t had the thermometer to back me up (it was only in hospital that a registrar told me he’d read a study concluding that mums are as good as thermometers in detecting fevers in their babies).

I can’t think of many things that have the potential to so drastically impact upon a child’s long-term outcomes as a tool that enables potentially fatal illnesses to be picked up early enough for them to be effectively treated. So if you’re a parent of young children, or if you’re pregnant (or if you know someone who is), if you buy just one thing this week make it a thermometer suitable for taking axillary temperatures. Because that adorable onesie you’ve been eyeing off won’t save your baby’s life. But the right thermometer might.

This is what happened to me. And this is me using it. I hope you will, too.

Catherine and Sarah Canning have created a black and white book for babies entitled A WORLD FULL OF LIFE, especially to honour the excellent medical care Alessandro received, with all profits for the month of June going to the Murdoch Children’s Research Institute. The book can be purchased here aworldfullofbooks.com or from selected retailers.

“Our children need us like their future depends on it. That’s why research carried out at Murdoch Children’s Research Institute is crucial, so we can find the best way to prevent disease and treat children to make a world of difference for generations to come. Donor support is vital to our research programs, as we endeavour to make new discoveries that translate into a healthier future for every child.” – MCRI 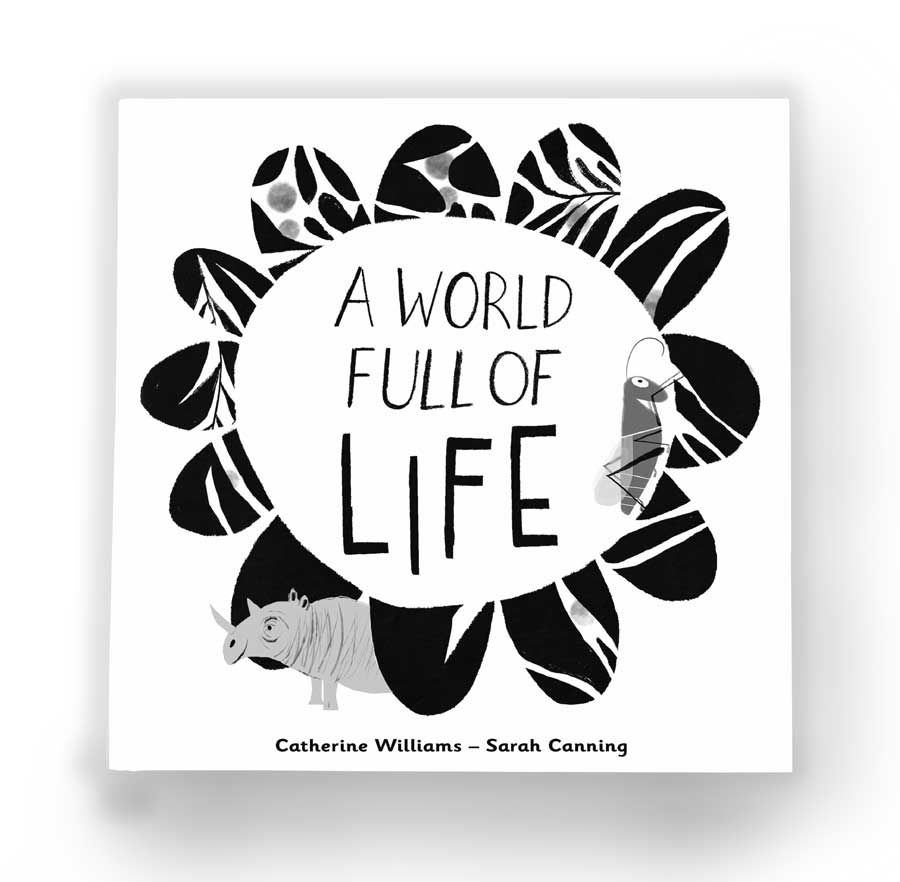 A WORLD FULL OF LIFE www.aworldfullofbooks.com