The Tale of Leonora Bamford 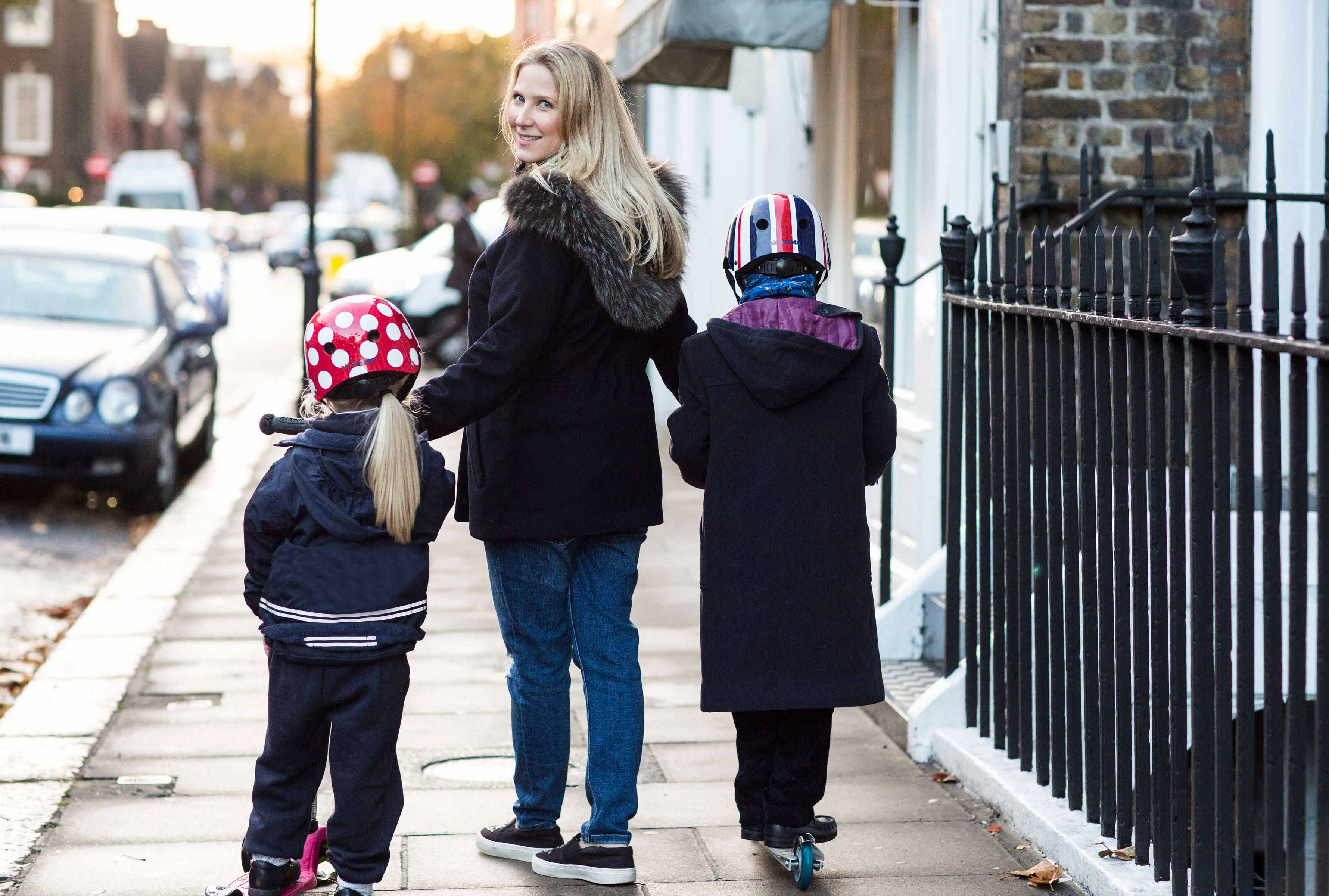 If you’ve got a question about pregnancy or parenting, chances are you’ve already discovered mybaba.com, founded by London-based Leonora Bamford...

Meet Leonora, the brains behind influential lifestyle site My Baba, which helps mothers (including me!) navigate pregnancy and the great beyond with honest, practical advice. If you’ve got a question, it’s been answered by Leonora at some point in the last six years. The idea came from an eye roll: Leonora was up late at night, bashing out yet another email to a friend, answering one of those questions. You know the kind that keeps you up at night: What stroller do I buy? Do I need a bottle warmer? Do I need a maternity nurse? As one of the first of her friend’s to have a baby, she had some of the answers. That was when her husband suggested she put it all on a blog – and My Baba soon became the place to go for London’s most stylish mothers. At the heart of the business is a simple philosophy: help women with a sharp, well-educated edit of All The Information. That way, there’s less anxiety and more room for the joy of motherhood. “That’s what it should be – but choosing a pram can make you feel like you’re about to have a breakdown,” she has said.

Leonora, a member of the Bamford family (behind the amazing Daylesford Organic farm), has used her access to London’s most-sought-after experts to make My Baba a fail-proof resource. As a working mother, her life has the kind of balance that sounds like a dream: the mother-of-two (she’s expecting baby number three any day now) spends her weekdays in fast-paced London and her weekends at a farm in the country. “I had an idyllic countryside upbringing and lots of time outdoors,” says Leonora, who strives to give her children a connection to the land that she and her family cherish. “My son goes out with the farm manager and knows all about the eggs and the creamery and the cattle, all the way down to the abattoir – which the children haven’t gone to yet because I think they’re too young,” says Leonora. “But when they’re older they’ll go. I think it’s really important that if you sit down to a meal, you know where it comes from.” We caught up with the stylish mother-to-be to discuss the juggle, the struggle and the joy of motherhood. 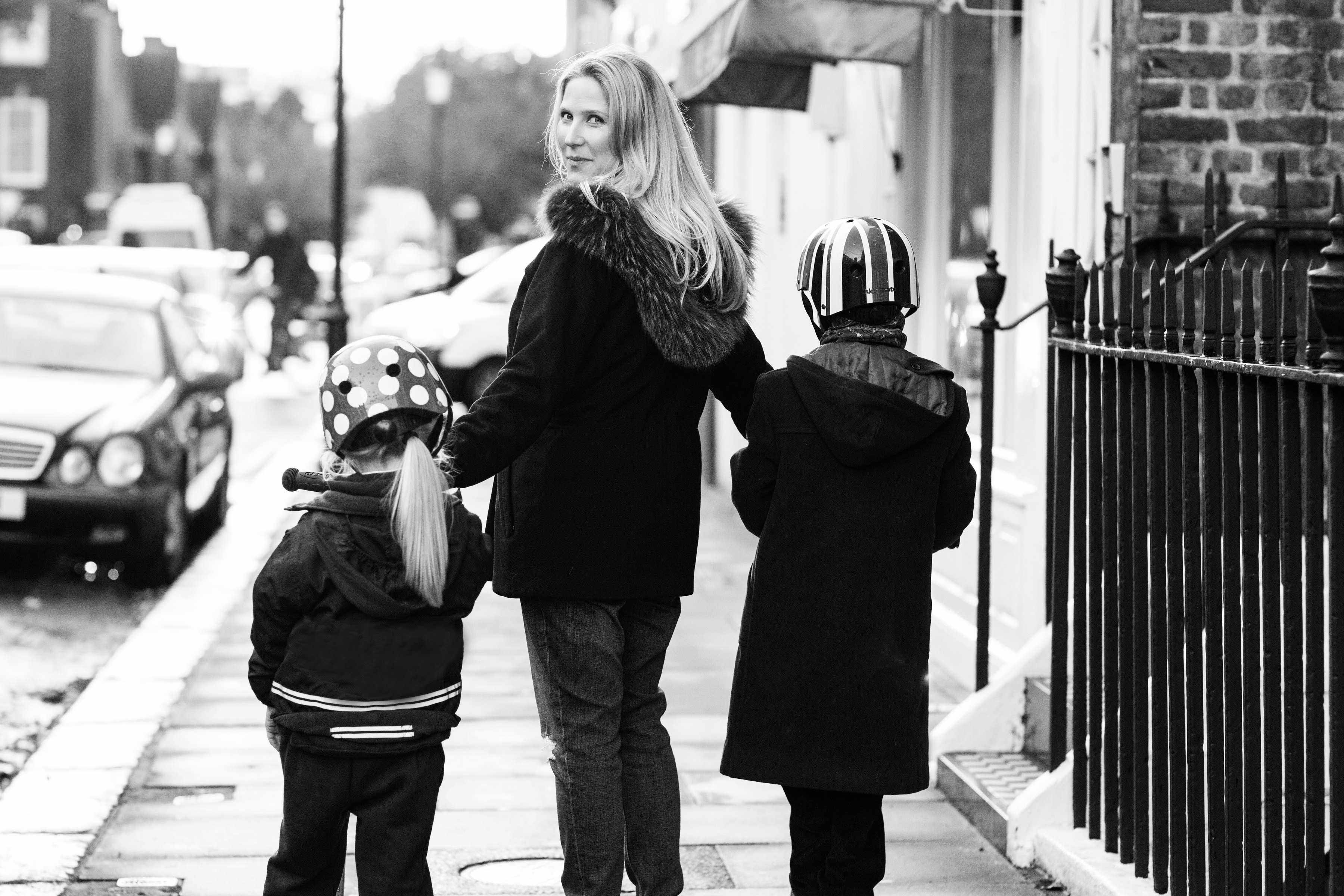 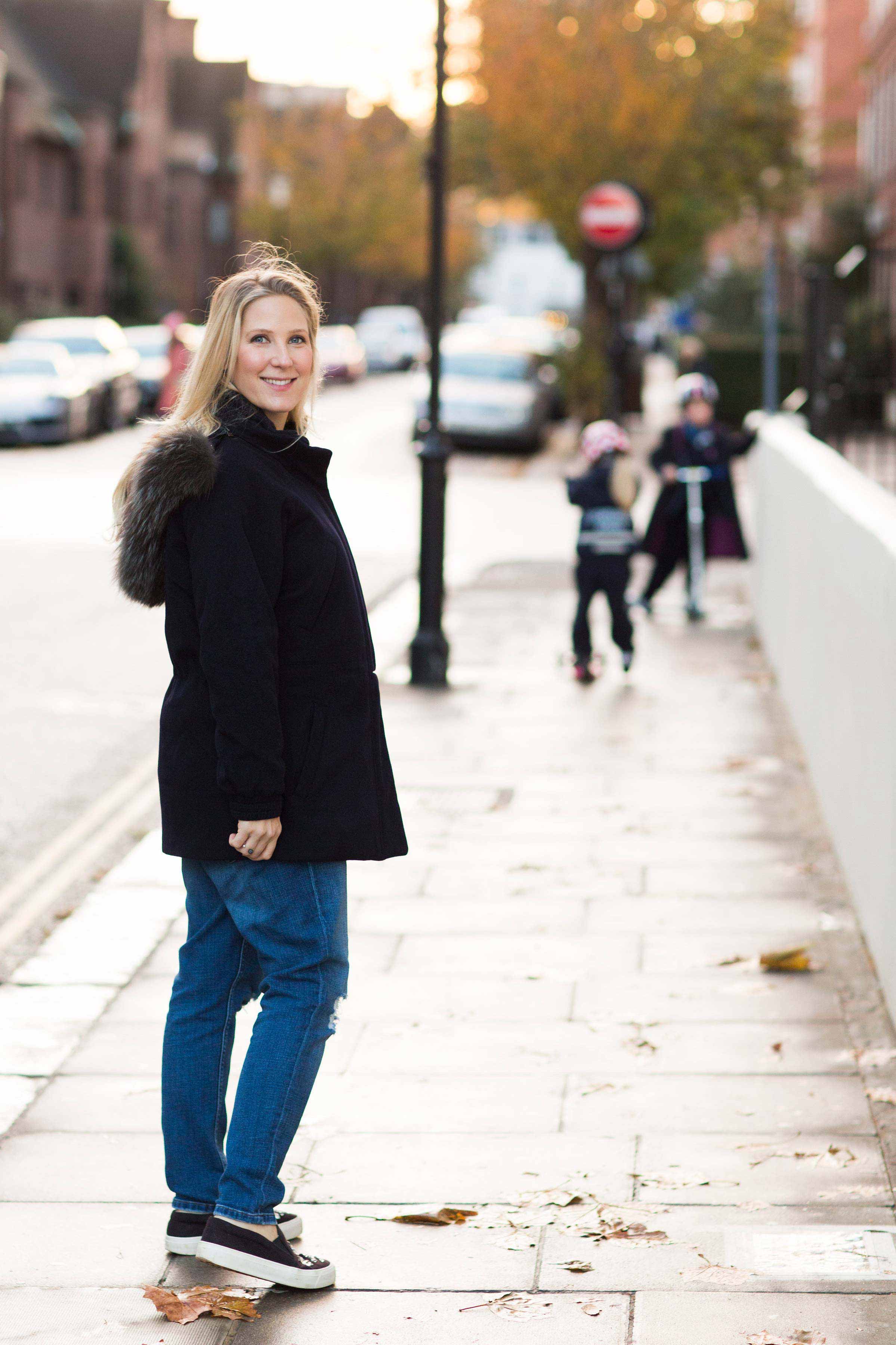 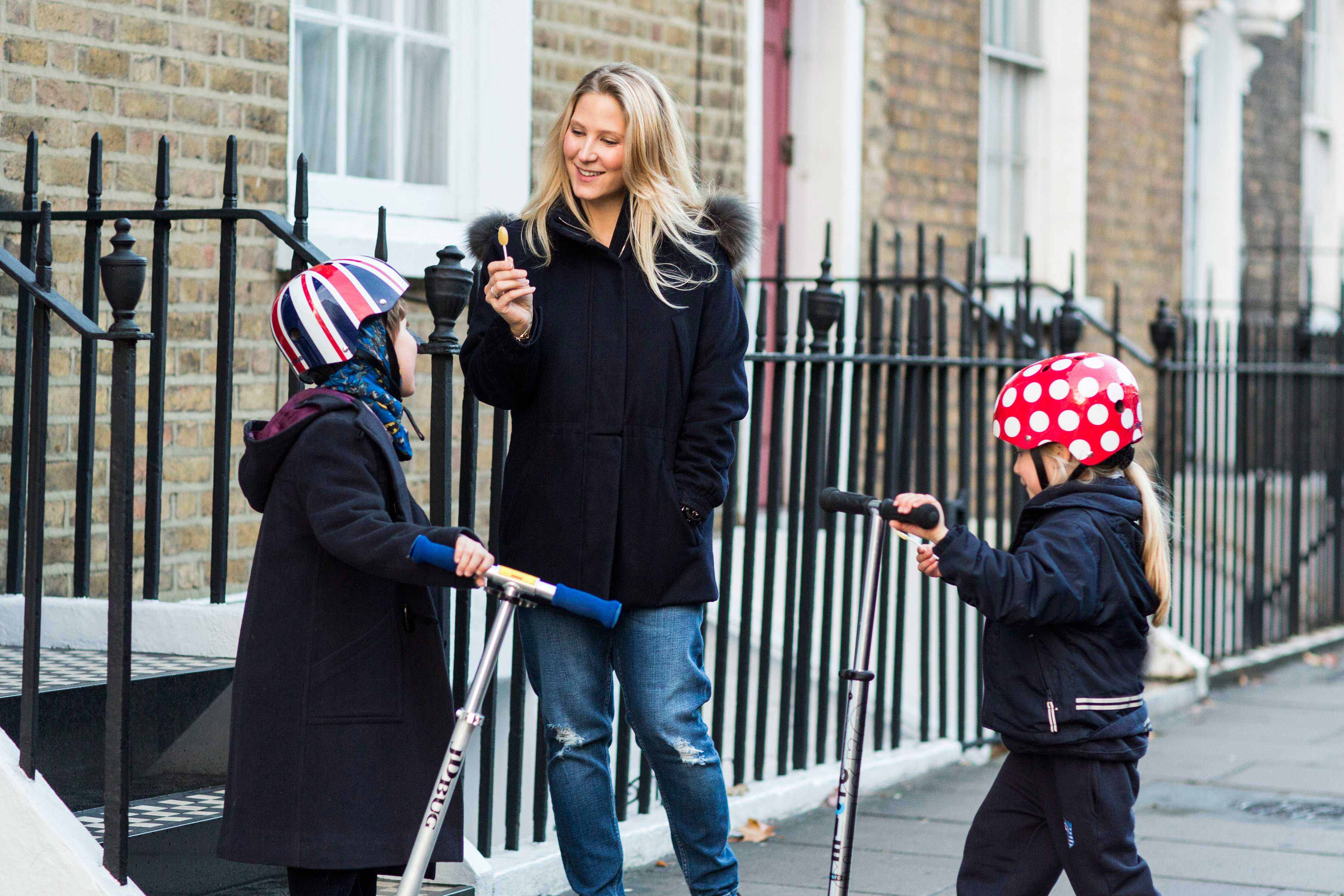 I am the youngest of three with quite a gap, and I’m repeating that with my own family...

I have two older brothers and funnily enough, I have kind of done the same thing because my kids are 5 and 6 so when I have this one they’l be 5 and 7, so almost same age gap as me and my brothers which is really odd. There’s never a form to go by, but I feel so blessed. I’m so excited and it’s really cool that the kids are very excited too.

I learnt so much from my mother about being a mother...

There’s so much she taught us as children. I speak to her and my father every single day. And it makes her laugh because sometimes I just call her and say, ‘I’ve got two seconds and I need to know how long do those eggs need to go for or how do I do the topping for the Shepard’s Pie.’ I ask for her advice all the time.

My mother is so calm, and even though I think I’m more like my father, she really did teach us to keep our cool...

It’s funny because you never really know how you’ll behave in a crisis until it happens. A couple of months ago my son had a riding accident and he came off on one of those jumps. I literally launched myself off the side of this very high fence. I probably shouldn’t have been doing that when I was pregnant but my instincts just took over and I was there by his side before he even got up. And that is something you don’t really realise you’ve got in you until it happens. 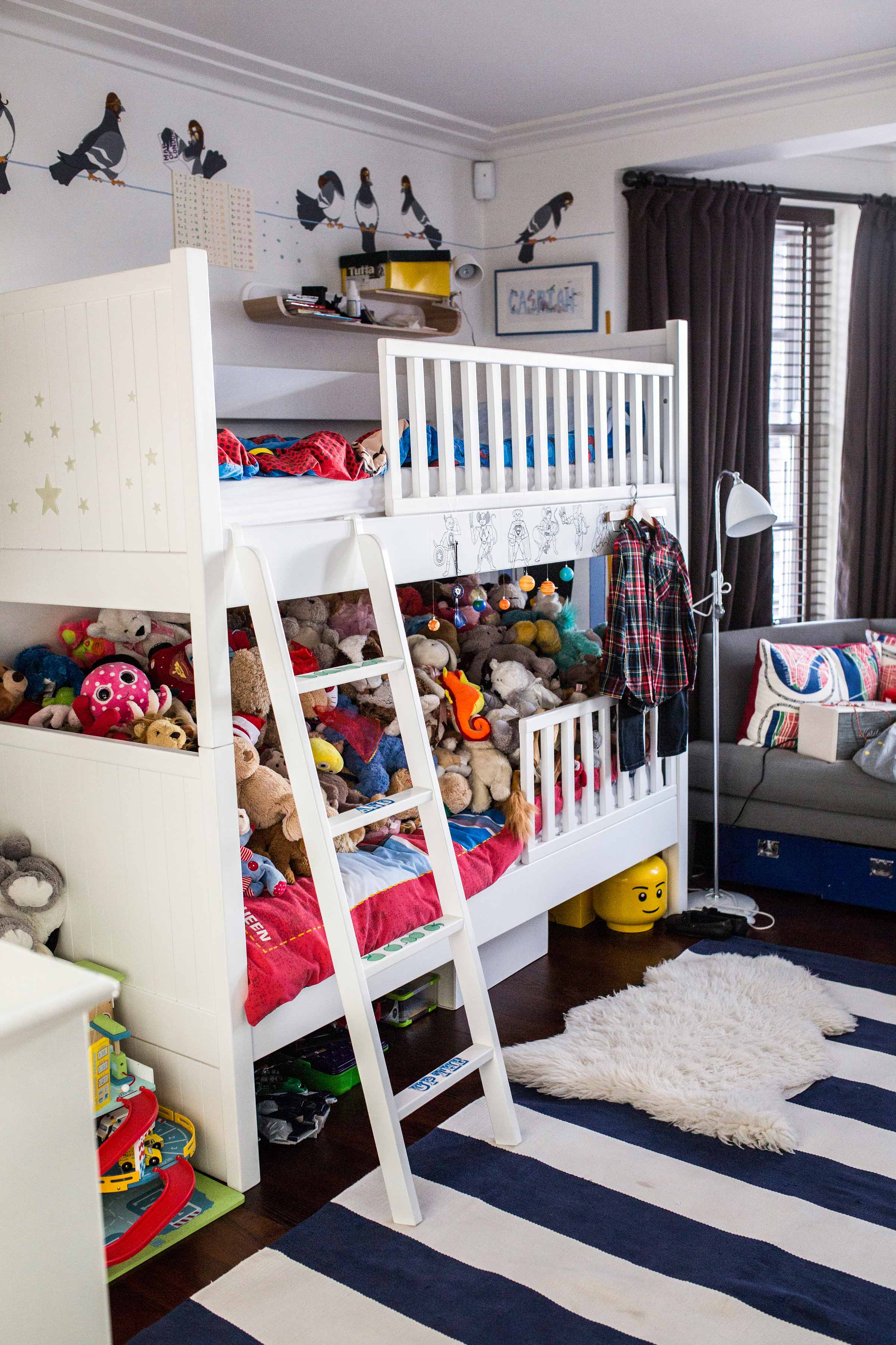 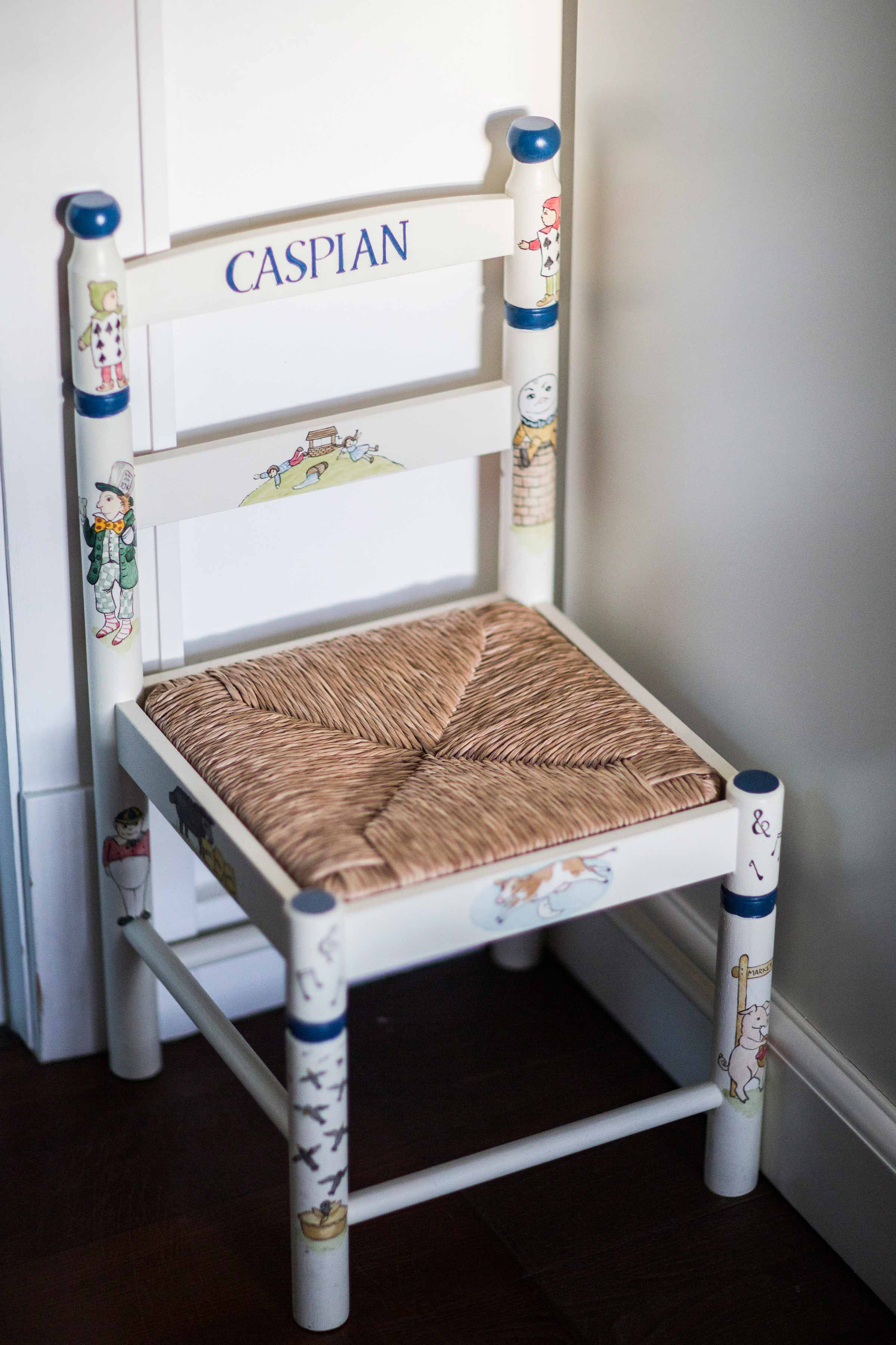 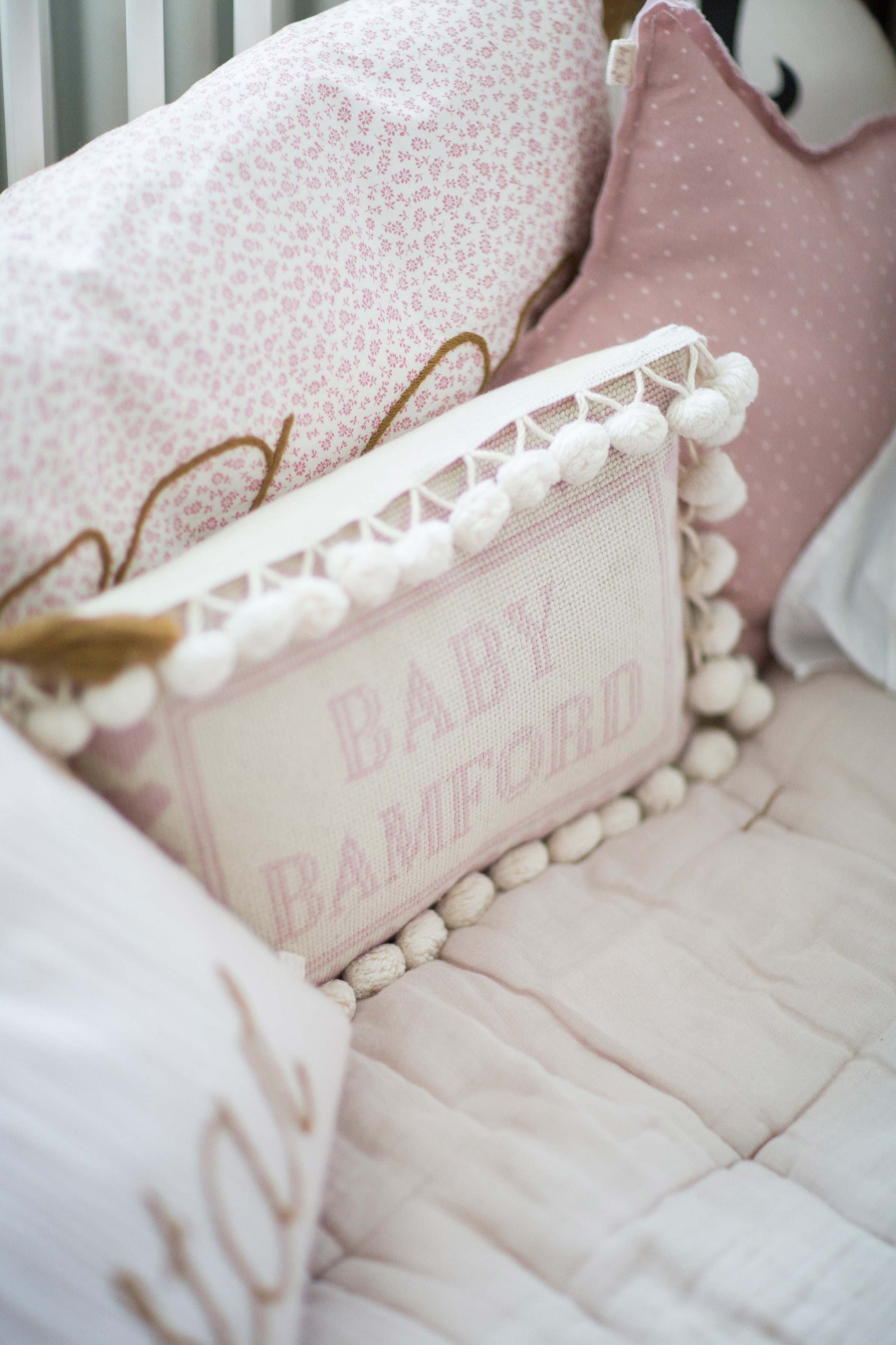 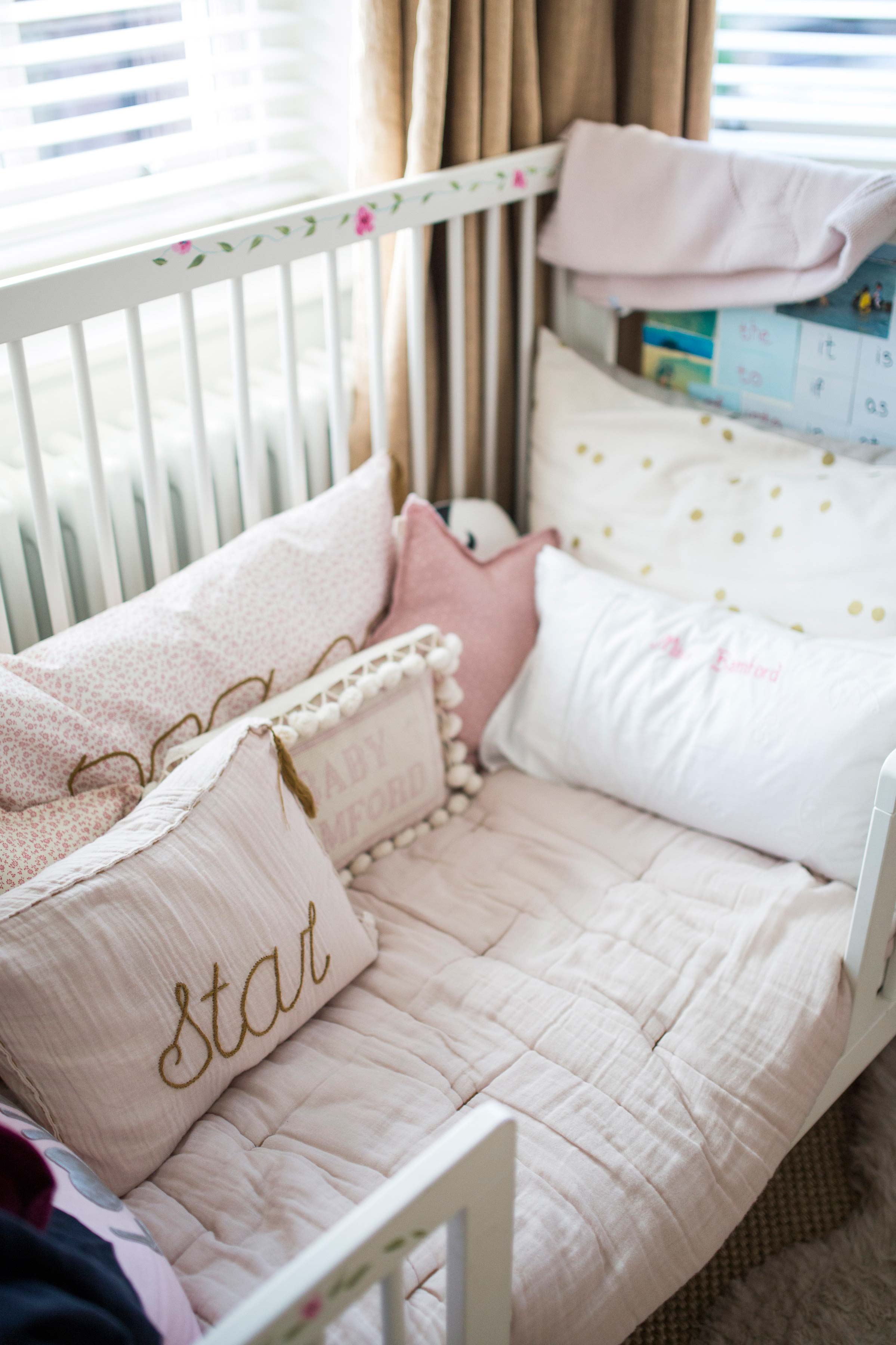 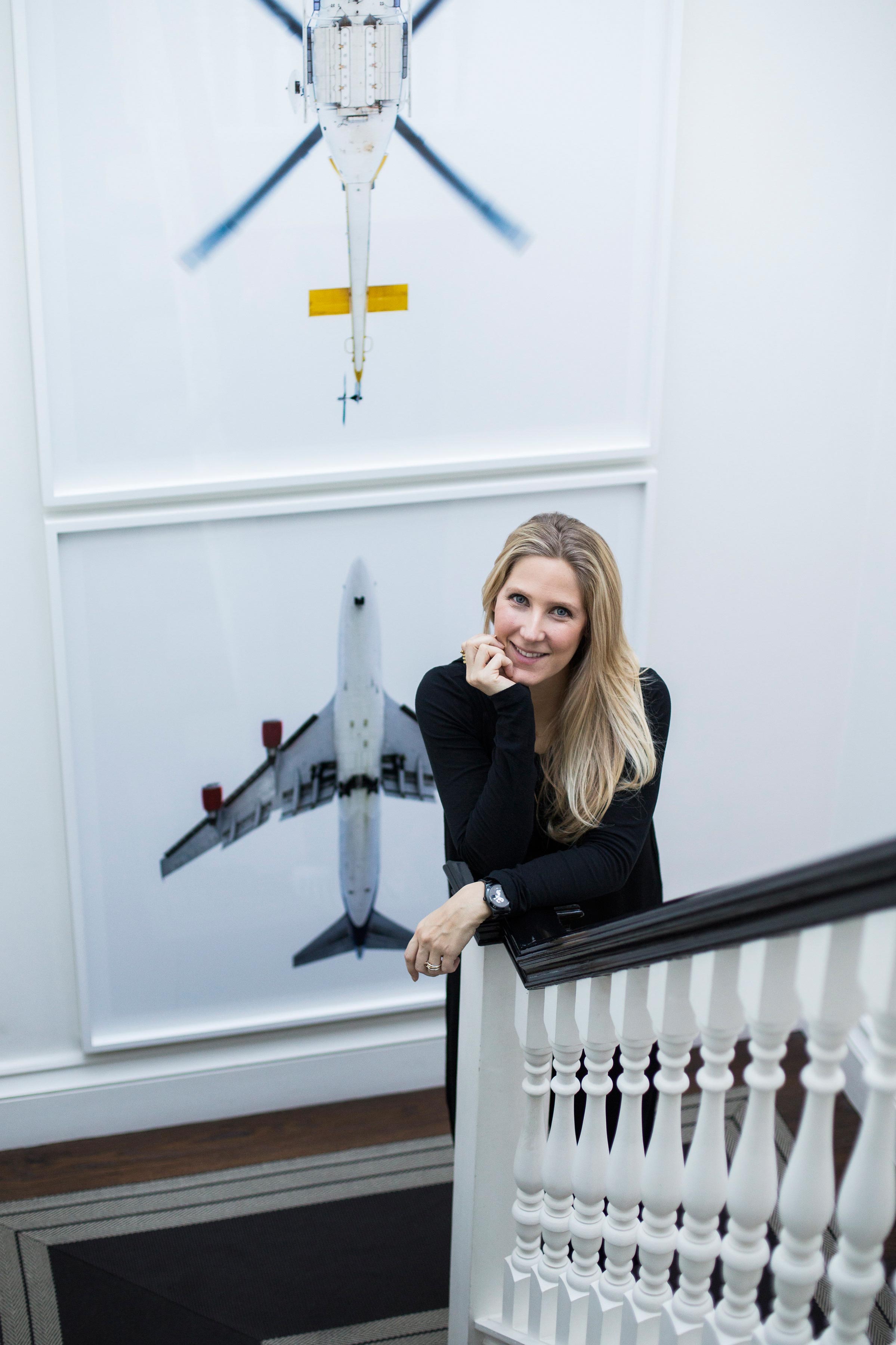 The most challenging thing about being a mother is something I don’t think I’ll ever overcome...

I’m a worrier. I never used to be. I was one for those people who would go bungee jumping and never had any fear. Well, I have it now. I worry all the time. I worry when children aren’t with me, whether they’re at school or with the nanny. I’m always worrying. I think most mothers have it – it’s that realisation that this tiny little being is totally dependent on you for the rest of their life. It’s a wonderful feeling but it’s quite scary at the same time. I’d love to be one of those relaxed parents. You know when you see kids running down the stone stairs? My husband always says, ‘just leave them’ but I can’t help stopping them.

I wasn’t the healthiest growing up, but I’ve learnt so much about the fact that you are what you put in and on your body...

I went to boarding school from a young age, and my idea of a snack was a Flap Jack covered in chocolate. But in the last 15 years I’ve learnt about organic farming and I now think about everything I consume, from the cream on my face to the milk we’re drinking or meat we’re eating. Of course we still have blowouts and treats on the weekend but I’d say we are health conscious. And the children know where our food comes from. From the roast chicken to the carrots to the butter, they understand.

I can’t believe it’s been six years since My Baba started...

My career started in corporate finance and then when I got married I took over my husband’s photographic studio. My blog started off as a hobby really, which I would focus on when I had a few hours here and there. As the children have started nursery and now school, I’ve been able to spend more time on it. It’s grown organically into a lifestyle website… although I have to say it’s taken over now and I feel completely overwhelmed. But I have brilliant people around me. 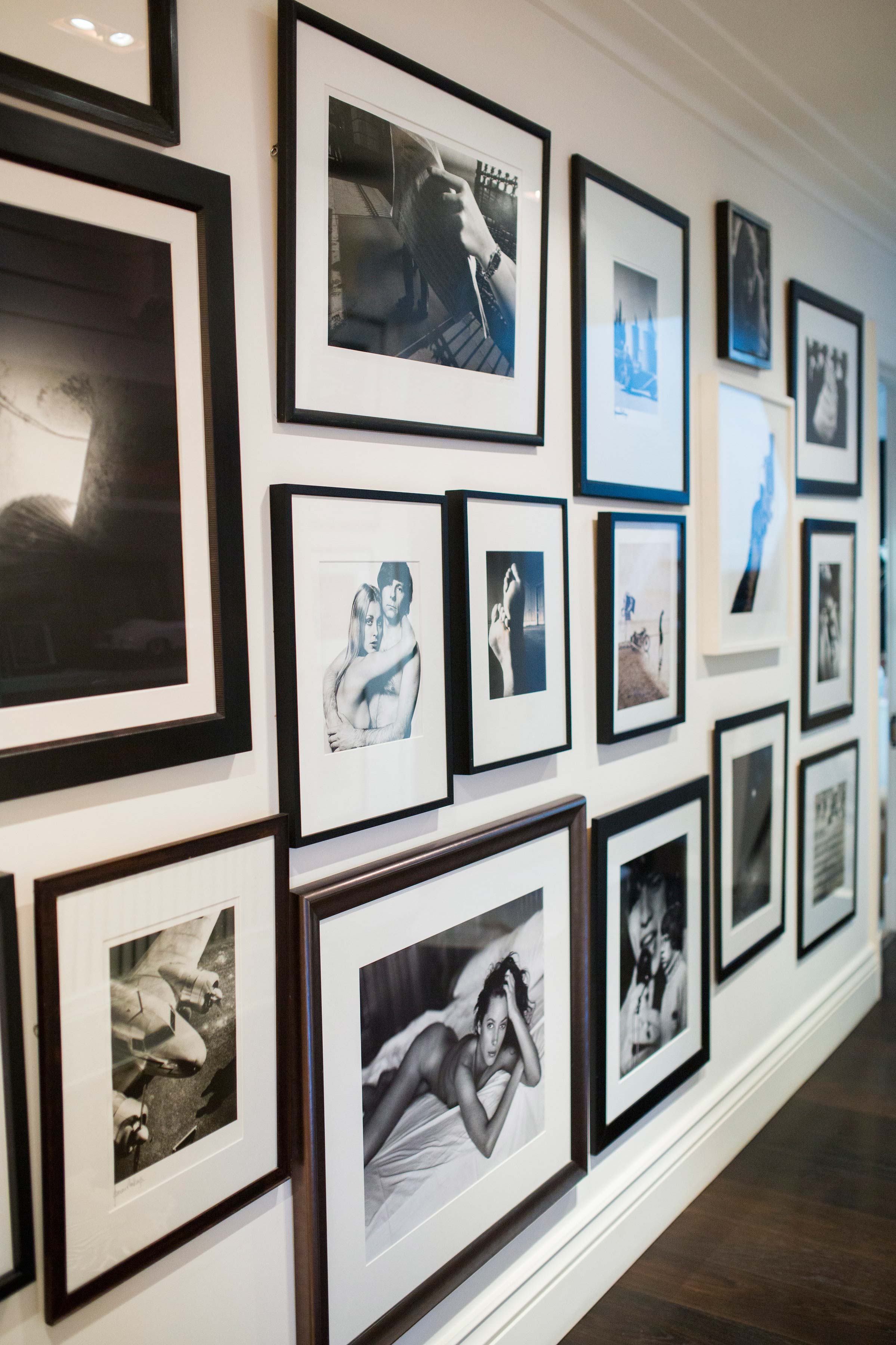 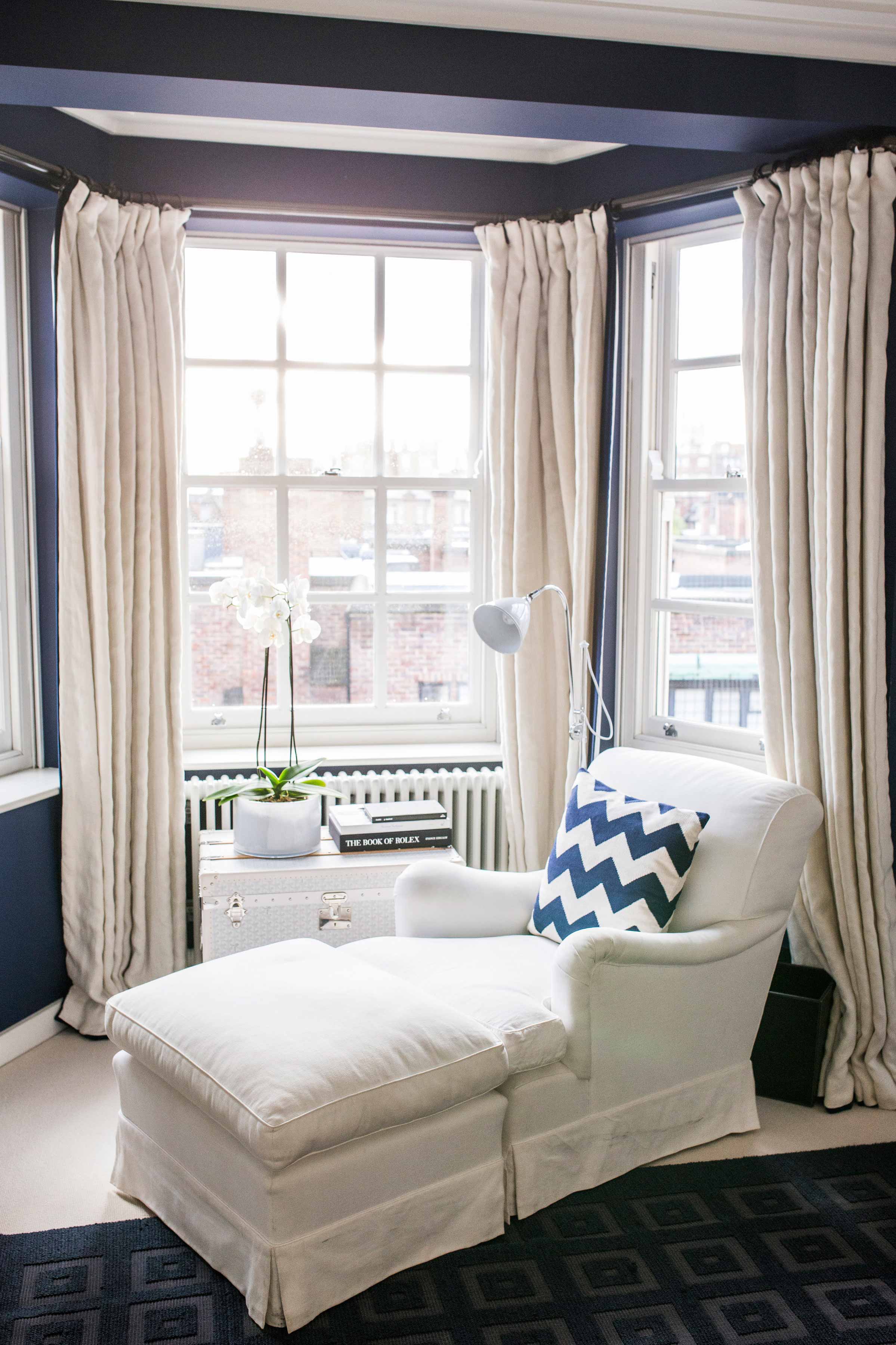 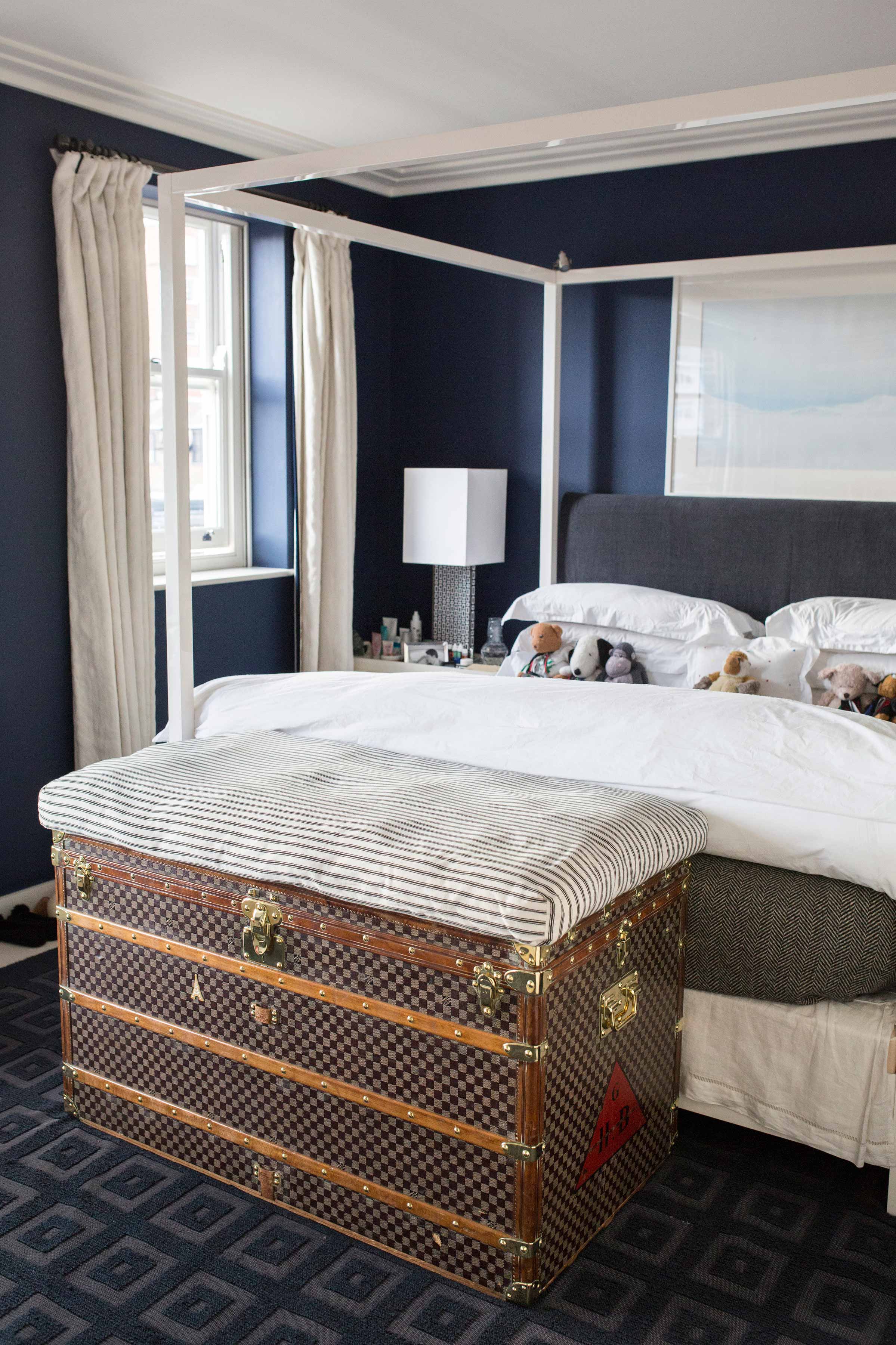 The best business advice I’ve been given came from my father...

He said to me that always ring true. One is that the grass is never greener on the other side. Even if you’re sitting there looking at other people and what they’re doing, don’t think it’s so much easier or better. Do what you’re doing and be happy. And the other thing he said was to know when to walk away from a deal. It’s hard but it’s so important when you’re trying to make something work that you need to walk away from.

I try to achieve a separation between work and family time...

I read Thrive by Ariana Huffington and she said to leave your phone when you come home. And it’s been one of my New Year’s resolutions. And I really try hard. It doesn’t always work because you hear the phone buzzing and you wonder what’s happening. But I think it’s so good to try and have that separation, for your children and your marriage. So often my husband and I sit down in the evening and we’re on the couch checking Instagram! 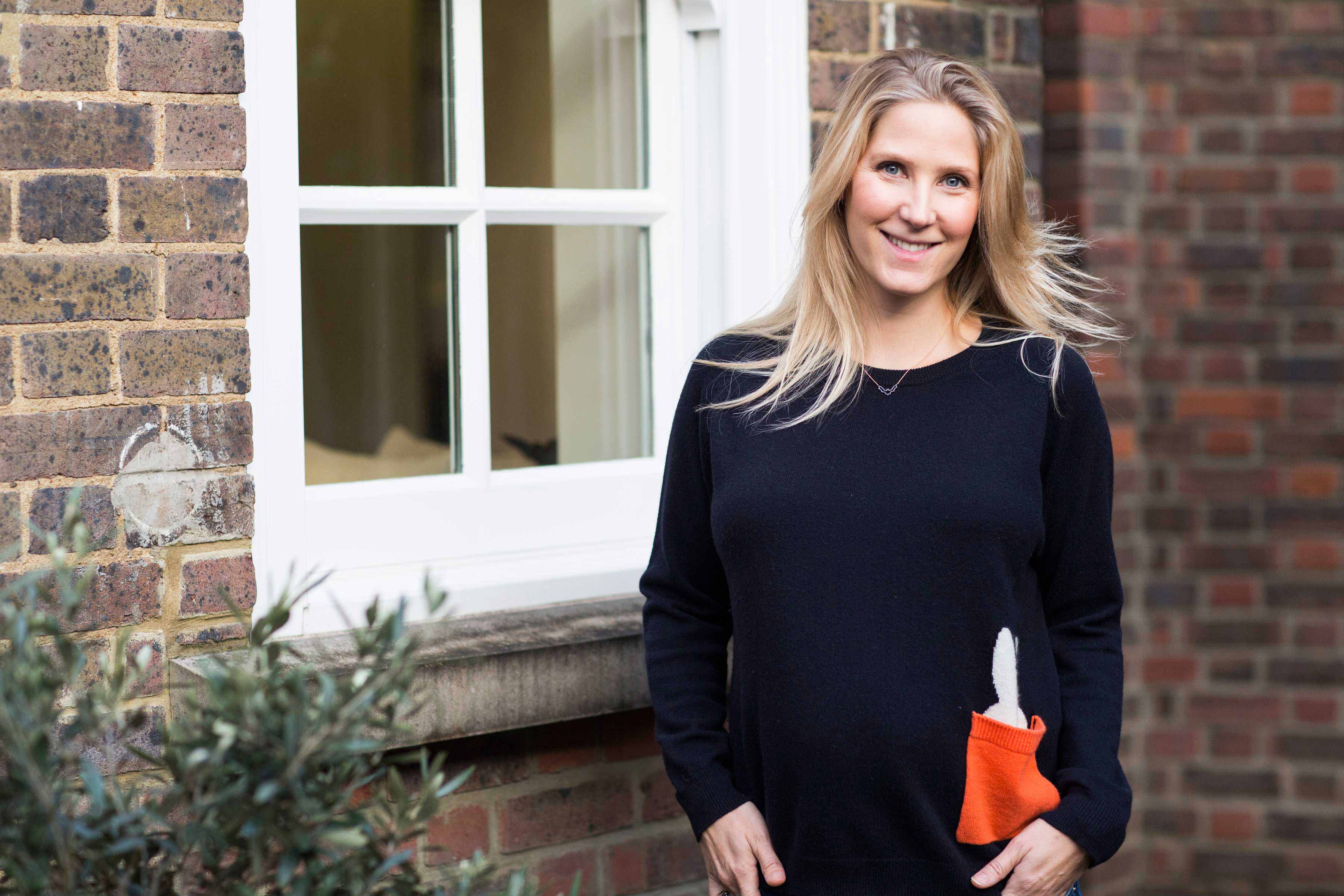 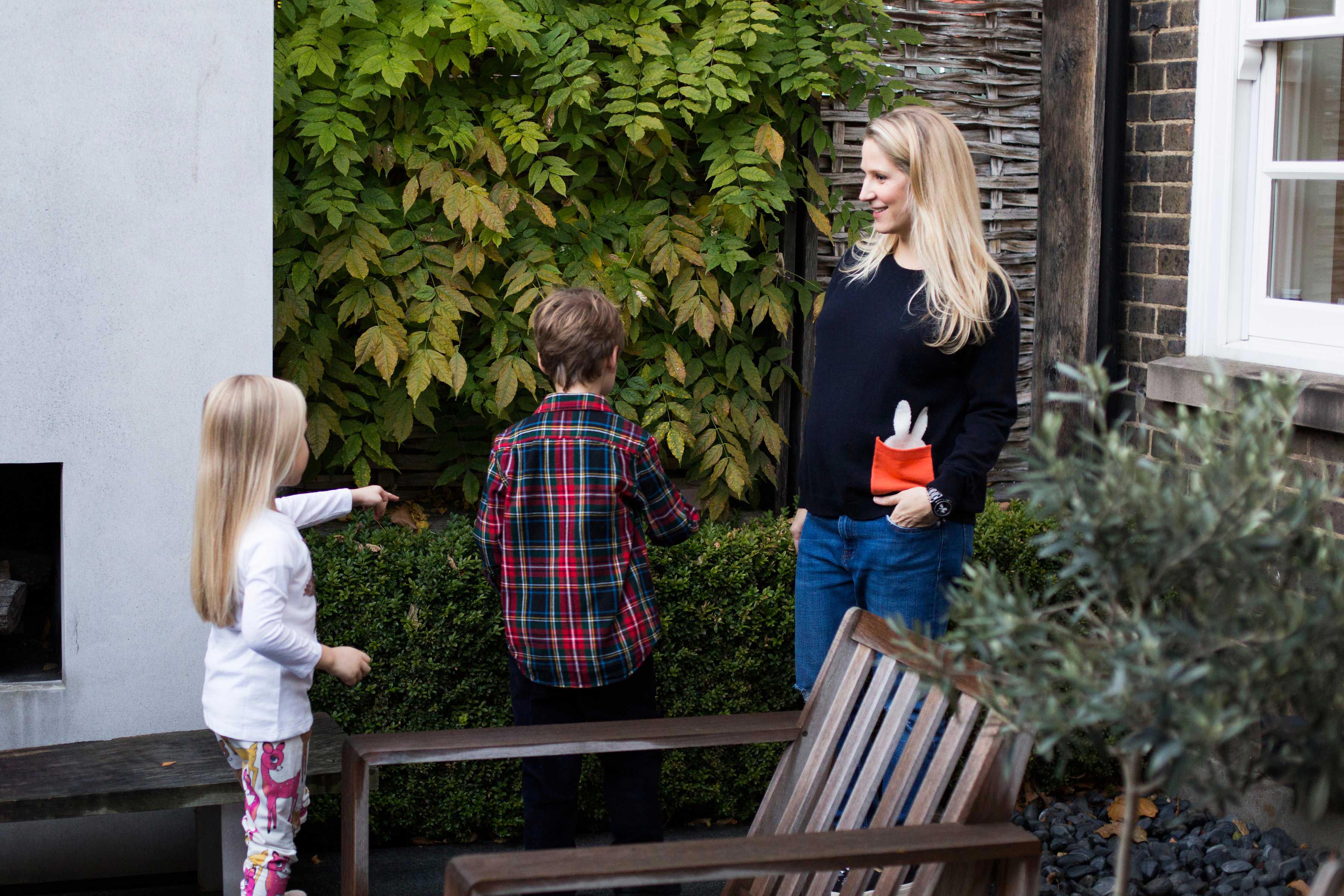 Leonora in a flash:

I wind down: with a massage or reflexology, a walk with the kids and the dogs, meditation.
I spend four minutes on my face in the morning: I cleanse and moisturise with Omvizia and then a once over with Charlotte Tilbury’s Quick Palette, concealer, powder, blush and lipstick if I need a bit of colour.
My approach to interiors is: no more white fitted sofa covers! I try not to have too much clutter which is hard with kids. I’m not too precious but tidy.
Coffee or tea? Both
Typical breakfast: Peanut but on toast or Daylesford porridge.
Exercise of choice: Pilates
Heels or flats? Flats at the moment!
Baby bag: Pink Lining
Sunglasses: Ile Stiva
Dream travel destination: Mustique
Websites you regularly visit: Sheerluxe
Last thing you bought for yourself that you love: Miu Miu dress, nothing fits at the moment and this little black number makes me feel great.