After 9 Cycles of IVF, I Decided To Become A Fertility Guide

The top 8 beauty ingredients to avoid during pregnancy 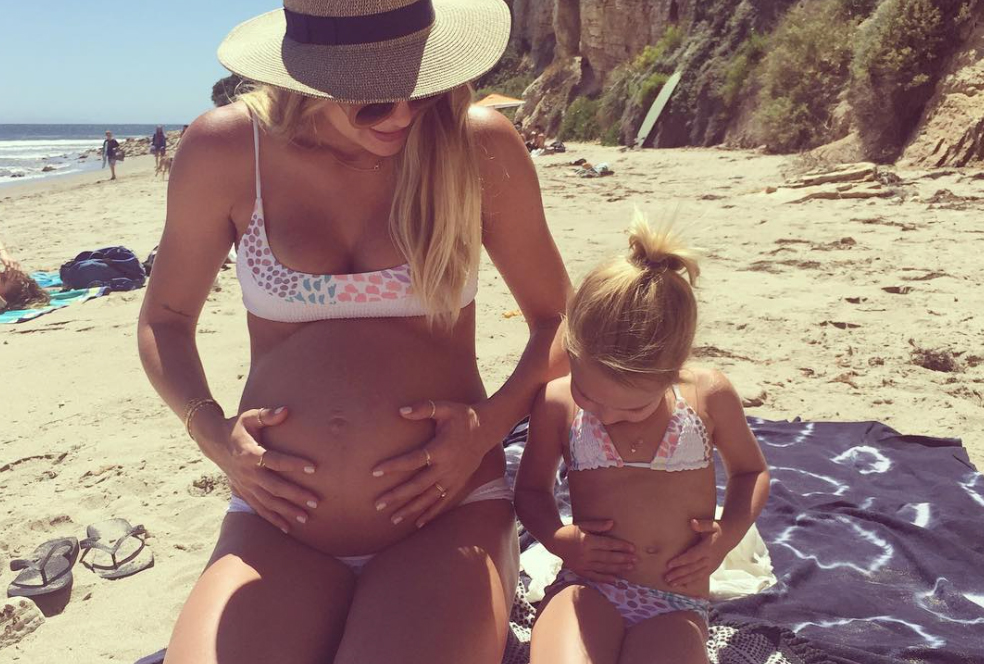 If caring for your skin isn’t confusing enough during pregnancy thanks to raging hormones, there is also the worry that what is already in your beauty cabinet is actually safe to use.

While some formulas seem harmless, such as natural skincare, they may actually be the opposite. Beauty editor Sarah Brooks-Wilson spoke to Aveeno dermatologist Dr Li-Chuen Wong and skin expert Emma Hobson from The International Dermal Institute to find out what’s safe to use during those glorious nine months.

Many doctors recommend pregnant women should screen and avoid using any product containing vitamin A (retinol) and its derivatives such as isotretinoin, retinoic acid and oral retinoids. The reason being is that high doses of vitamin A can, in extreme cases, can cause birth defects and liver toxicity. And while just a small amount everyday may seem harmless, it can build up, so it’s best to avoid.

While this zit zapper is great for hormonal acne and small amounts of salicylic acid have been deemed safe, high doses, or use of multiple products containing low doses have been advised to be used with caution or avoided. Hobson says that if there is any possible risk, its just best not to use it.

Not all essential oils are banned during pregnancy however there are some commonly used oils that are to be avoided. Top of the hit list are: peppermint, basil, cedar wood, celery seed, nutmeg, citronella, clary sage, jasmine, marjoram, rose, juniper berry, myrrh, cypress, parsley and rosemary. The best advice Hobson gives is to only use pre-blended oils that state they are ‘safe to use during pregnancy’ or seek the professional advice of a clinical aromatherapist who can advise what is safe and what is not.

Mostly used in the treatment of hyperpigmentation, in particular the melsama, which is brought on by pregnancy, it is on the list of ingredients to avoid by obstetricians.  Why? “It has a relatively high systemic absorption rate, thirty to forty percent, and there are currently no sufficient studies to indicate its level of safety during pregnancy,” says Dr Wong. “For this reason its best to avoid use until further studies have been conducted,” she adds.

Never heard of it? Nor had we, but this potent ingredient found in antiperspirants affects the cells that produce sweat. So avoid. “Now is definitely the time to switch to natural alternatives,” advises Hobson.

Hobson says that using botox is not approved “due to the sheer lack of medical research on the safety data of the bacterium on fetal development”. You’ll find most cosmetic surgeons and dermatologists who use botox are against using it during pregnancy. “This is because due to the increased blood flow throughout the body during pregnancy, the movement of the bacterium through the body could be more aggressive and thus more dangerous.”

Don’t get these confused with BHAs as there’s no need to boycott these ingredients, says Hobson, in fact “Lactic acid (derived from milk) and glycolic acid (derived from sugar) are the best choices of hydroxy acids for someone who is pregnant and wants subtle exfoliation.”

Although it’s not high up there on the list of no no’s many obstetricians recommend limiting your exposure, says Dr Wong. Go for nail polishes that are labeled “3-free” or “5-free” and don’t have gel manicures as they are particularly high in formaldehyde. And, ditch hair care products like hairspray due to their possible carcinogen properties.

Although some derms say chemical sunscreens should be avoided, Hobson says there is currently no evidence from any research study to substantiate this claim. That said, “If you have any concerns, use mineral sunscreens instead like zinc oxide and titanium dioxide,” she says. The same applies to the active ingredient in self-tanners, dihydroxyacetone. It’s best to avoid, as its one less chemical going into the body.